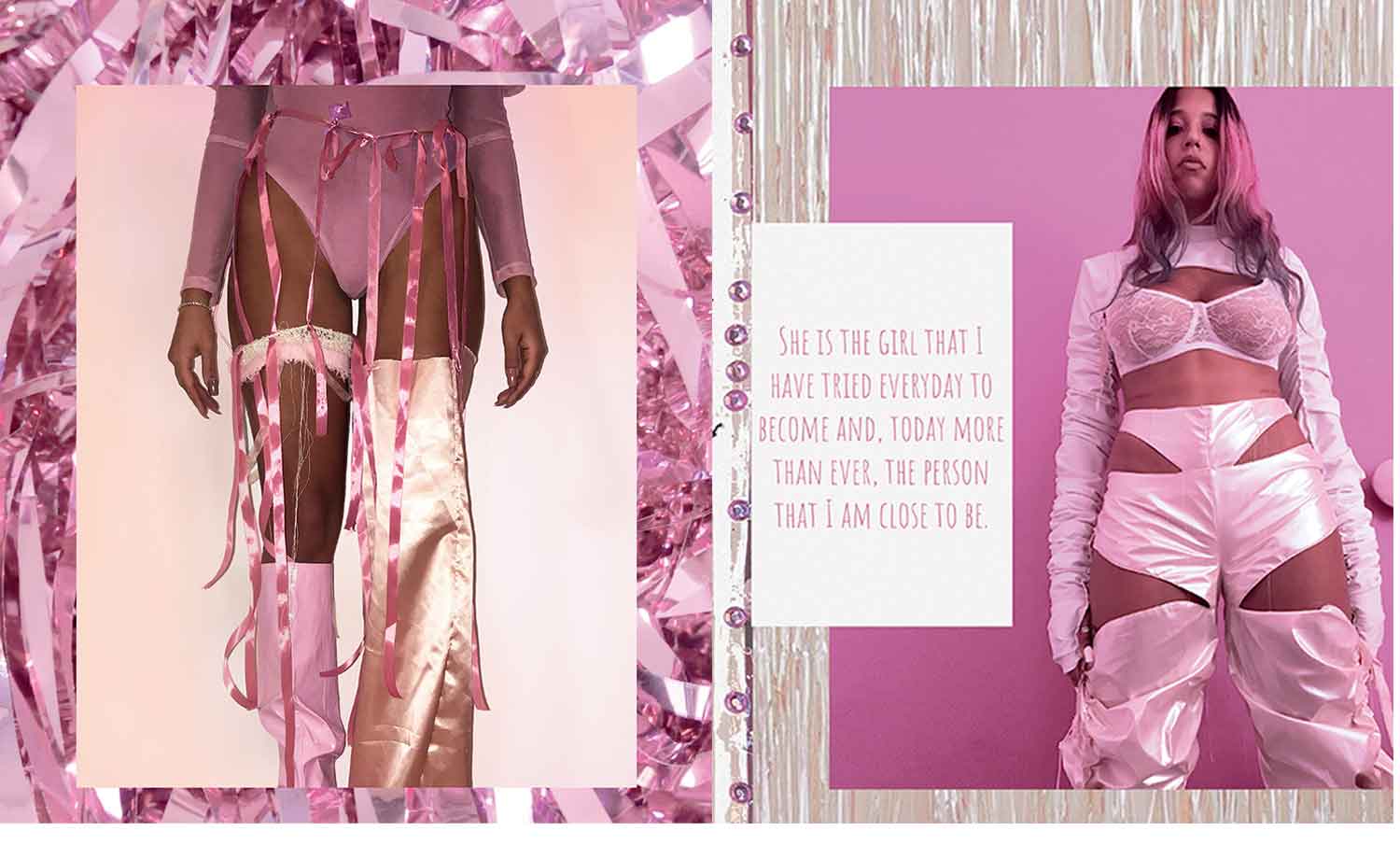 Elisa strongly believes in the idea of using her own body to make a statement about her inner self: she wants for the garments to be an extension of the soul, like a direct line to the mind. Layers over layers of skins: stratification is definitively a key world of the collection. This concept represents the very starting point of her collections. She plays with her image to visually represents the idea that she wants to promote and this is the way in which Dreaming Eli was born. 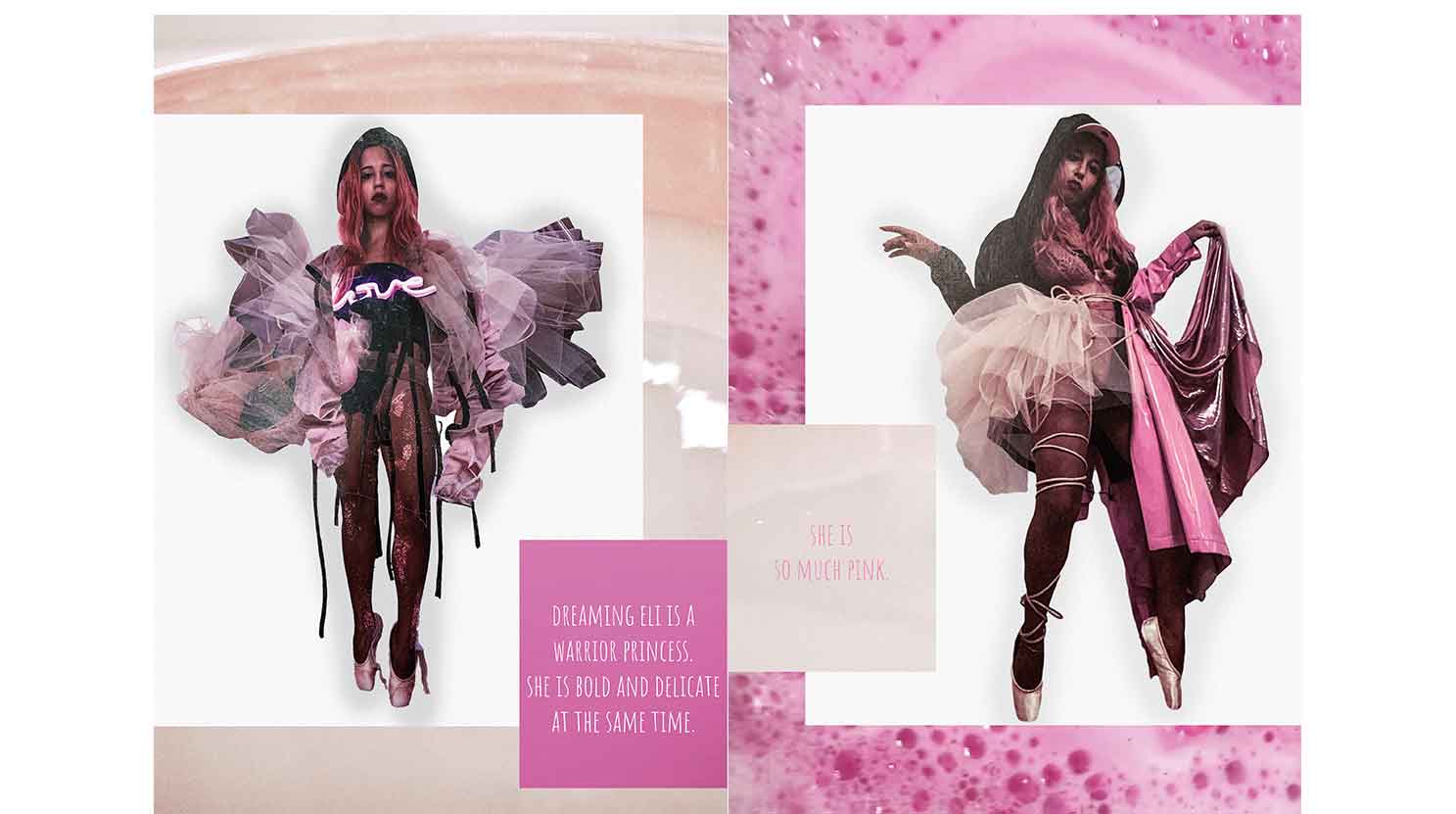 Dreaming Eli unstoppably fights against the stereotypical idea of pink, that marks it as boring and unintellectual. She wants to prove that this powerful colour can be much more than superficial beauty, by using the coexistence of opposite stereotypes to create something unique. This is exactly what the designer’s core is about: a mixture of the two opposite versions of herself. Half pink, half black. Pink haired, dark-skinned. Still dreaming and romantic, but also ambitious and determined. As a fashion designer, Elisa chases this very dualism. Her collections are inspired by both army and lingerie, hip hop and sensuality, oversized garment and body-conscious silhouettes. On this concept is based her whole design process: taking inspiration from two opposite and banal stereotypes and mixing them up in order to create something impossible to be stereotyped. 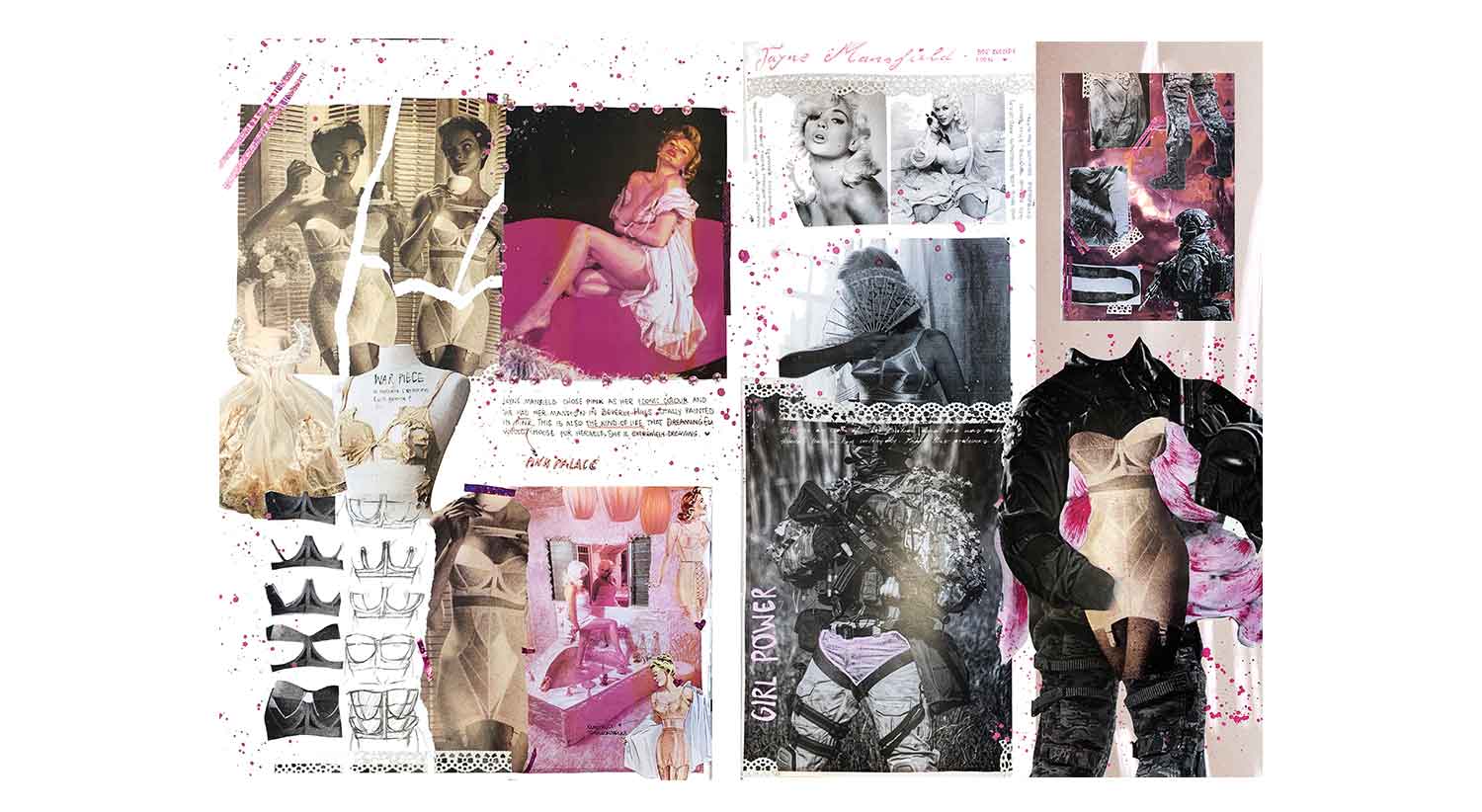 In her final collection, the garments references are taken from fighting functional clothes and from lingerie meant to be used as outwear: this actually became Dreaming Eli’s armour. In order to bring together these opposite worlds, the designer uses collages, creating the final image of her muse: a warrior princess. A strong and sexy woman, with a note of romanticism and fragility. The next steps in the design process are represented by draping, sketching and toiling, in a consistent and continuous development that will then give life to the final line up.