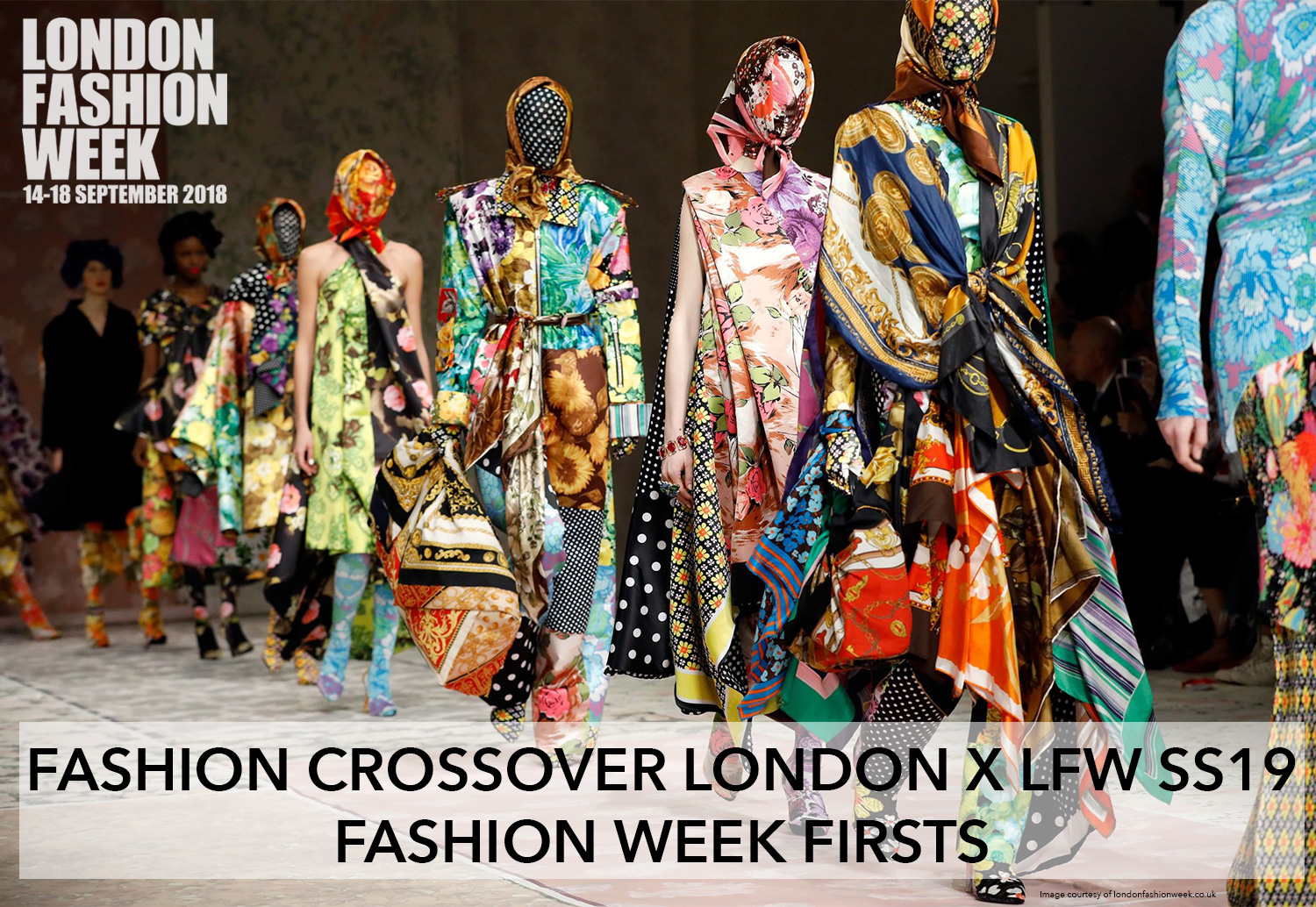 The 68th London Fashion Week saw a first for many designers and fundamental changes in the fashion industry. The fashion sector remains one of the most vital aspects of the UK economy, with the industry contributing £32.3 billion to the UK economy in 2017 – a 5.4% increase on 2016. The fashion industry remains a major UK employer with 890,000 jobs across the industry, up 1.8% on 2016.
#FurFree
This season, The British Fashion Council (BFC) made an announcement that pleased animal lovers everywhere. The BFC surveyed all 80 designers featured in the programme whether they will be showing real fur, "The BFC survey results reflect a cultural change based on ideals and choices made by designer businesses, international brands as well as consumer sentiment." Due to the feedback, an announcement was published stating LFW will be going fur free for the first time, the decisions were, "also encouraged by the stance of multi-brand stores who are moving away from selling fur", the statement added.

#GraduateTalent
In addition to the fur free announcement, the BFC also made some amendments to their Designer Showroom. Located in the Store Studios at the BFC’s official venue, The Strand, the Designer Showrooms showcases over 150 British and International designers. Out of the four fashion capitals, London remains the only city that hosts Designer Showrooms in the same venue as the official BFC Show and Presentation Space. Presenting a diverse and rich selection of products, the British Fashion Council Education Foundation. introduced a graduate designer section, to promote and showcase six young designers and their graduate collections. The newly introduced graduate section, attracts young people with an exceptional talent and potential to make an outstanding contribution to the ever-growing fashion industry. 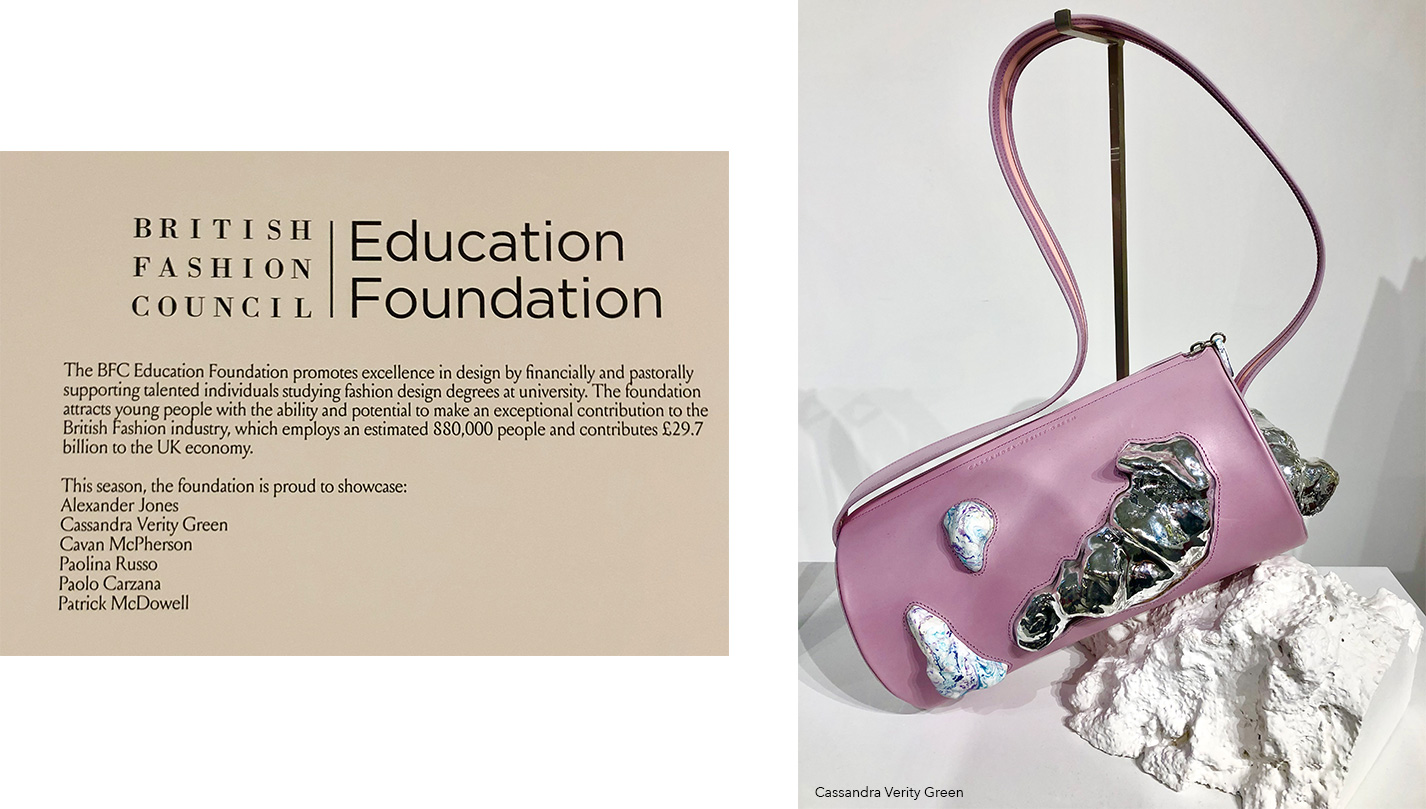 #GlobalReach
As well as the newly introduced graduate section in the BFC Designer Showrooms, this year displayed a vast diversity of ethnicities. The international element illustrates the importance of London as a fashion capital. A high percentage of designers showcasing their work were of Asian descent, with a section dedicated to a variety of established and emerging designers. KOCCA Fashion Korea, presented an array of Korean designers from accessories to garments in a dedicated section of the Designer Showrooms. Despite the on-going negotiations and the looming exit from the EU; the BFC has displayed a huge interest from Asian designers with an influx of International brands suggesting one door closing, has opened the door Internationally for the fashion industry. The global aspect of the BFC Designer Showrooms highlights how London continues to be an attractive and powerful home for an array of designer businesses. 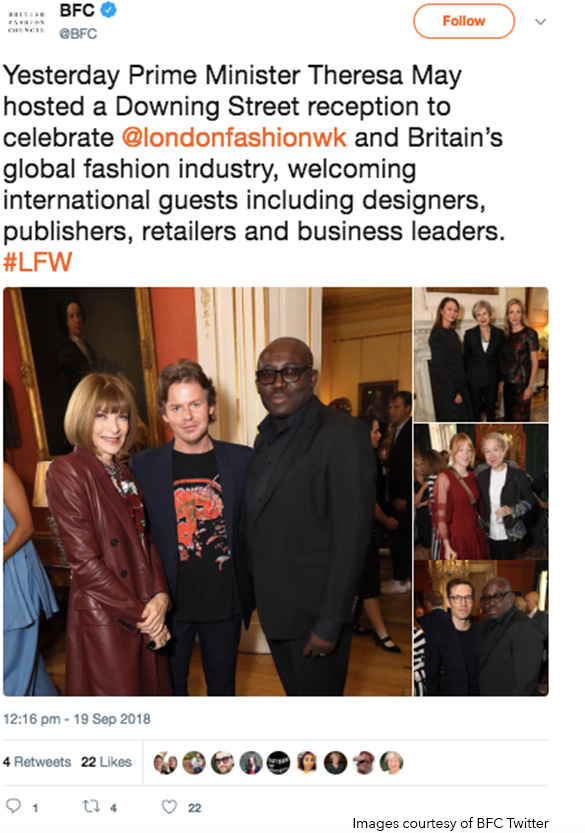 #E-CommerceCollaborations
This year a new and instant buying service was prominent amongst several designers. Big e-commerce platforms paired with several designers to promote an instant see now, buy now service with looks directly from the runway. NICOPANDA collaborated with AMAZON to promote and sell NICOPANDA t-shirts directly after the catwalk show with models wearing the t-shirts available to customers. With the consumer market becoming more and more internet savvy, attention spans have decreased and the new instant buy now service could be a response to the modern demographic. Several other designers followed suit, also working with e-commerce sites such as Chinese designers and VIP.COM, Twitter’s innovative new ‘buy’ button with Burberry and Hunter’s collaboration with Grabyo; suggesting this new trend has paved a way for a new and instant future retail experience, with consumers trying on and buying clothes in real time via digital avatars. 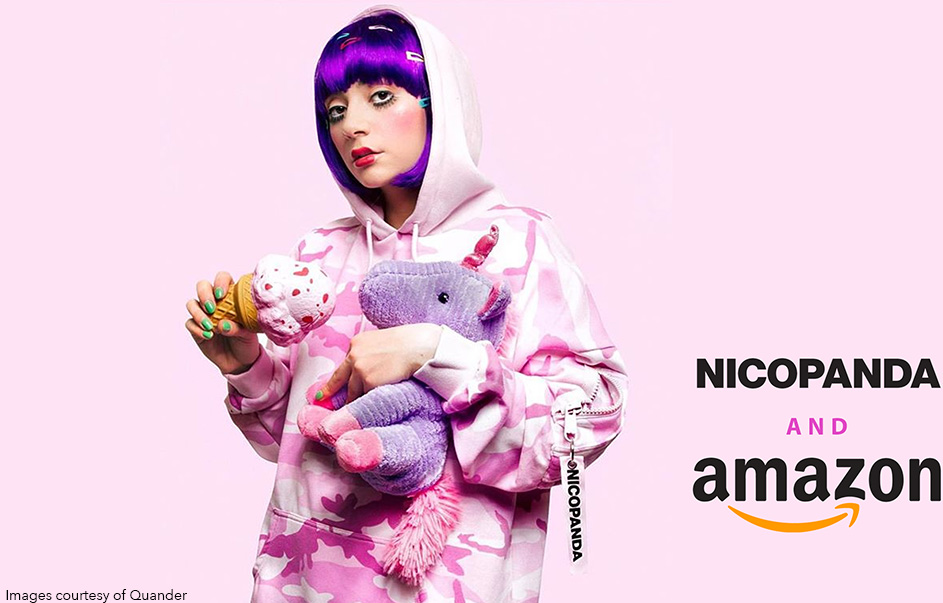 #LivePerformance
With LFW known for its dynamic and subversive designers, it is no surprise that this season many designers chose unique presentations over traditional catwalks. Live performance and incorporating dance was exceptionally popular at the SS19 Fashion Week. Whether it be a live singer at Katie Ann McGuigan, ballet at Gayeon Lee or contemporary dance at Fengyi Tan; many designers focused their collections on body movement and a showcase performance. Although the conventional catwalks are a fashion signature, presentations proved popular and successful this season with memorable performances engaging and immersing press and buyers. 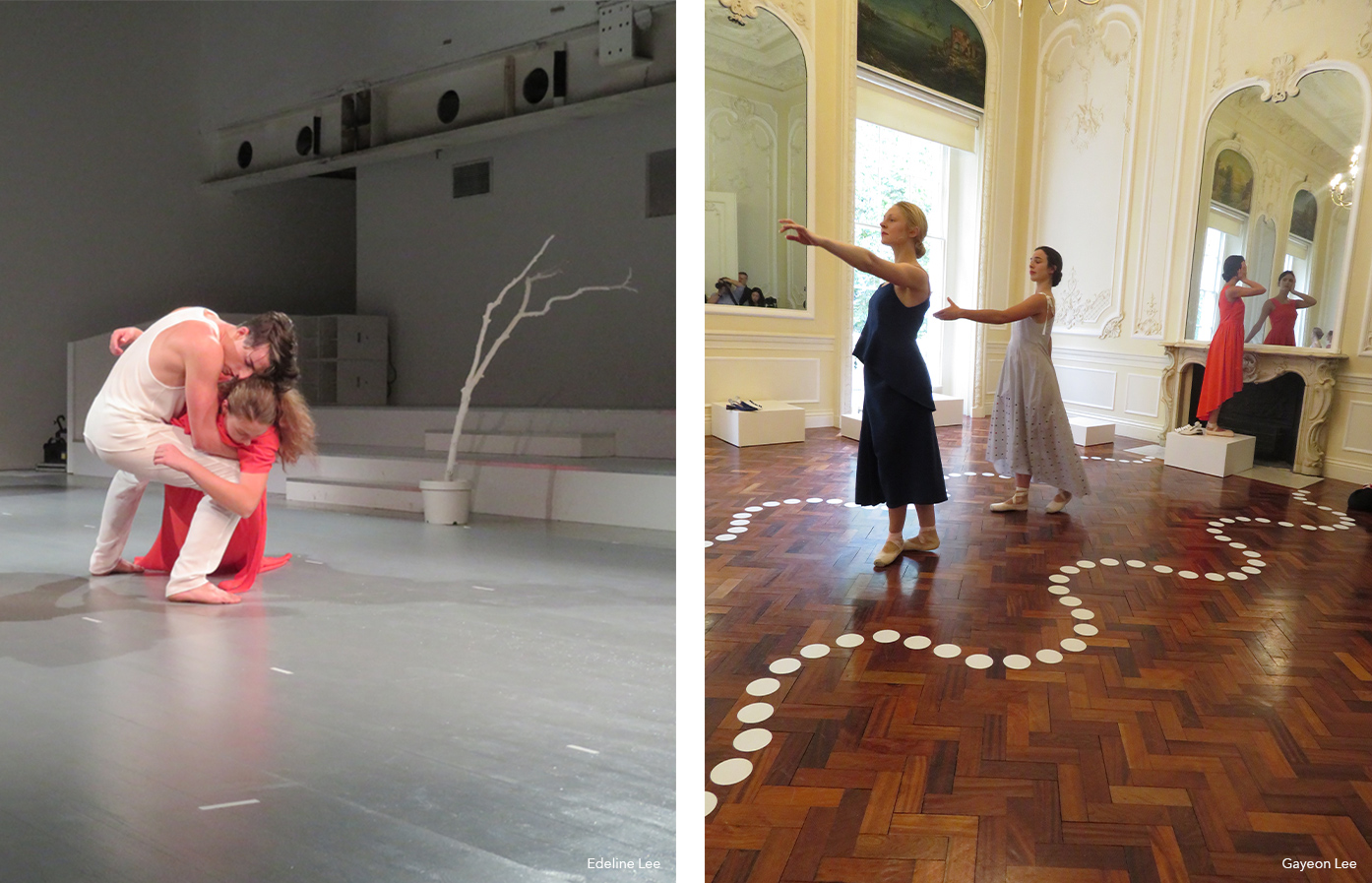 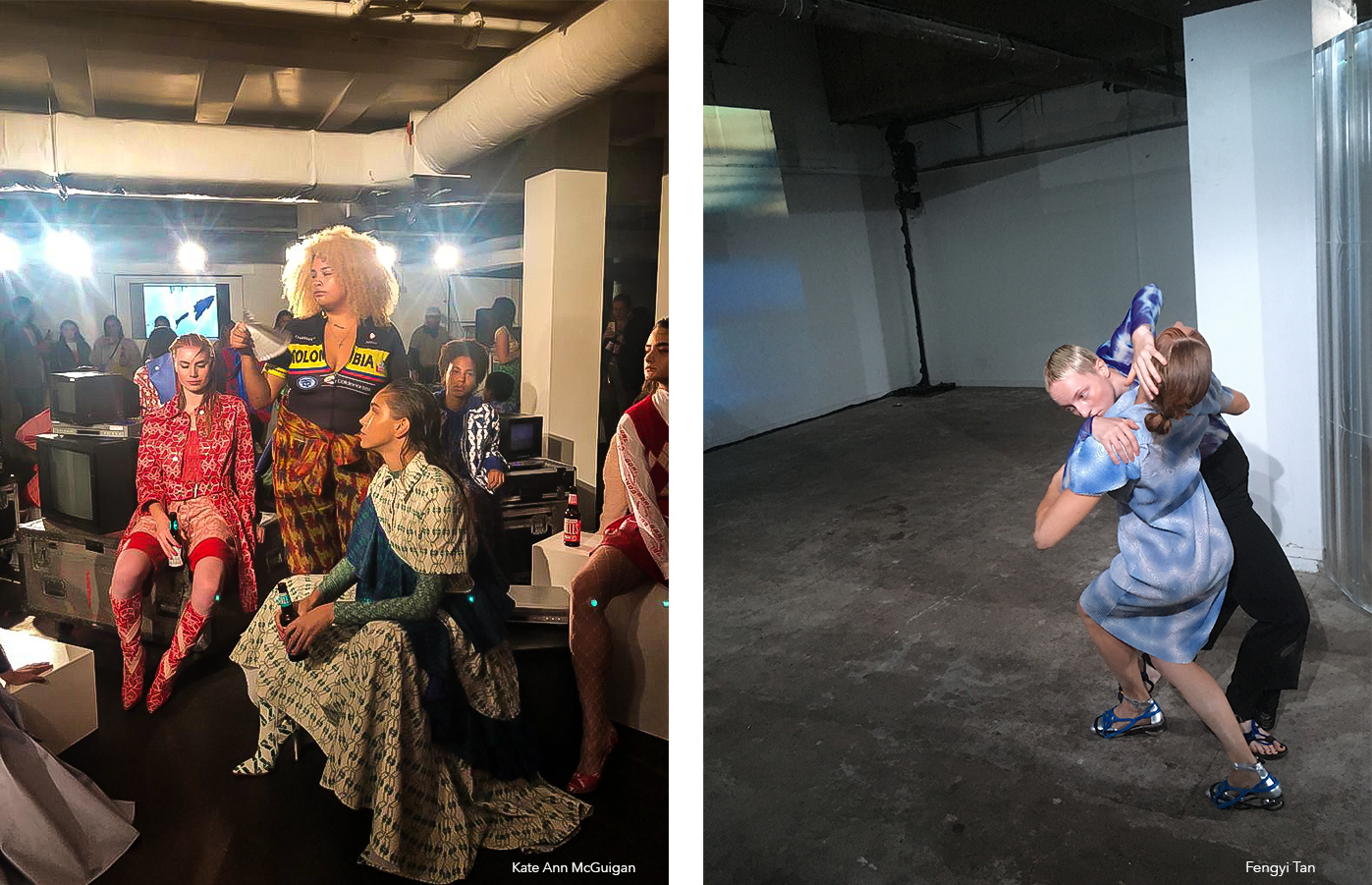 With LFW SS19 seeing a lot of changes, it will be interesting to see the future. The first official fur free season, graduate talent in the Designer Showrooms and e-commerce collaborations have made London Fashion Week one of the most memorable and exciting yet.
By Gaby Smith
?
Top