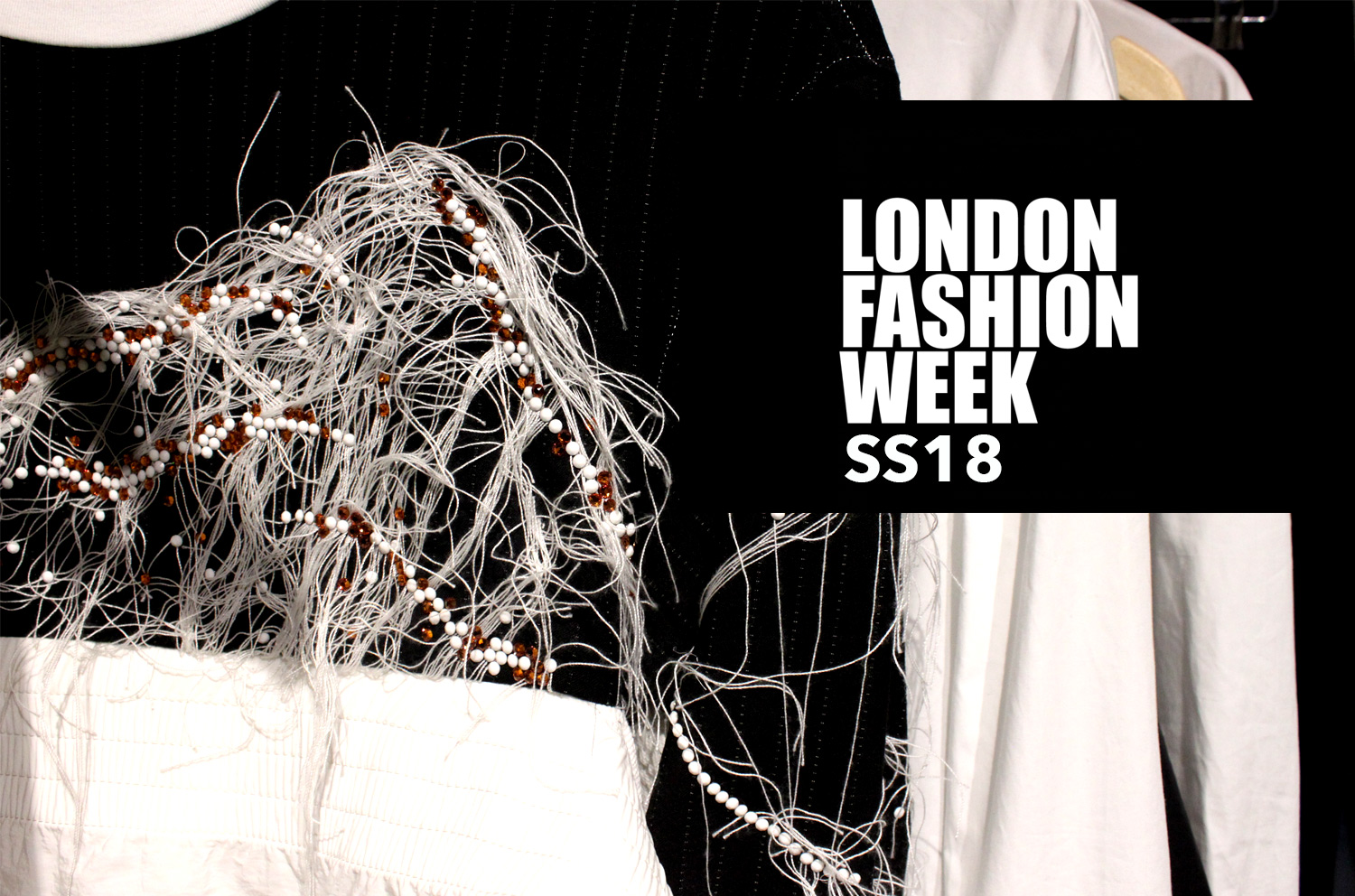 The fashion crowd filled with models, bloggers, designers and photographers have gathered and Instagram is in overload for London Fashion Week SS18 and we were one of the lucky ones to get passes to get into the prestigious event.
Braving the drizzly British weather we headed to the Designer Showrooms at 180 Strand to take a closer look at some of this season’s offering. On arrival the scene is unlike any other with photographers’ cameras clicking as stylish individuals pose in the courtyard.
The international element of the showrooms highlights that the doors to London are truly open to all. Showing alongside brands who have been selected by the British Fashion Council, and carefully curated within the Designer Showrooms, offer opportunities for designers to enhance their brands profile. 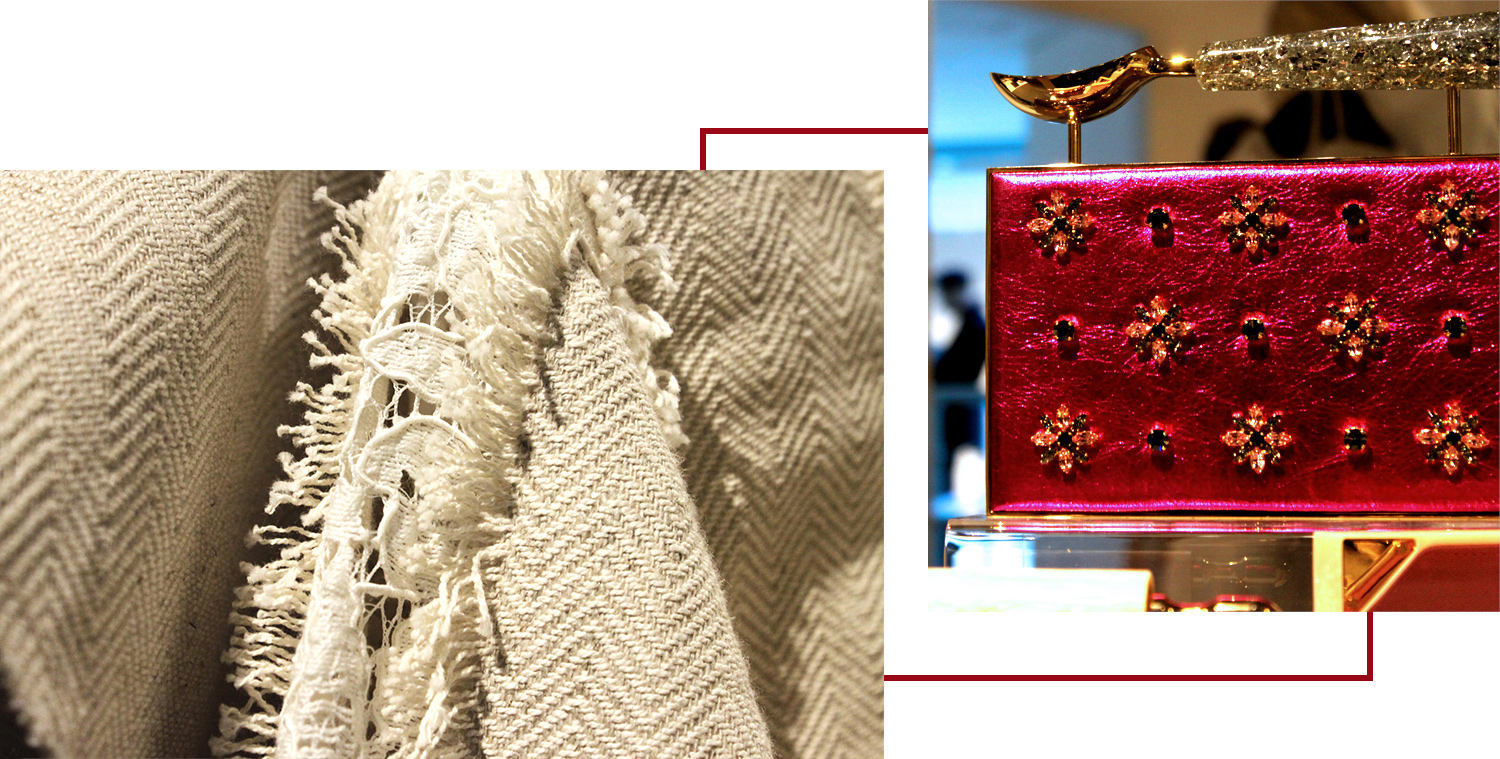 To begin with we attended the opening talk featuring words from British Fashion Council CEO, Caroline Rush CBE and the British Fashion Council’s mayor for Culture, Justine Simons OBE. The two spoke of how strong the cultural element is in London, even after Brexit, diversity shines through. The capital plays host to over three hundred languages spoken daily, so if that’s not variousness then I don’t know what is. The Fashion Crossover London team really took note of this as it is what we as a platform truly believe in and stand for. Representing a range of designers from all over the world, including China, Korea, Russia and Egypt. 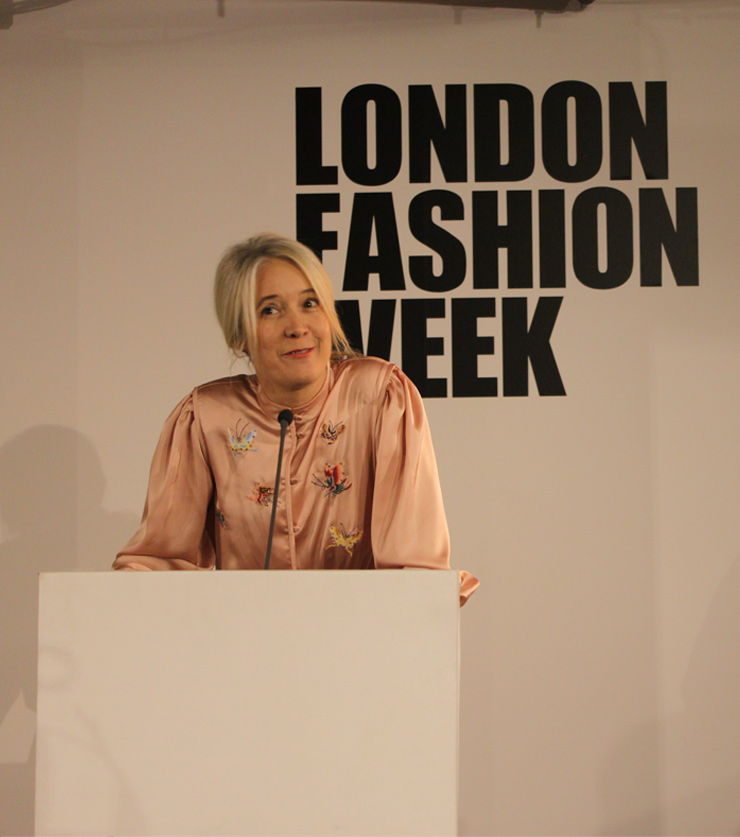 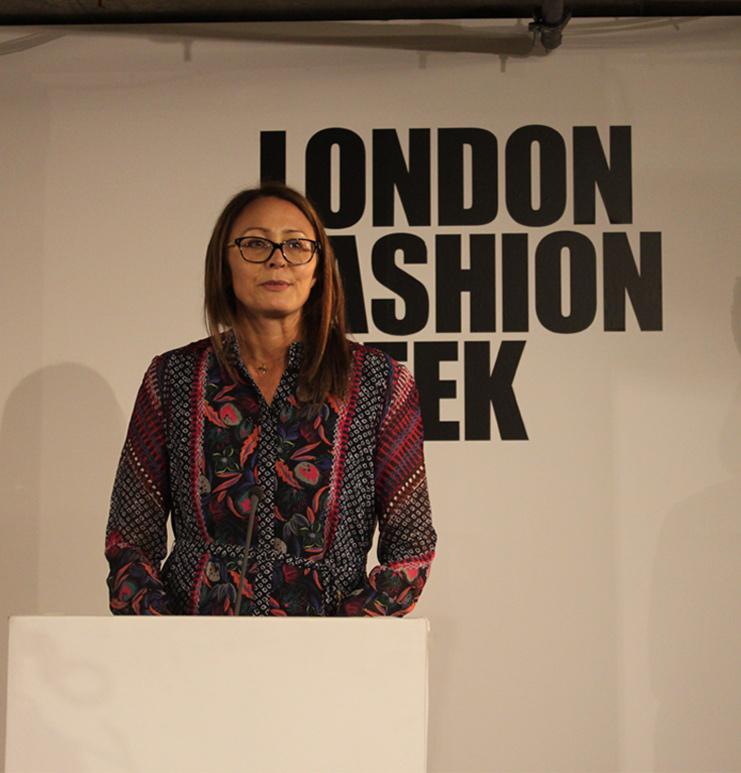 The showrooms themselves were incredibly exciting, particularly when it came to seeing the Chinese and South Korean brands actively wanting to get themselves into the British market.

As we wandered into the venue, it was hard to pick our favourites but we managed it. Keep on reading to discover our top five designers who have studied at Central Saint Martins, Royal College of Art and Hertfordshire. Fashion Crossover London uses their platform to further enhance and support a range of universities, which is why we have included a variety when picking our leading LFW designers.

Wanbing Huang is a London based womenswear fashion designer and her SS18 collection easily caught our attention.

Wanbing first studied at the prestigious Bunka University in Tokyo Japan, before moving to London to further pursue fashion at Central Saint Martins. She then launched her eponymous label in October 2016 at an emerging designers showcase during Shanghai Fashion Week and soon gained traction from both the Chinese and international fashion audiences.

Often seeing fashion design as a form of storytelling, Wanbing applies specific textiles to feature her knowledge and ideas on social issues and personal feelings, while also augmenting the artistry of a female body.

Her latest 2018 Spring/Summer collection "Memory Shards" analyses the relationship between light and the ocean. Born and raised in the coastal city of Guangzhou in China, Wanbing is incredibly familiar with water and its reflection. She uses custom transparent weaving to create a particular gleaming aquatic quality that entirely envelops the mood of an awful mid-day boat trip, haunted by the otherworldly silhouette. Wanbing’s expert skills in textile innovation allows her to develop the perfect layout, in which to attain a desired alone underwater perception. 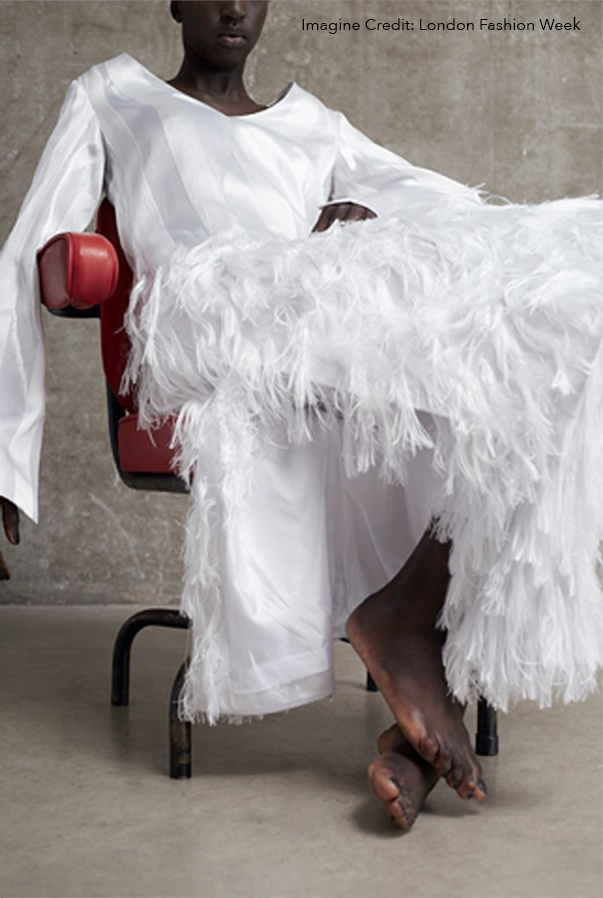 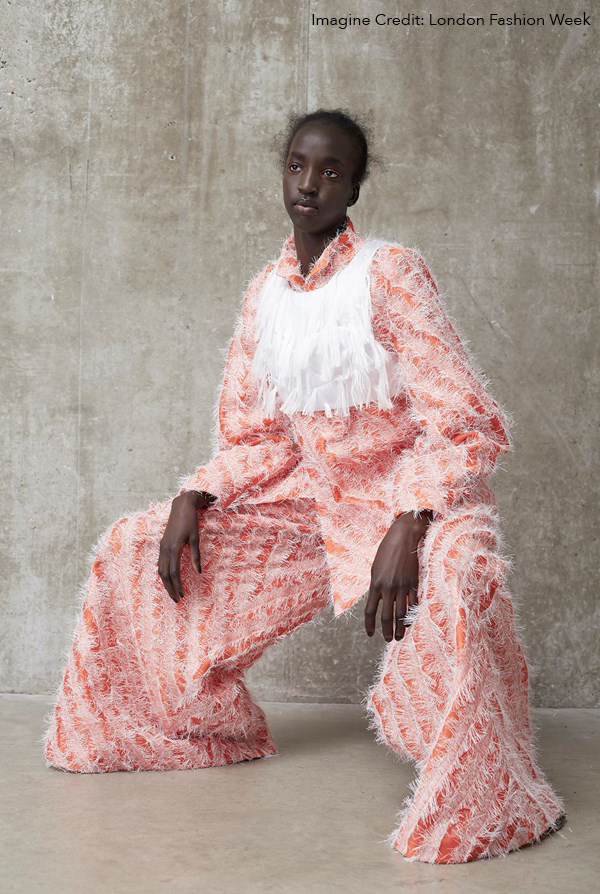 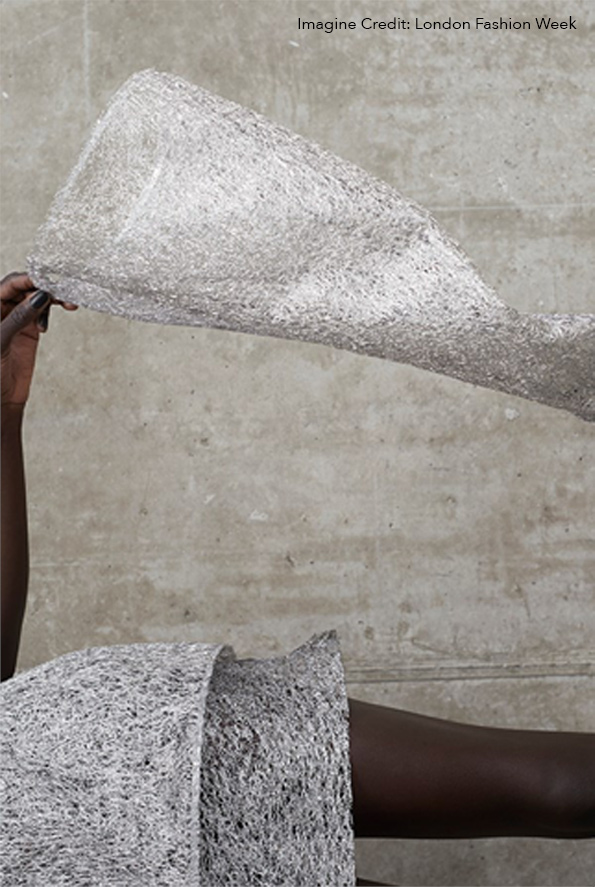 Phoebe English is a luxury womenswear label designing garments with an attention to exactness and beauty. Manufacture forms the midpoint of her design ideology, which undertakes attention to highly laboured textiles.

Inspirations for collections often comes from complex connections such as a certain development or feeling; this avenue aims to combine the work with a visionary aesthetic, giving luxury through ideas. The delicate balance between craft and design stays at the centre of each collection. Returning each season to lost and forgotten fabrication techniques, the appreciation for structure aspires to give the brands its individuality.

Phoebe English collaborated with puppet maker, Judith Hope, to bring back the traditional process Parisian couturiers used, generating their working toiles in quarter scale before making the full scale final pieces. To present the complex development of these designs; marks, patinas and traces of making were kept on the marionette form fabric that hung next to their life size twins.
But parallel to precision came disarray, in the form of netting agitatedly stitched on top of garments. Counteracted by knitwear constructed as part of a collaboration with the British heritage brand, John Smedley. 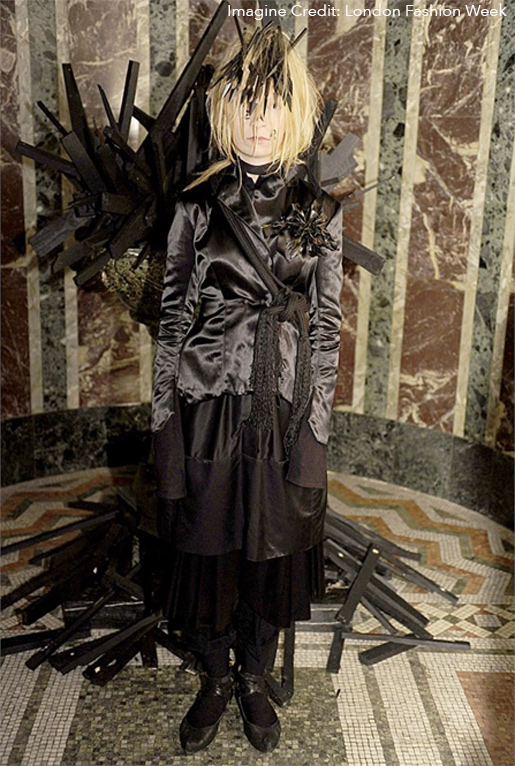 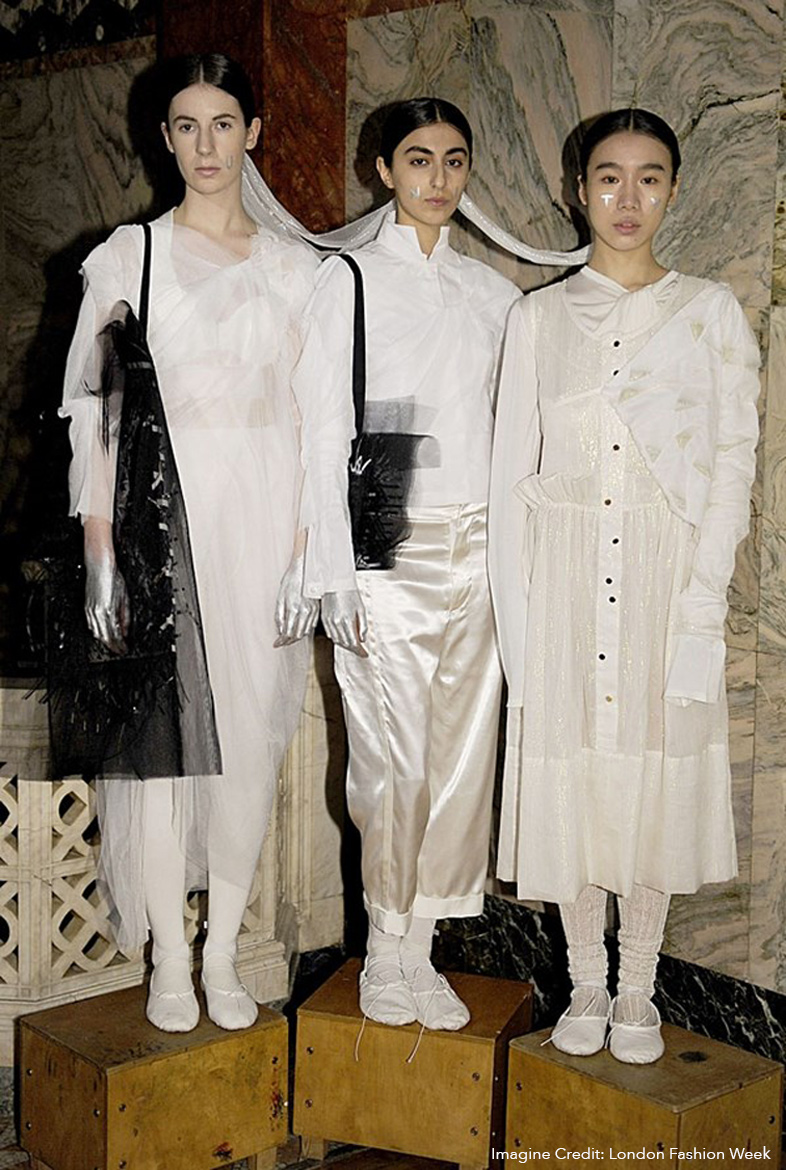 Wesley found his leading source of motivation for this collection from the estate he grew up in, where he was exposed to the rougher part of life from a young age. Escaping reality through anime and videos, he developed a love for Japanese style and culture.


His signature aesthetic is street-luxe with an immoral edge. Wesley is an expert when it comes to dismantled outerwear, androgynous shapes and bold cut outs. It’s all about proclaiming feminine power and strength and dismissing standard ideas about character.

His gutsy pieces have been worn by Lady Gaga and CL on the red carpet. 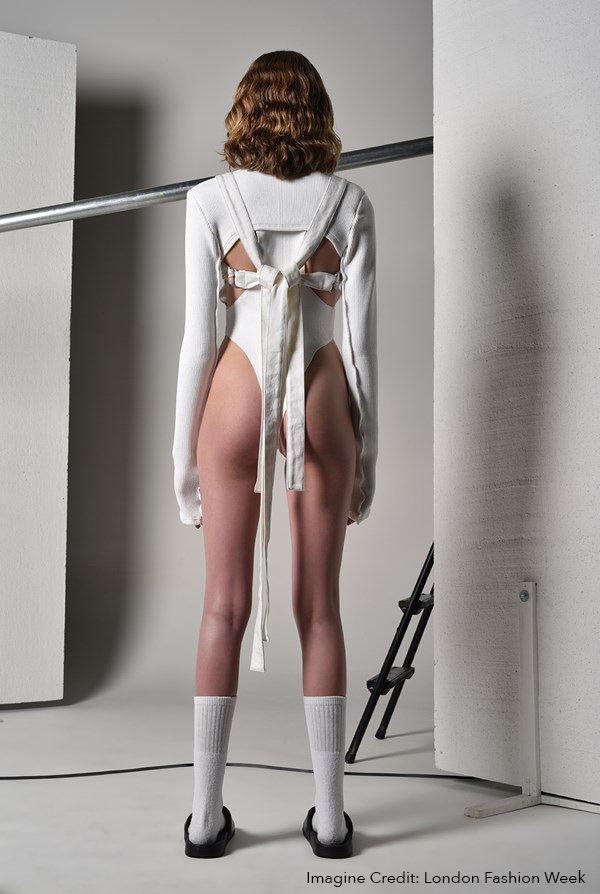 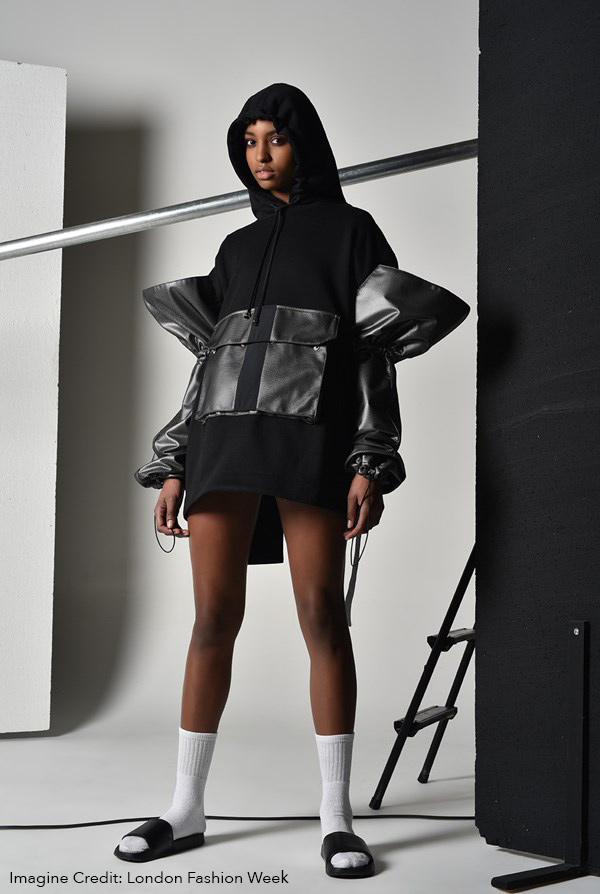 Born in China, Alexandrine Ni moved to London to further her fashion studies at Central Saint Martins. Following this she worked for leading fashion and jewellery houses including Alexander McQueen, Annoushka and Solange Azagury-Partridge before setting up her own brand in 2016. Through the worthwhile experiences achieved throughout those years, Alexandrine developed a momentous amount of familiarity in both fashion and fine jewellery areas, which progressively built her signature aesthetic.

Through the mixture of her attraction to traditional oriental literature and arts, and her influences from nature and youth sub-cultures; a strong combination of sensibility, courage and brazenness can always be felt through Alexandrine’s pieces. Her current devotion is mixed media pieces harmonising traditional fine jewellery craftsmanship with inventive, avant-garde hand-crafted materials. Alexandrine chose to cast a range of varying plants and flowers into her collection as she believes they have their own unique characteristics, like humans. 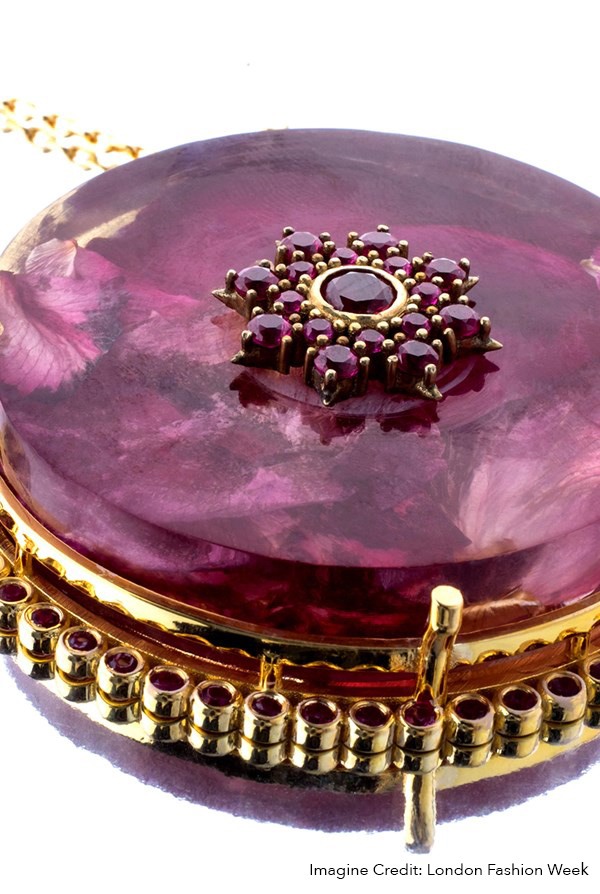 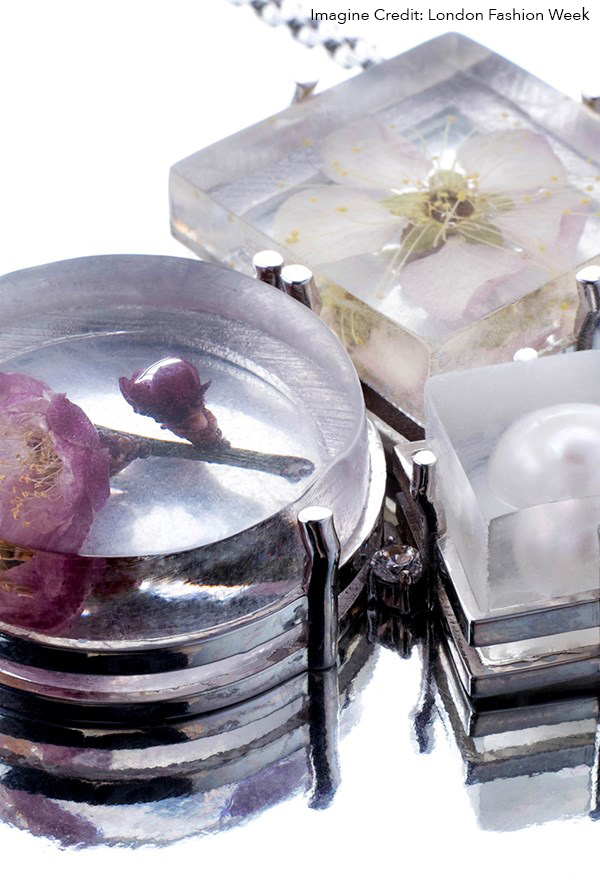 Dorry Hsu graduated from the Royal College of Art, London in 2014, before started her own brand HSU Jewellery a year later. Her designs are inspired by her artistic background in sculpture and 3D printing. Based in London, she makes hand crafted contemporary jewellery from materials like gold and silver, in order to analyse the alliance between the body and the sculpture. She grasps jewellery as much as a optically poetic and physical experience.

HSU design is an impression on the boundaries between the wearer, the aesthetic of the object, and the sculptural association of both. It is a study on the materiality of emotions and the meaning of subtlety. Materials, shapes and colours are expressed to detailed objects out of consideration, easily allowed by the wearer. The kinship of HSU jewels commits on a cultured aesthetic, a balance between arrangement and context, individuality and personality, style and genuineness. 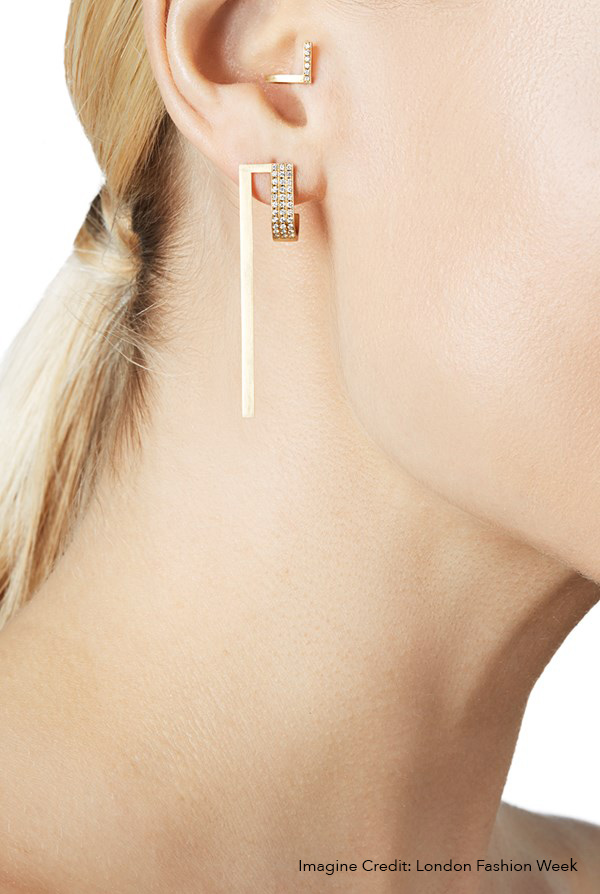 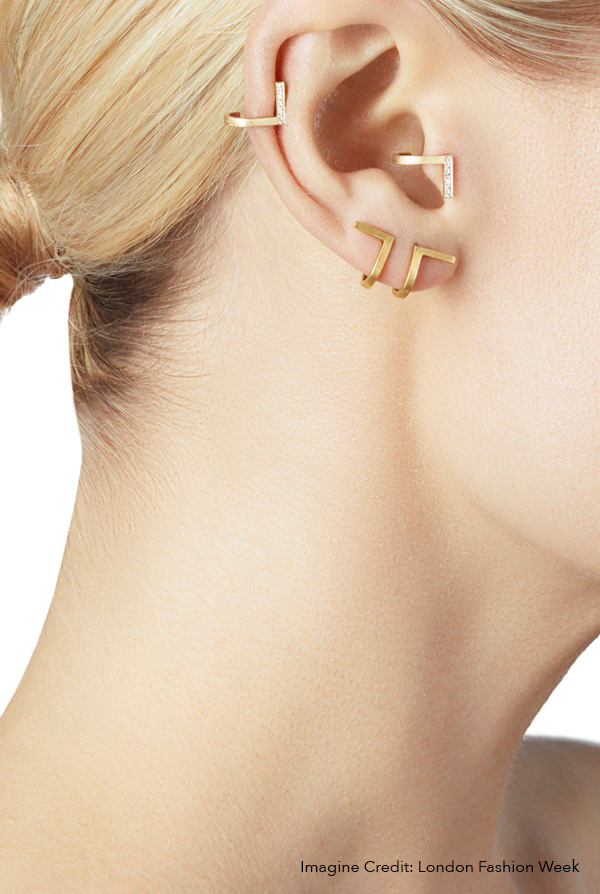 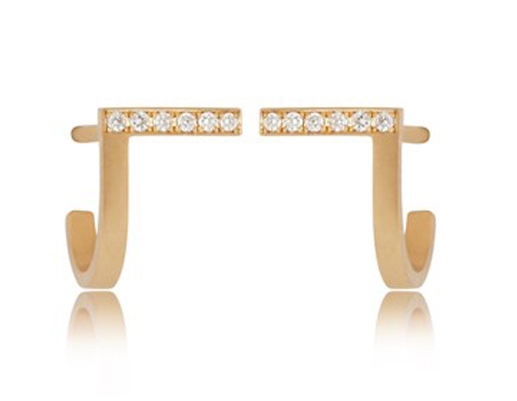