Aaron Challis began an MA in Fashion design in 2018. An Industry based project required each student pick a brand to research thoroughly and then develop a suitable concept for that brand to design and create from. Challis studied British brand Richard Quinn and developed a concept based initially on the 1980’s documentary ‘Grey Gardens’ and focused the project on both an 80’s socialite aesthetic as well as the story and mental state of Little Edith Beale. 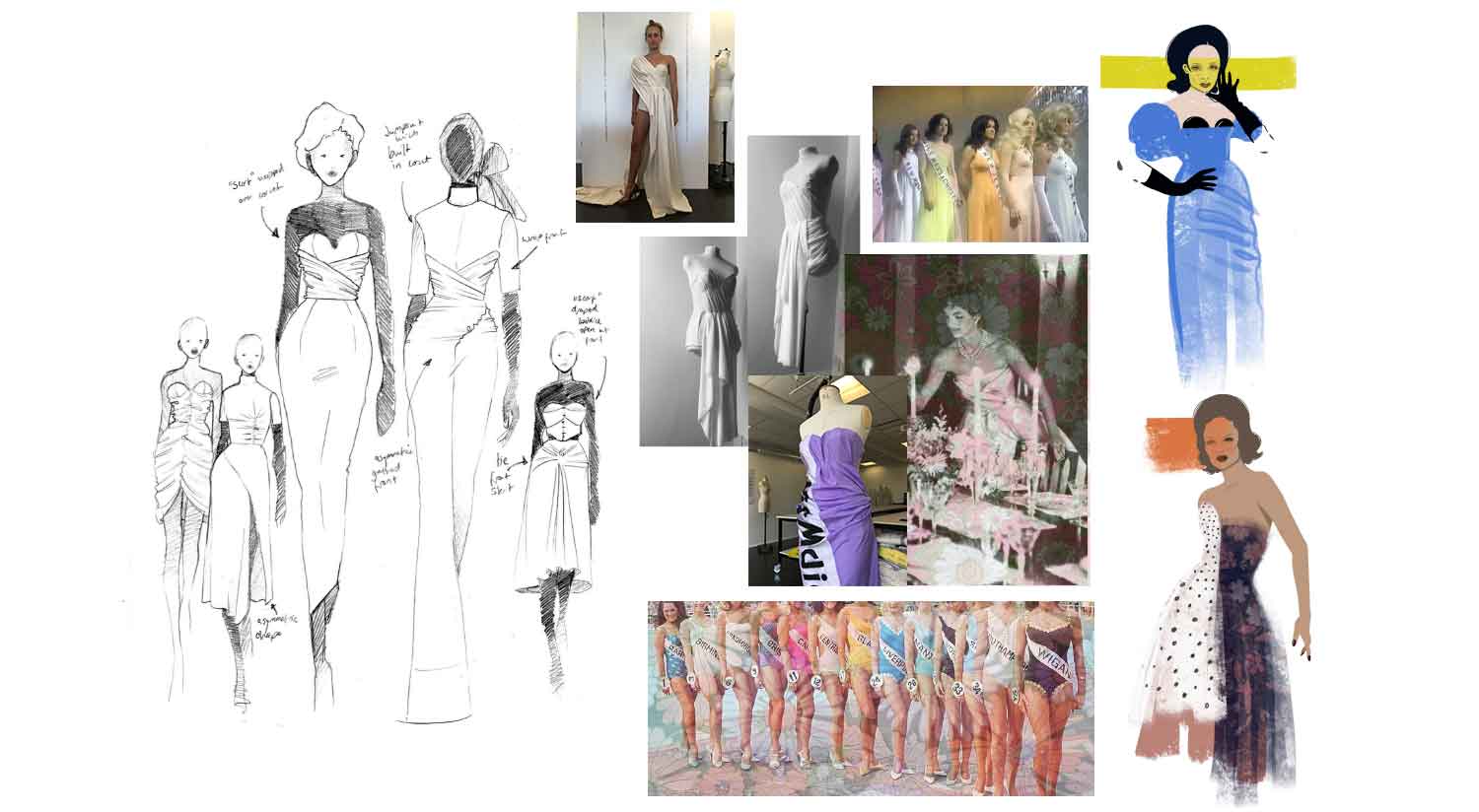 Challis decided on this concept as he was very interested in exploring the idea of a socialite, fallen from grace and clinging to her old life, and what her wardrobe would look like. There was a definite sensitivity within this idea and keeping a sense of fragility within the designs was detrimental to its success. The heart of this character was a strong resilience juxtaposed with a soft fragility which manifested through delicate 80’s florals and polka dots printed on mesh contrasted with striking pvc and metallic coated cotton. This work was especially narrative driven and came to life when, draping on the mannequin using large pieces of fabric and second hand garments, Challis imagined this woman using the little she had to pretend to be the rich women and beauty pageant queens she saw in magazines and draping the fabric accordingly.

Aaron Challis’ 2018 graduate collection was heavily inspired by the British royal family, Queen Elisabeth 2nd, her life and the longevity of her position as monarch. Challis wanted to explore a collection that highlighted and celebrated his British heritage and decided early on that the Queen was the most iconic muse and starting point for the collection, with a history of iconic garments and accessories, spanning decades, to draw inspiration from an pull forward to modern day. 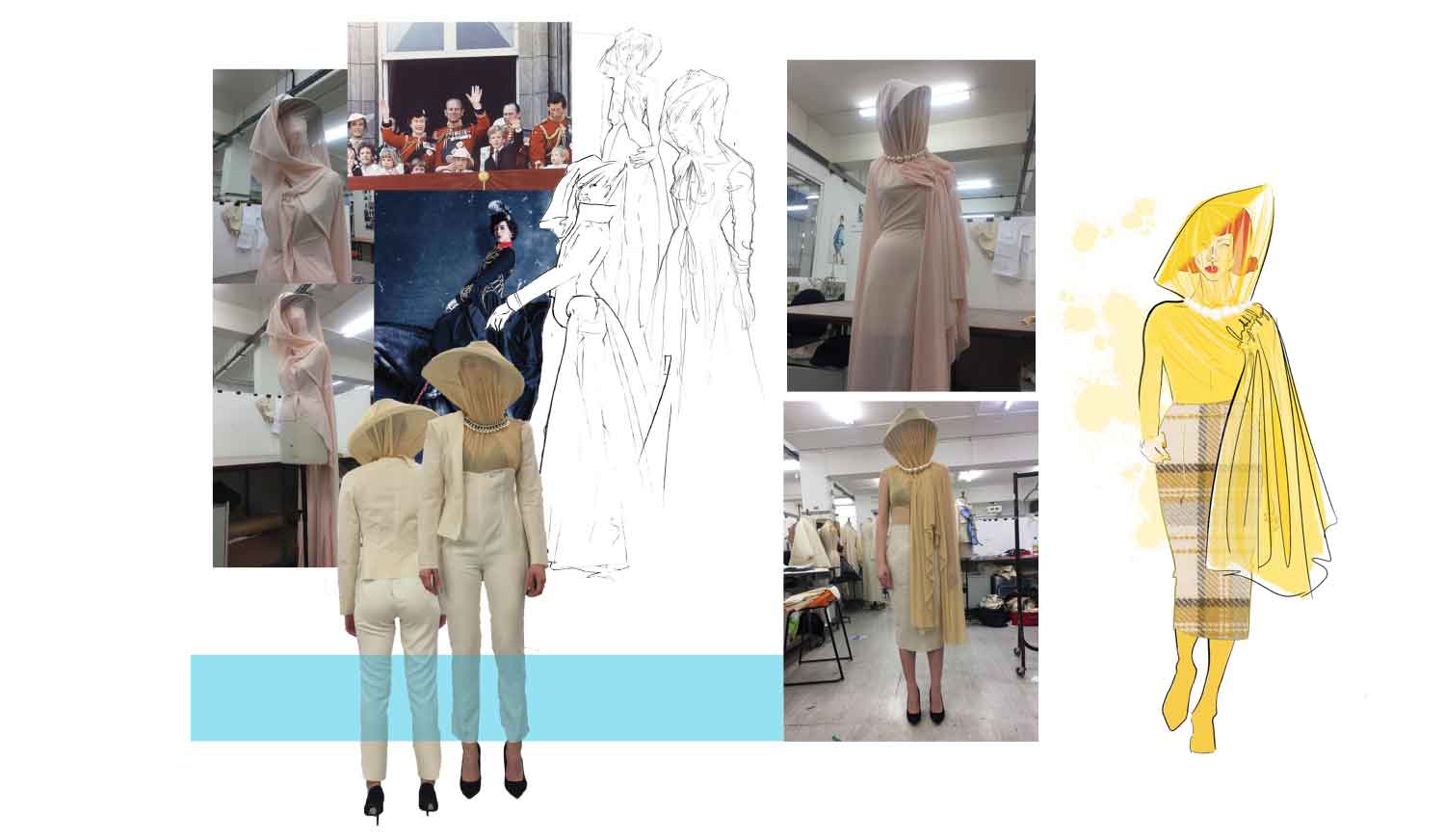 Through research and exploration of the Royals as both a family and institution, Challis explored the idea of veiled looks as a commentary on how we only know the rRoyals on surface appearances- this was manifested through juxtaposing research of the Club Kid scene. Garments were designed based on the Queens own on and off duty looks throughout her life, playing with ideas of status but also fragmentation within the designs- again showing how we only see part of the full picture. Each outfit is bejewelled in some way as a representative of the iconic British Crown Jewels but also the double meaning of the phrase in terms of the human body was considered and executed through translucent, figure hugging catsuits engineered into dresses and jumpsuits.

The collection plays with ideas of both regality and camp through a tongue-in-cheek aesthetic that is still grounded by a timeless and classy glamour. Veiling over wide brimmed hats and tiaras used as a way of interpreting how garments/ luxury/ jewels play an integral part of how we view the monarchy. The result is an imposing model- alluring, mysterious and powerful that lives in both the real world and Challis’ distorted view of it.