Founded in 2015 by Central Saint Martins alumna Since Wang, with a clear vision of the future of fashion, championing slow fashion, sustainability and celebrates craftsmanship and individuality. Fashion Crossover London aims to discover, promote and connect the designers who support and share the same values from across the world. As a bridge to creativity, it reflects the future faces of raw talent by underpinning daring minds from the East and the West.

Fashion Crossover London currently represents nearly 600 young designers globally, including award-winning designers and alumni from the leading fashion institutes such as Central Saint Martins (CSM), Royal College of Arts, Parsons School of Design and the Royal Academy of Fine Arts Antwerp. We support the pioneers and emerging voices of fashion, such as Dame Vivienne Westwood Sustainable and Ethical Award winner Aurelie Fontan. Her collection has close ties with circular design and she follows the bio-couture pioneer, Senior Research Fellow at CSM, Dr. Suzanne Lee’s footprint on growing her own fabric from living microorganisms.

Fashion Crossover London emboldens connectivity by providing a platform that engages with the fashion insider and in doing so achieving an international level of press exposure across titles such as Vogue, Elle, Harper’s Bazaar and W Magazine; as well as featuring collection next to an ever-growing list of A-list celebrities including Idris Elba OBE, Ed Sheeran, Little Mix and DJ Snake, and participating in a multitude of commercial opportunities such as the Vodafone and Square Space global campaign. 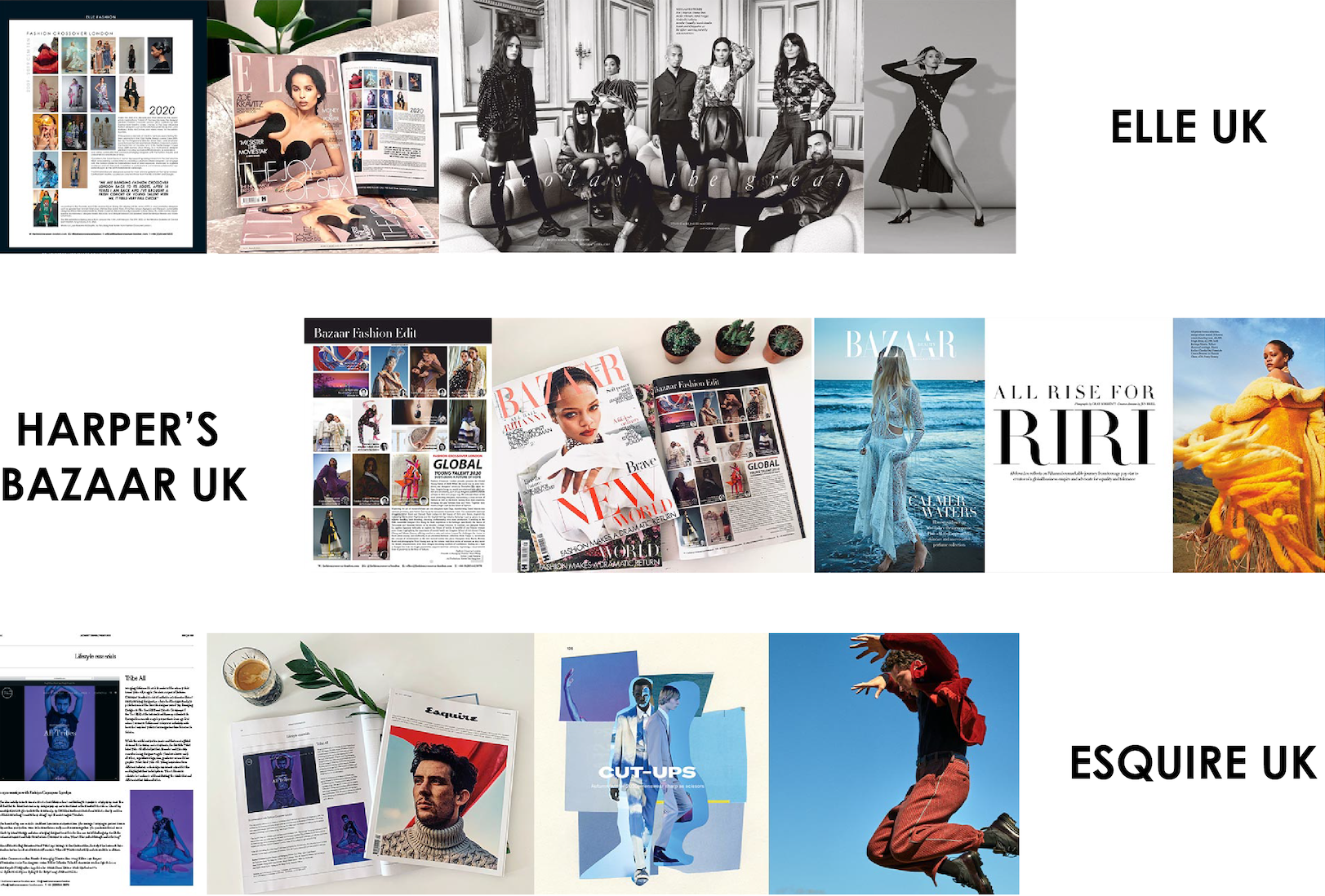 The Graduate Talent Programme, is an exclusive project established by Fashion Crossover London in 2015 with the aim to promote recent graduate designers and their creation to our extensive network of industry contacts including stylists, magazine editors, social media influencers and buyers. In return, this continuous support results in a significant gain of media exposure, impressive press coverage and commercial sales opportunities. the successful applicants will receive our complimentary online showcasing feature. 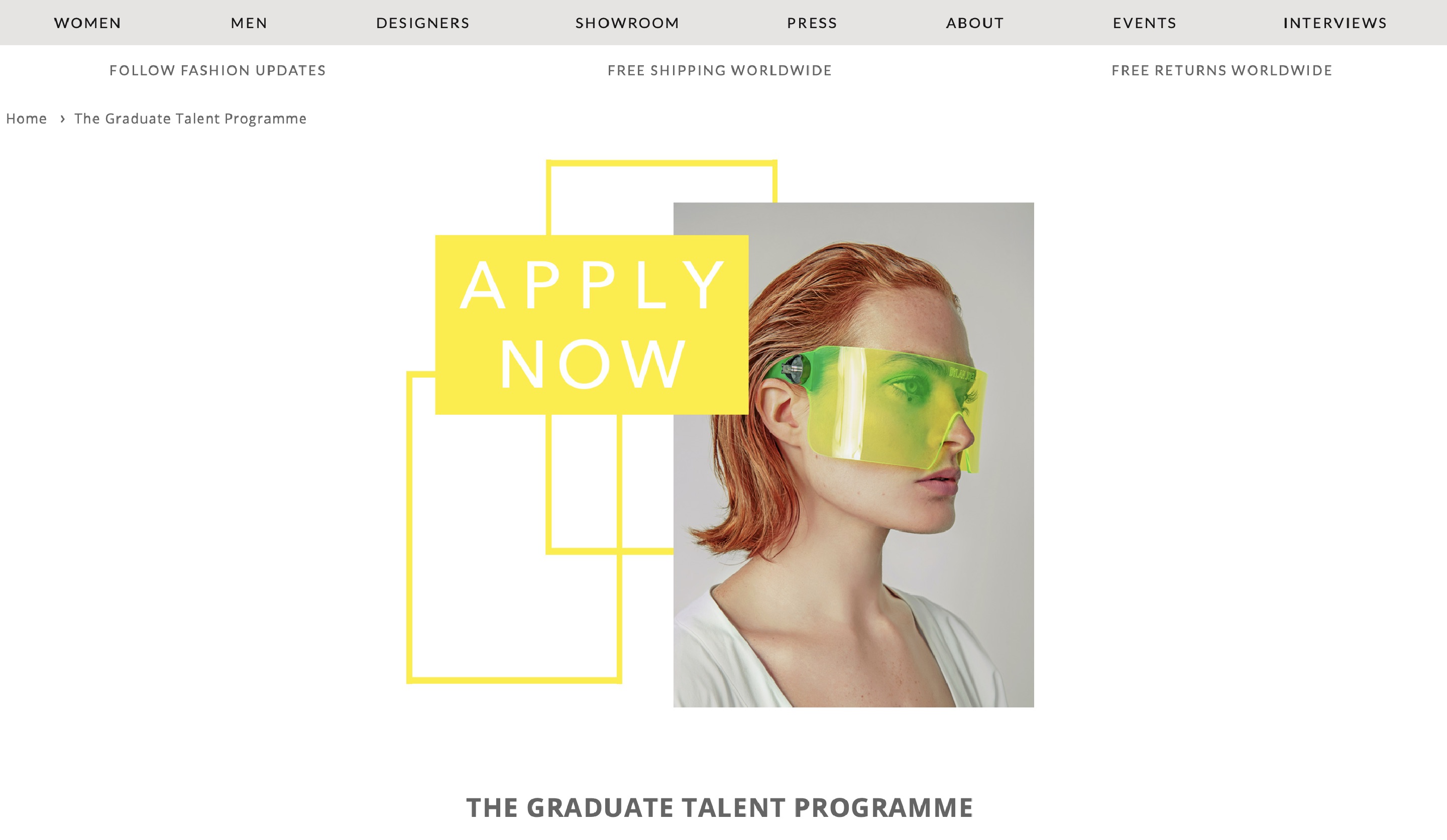 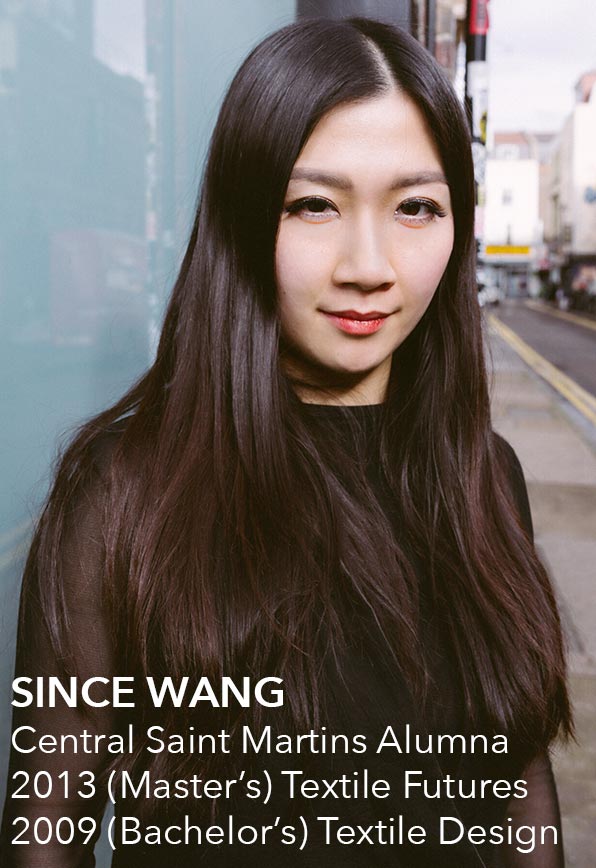 The entrepreneurial soul in Since Wang is the true representative for the mission the company has set for itself: stand out, swim against the tide, break moulds and change the landscape of the creative industry. In 2004 Wang first set foot in London, leaving China to pursue her studies at the prestigious Central Saint Martins College of Arts and Design.

While enrolled at university, Wang was actively engaged in the luxury fashion retail industry, working for brands such as Prada, Dior and Coach in their flagship stores as well as world-famous luxury shopping emporiums: Harrods and Selfridges. Upon graduating, Wang worked as an international brand manager, leading sales teams and running over 60 brand including Jean Paul Gaultier, Red Valentino and Fendi. Her varied and rich work experience provided her with a clear understanding of consumer groups internationally, as well as a solid network of buyers, retailers and industry professionals.

Continuing to enrich her professional skill set, Wang joined the London office of one of the biggest fashion and textiles manufacturing groups in China, where she assembled a fashion and textile design team to provide seasonal collections to brands including Ted Baker, House of Fraser, Brook Brothers and Debenhams. She also led the development and launch of a women’s sportswear brand in the UK and US. By collaborating with the Programme Director, BA Textile Design Knit and alumni from Central Saint Martins, Wang delivered various specialist design projects and has strengthened the alumni culture of CSM. Establishing herself as the first Chinese alumni to bring back a commercial project to her alma mater, in which the students and other graduates were given the opportunity to collaborate within the fashion industry.

In 2015, Since Wang founded the Fashion Crossover London designer service platform, with the intention of promoting emerging designers and graduate talent from the East and the West. Furthermore, by providing an overseas channel between the UK and China to assist them in increasing their media profile and sales internationally. Wang has a strong belief that the value of Slow Fashion and craftsmanship are the two key and sustainable factors in the future of the fashion industry, which is reflected in the ethos of the Fashion Crossover London platform.

In 2020, under the background of the extreme challenges of the class of 2020 was faced with during the global pandemic, which led many students to have their time at Central Saint Martins cut short and missing out on the opportunity to have their work seen by industry professionals and the press. Since Wang has initiated the Fashion Crossover London Advertorial Sponsorship - ELLE UK , in which fifteen selected Central Saint Matins, 2020 Graduates, from the BA Jewellery, BA Textile and MA Material Futures pathways will be featured. As a CSM alumna herself, she felt the obligation to support the Class of 2020 and by doing so, reach their full potential.

Fashion Crossover London is registered in England and Wales under the company number 9805018.