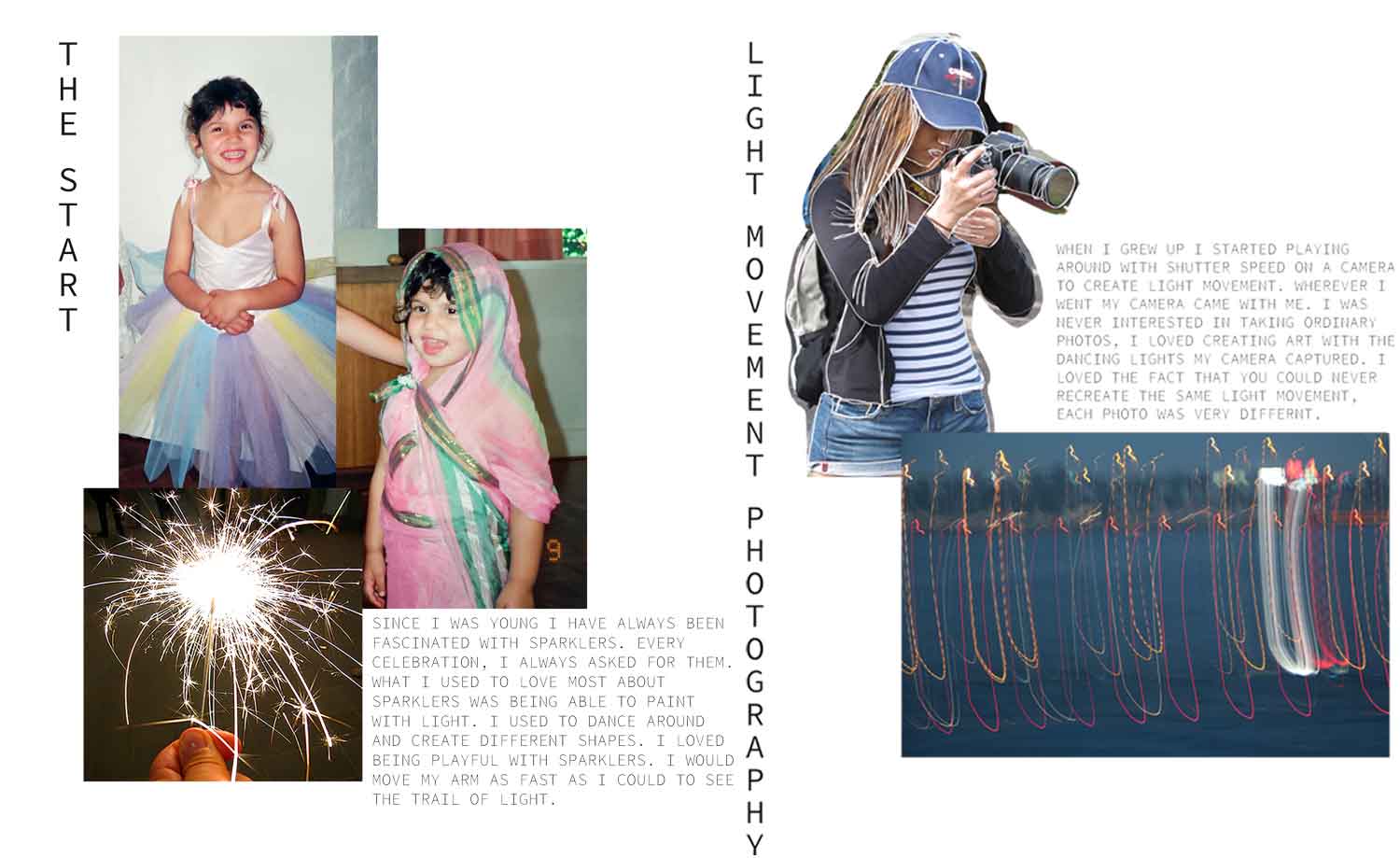 Abigail Grewal’s collection was inspired by her childhood love for creating light movement using sparklers. What began as playful experimentation evolved into a more intentional creative process as she grew up and began to use the shutter speed function on her camera to create beautiful light movement photographs. The photographs influenced the print design in this collection. 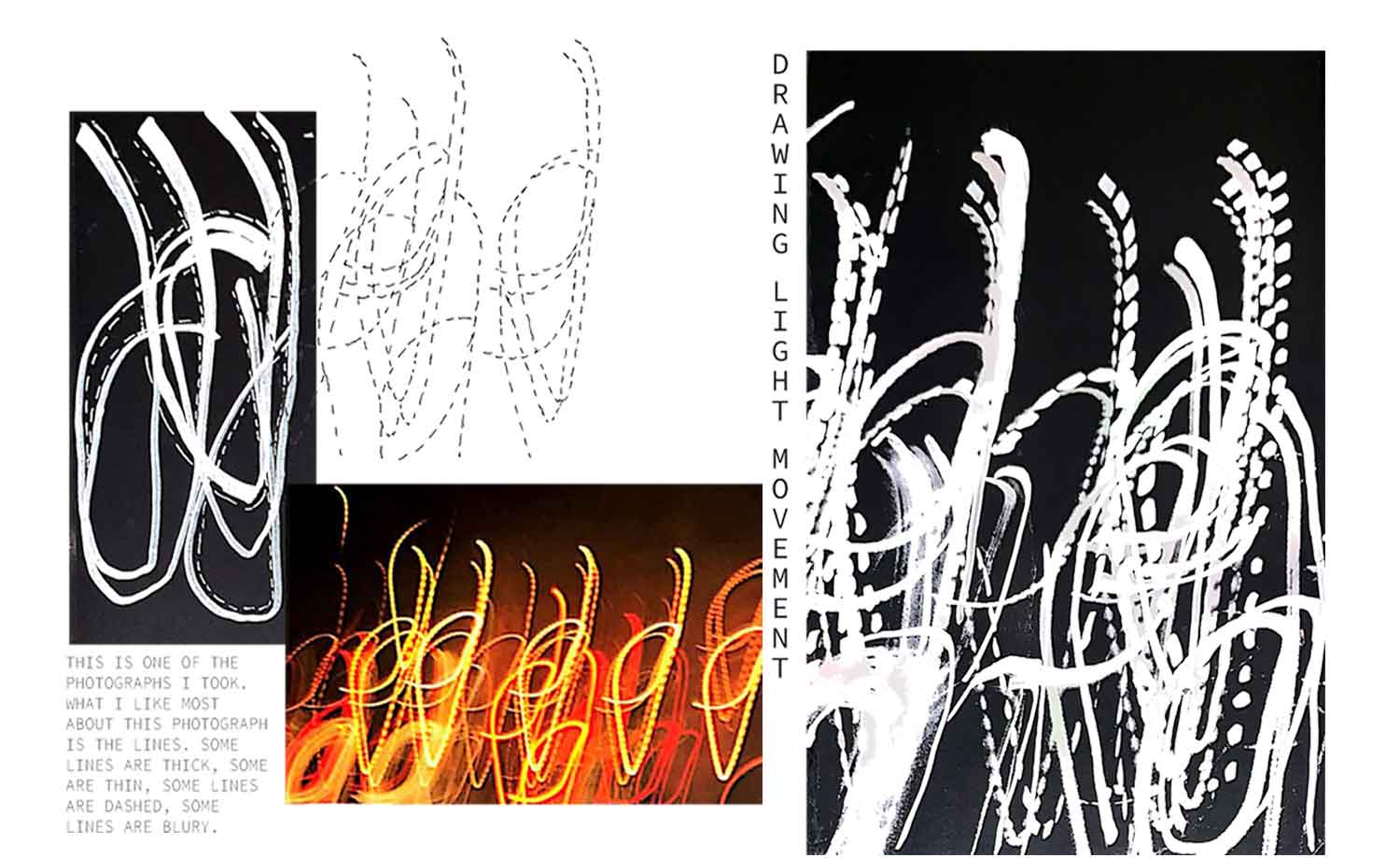 She started off by creating the prints. She experimented with drawing the shapes she saw using different mediums.

Abigail tried to recreate light movement in an abstract way. She played around with ink, moving it in different directions. In the photographs, there were thick and thin, short and long lines which she successfully recreated with ink. Once Abigail was happy with artwork she combined them in photoshop to create prints.

Abigail played around with different scales and backgrounds to create prints that were youthful and fun.

Her silhouettes are influenced by the installations of an artist named Janet Echelman. Her installations are based on the force of nature. Janet’s installations are held up by ropes, and she allows light and wind to control her installations.  This idea inspired Abigail, she experimented with ways to hold up her garments using a cord. She also used cord as a function to pull in the fabric. 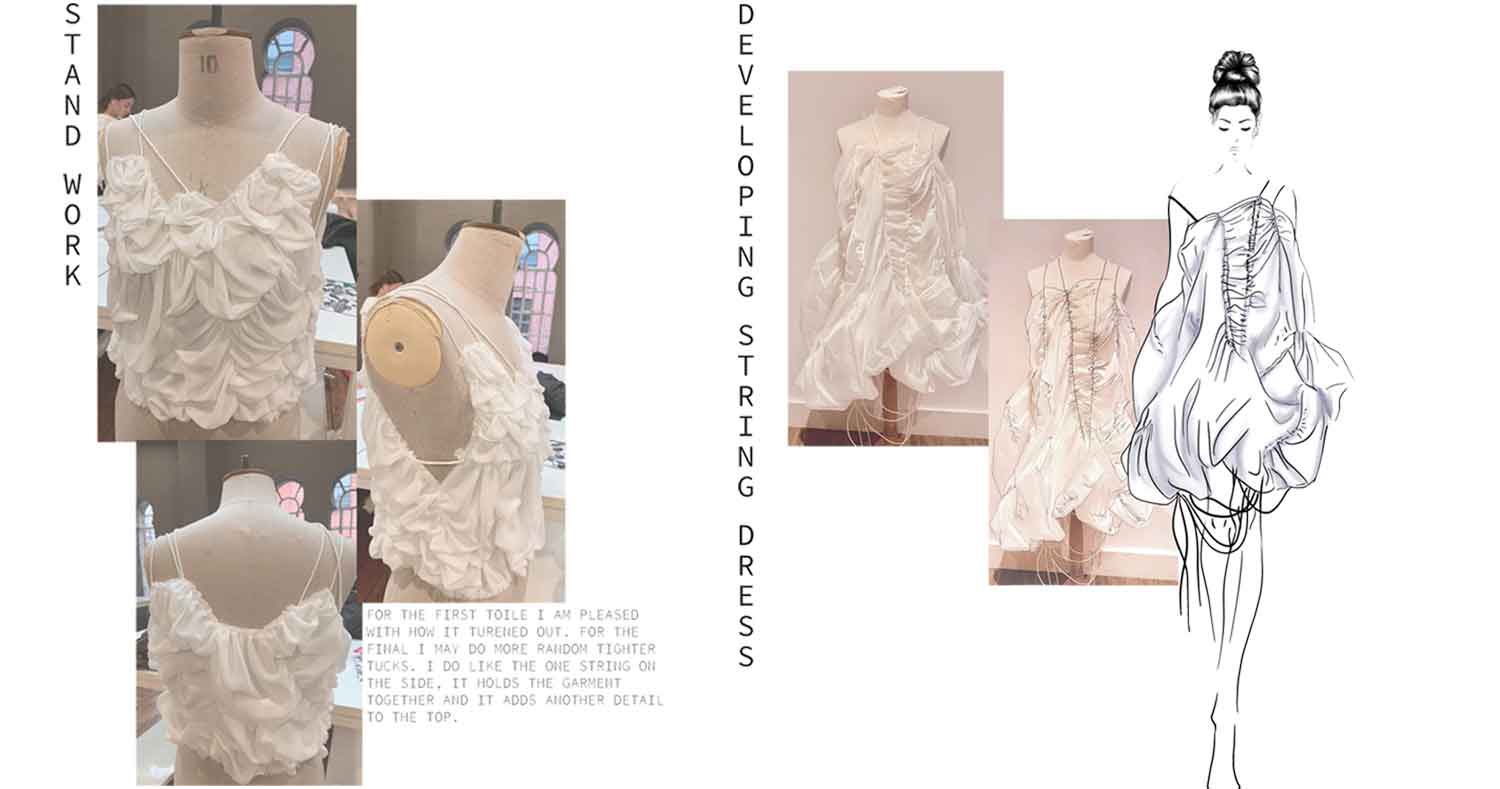 In order to create the garments seen in Abigail’s collection she first has to experiment a lot. For example, the pink dress seen in the capsule collection started off as a puffy string dress which was made in nylon. Once Abigail changed the fabric to polyester chiffon the dress became elegant and the shape dramatically changed. 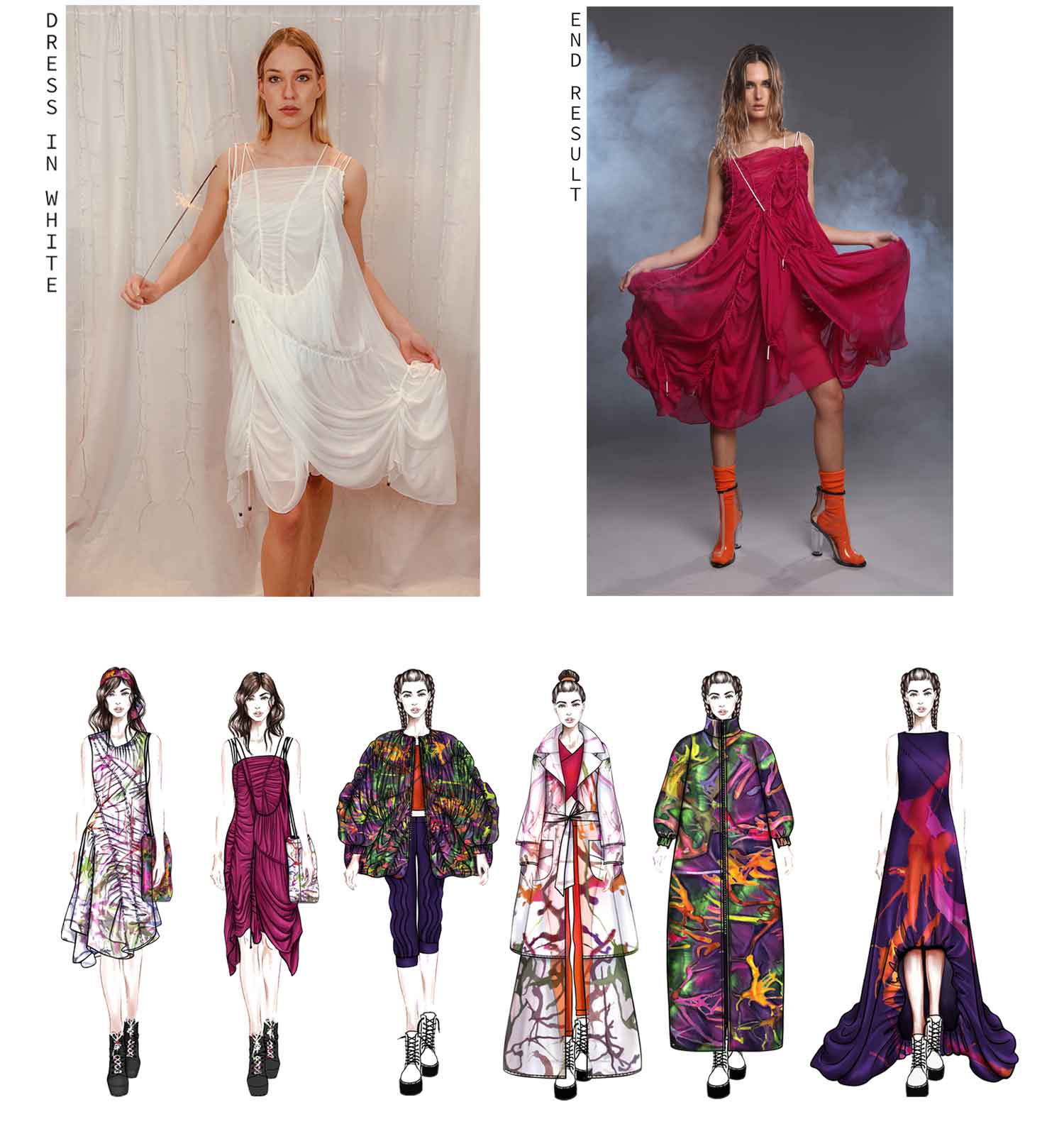 Here are Abigail’s illustrations of her capsule collection. 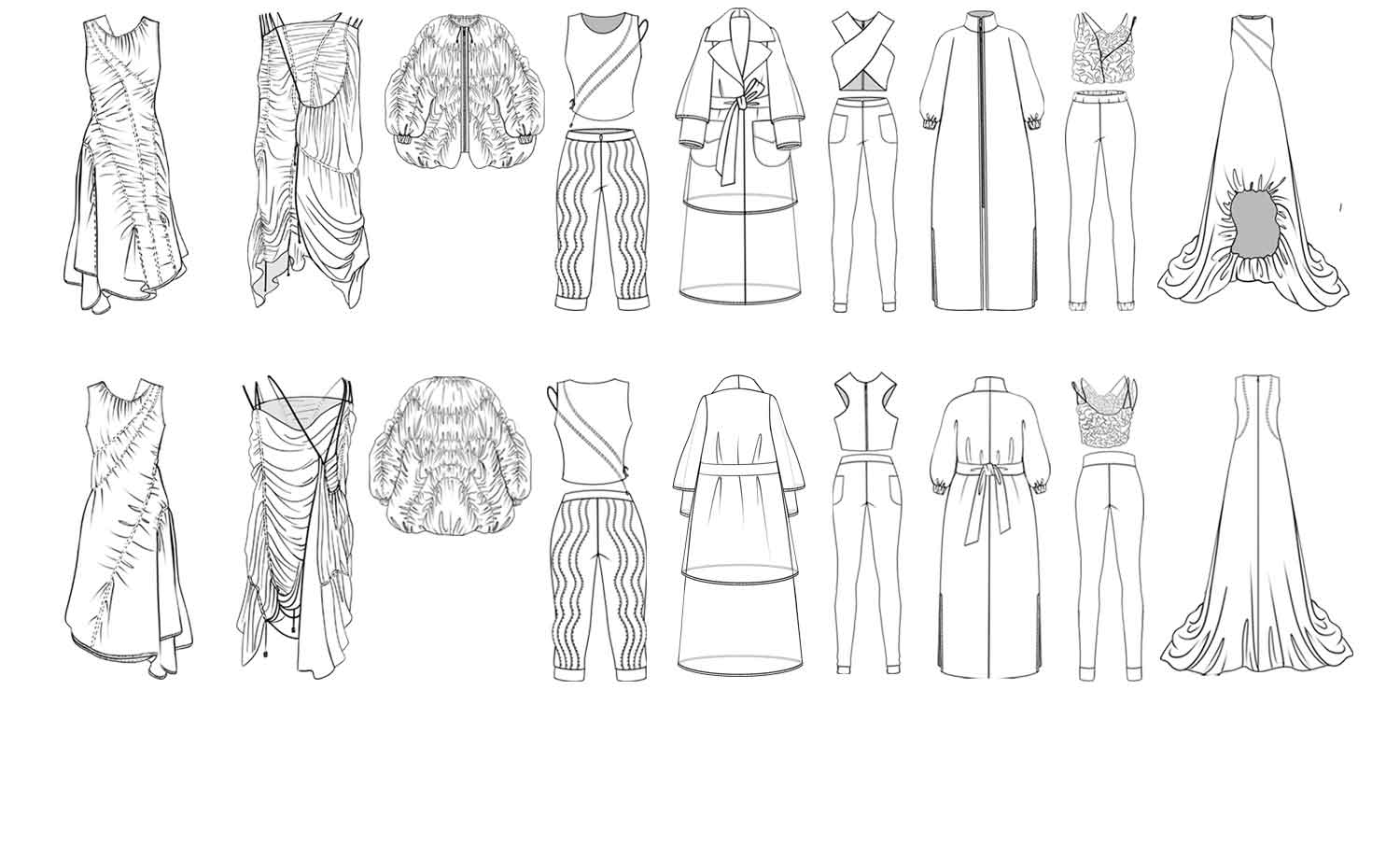