Adam has been exploring the Kabbalistic story of creation, specifically the phenomenon of Sh’virat Ha-Kelim. Which was a catastrophic moment within the creation story where 7 of the 10 vessels that create the harmony of the universe (each vessel representing a different aspect - see drawing to the left) exploded. According to the texts, this is when evil was able to enter the universe. This moment of unbalance, creation, and destruction have been the constant thematic components of his work throughout the past year. He used sketchbooks throughout, his process to document his research and findings on the Kabbalah. The two images on this page show the Kabbalistic tree, which is made of 10 vessels connected through multiple angles. The second image, in particular, represents which of these exploded during the process of the creation story.

Another extract from his sketchbook. Here he explored different symbols and signs that are present within the creation story. By sketching them out and then noting their symbolic meaning in relation to the texts, he is able to devise a potential visual language for his future works. 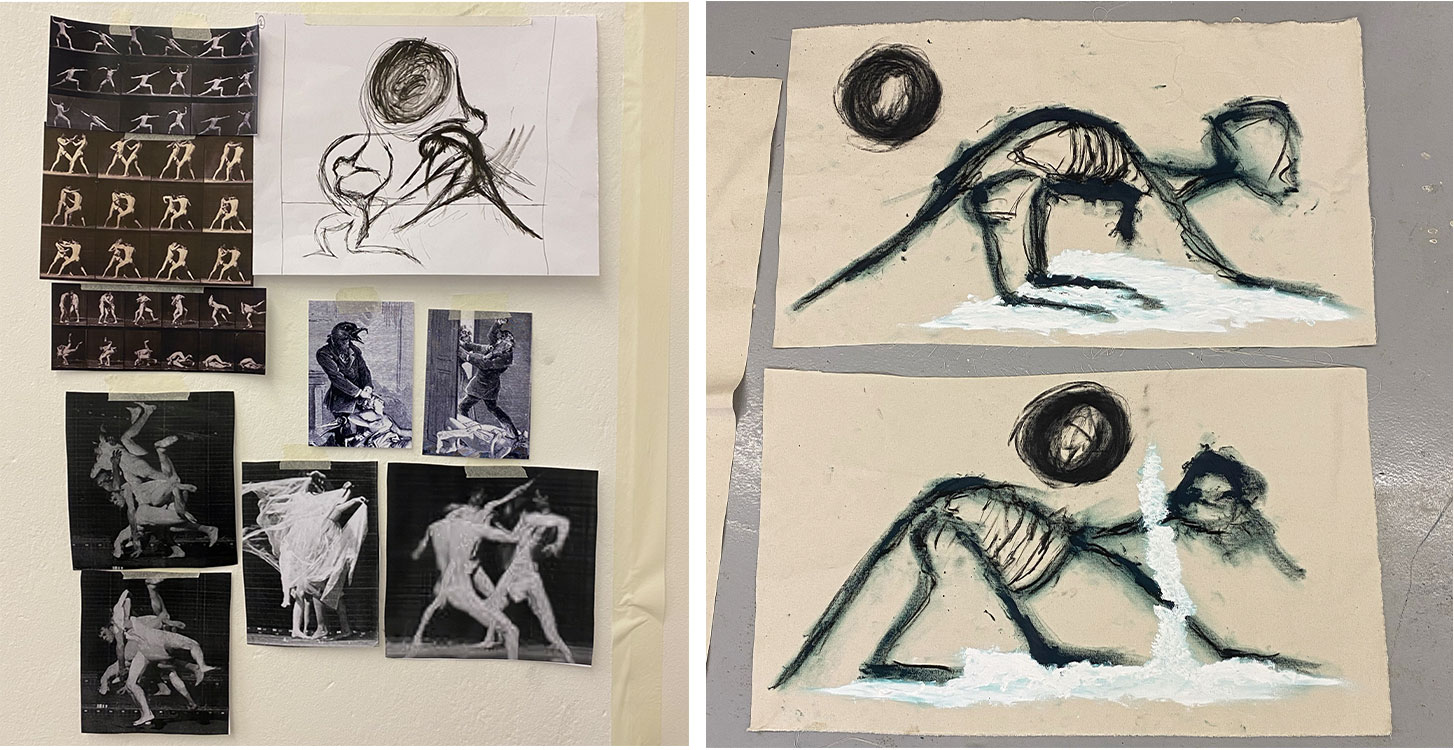 Looking at artist Max Ernst and Photographer Edward James Muggeridge. Movement studies is a key aspect of his research. Creating expression and dynamic forms through drawing is constantly of interest to him and although eventually, he leans away from figurative imagery, movement has remained a key component within his compositions. He created collages on photoshop (shown in the image above), using samples from Muggeridge’s images. Distorting, layering and re-arranging them lead to interesting and insightful outcomes. Moreover, this process of layering, distorting and re-arranges is a technique he carries out within his drawings. So testing this way of working in a digital medium is a useful exercise. 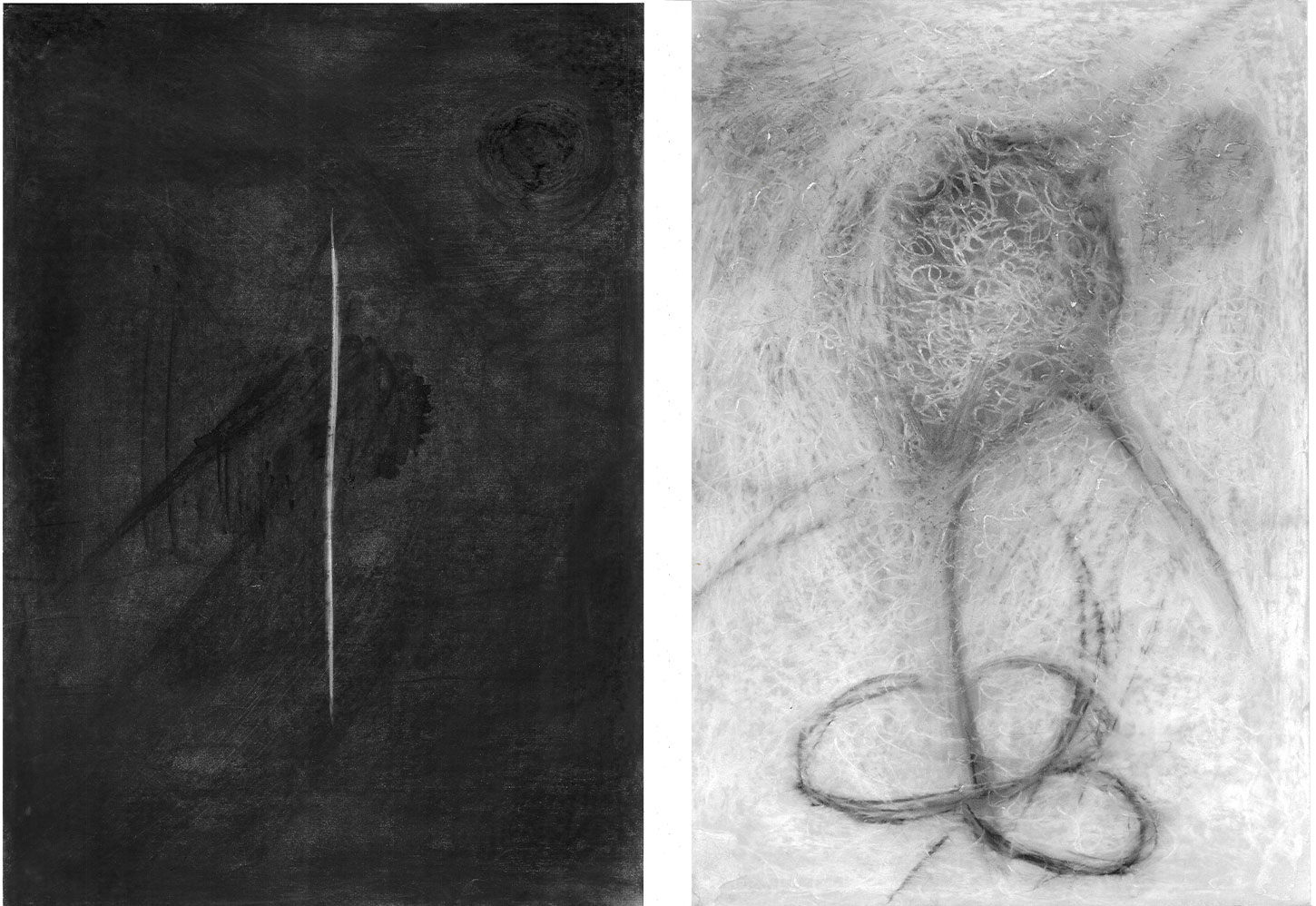 HAGAAH, HOFAAH (Left Drawing) - This was the first piece he created in relation to his Kabbalistic research. As mentioned on the previous page, he was able to take the forms and symbols from his research, and deviate from them to encompass the visual language of his current practice.

In this case, I was exploring the establishment of the divine light (see the previous page for symbolic meaning), and the act of creation known as ‘Tzimtzum’ in Kabbalistic mysticism. To give space for the universe to be created, the ‘Ein Sof’ (meaning no end), otherwise known as god, had to contract into a condensed vessel of divine light. Establishing a quantum leap from the infinite to a finite state.

LEHANZIL (Right Drawing) - An exploration of textures and forms using charcoal and chalk. Here it was important to establish a sense of looseness within his drawing, whilst also maintaining a sense of narrative and continuity between his visual practice and research. Both Pieces are charcoal on paper and 420 x 594 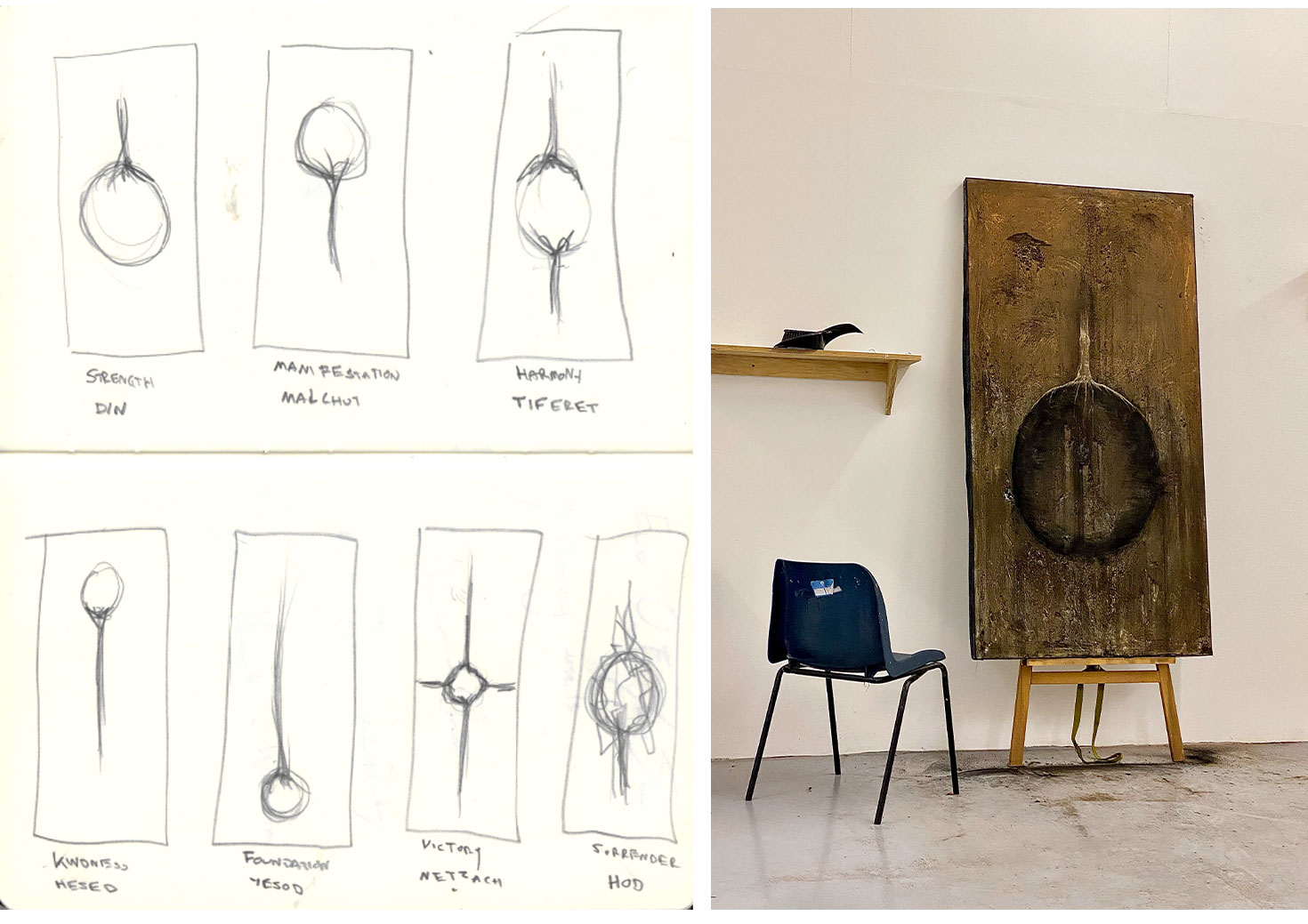 A closer look into the 7 exploded vessels. This is an extract from his sketchbook where he took the 7 vessels that exploded and began to visualize how he might represent them as drawings. This was also a key moment within his development of this collection as he stripped back some of the complexity from his previous drawings, and kept only the vessel that was present in his previous drawings, but not the focus. Furthermore, he believes that the final collection was a great departure point from his previous works, re orientating his focus from imagery alone to encompassed spaces and environments, and stripping back the number of crucial materials to emphasis the semiotics inherent to the materials themselves. This event, in turn, would determine the outcome of his final work for the Grad Show and the trajectory of his practice (for now). Please see below for making-of images from his final collection. 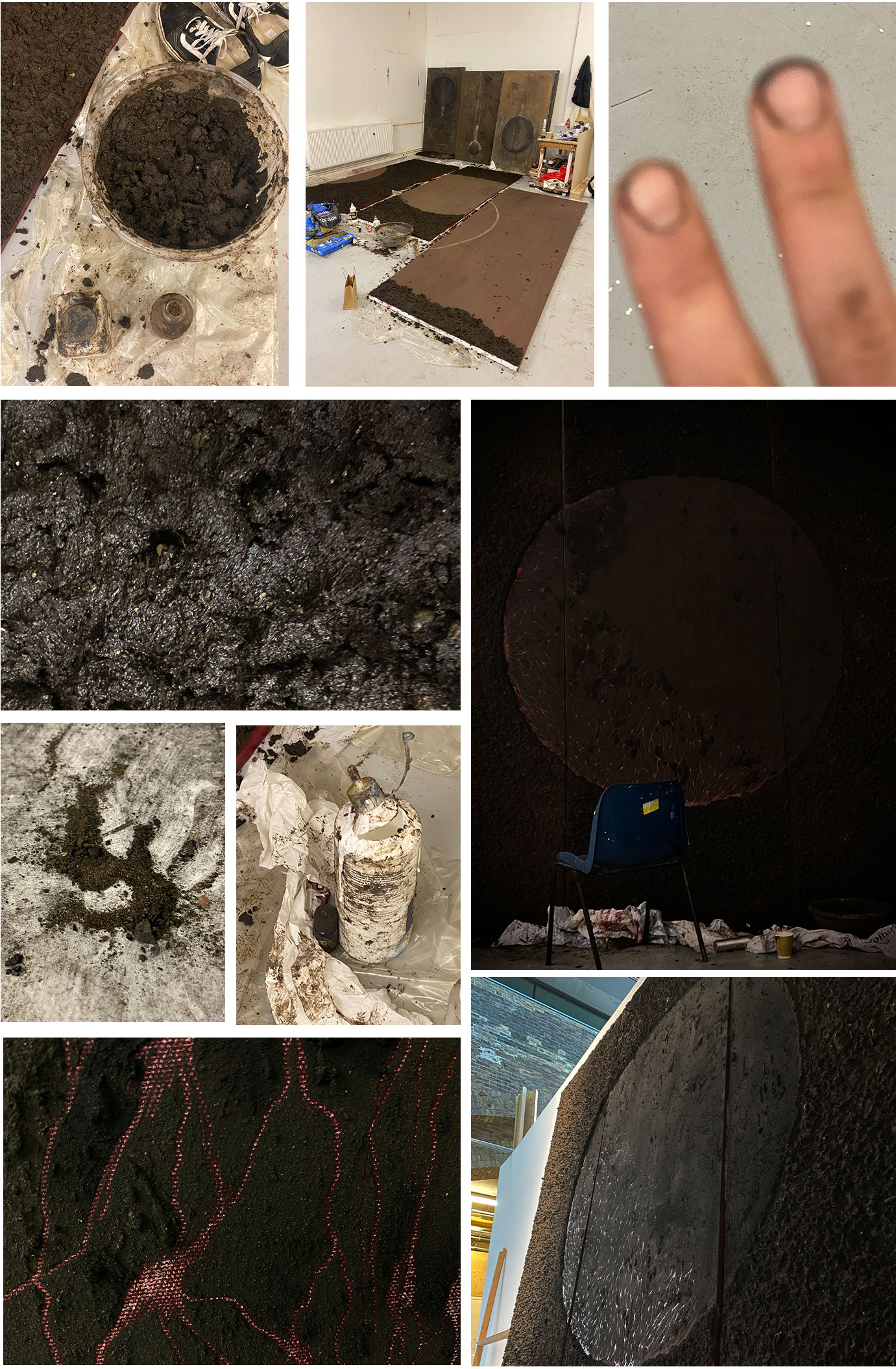