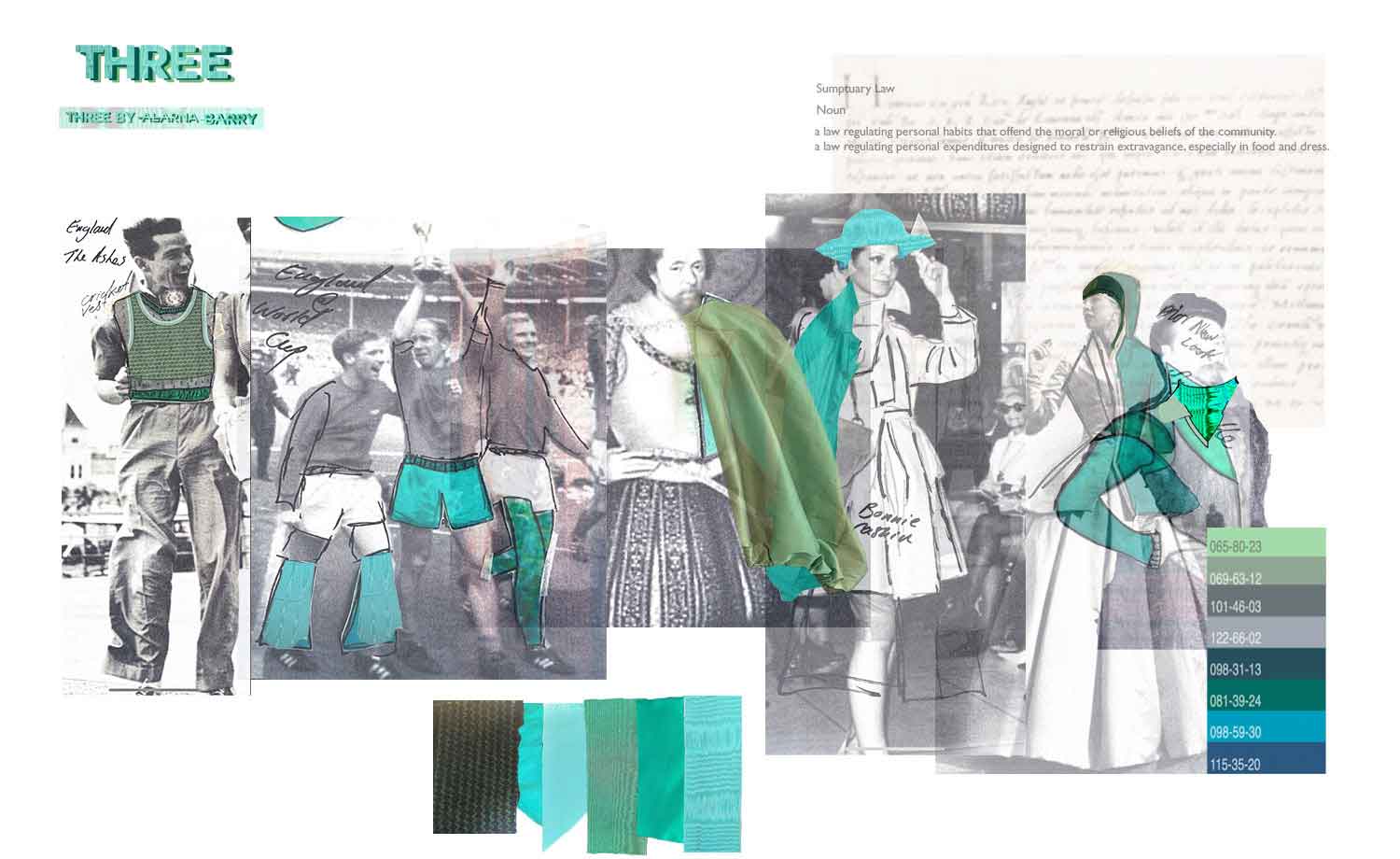 Alarna Barry’s collection Three, was heavily inspired by research by research into Tudor Sumptuary Laws which regulated consumption. The laws often prevented commoners from imitating the appearance of aristocrats and could be used to stigmatise disfavoured groups. Alarms explored garments worn by all classes, in particularly the corset, corsetry and its ability to show ones social class through construction method and fabric choices. As her research developed she looked into the evolution of the corset. How the corset once played a key part in showing a woman wealth to its journey into sports and loungewear. 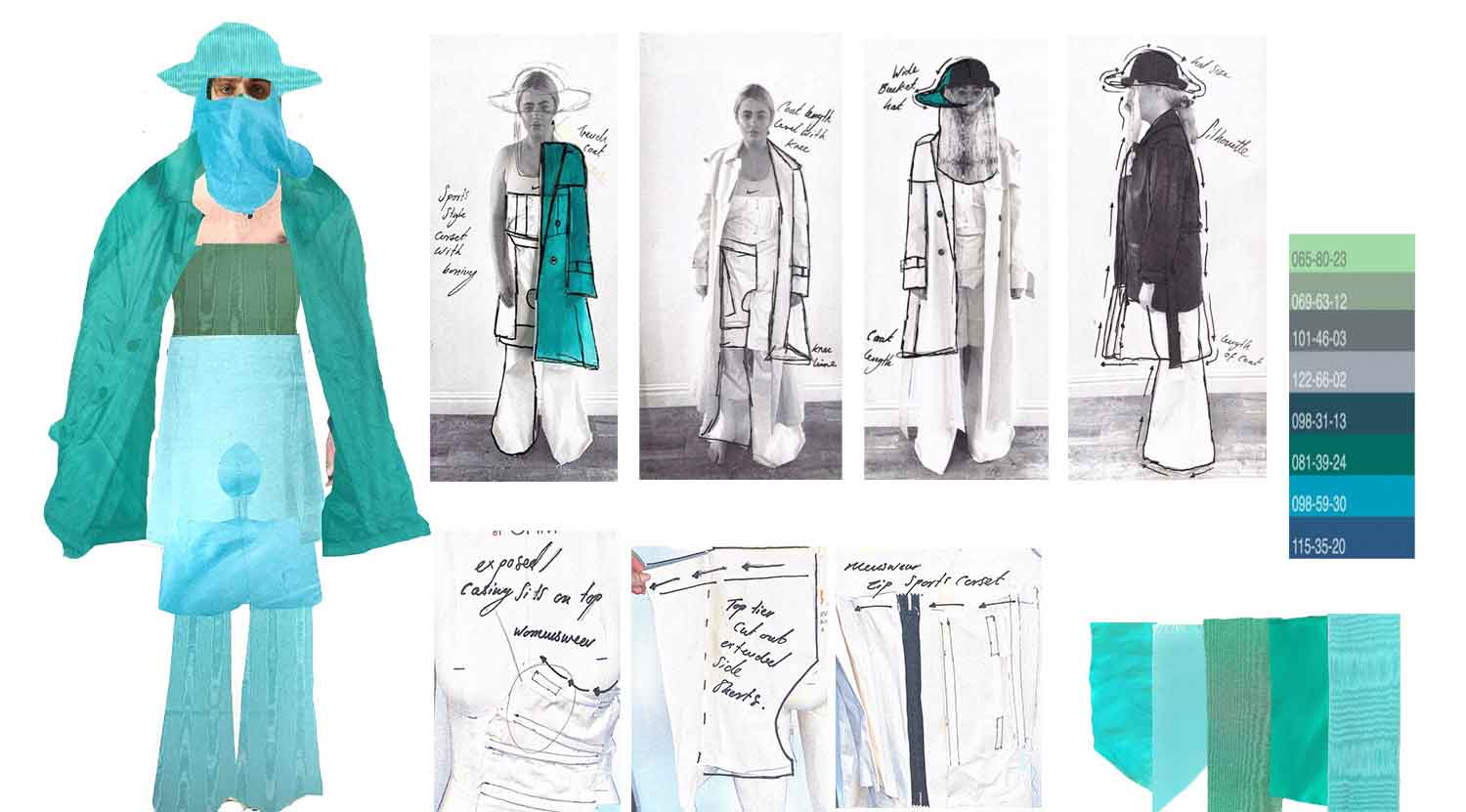 The corset was introduced as the base layer, boning was enforced to shape and hold a silhouette. Three is a menswear collection featuring layering. Each outfit in Three features layering of three supported with or without the aid of boning.

Taking specific references from use of fabrics and garments, especially the womenswear corset within the times of Sumptuary laws and its transformation within the 21st century wardrobe with British sportswear inspired Alarna to design a menswear sports/ tailored collection featuring boning in new and innovative ways. Fabric from luxury to every day have been combined to represent the freedom we have today within our clothing. Three, a mens sports and tailored collection featuring layering of three on each outfit. A combination of fabrics, with different textures, colours, prints and weights have been used in each outfit, inspired by Tudor sumptuary laws restrictions to mix fabrics depending on class. Three is made up of luxury fabrics, custom printed fabrics designed by Alarna. A considered combination of sportswear and tailing garments have been used within experimentation to achieve a balanced silhouette within layering. 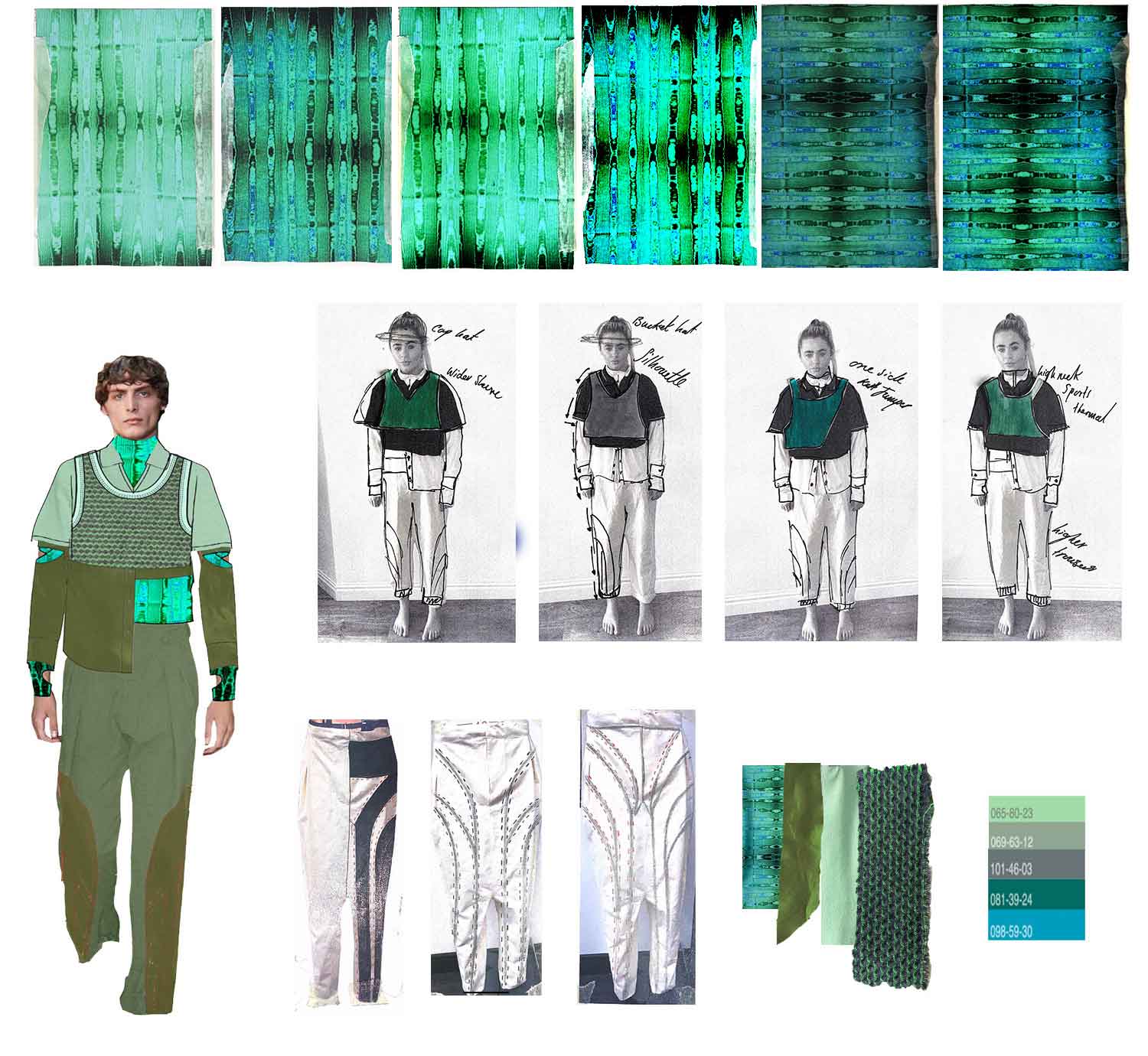