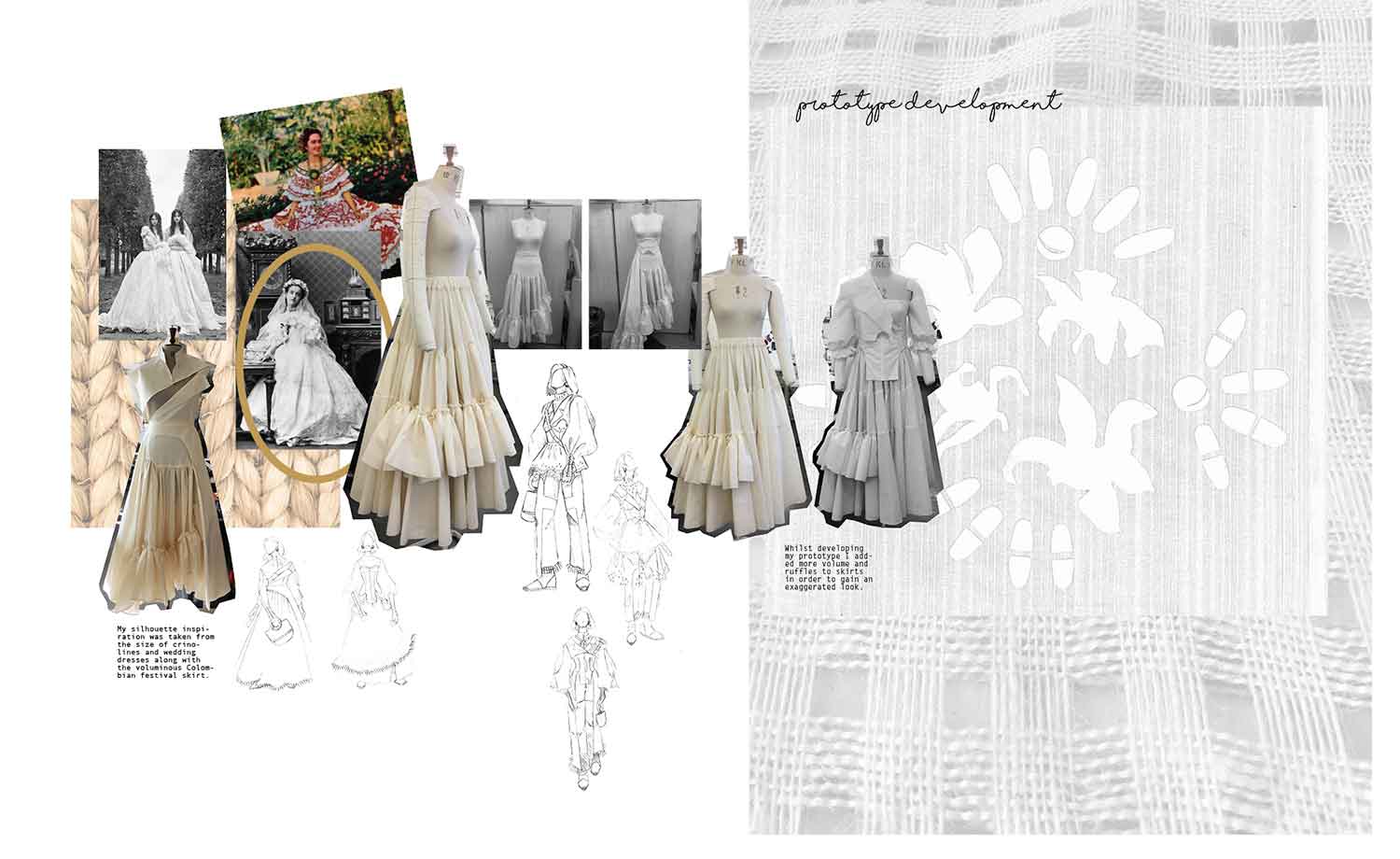 Alejandra Herrera’s collection is heavily research focused in order to develop a six outfit collection that narrates a story of her mixed cultural identity, celebrates her Colombian heritage and fully expresses a loss of innocence due to drug and political corruption. With a mixture of touch points including: The wedding dress, undergarments, corsetry, the crinoline, petticoats, Medellin's festival dress and the Colombian drug corruption, Herrera’s collection displays juxtaposition of beauty and corruption. 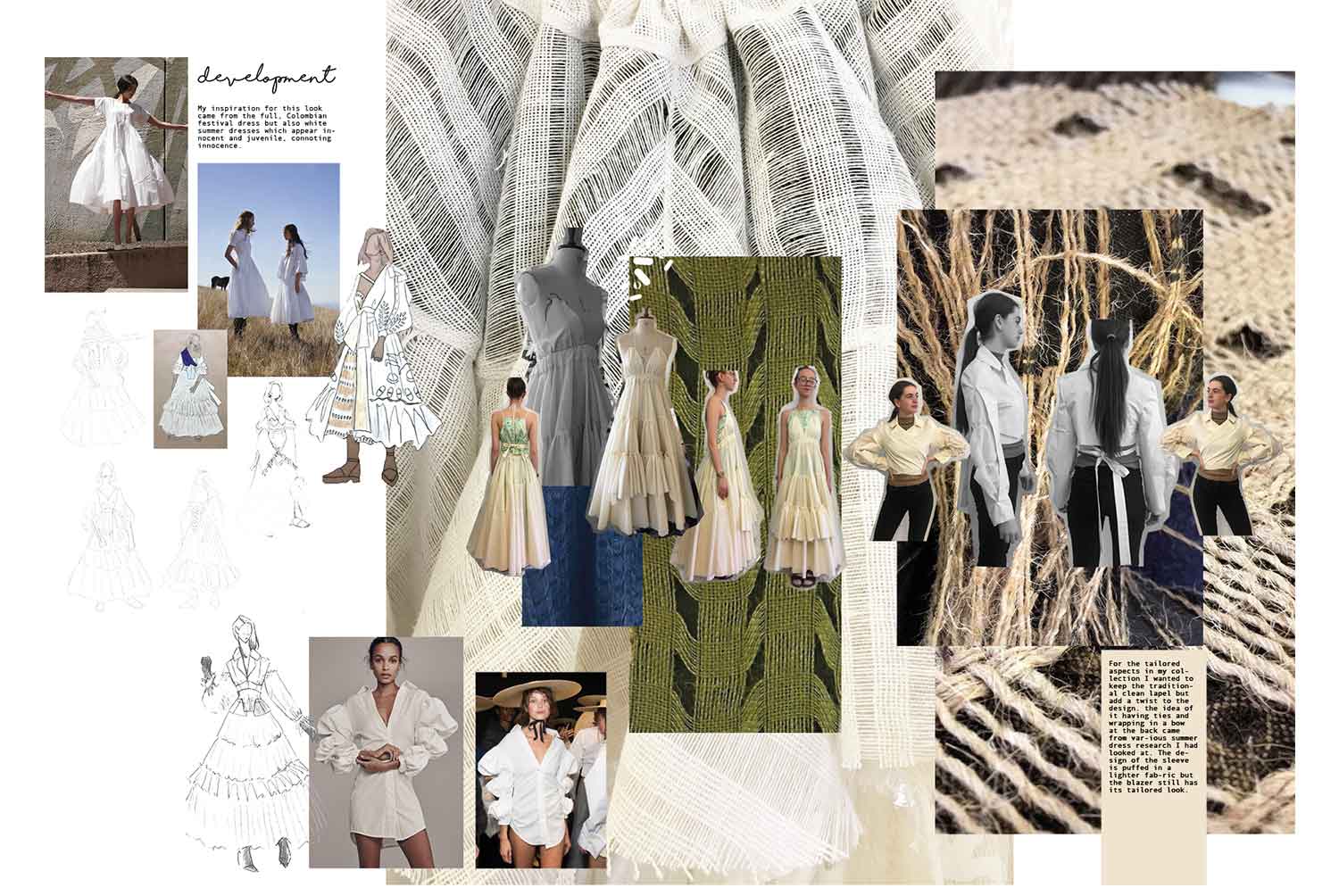 The in-depth research done on the wedding dress and undergarments, along with visual aids from the online resources solidified an understanding of what was traditionally deemed ‘pure’ and ‘innocent’. Exploring the beauty and ridiculousness of women’s clothing along with the symbolism behind the colour white used for purity and innocence, which was often ignored or used even when the bride was not a virgin, was a source of inspiration. The crinoline in the 17th century, which was ridiculed by men for making women ‘unapproachable’ and the petticoat was also classed as a required undergarment that made women look 'acceptable and adequate'.

With such stark juxtapositions as inspiration, it seems only fitting that the textiles reflect the battle between the contrasting elements. Using recycled coffee sacking is significant to show Colombias famous coffee exportation. Looking at both men and women’s wedding attire and varying shapes of historical corsets managed to incorporate a tailored aspect to the designs while mixing modern street style to give an overall high fashion look. 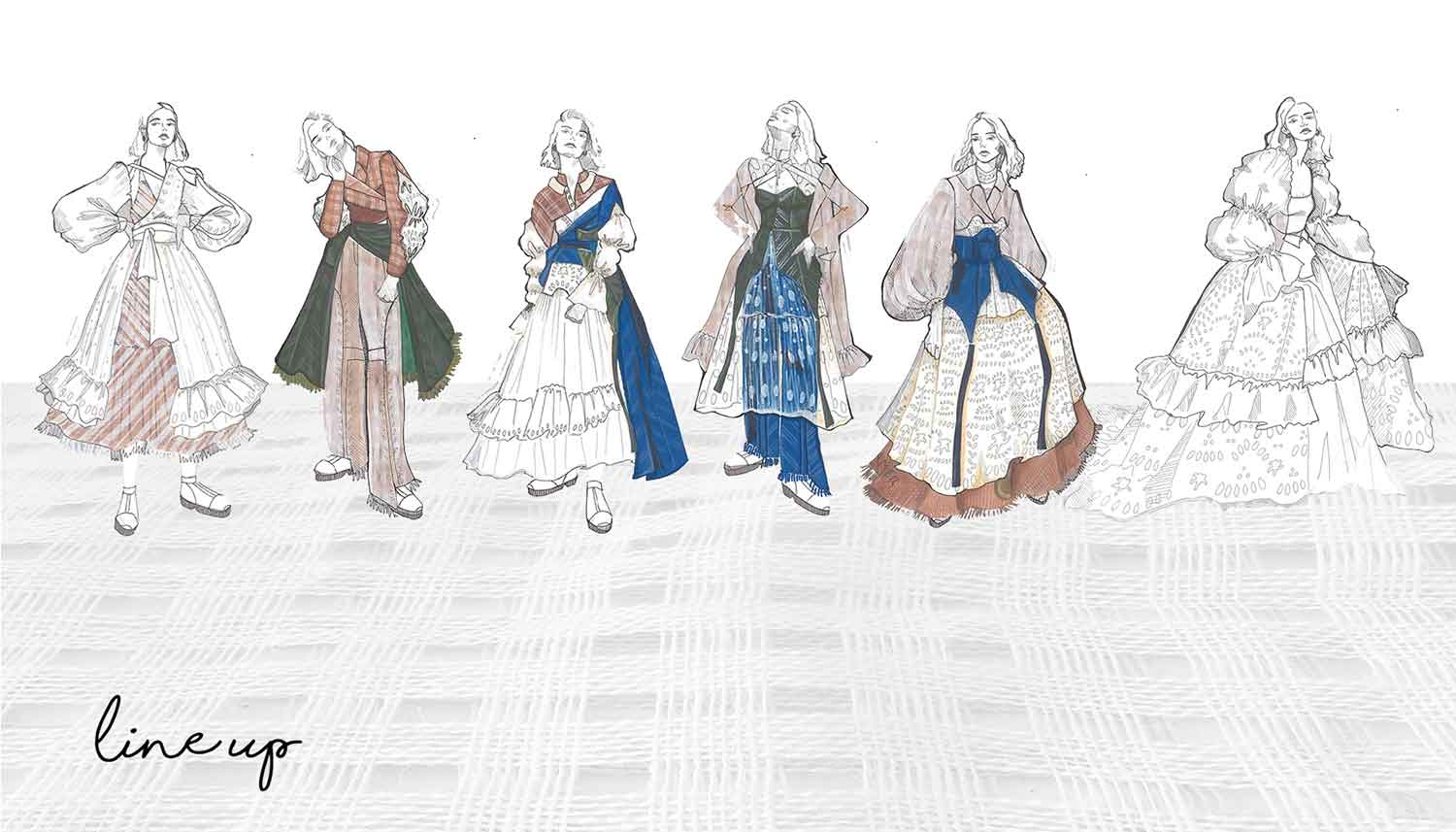