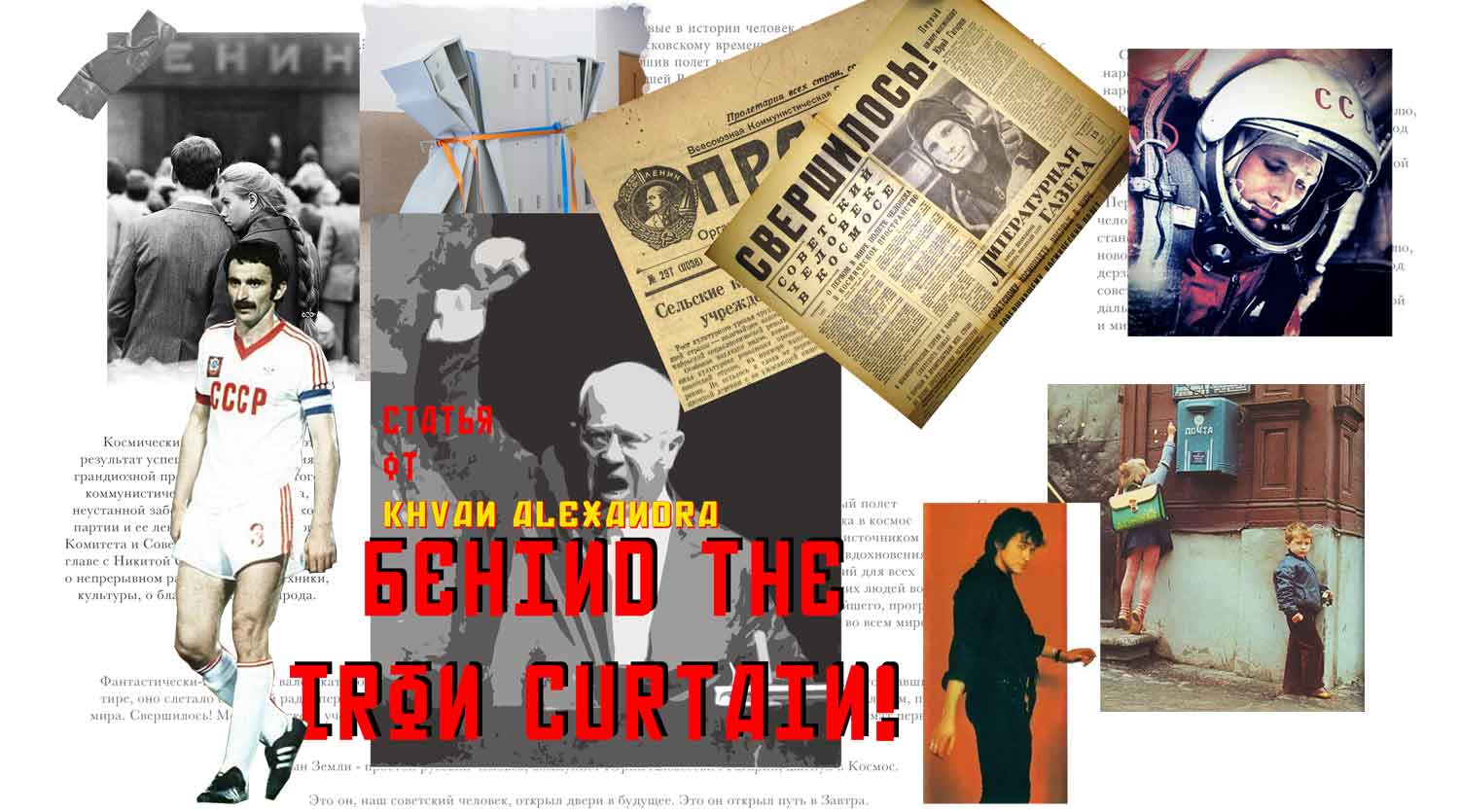 The theme of this collection is representing events during one of the most important occasion happened during XX century which is Cold War. “Cold War” is a well-established phrase, denoting a period of tension between the USSR and the USA in the second half of the 20th century, against the backdrop of the nuclear arms race and the promises of Nikita Khrushchev “to bury you” and “show Kuzkin mother”. The period of the Cold War lasted from 1946 to 1989 with varying degrees of frenzy, and completely sunk into oblivion in 1990-1991, with the uni cation of Germany and the collapse of the Soviet Union into small pieces. 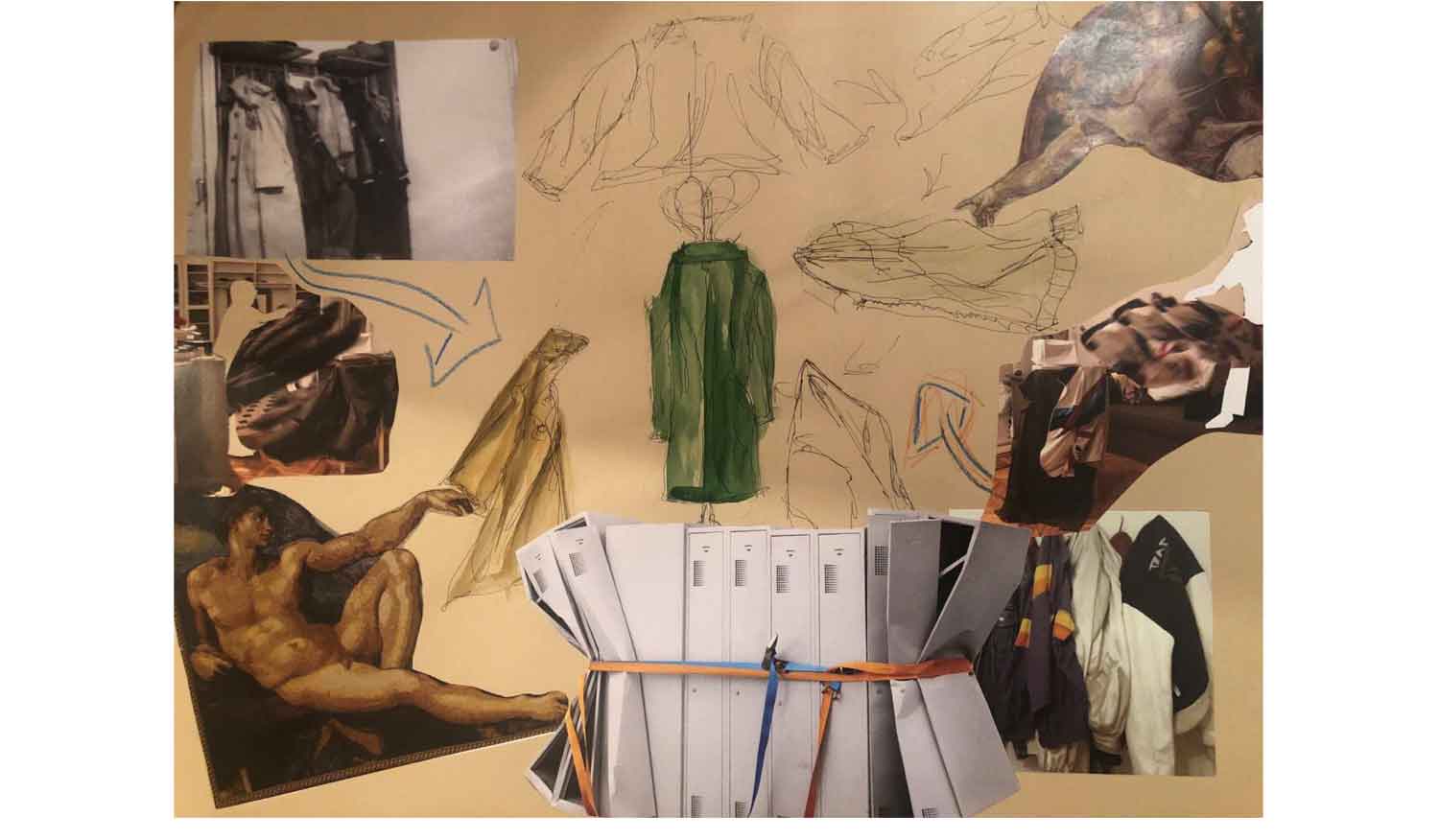 The process of creating the garments was inspired by a simple hanger on which the pieces are thrown unintentionally. Where the final story of it is a combination of the soviet aspect, with its story as a football and a first human being in the space.

Another source of inspiration is the exhibition of Matias Faldbakken Invention #21. The artist combines the idea if convincing and vandalism by wrapping school lockers with a tow. Which I can highlight it more than related to the idea of Soviet life. Being in a totalitarian regime but still feeling free in some way and sometimes to break free. The way of the wrapping gave Alexandra the idea of a strong and recognizable part of her collection. 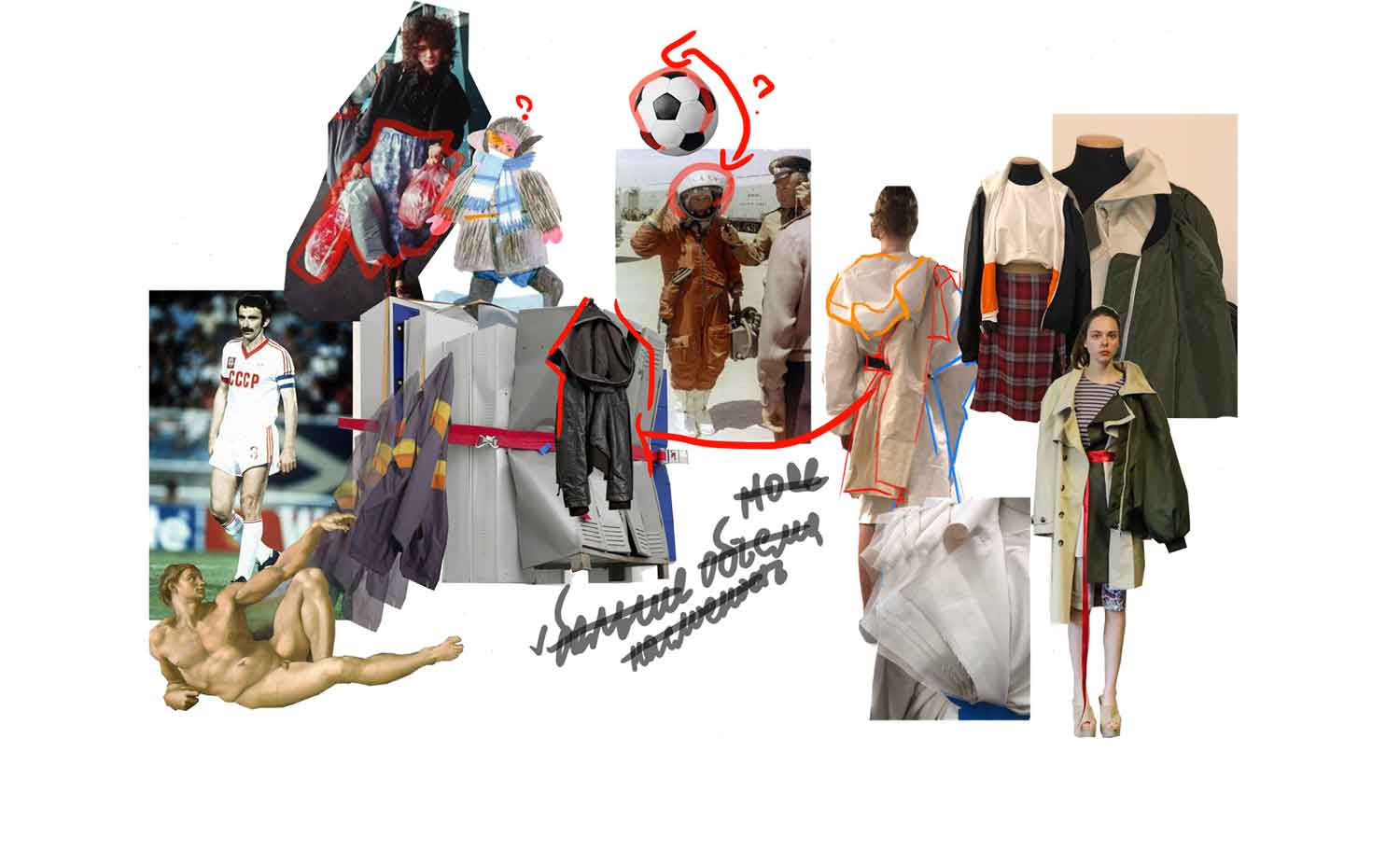 In place of Soviet rigour in a suit, diverse came asymmetrical cuts, with “eyesore” colours. Everyone wanted to finally stand out of the crowd, but most did not know how to. On the other hand, not all of them could afford these imported garments so people started to wear literally everything they had, starting from the neon leggings coming to a raspberry colour blazers. The mood is very hard by a financial cause although very colourful thanks to free people choices. 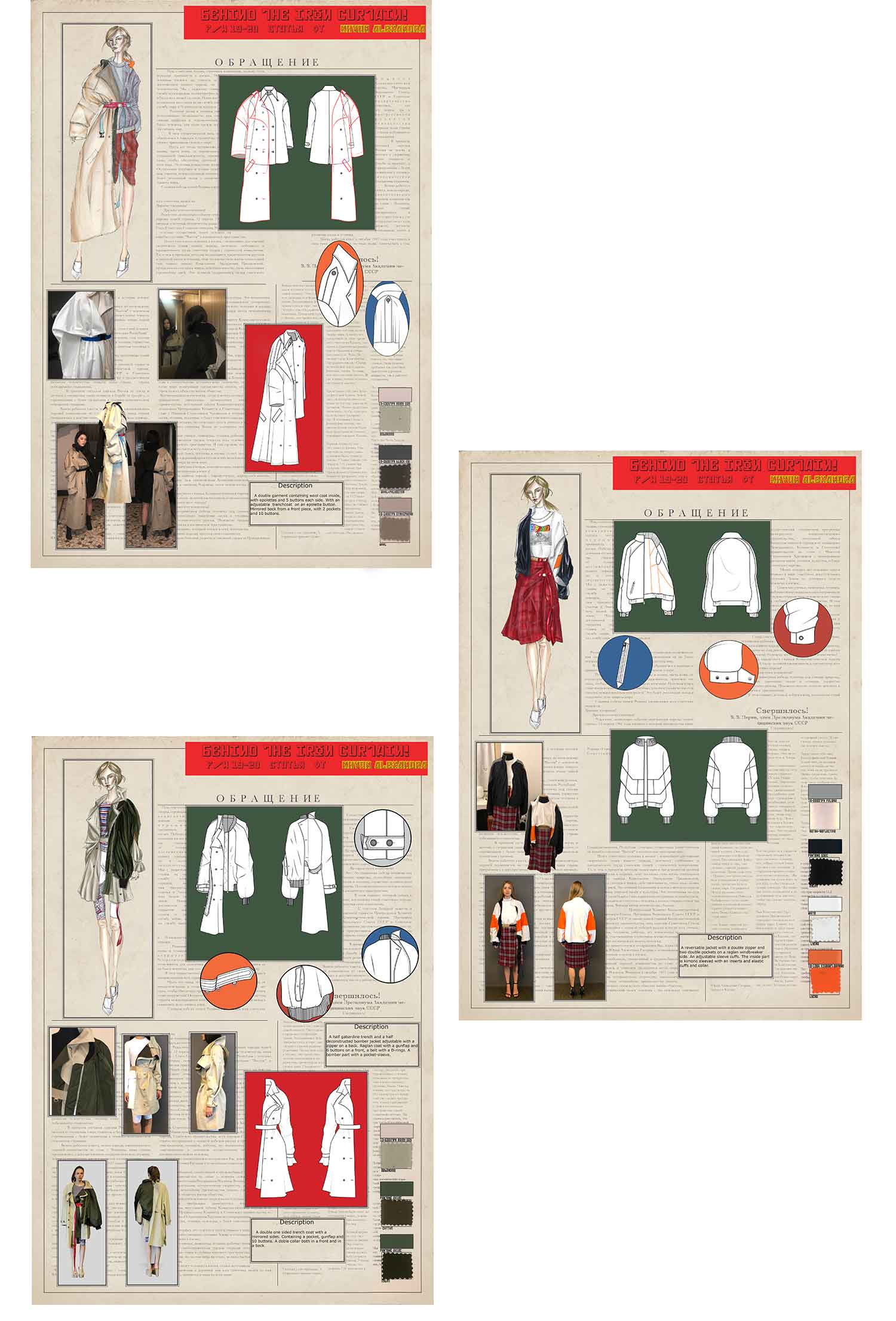 This collection is a reflection of her inner self which for a long time has been insecure. She wants to clarify to society that even «ugly» things are beautiful by themselves, each one individually by showing what really is behind the curtains.