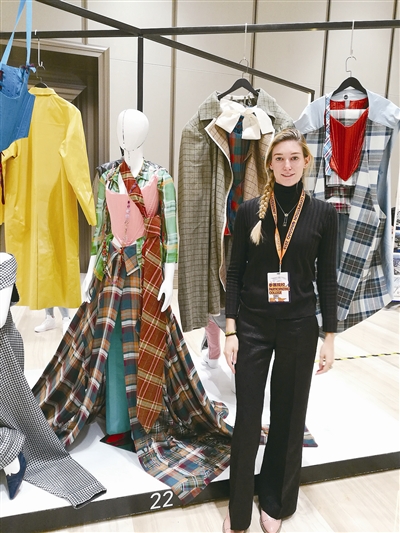 An old photo brings inspiration to Alice Pons, London College of Fashion, University of the Arts
Alice Pons has just graduated from the Fashion College of the University of the Arts in London this year. The work she brought is called "Fantasy Island", which is derived from a dream island that is far from Britain in the classic fairy tale "Peter Pan".
Alice's design is like a contradiction. On the one hand, there are big exaggerated ties, vests, jackets, and on the other hand, it is a corset. Alice told reporters that the design was inspired by the old photos that she suddenly pulled out of her home last year. In the photo, Alice, 5, wore her father's suit and unconsciously fiddled with the lapels of the suit. “Photos give people a feeling of being young and pure, and they also convey a kind of happiness when they are freed from the adult world. The corset represents the social bondage to young desires in adulthood, but large-size coats and ties can be expressed. A sense of looseness after breaking away from bondage.” Alice is from Milan, Italy, and her work draws inspiration from ancient Byzantine mosaics and Gothic round windows.
Alice said that China's fashion industry has developed very rapidly in recent years, and 70% of her classmates are from Asia.