Aliveena Darr’s collection “The Daunting Waiting Room” was inspired by her younger brother’s journey in and out of hospital. A hospital environment can have many negative connotations as people’s experience right from admission is usually a negative one. Her project takes this idea and allows it to be narrated by a child to show the more innocent mind and imagination, exploding in such a clinical environment. She’s taken aspects of a hospital such as, the ugly cliché paintings, the waiting rooms, hospital leaflets and signs to further delve into how they should make a patient feel vs what it actually provokes for child. Inspiration has been taken from Jeff Koons childish and playful art themes and propelled against Anish Kapoor’s minimal, clean sculptures to bring the contrast alive.

Her concept heavily features her younger brother’s core medical supplies such as medical tubing, and imagery of his hospital room’s in the past. A key inspiration is her brother’s observation sheet’s. Most families cherish children’s drawings, however his daily notes from birth till now have become part of his life as much, if not as well as his collection of drawings for Aliveena and her family. Using this she was able to quickly identify her colour scheme using the clinical blue’s of a hospital combined with her brother’s favourite sensory colours often used in his paintings.

Her silhouettes are a combination of her key oversize and extra volume aesthetic whilst considering the uniform around a typical hospital. Nurses tunics , patient gowns and scrubs were used to help her drape and inform her design style in this collection. 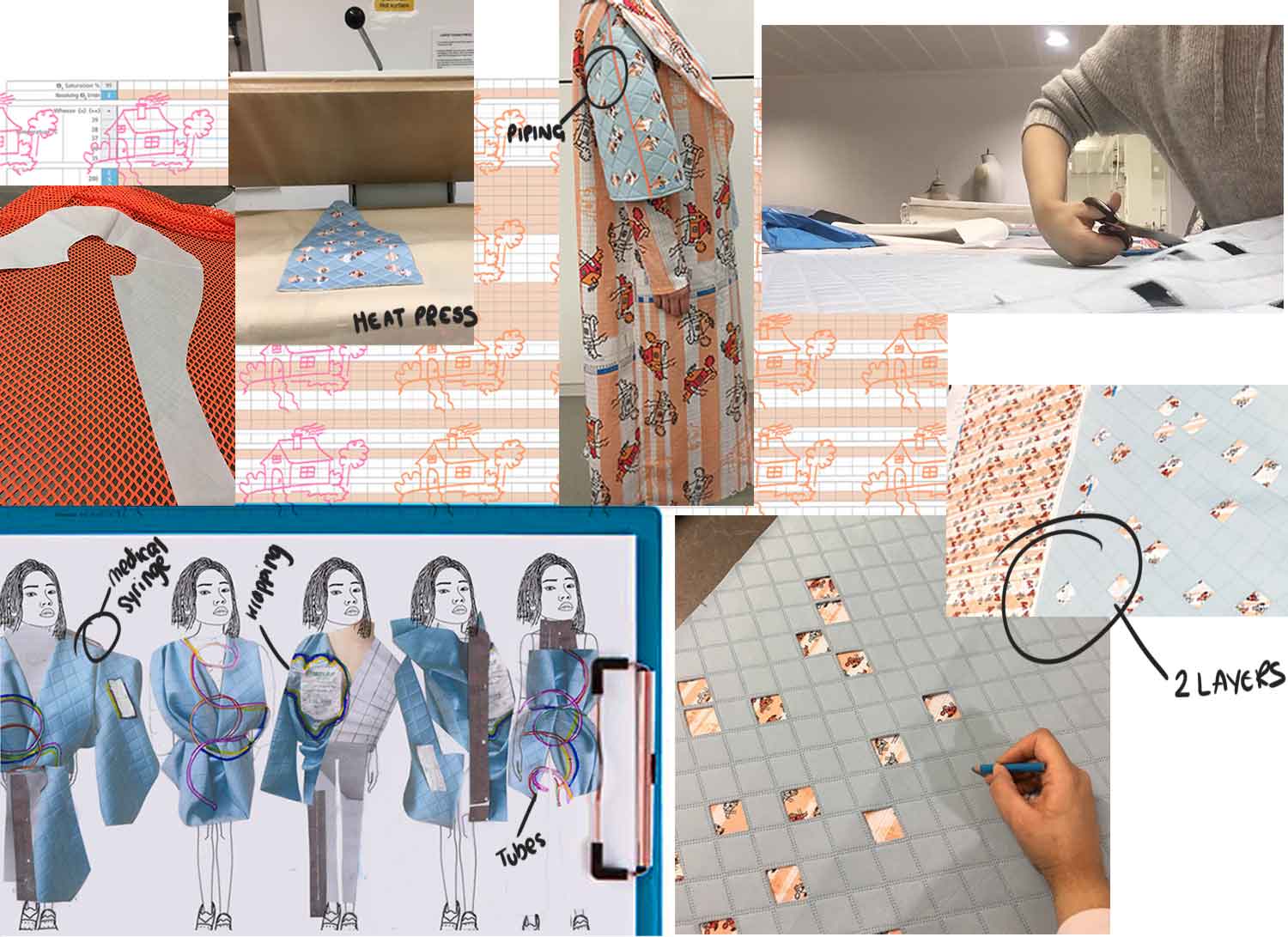 She used reverse appliqué to add layers stemming from her concept moral of looking beyond the clinical surface. This was a repetitive process of each pattern being made up of 3 layers. Firstly the sublimated print on a shiny glacier polyester material, second the blue quilted polyester and finally the binder sticking both pieces together Bondage. The square pieces were all cut by hand using much precision and patience. The squares where plotted in a such a pattern to p keep the fabric structure but also revealing the chosen parts of her print as suitable for each piece. A fluorescent orange gauge mesh was introduced to add further texture whilst also tying in the orange colour from piece to piece. Finally orange rubber piping, orange binding and orange components for the straps were used to imitating the medical tubing and equipment and being a finishing touch to the collection. 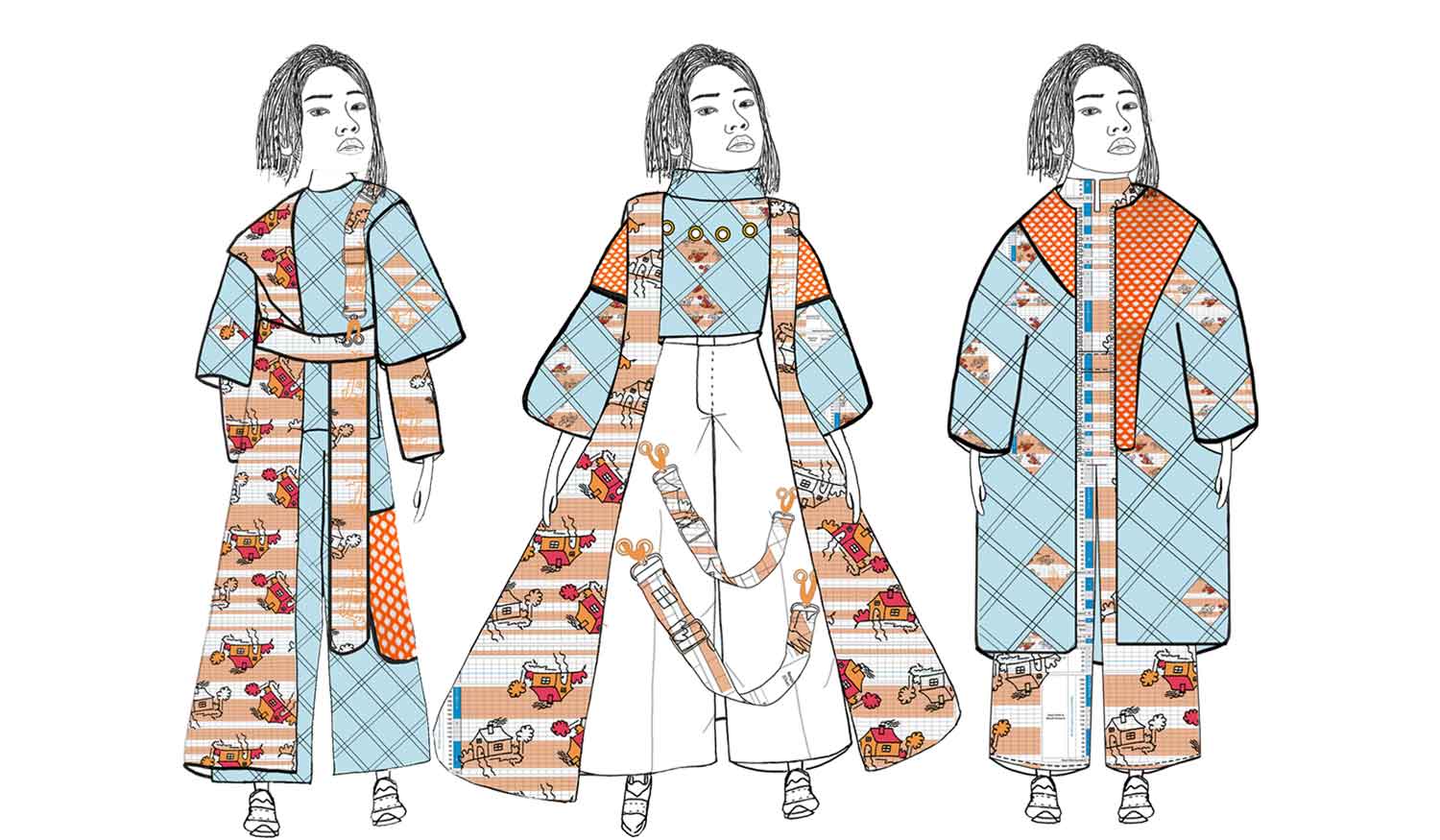