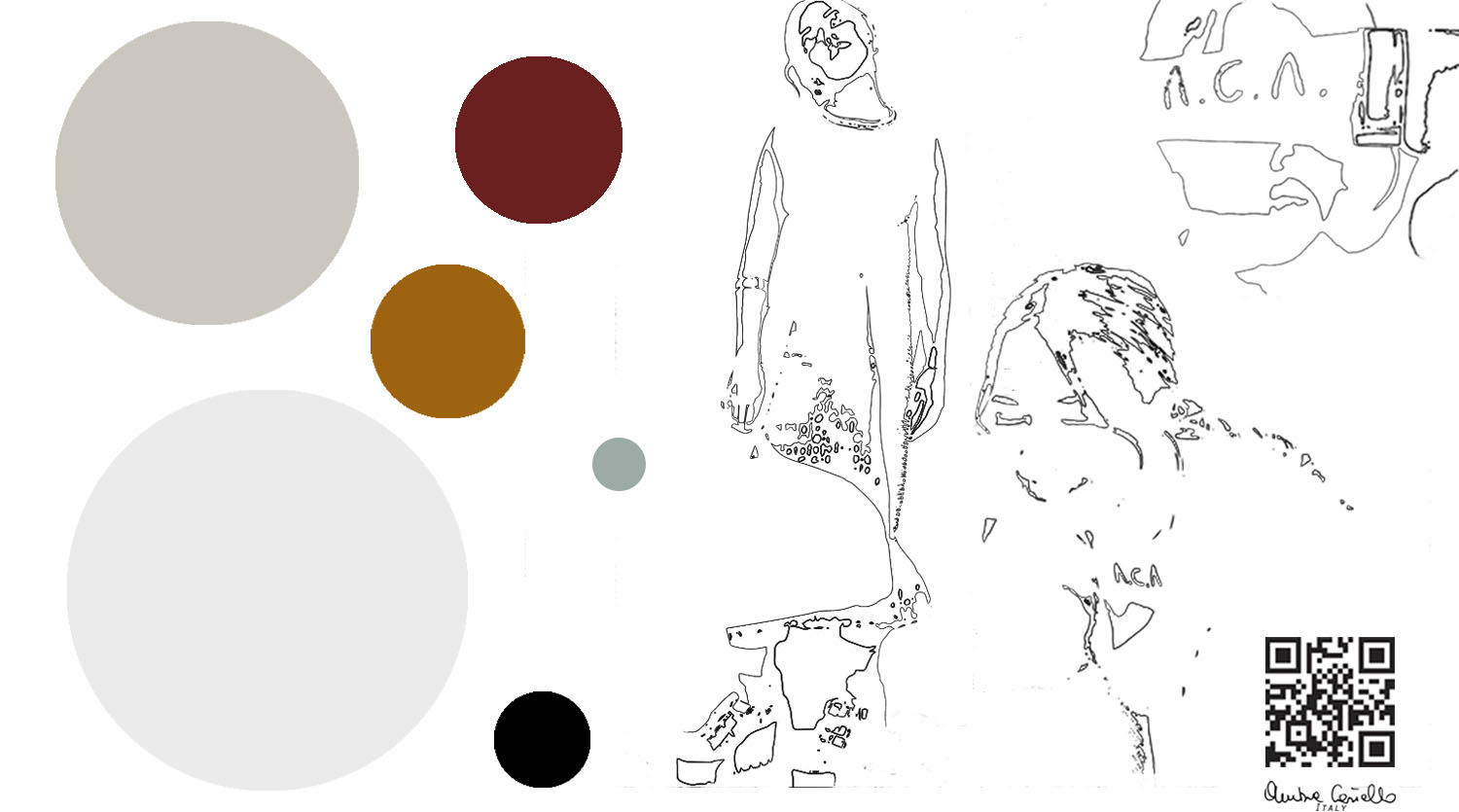 Ambra Castello, for her collection, decides to start with herself and after an introspective analysis, she lets herself be inspired by a dream that occurred when she was just a child who disturbed her and to which she never managed to give meaning. Ambra used the five senses, she didn't move but she felt the taste, the smells and the noises of metals. "What was the point? Why did I dream of such a thing? ” These are the questions that Ambra asked herself and to which she decided to respond by creating her collection.

But the analysis within oneself does not end here for Ambra, who lets herself be moved by the flock of birds and decides to transfer this into an optical print inspired by the artist Escher. Thus was born "A.C.A. Attention Crochet Annoying ". Ambra has decided to concretize the plot between the parts of her personality and her life, which she has included in this collection, through crochet work and alternative materials and out of any logic to which she arrived after a careful and long research .

A spring / summer collection; between transparencies, typically sporting fabrics, with a wet look and colors that recall melted metals. Practical and capacious accessories, made with the same technique as the clothes. A collection characterized by minimal cuts and lines for an enterprising woman who knows how to adapt to various situations, flexible as Ambra is. Six look with sporty cuts and fabrics but reinterpreted in an elegant and more refined key for decidedly sophisticated dresses.

I sink into a disorderly and incomprehensible atmosphere. Tormented by a screeching sound, tasting substances from unpleasant tastes, metal, while the touch and smell are kidnapped by equally upset. Reappears the real world and lost crave a reason. Suggestive flocks, real upsets, They belong to me. Reality and illusion, truth and utopia, tissues in an unusual plot, between transparency and optical prints. The Talmud says: “ A dream that is not interpreted It is like a letter that is not read“, here there is mine.