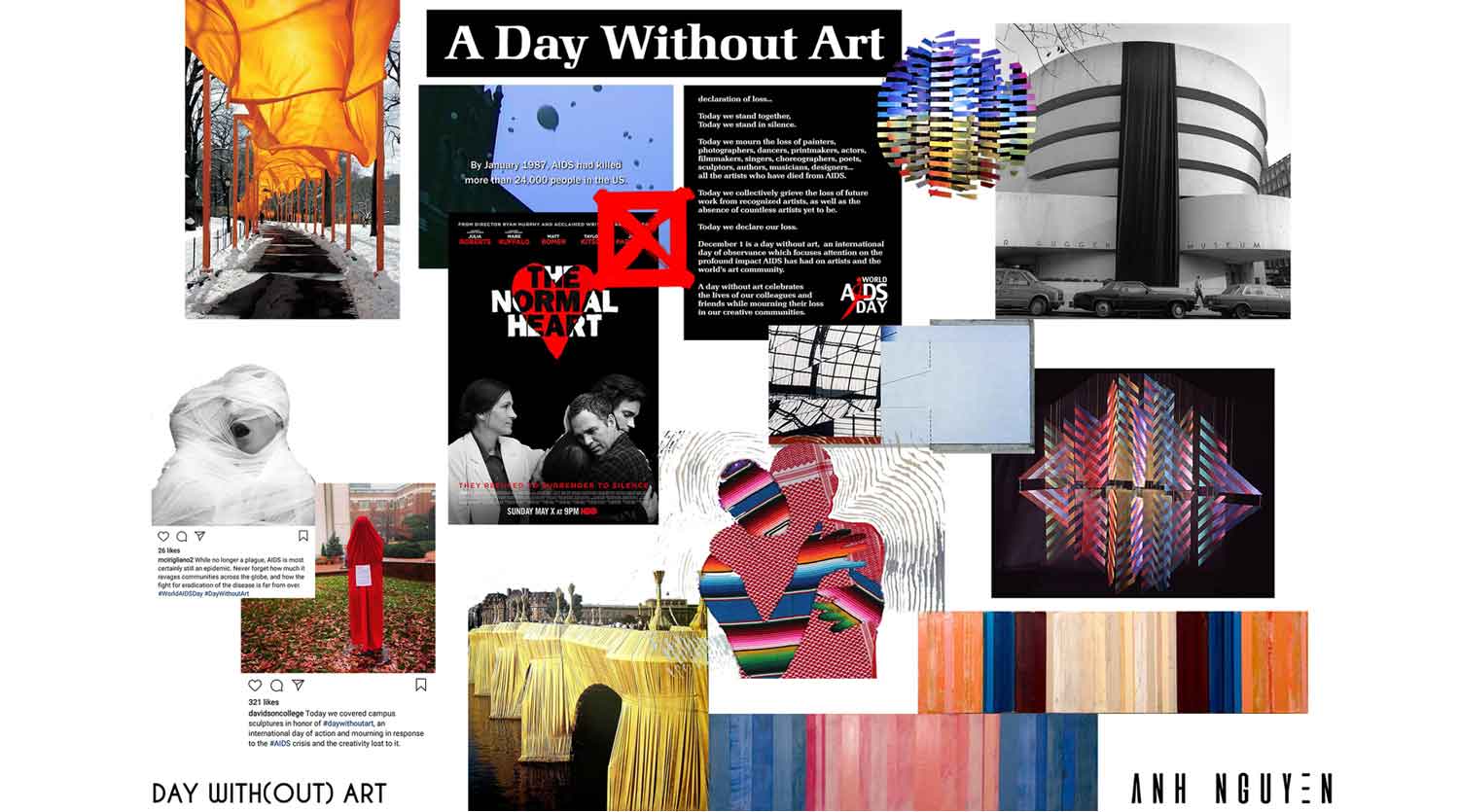 My graduate collection was initially inspired by the movie ‘The Normal Heart’, describing the HIV/ADIS crisis within gay men’s community in New York City in the 80s and their struggles among genders, life and death. ‘Day Without Art’ was launched on Dec 1st, 1989, and until now, it was to demonstrate compassion for artists who lost their lives to AIDS and many who are still living with it around the world. It also raises awareness about this pandemic that is still spreading and incurable. 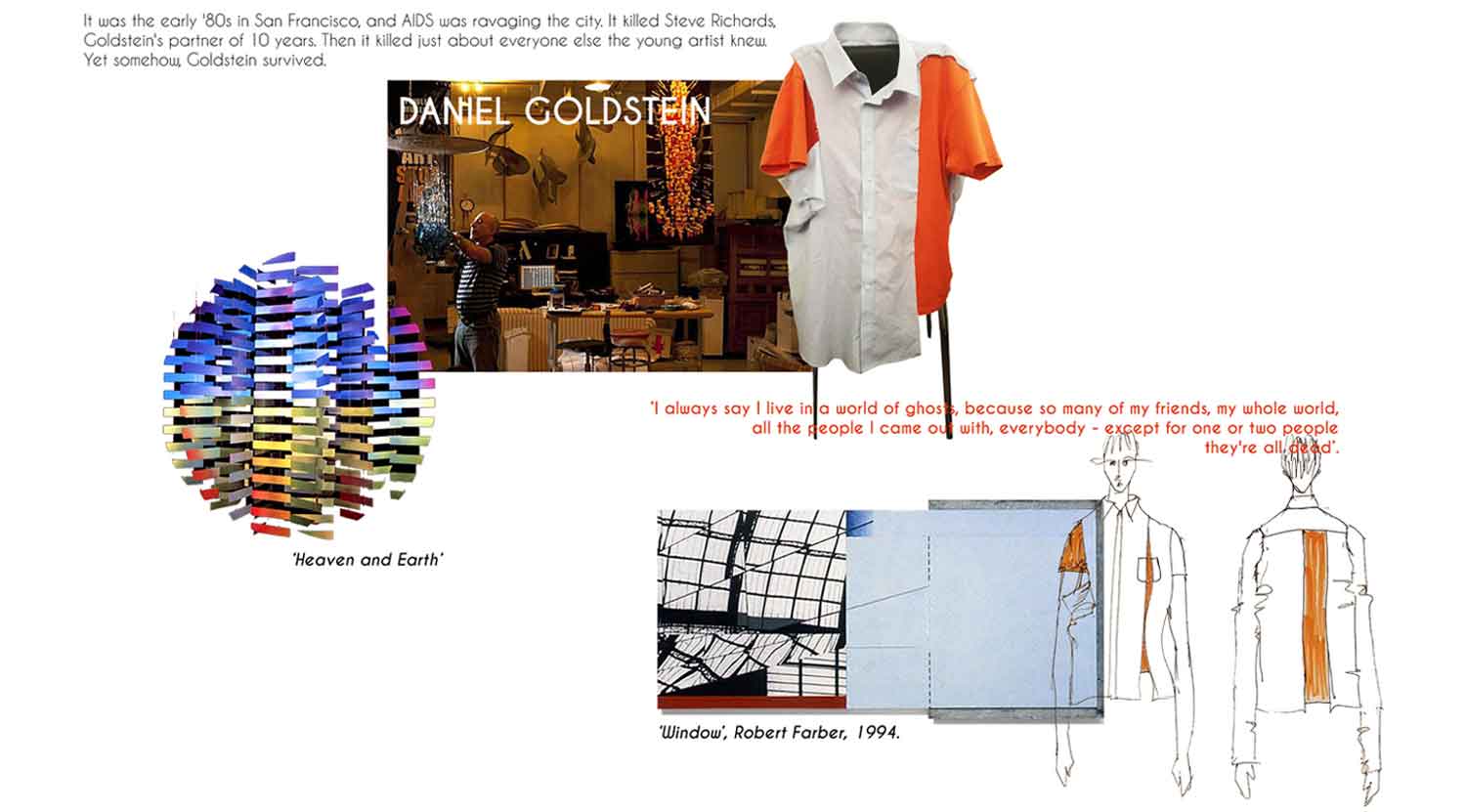 Artwork from artists with HIV/AIDS around the world was covered for this particular day and activities which then mainly inspired my collection by wrapping, layering and covering details and fabrics. At the same time, I was influenced by the work of many artists in the HIV/AIDS community like Daniel Goldstein, Alexander Hernandez, Keith Haring, Fabián Ríos Rubino, etc. He came across a lot of colours, stripes, layers and wrapping ideas while researching their work. Stripes are understood in many possible ways in his collection but it was just the simple definition of lines running parallel together.

From there, he re-imagined stripes in many different ways, from traditional printed lines to fabric slashes, pleats, either in the lining of a coat or on the multiple layers of trousers. ‘Day With(out) Art’ collection reminds people of the sad, tragic & depressing past and at the same time, it brings energy, happiness and positivity into the present and hopefully the near future that the pandemic won’t be harming people’s lives anymore, either psychologically or physically.