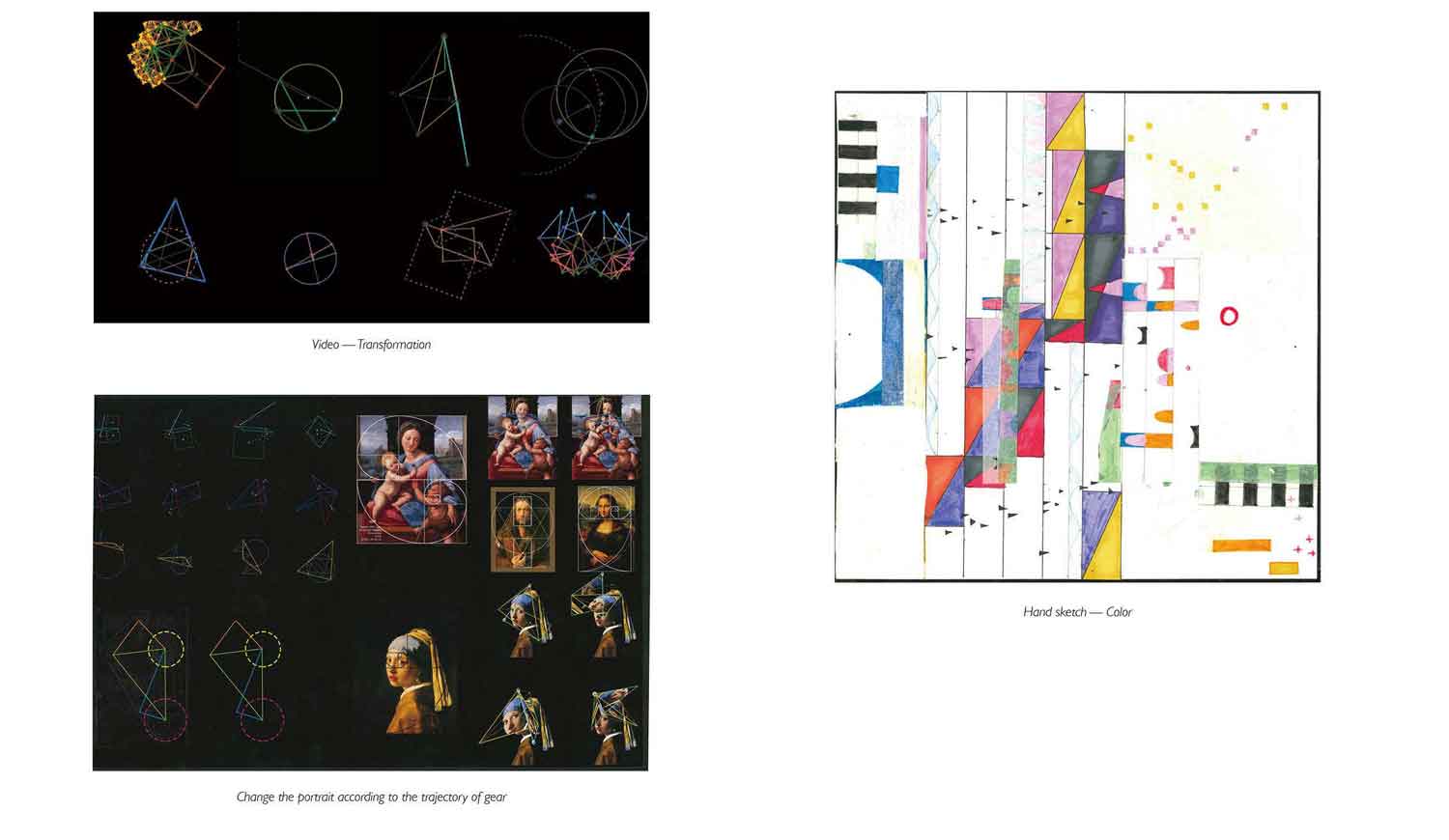 Everyone has their own stereotype impression of art, what it should be looks like even though nowadays it has claimed that art can be everything, but we still can not get rid of this “concept”. Art itself. So Qiuyi really want to go back to history to analyze it in a more logical way. Without personal emotions. But, can art be calculated? The answer is in articulated. That’s how he got his collection name. “In-arti-culate.

Artist Lull claims that, if you want to analyze something like a concept which is abstract and intangible. You need to find 2 key things. First, is the basic elements of it. And then the grammar of it, the system. So, in order to solve Qiuyi’s question, he really gets into the process of how people perceive art. Based on the process, Qiuyi did some preliminary studies, like some hand sketches, playing with the golden radio, and changing the proportion of the portrait according to the trajectory of the gear. Or some paintings, in order to understand the color theories in traditional art.

Duchamp’s works have a great influence on him.In the end, Qiuyi chose the shape of a fountain/bicycle wheel/chair as the structure of his clothing, which are the symbols that represent the idea ”challenge the definition of Art”. Then Break it down into curve lines, straight lines, circles these Basic graphics, changed their proportion, then apply it into boning structure, the hem of the trousers and other details 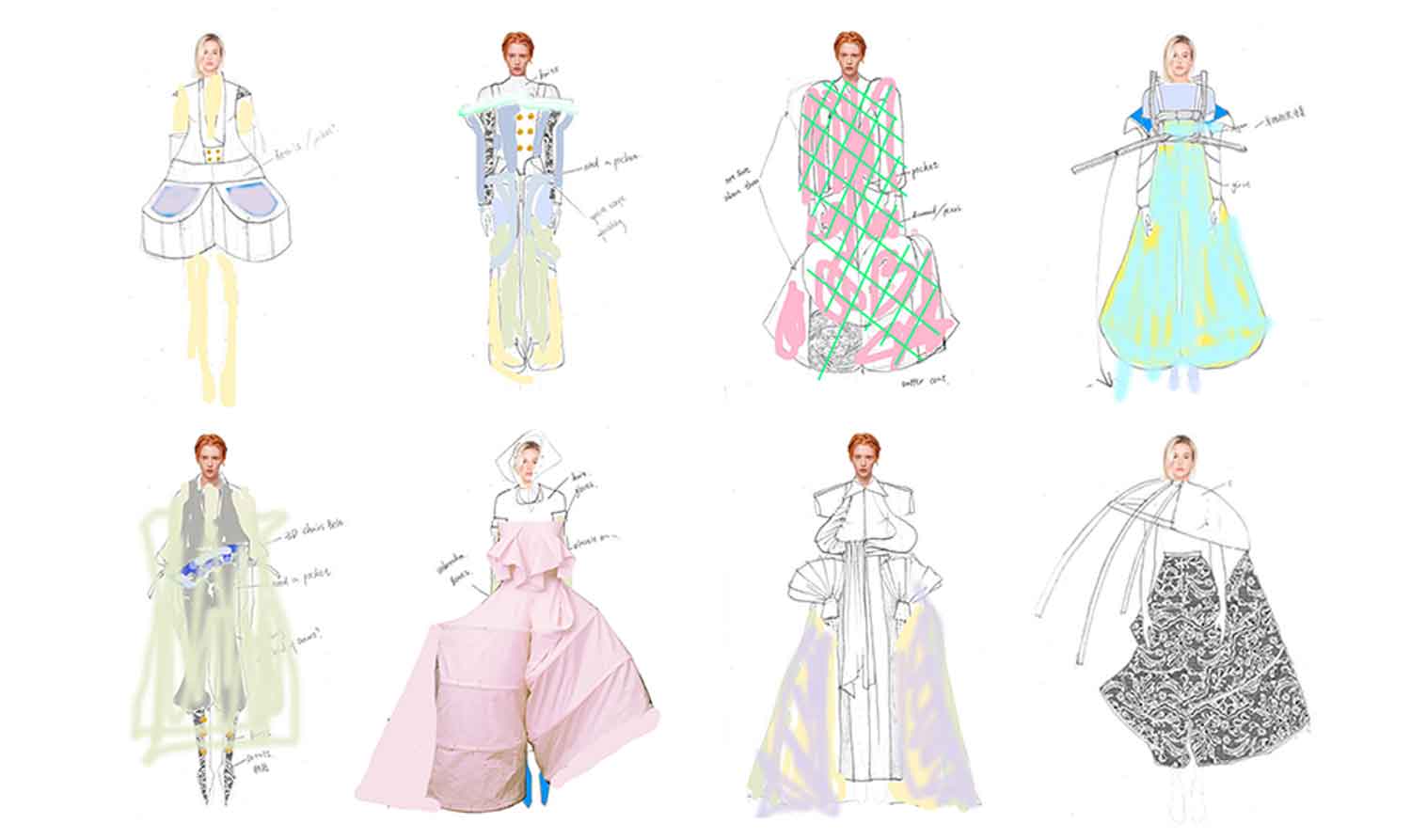 This is Qiuyi’s final collection line up. Art itself is actually a word with infinite possibilities, but we still have a certain stereotype impression of it, how it should be like, Not to mention other concepts. Qiuyi wants to show people the process of how they perceive art, and remind people not to get too used to what they already get used to, not to limit our imagination. Each of his looks is an example, an aggregate that represents new possibilities.