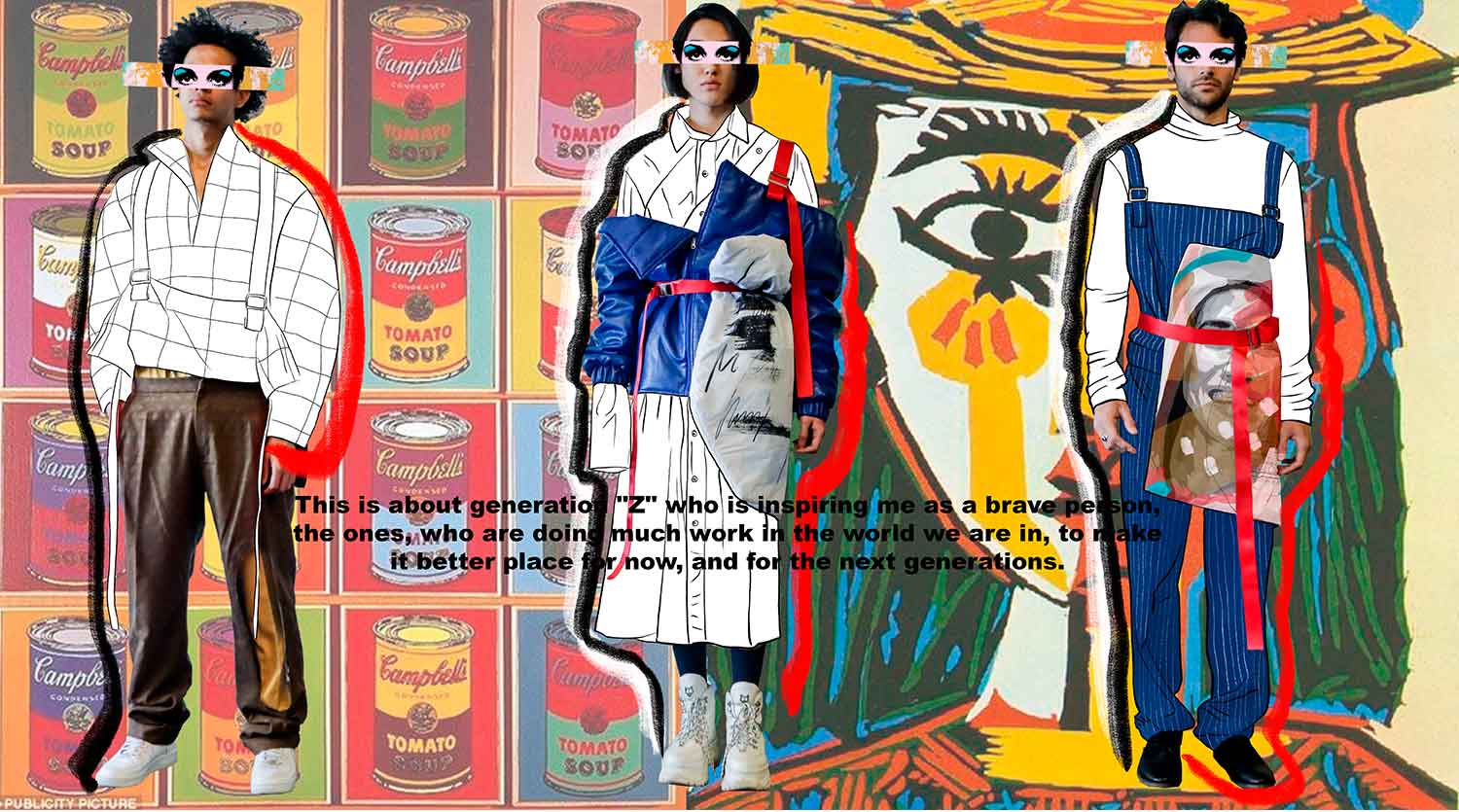 Assem Issingarina’s collection was mainly inspired at Andy Warhol’s exhibition that was presented in Rome 2018. The way and style of Andy’s art that contained a big variety of colours and broad lines, as also people’s “photoshopped” images inspired her to paintings, which later became the basis of the entire collection. 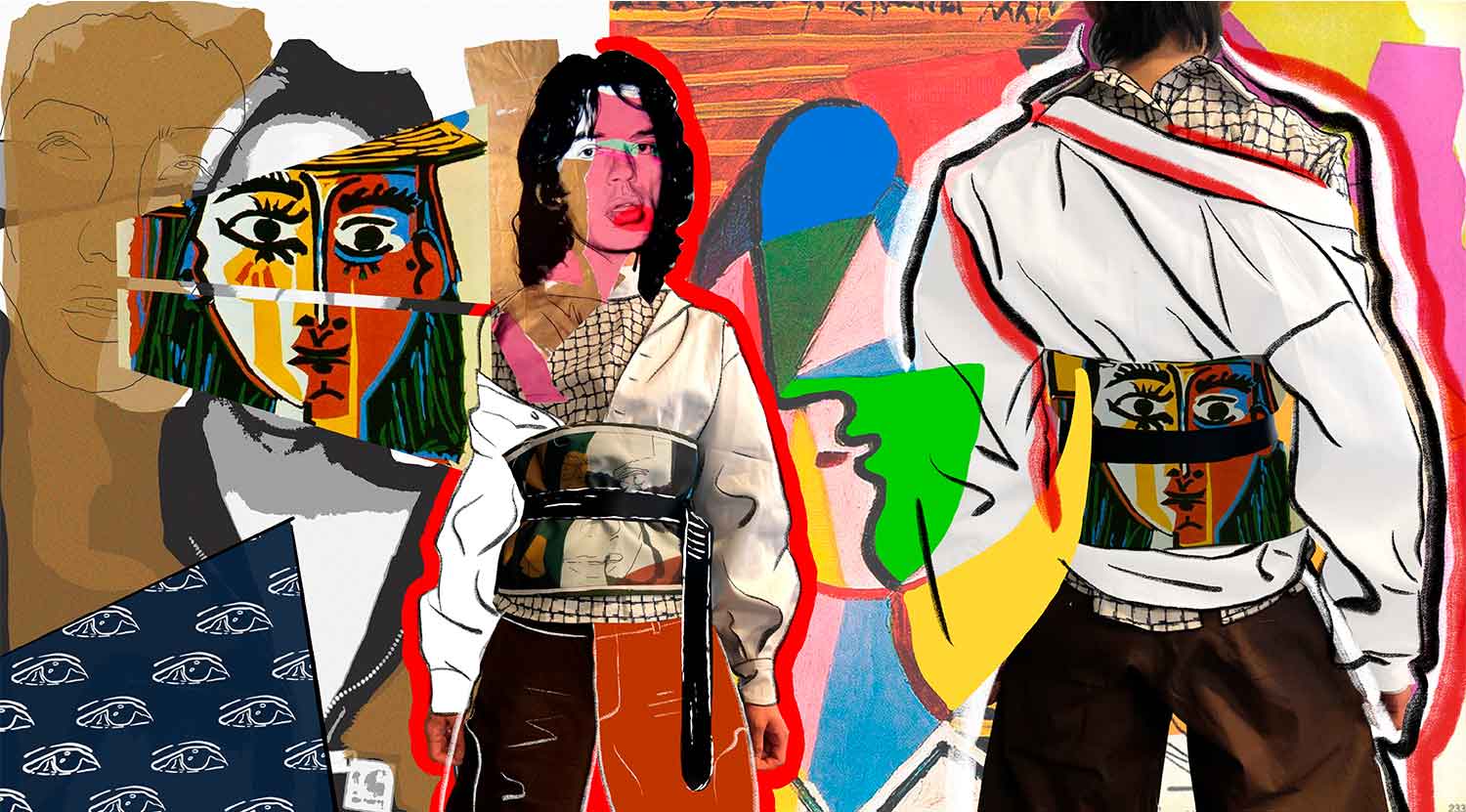 After her visit to Rome, she started the development of the project by doing the prints, which involved taking pictures of her friend, that after became a process of experimentation. That journey involved a photoshopping of the images by adding various colours and broad lines like Warhol did in his paintings. That pop art style had to be eye-catching as also bringing the new vision and understanding of the generation Z’s pop art. The silhouette had to be cosy and round-shaped as it led to amplification of the personal space and made it comfortable to wear. On the other side, it had to be big in shape and extraordinary to get attention.

The collection is called “Поколение” which is translated from Russian as “Generation” as other of the affections was the style that was popular in ’90s in USSR. As it was common in that period of time she decided to use similar fabrics such as jeans, cotton, raincoat fabric, and wool, that where diluted by striking colours. There is also big attention to the ecological problem that exists in our society by implementing plastic fabric elements on the collection pieces.