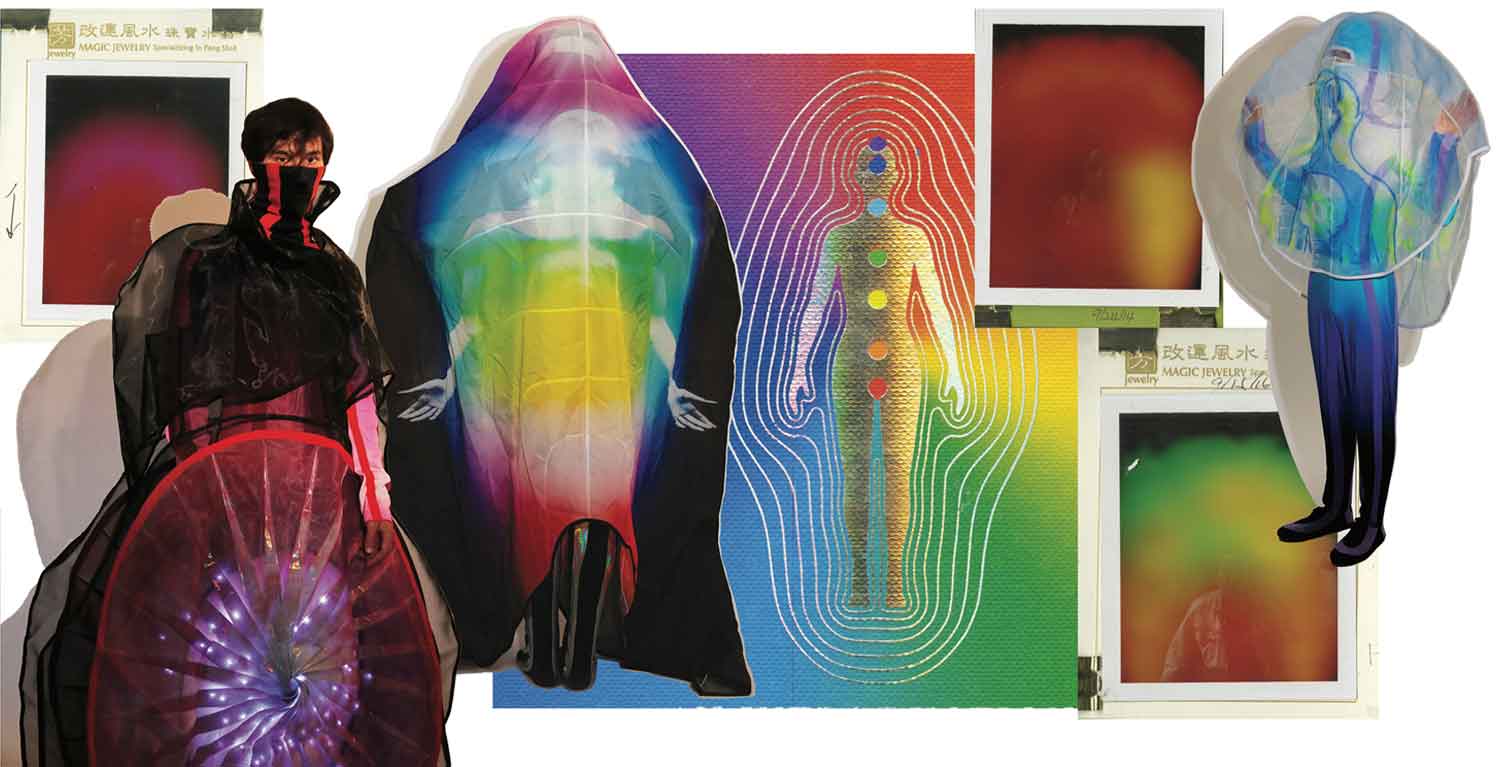 Berenike Corcuera’s collection was inspired by kirilian photographs of her aura, first captured in Chinatown’s reowned Magic Jewelry. when she lived in New York in 2014. She began studying the electromagnetic field of the human body to understand how to translate the invisible. She began the practice of mandala and colour studies, to understand how metaphysical bodies could be interpreted into physical bodies and contemporary menswear clothing. 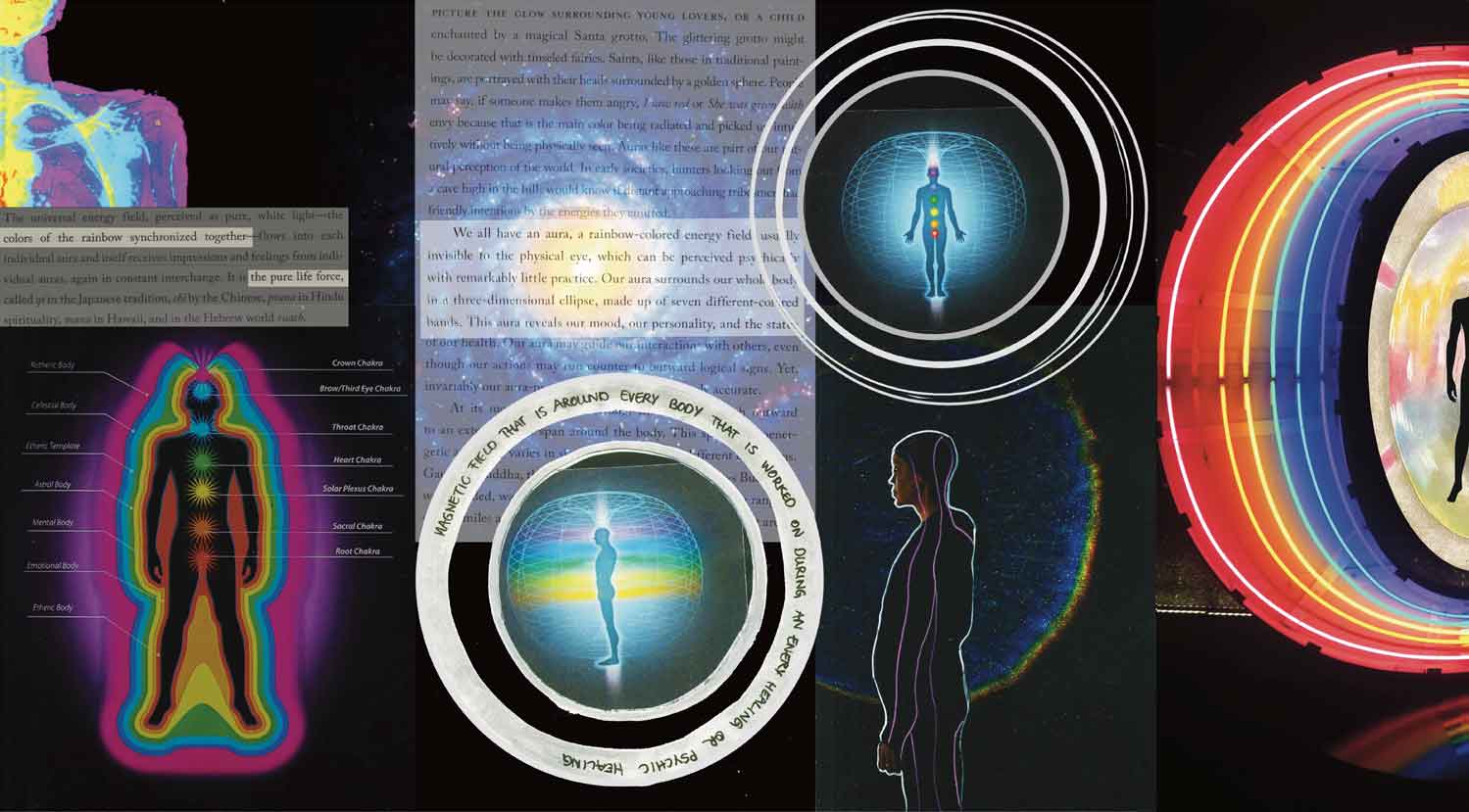 Her collection dedicates its 6 looks to the specific energy centres and their according layer of lightbody: starting with the root in red and its etheric body, the sacral emotional body, solar mental body, heart astral body and throat celestial body - ending with a soft rainbow glow look, representing the crown center and ketheric body: the seventh and last layer of the auric field. Translating lightness throughout the whole of her collection, she worked with crinalin layers in white and black creating contrasts and round frame cuts of ellipses and circles.