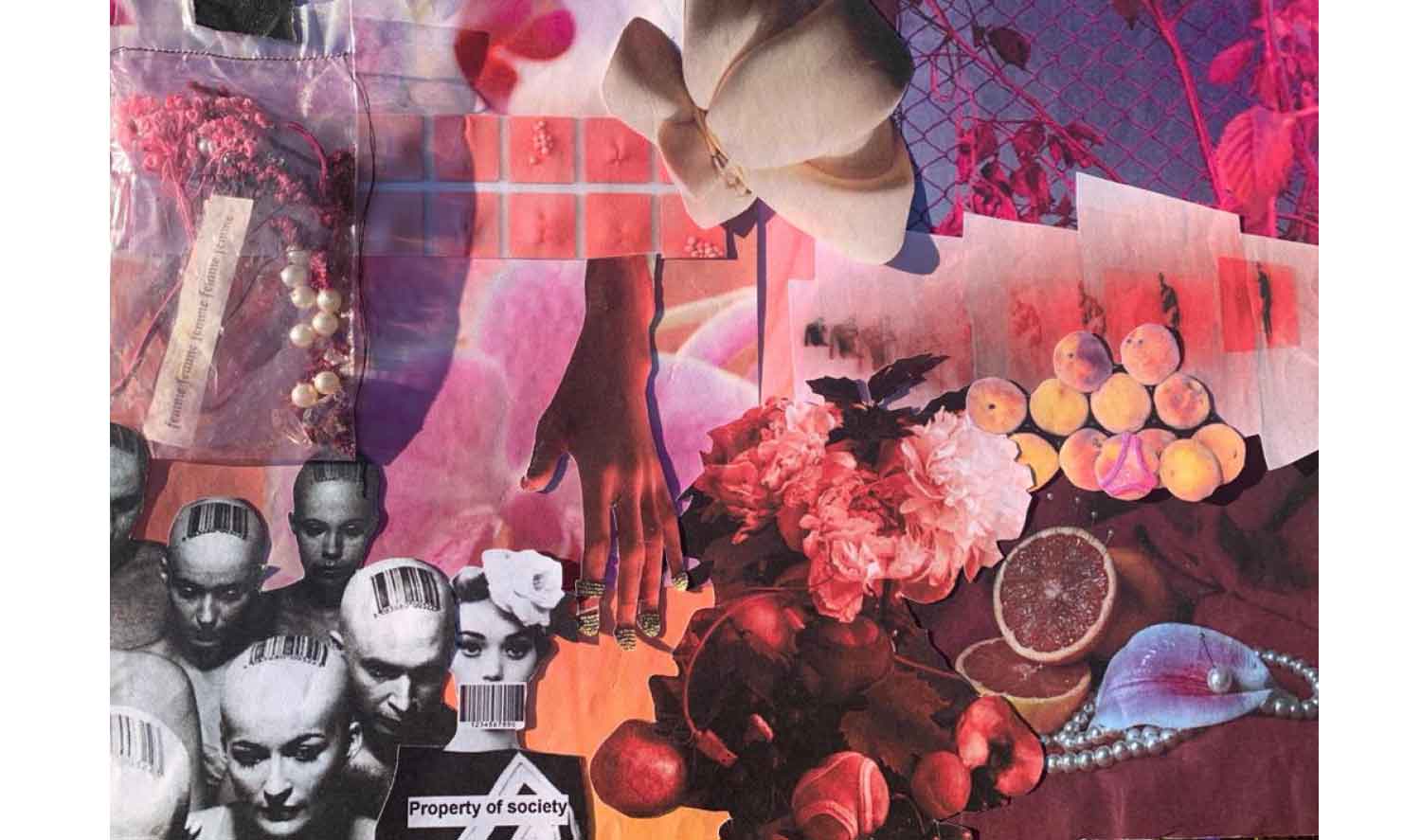 ANESTHETIZED. ‘Anesthetized’ : to temporarily sleep a part of the body or in its entirety with a sedative.” Slept and submissive. Women as muses, dolls, controlled puppets, obedient to what is socially consolidated as female. Limited and subordinated. An excessive pink that annoys the sight, so exaggerated that makes the one who looks question why. Seashells and flowers that alludes to the vagina, challenging the prejudices of a gynecological stigma that has meant ignorance and shame. Censored nipples and barcodes to ironize the marketing of our bodies. A capsule collection with a critical social focus. It fights against the taboo that surrounds our bodies, our sexuality, the role of the vagina in our history and culture. It interpells and empowers the women saying goodbye to the myth of female delicacy associated with beauty. No princess. No weak girls. We woke up not wanting to hear the tale anymore. 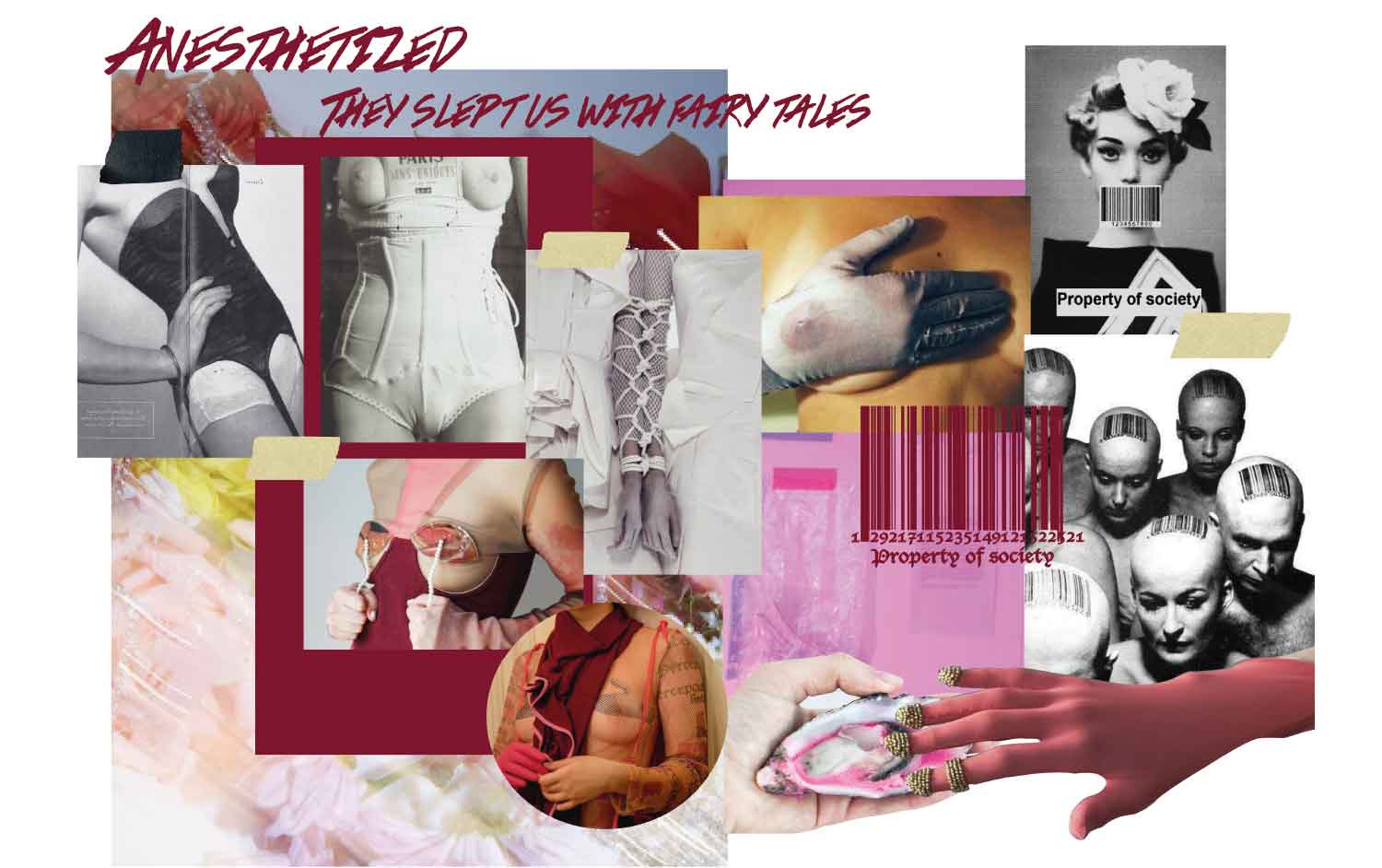 Regarding the boobs stigma, throughout the collection, constructive resources of lingerie are reinterpreted. The padding that usually hides inside the bra is now exposed. How? With a sectorized print and embroidered pearls. Why? Because they actually exist but are always hidden to fit in with stereotyped size expectations. There is also a censored transparent t-shirt with two printed hands that covers the nipples, but does not cancel them. Once again, there is something that is hidden but that still exists. The design on purpose ironizes the concept. The corset, a garment considered a symbol of oppression for women and beauty stereotypes, is also resignified. In this case, through the use of elastic textiles with spandex that aren’t uncomfortable and doesn’t restrict the body. It doesn’t suffocate because the established stereotypes are so naturalized, that it turns out difficult to notice them. The corset has a printed bar code as a complaint against the reification of the female body. We are no longer a number, neither a property. 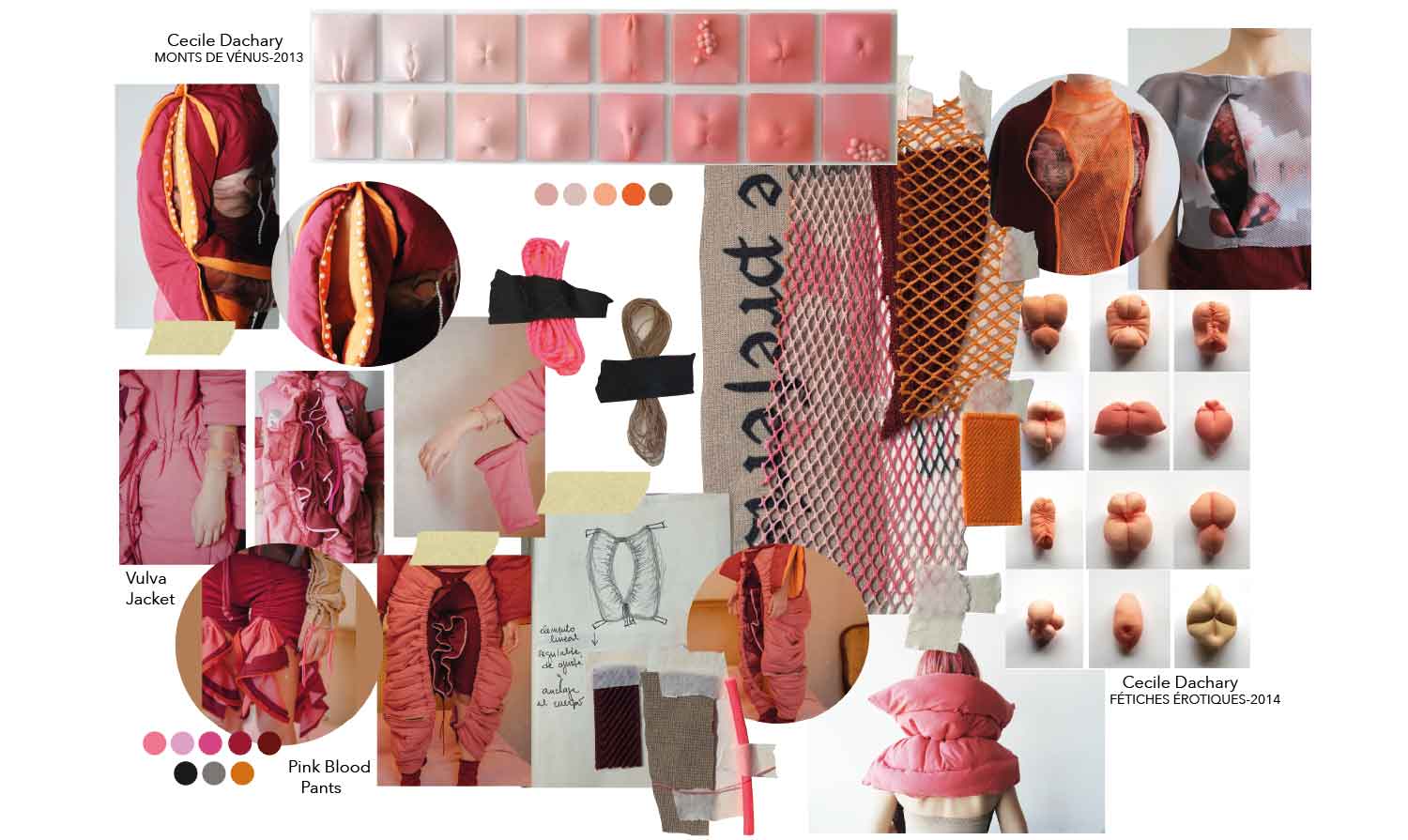 Garments morphology are inspired on Cecile Dachary´s workart ‘Mont de venus’ and ‘Fétiche erotiqués’, by the use of filled organic shapes with volume that evocates organs of the female body. Through an experimental process, Carla constructed textile samples with volume that afterwards led to the following final garments. The ‘Vulva Jacket’ and ‘The Pink Blood Pant’ are both a visual representation of the vulva lips generated through points of tension, gatherings and folds. 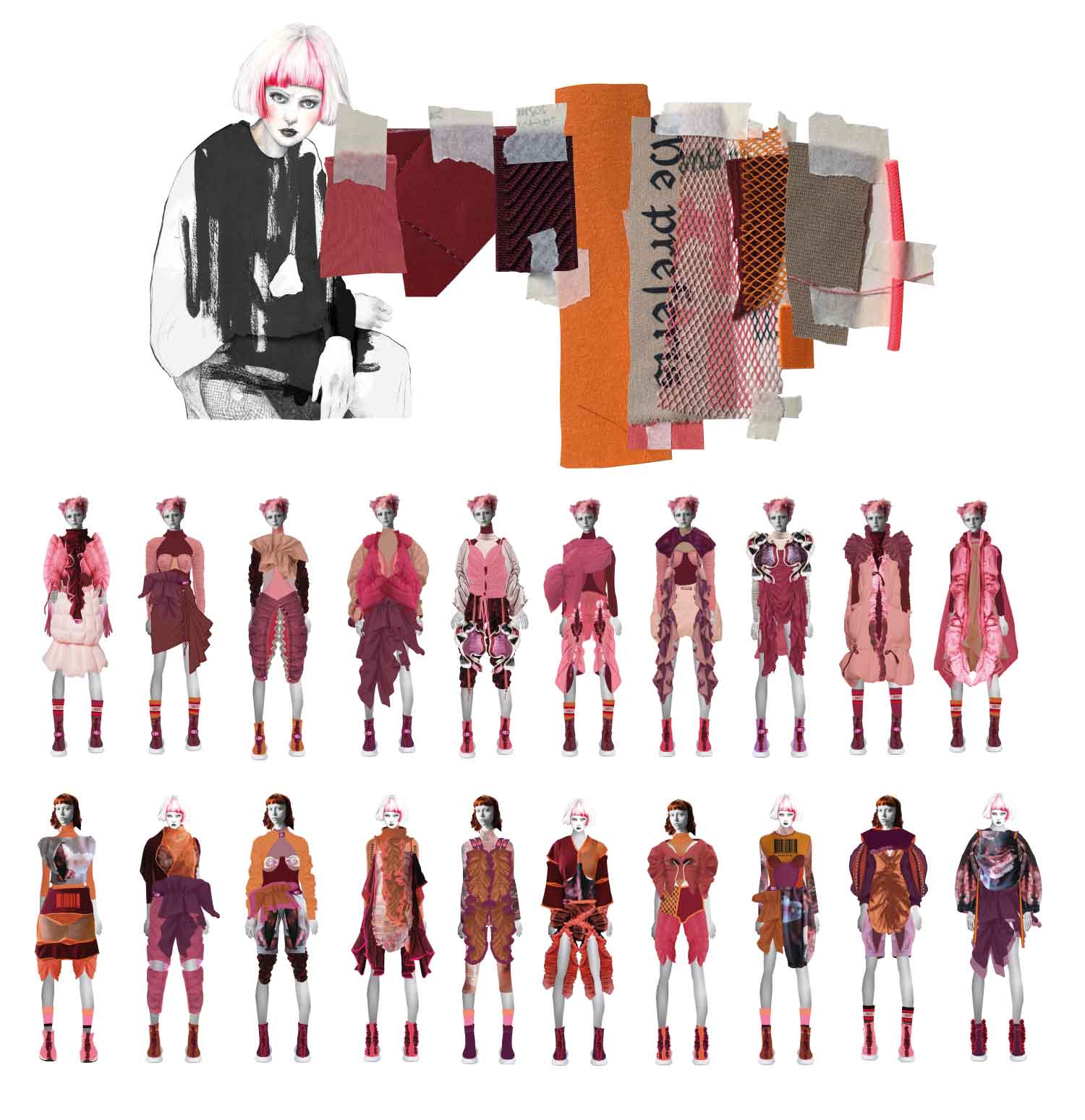