Cassadee Chase’s collection aims to reimagine what Americana means. Growing up in the Midwest, Chase idolised the tropes and characteristics that retrospectively, were very much synonymous with the male archetype. Her surroundings raised her to unknowingly feel shame and limitations within the bounds of her gender. Chase envisioned herself as a child within the male persona because she believed men had true freedom, strength, heroism and politics over their bodies. Having never seen these tropes among many female characters as a child, Chase would often play the male lead or character in recess. Her favourite character to play was the Cowboy. Her research examines the roles she still references and identifies with but in relation to womanhood--independent of toxic masculinity. Dress has always been a way of empowerment and fulfilment to Chase. When dressing day to day she wears a character or costume persona she references from movies or figures she admires. Through designing she decided to bring these characters to life through her collection.

A key factor in her design process is watching movies that reference the work she is trying to examine and convey. Chase first prints out movie stills of costumes she loves or finds significant to the character of each film. She then begins to draw on top of them, redesigning the garments into something new. Textile manipulation is a primary way for her to draw. By beading she is able to figure out the direction and detail to the garment before taking both stages and putting them onto paper. After drawing she is able to evaluate what her garments are ideally going to look like. 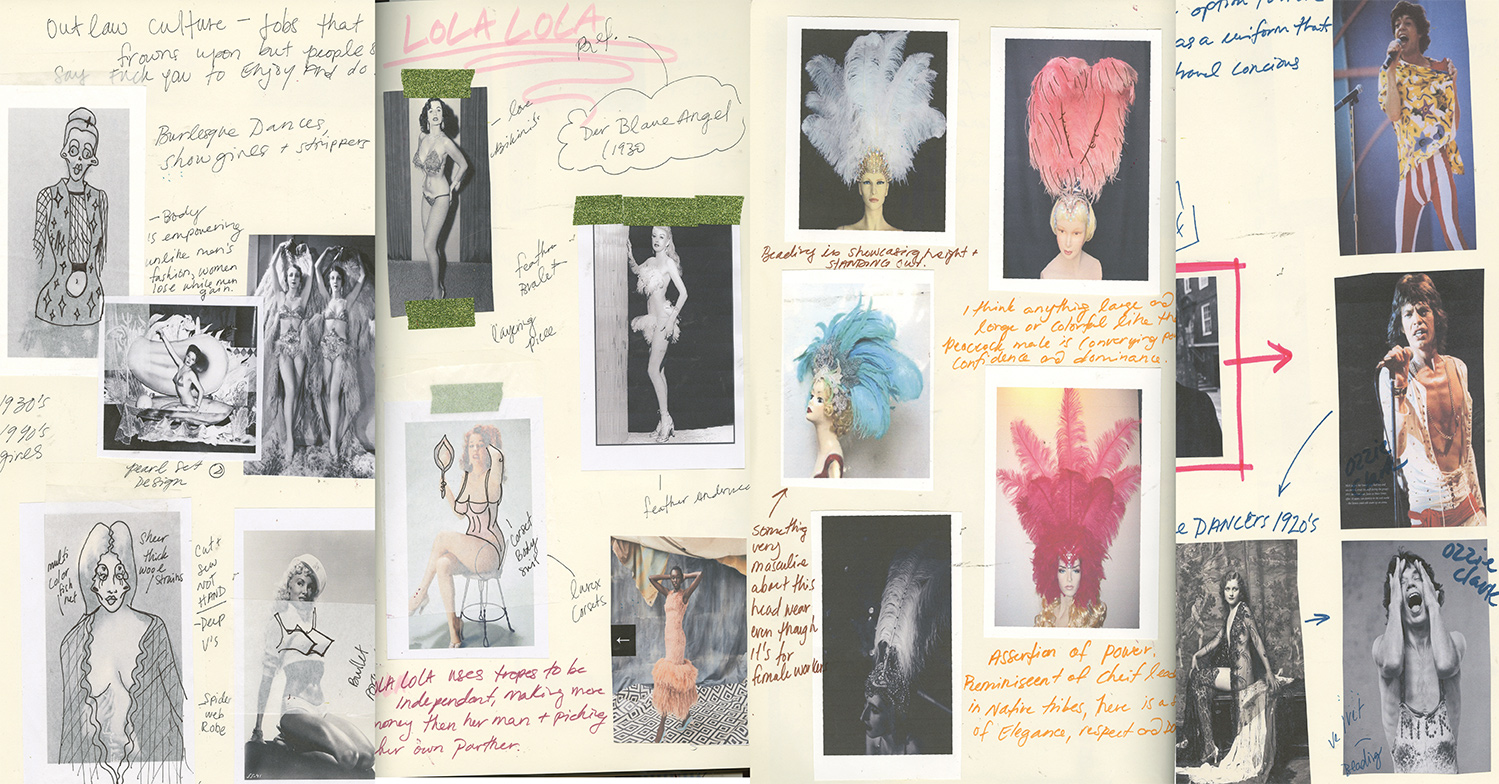 Chase also references the past. She collects vintage clothing, furniture and antique items that is often used to drape and collage in the beginning stages of her work. For her most recent collection she bought used sportswear and collaged them onto suitwear. As a suitwear designer, Chase wants to find new and bold avenues that blur the lines of A-Gender Suiting. For this collection, Chase’s characters live in a Spaghetti Western narrative in the world of Glam Rock and Burlesque Dancing. Chase decided to focus her gaze on uniform wear through Americana cultures (Cowboys & Bikers) and what Americana represents today (Sportswear). Each piece is glamorised and reassigned in their classic silhouette through bright shades of lurex, Swarovski crystals and Sophie Hallette lace. 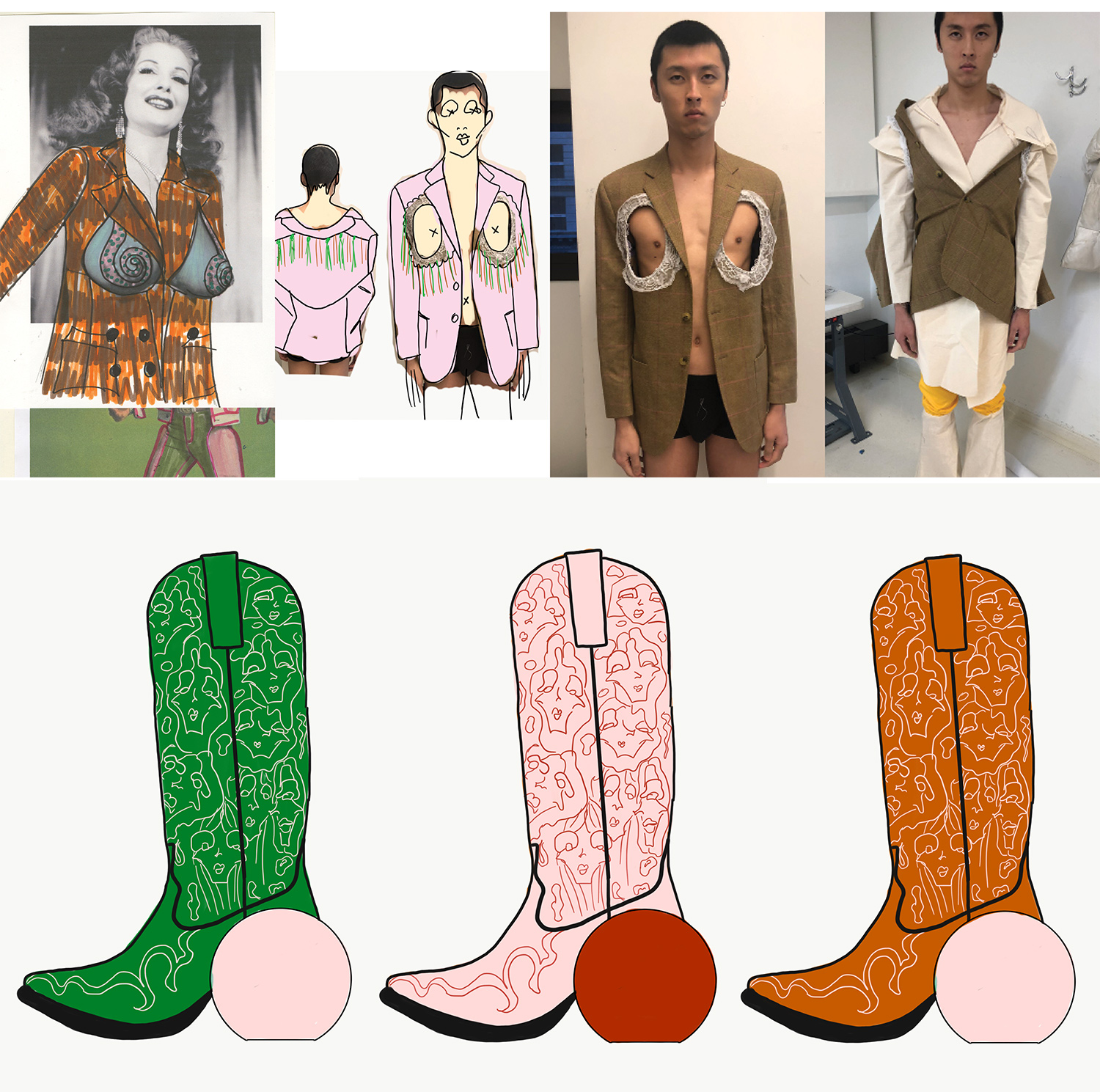