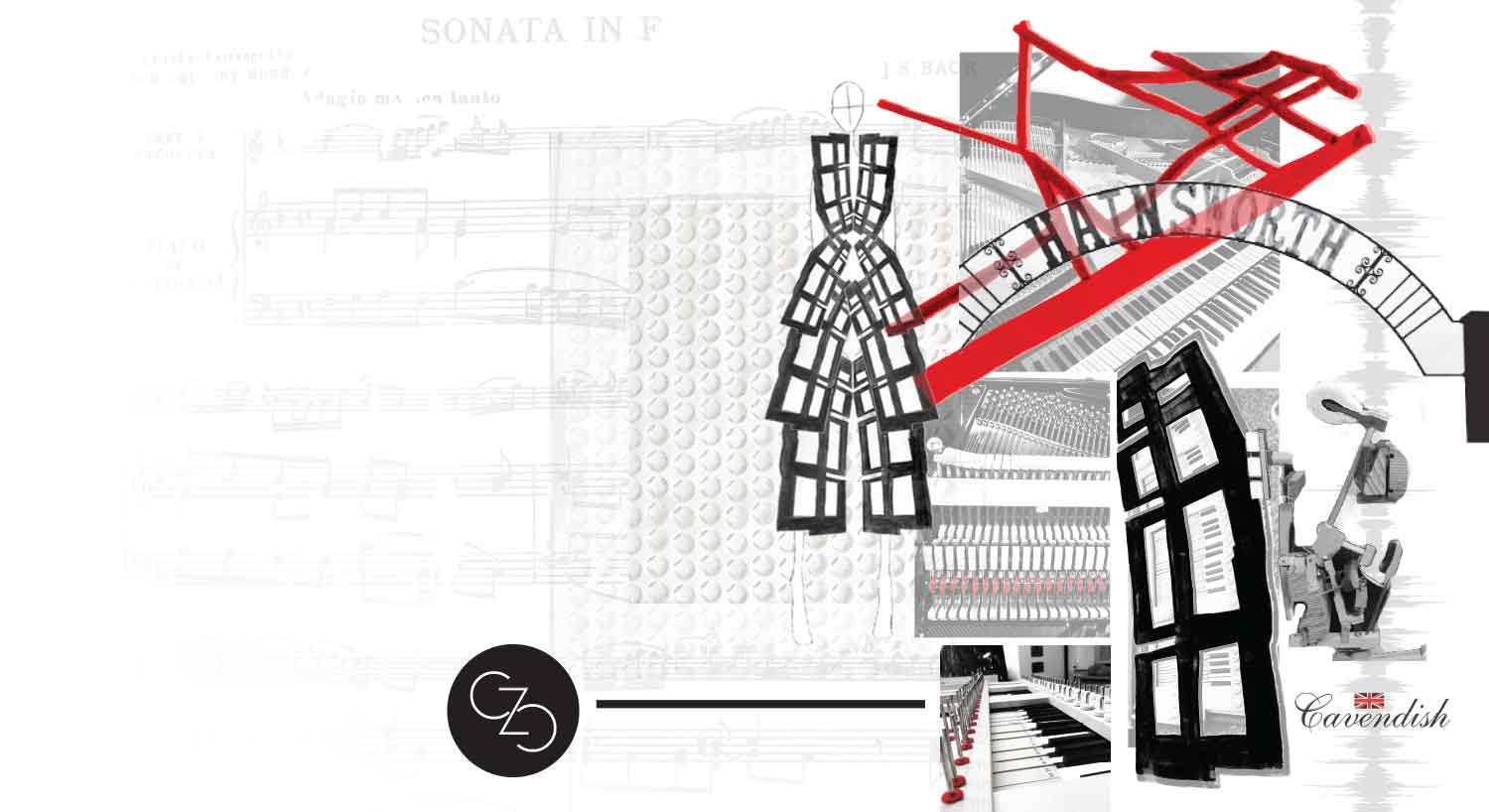 With the hand skills that were once the foundation of many industries now being lost to technological advances and changes in society and lifestyles, Celine’s collection is an exploration of how classical and contemporary can not only complement, but enhance one another. Music has always been a passion in her life with a large part of that being rooted in the classical field. However, with the current surge of hip hop, pop and rap culture as the new ‘trend’, we are rapidly straying further from music’s classical roots and the true craftsmanship involved in its creation. Celine wanted to create a collection that would bring classical music back to the forefront and get people talking and thinking about it in a contemporary context. After all, just because something is from an earlier era does not necessarily mean that it no longer has a place in the modern world.
Inspired by Bach’s Sonata in F, a piece of baroque music extremely meaningful to her, Celine hoped to translate its musical beauty and ability to evoke emotion into and throughout her collection. Aiming to embody the piece in its entirety, she wanted to celebrate not only the sound, but the craftsmanship of the instruments involved. Therefore she split the Sonata into two categories; the piano accompaniment, and the melody. 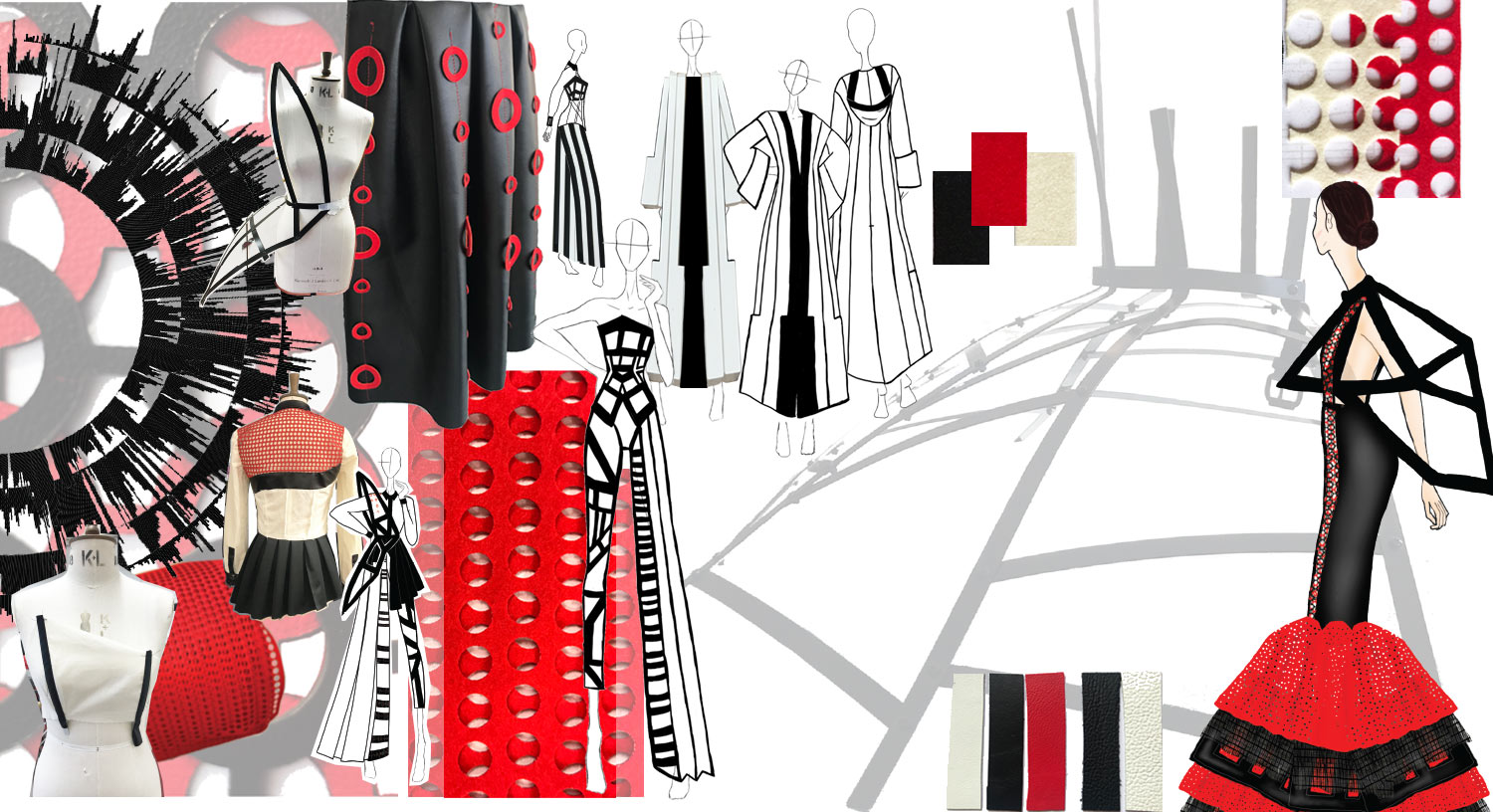 Her research led her to visit local piano manufacturers, Cavendish Pianos where she gained a wealth of knowledge about the internal structure and inner workings of their pianos. The study of the internal and external details, shapes, materials and manufacturing process directly inspired the silhouette and structure of the collection, including all metal structures (inspired by the internal metal structures). The core fabrics chosen were also taken directly from the fabrics used within the pianos (wool, leather, metal). AW Hainsworths supply Cavendish with their piano cloth and dampers. Upon visiting their factory she discovered that as a result of the process they were left with huge amounts of waste fabric. This perforated fabric became integral to her collection as, not only did it maintain that direct link to her concept, but as an ethically minded designer she is keen to promote sustainability and recycling as something that we all need to be more mindful of in today’s climate. By using this waste fabric throughout the collection to add colour, volume and detail, she hoped that people may be inspired to experiment with using waste fabric on a more regular basis. 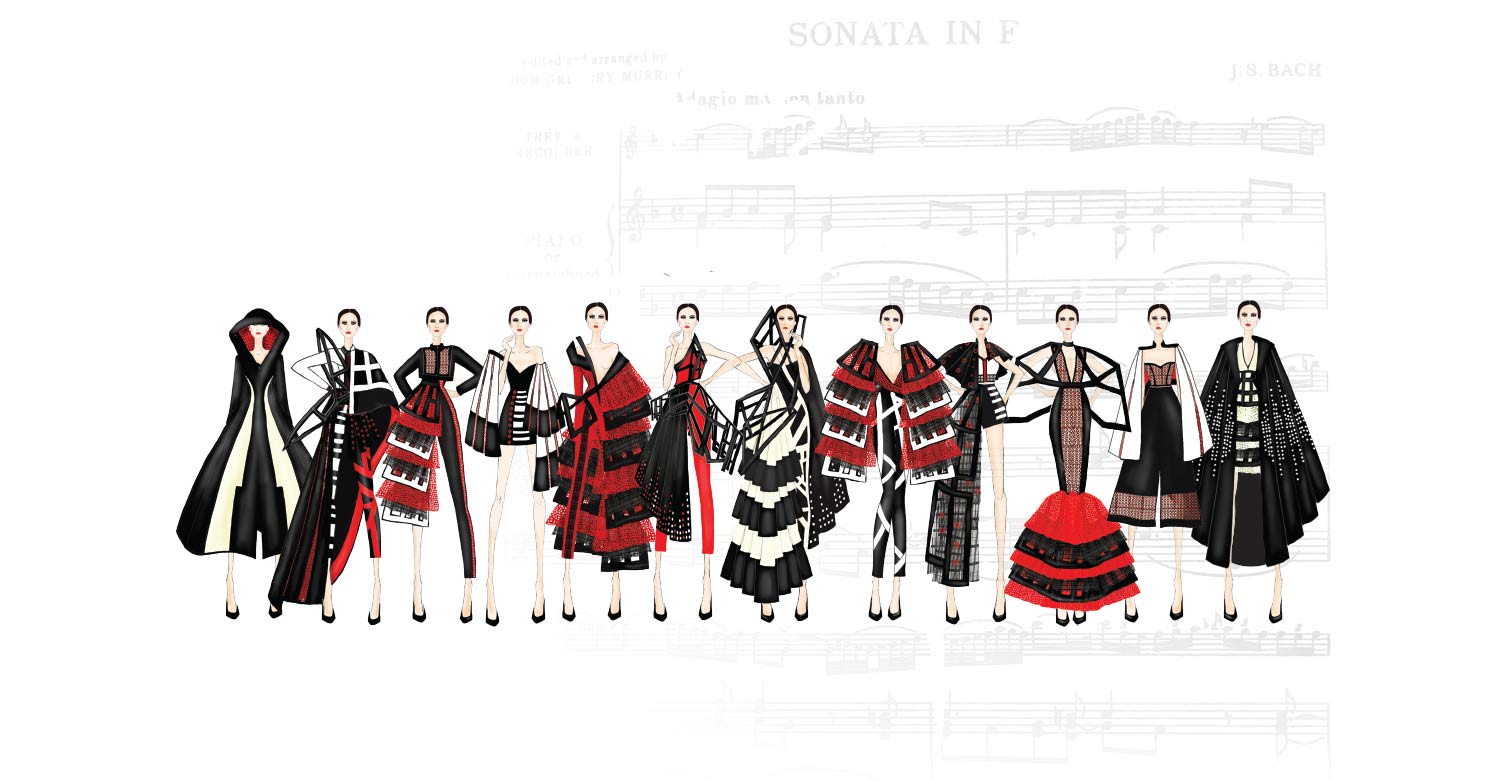 Having played and recorded the piece, she converted it into visual sound waves which provided the visual stimulus and inspiration for the textiles elements. Blending the textiles within the garments was of paramount importance to her as, synonymously with the music, she wanted the details and structure to merge as one so that neither would be complete without the other, in turn capturing the piece in its entirety.