The theme of the project are minerals. Because of Chenyu father's work, Chenyu has been exposed to minerals since childhood. The natural texture of the ore is also very interesting, which is very helpful in terms of design the printing. According to the semi-transparency of some ores, Chenyu decided to print printing on the tracing paper, and then make skirt with the tracing paper. The process is very time-consuming, and Chenyu has given a lot of thoughts to the size and distribution of the triangle. 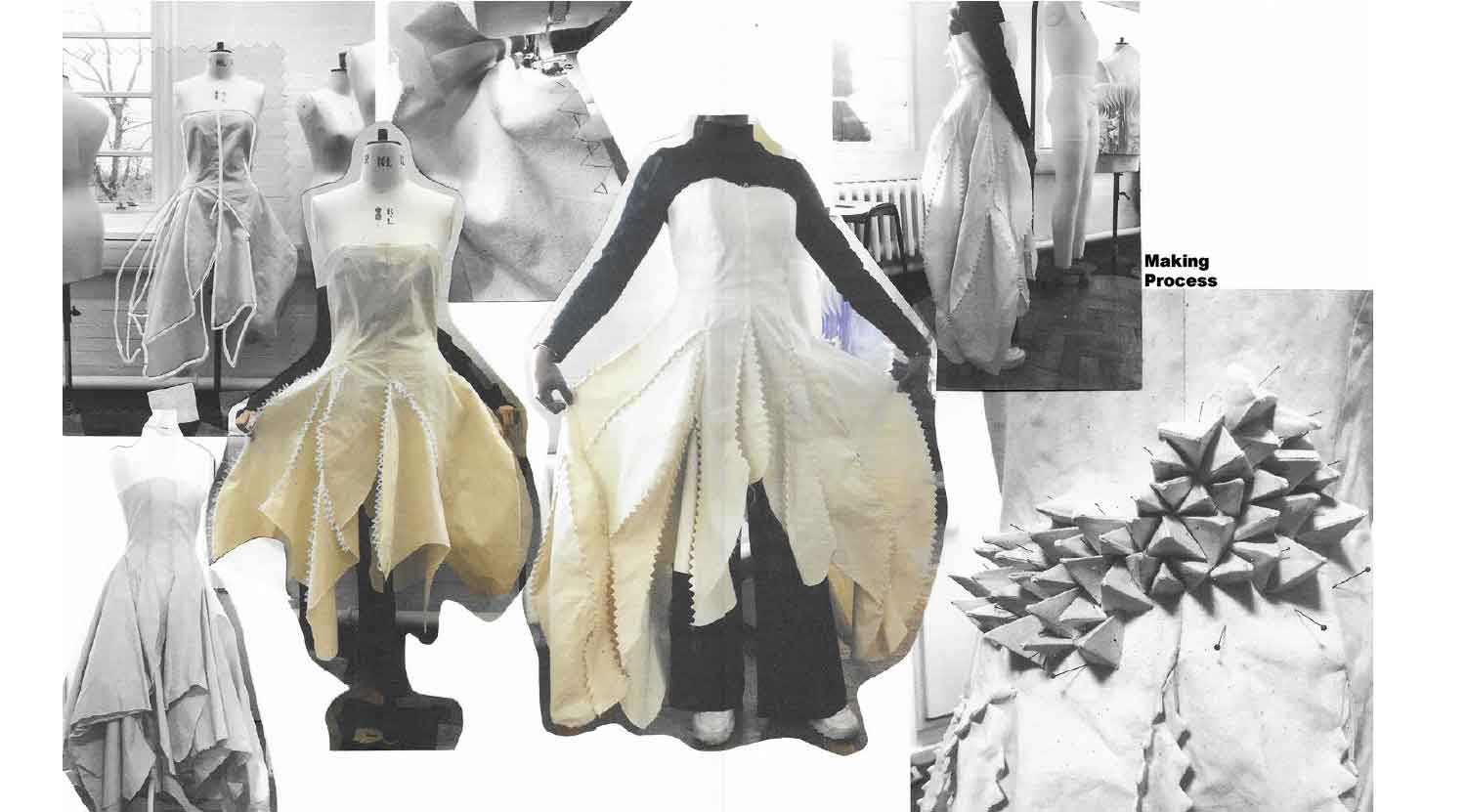 For inspiration derived by paper skirt on the fabric, the thinking of stereoscopic triangle part for a long time, including size, thickness and finally Chenyu decided to use the method of the fabric and lining, and all the triangles must be hand stitched to the dress, Chenyu used the pinking shears to make the skirt part of edge of the paper. Chenyu also enlarged part of the fabric is used to implement the same weave, this method is better and three-dimensional triangles together. In the pattern also tried a number of different effects, finally decided to use a multi-layer skirt, so that the skirt has a more layered feelings.

The fabric was Volando Voile. In addition, Chenyu also used own printing, and made new attempts in fabric technology, such as the triangle part and the edge part, and designed pockets at the hem. The final series was mainly about dress, which was completed by combining different printed fabrics. 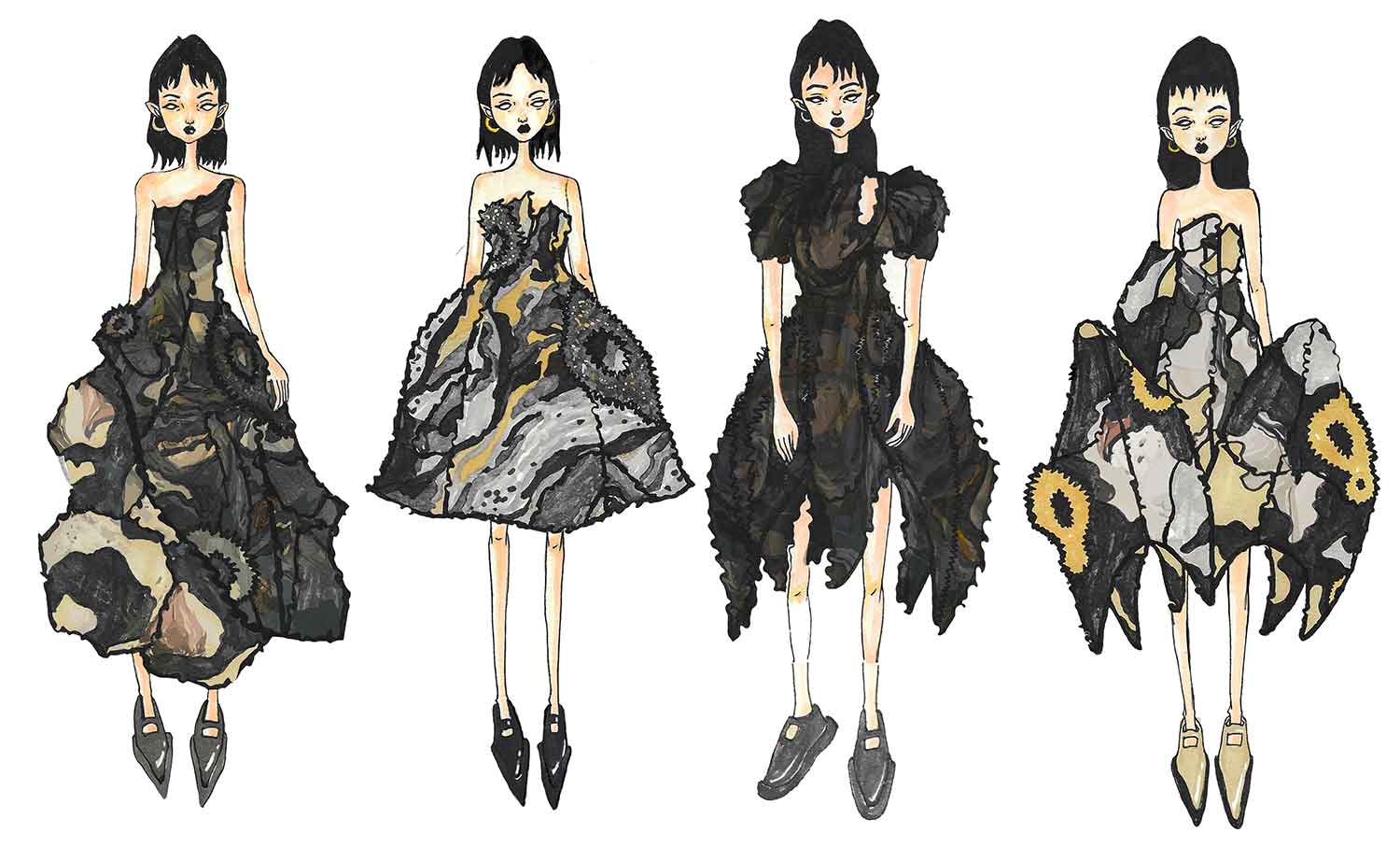