The reason why she did this is because she saw war still happening in some parts of the world. What is even more frightening is that in daily life, the indifference of human nature, for her, is a kind of killing without sound. This triggered a different interpretation of human civilization. In this theme, she wants to explore history from another angle and re-examine human civilization from the perspective of killing. The reason why she does this is because she wants people to re-emphasize the love that should be cherished in life. 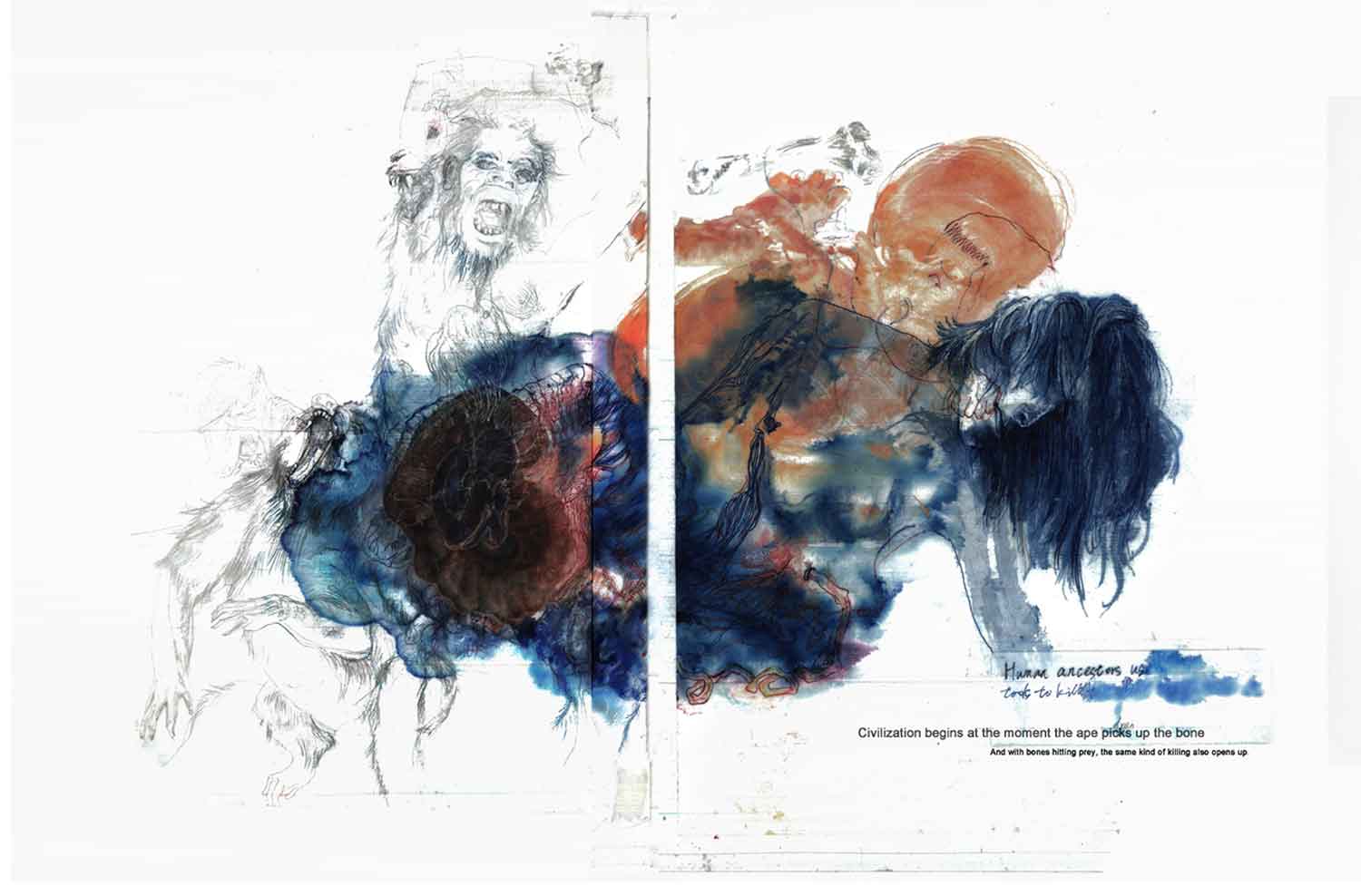 Chiye used a lot of hand-painted ways and the colour changes to show her feelings on the page. For example, she thinks that the beginning of human civilization is also gestation the killing, so she painted a fetus in her first inspiration broad. To show the gestation. At the same time, she rendered the other parts in blue to express this morbid.

First of all, in the inspiration section, this series she mainly intercepted four stages of civilization to conduct in-depth research. At the beginning, it was the original civilization: when the apes learned to use bones, they opened up human civilization. But they also use bones to hurt their kind, which means the beginning of killing. Then going to the cruel sacrifices of the Mayan civilization.

To the Victorian period, the representative of the exaggerated pannier. Now disappears with the decline of civilization. In the later wars of modern civilization, stacked dead bodies covered the entire land. Sometimes she is thinking that such a constantly changing civilization is an improvement or it is a place which remains just a change in the way to continue killing.

In this series of garments, she uses a lot of stacking and frills. Inspired by the dead bodies stacked during World War II. There are also many design points that bind the body, inspired by the oppressed groups in the development of the entire civilization. The hand of the slave, the hand of the prisoner of war, was tied up with a rope or a shackle. In the garments, she showed these gestures by transforming the pockets, zippers, and sleeves. At the same time, the incomplete skirts also appeared in her series, in order to express the decline of a civilization.

At the same time, she also designed a lot of stage properties in order to better present the cruelty of killing, and the sense of restraint. They have one thing in common, they are made of iron. So very heavy, she wants women to be slow and difficult on the show. She thinks this can be a visual impact on the audience. Let the audience understand what she wants to express. 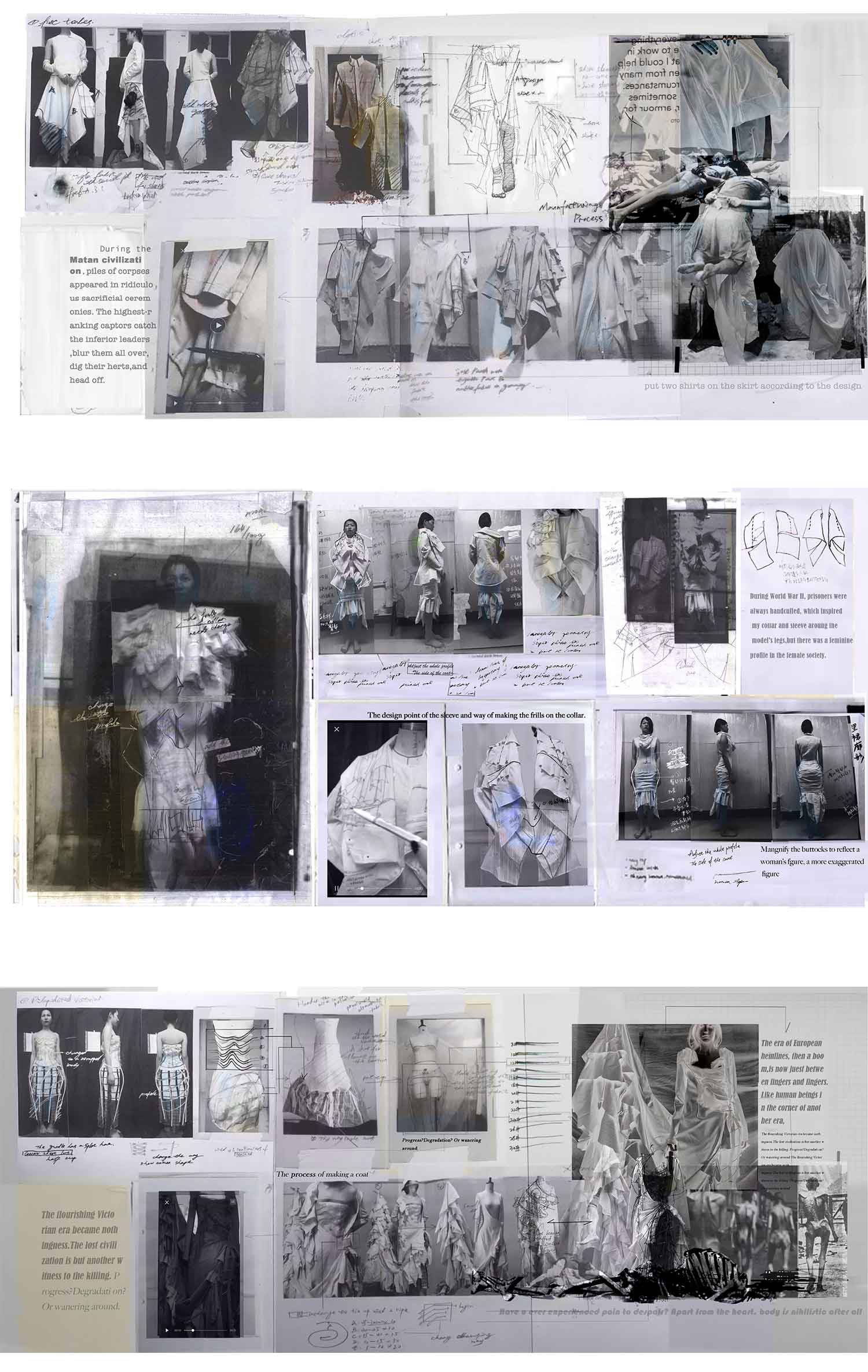