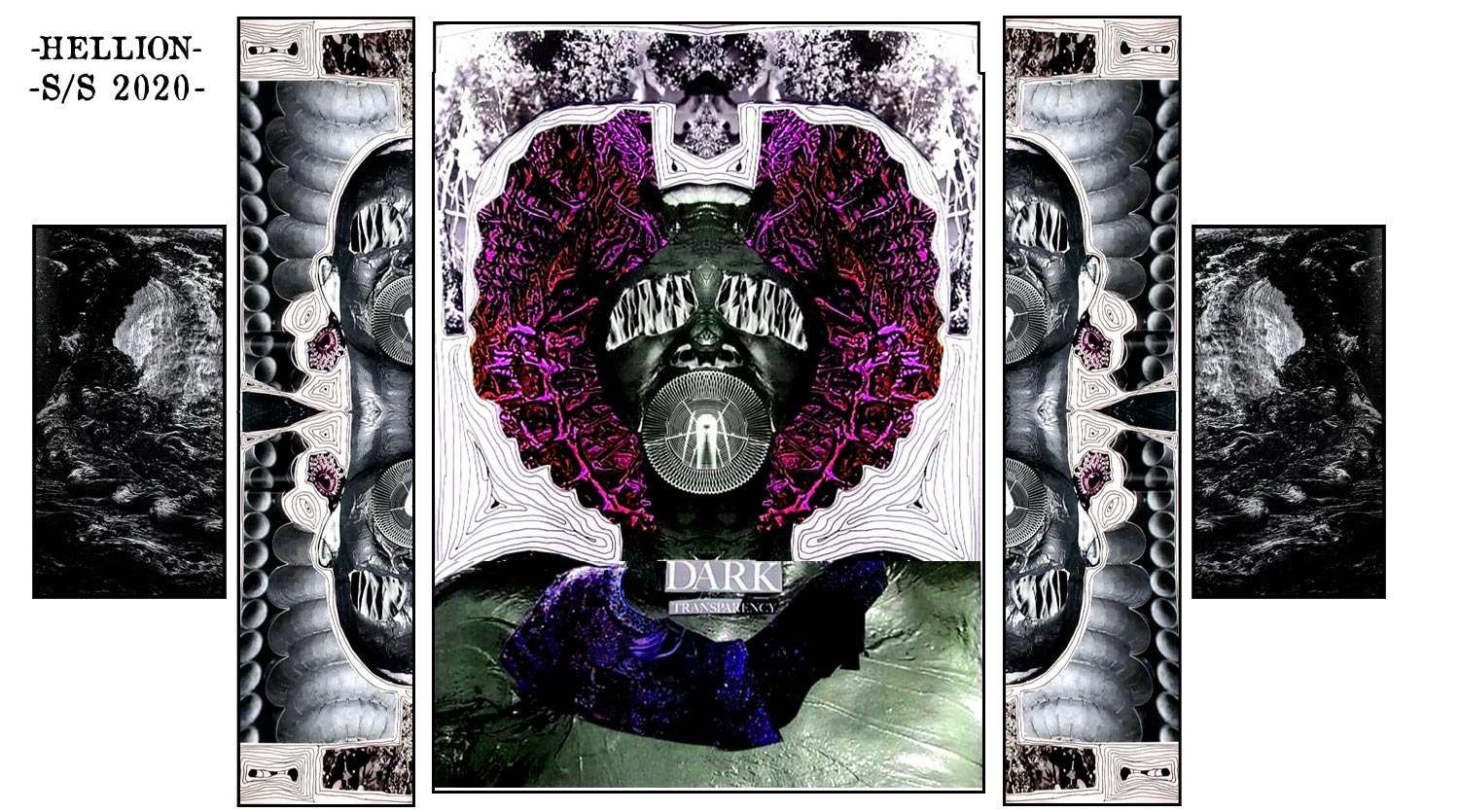 Clement’s final collection was produced in the abandoned, basement ceramic studios of Bath School of Art and Design, where he was immersed in the surroundings that featured cold concrete and metal kilns. Everyday he was surrounded by walls covered in decades worth of old clay and glaze which had been sprayed up from the rickety turntables. This is where he started to think more about our environments and the influence they have on us. 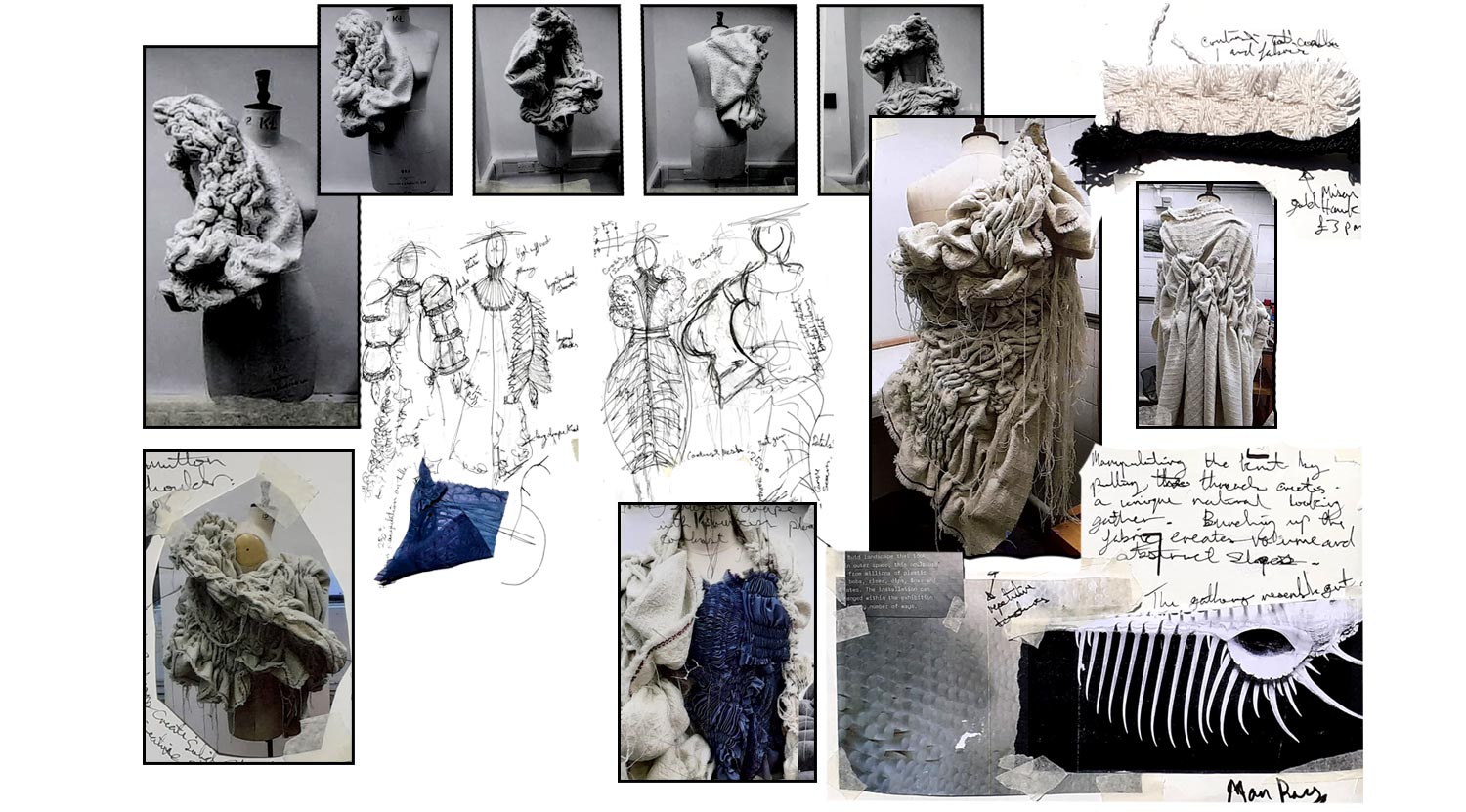 Understanding this he found and experimented with intricately textured fabric combined with unique compositions that resembled textures found in nature.Starting with a cheap, cream fisherman’s jacquard knit he cut vast swathes of fabric, stringing it between the old disused kilns using them to hang the fabric. He then began his manipulation process by pulling the individual fibres in random places, making the fabric contort into misshapen, seemingly organic matter. From here Clement draped the large sections of manipulated fabric on a mannequin to help form my garments.
This experimental foundation gave him a clear direction towards the biological side of nature, but having begun in industrial workspace his project took influence from the opposite of its original environment. This is where his process started to create specific forms emulating aspects of the natural world.

This ever changing process lead Clement became so familiar with went on to help him realise the rebellious and mischievous aspect of his project. Here is where he found the word Hellion that aptly described the overall narrative of my collection. Hellion focused on defining our natural connections to the earth and its many different forms. How can we blend more with our natural surroundings, stepping away from our concrete castles and into the forests and plains of our origin. Hellion illustrated a deeply mystical narrative showing the beauty of life overlooked, hiding right beneath our noses.

This is Clement’s final collection line up. Due to the corona virus pandemic, Clement was only able to create looks one and two of hiscollection, and would of loved to see the rest of his collection come to fruition. The rest of the collection would of prodominately be created with contrasting fabrics through their textures and colours. Organic shapes would be juxstapositioned next to linea block shapes, pattern cut into the garments to draw the eye back to the figures silhouette, distorting it, causing a momentary illusion like effect only enhansed by the fabrics mesmerising stripes.