The "CHERNOBYL" collection illustrates the influence of political and ecological factors on contemporary fashion. Getting the status of a symbol, the phenomenon "CHERNOBYL" signify "radiation", the ecological disaster following the explosion of the nuclear power plant and, at the same time, all the deviations from the rules implemented by the political regime, a protest against laws that neglect human rights. In a subtle way, without resorting to propaganda methods, the collection presents the idea of individual freedom, equality between people, and at the same time makes an alarming call to wake up the social conscience to a responsible behaviour towards the environment. 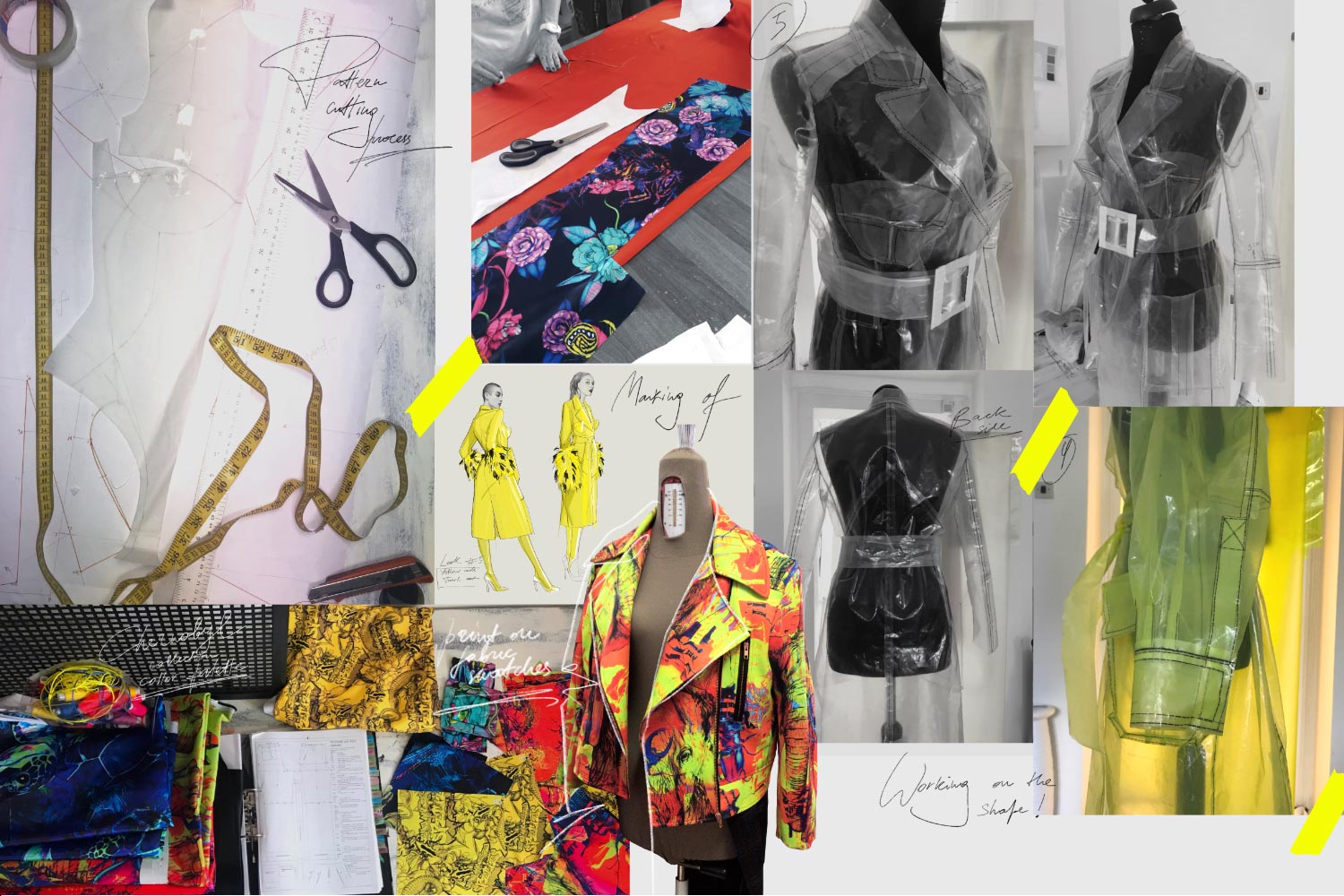 Starting with Andy Warhol's series of works "Endangered Species", Corina decided to underline the negative human impact on the environment, by creating a series of personalised prints, illustrating the idea of the great artist. Using a bright and vibrant colour palette, she created the allegory between a planet of paradise and a planet destroyed by radiation. The collection has no animal derived fabrics, only faux fur, eco leather, vinyl, polyester, satin were used. The CHERNOBYL collection can be seen as a symbol of political opposition, reflecting some elements that support the movements which fight against systems that neglect human rights, as a pantsuit costume, bra cups incorporated in jackets and coats' construction, the hippie sign hidden in the stitches on the back side of a trench coat, the punk outfits' elements etc. 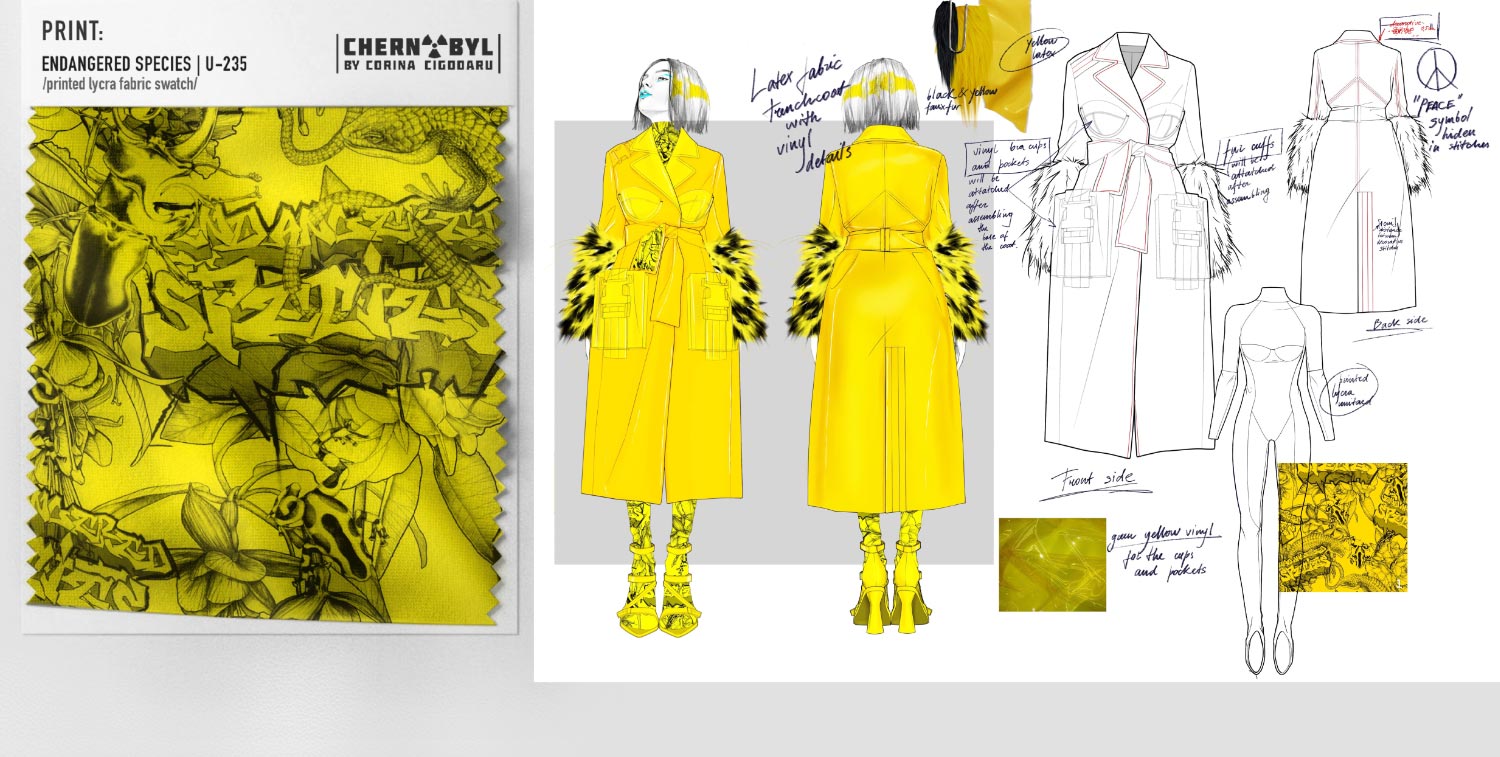 The phenomenon "CHERNOBYL" is something more than an environmental disaster, it's a political disaster also, a revolution in political sphere, an alarm call for the society, that tell us to wake up to the cruel reality and to try to change something for a better world for the future generations.