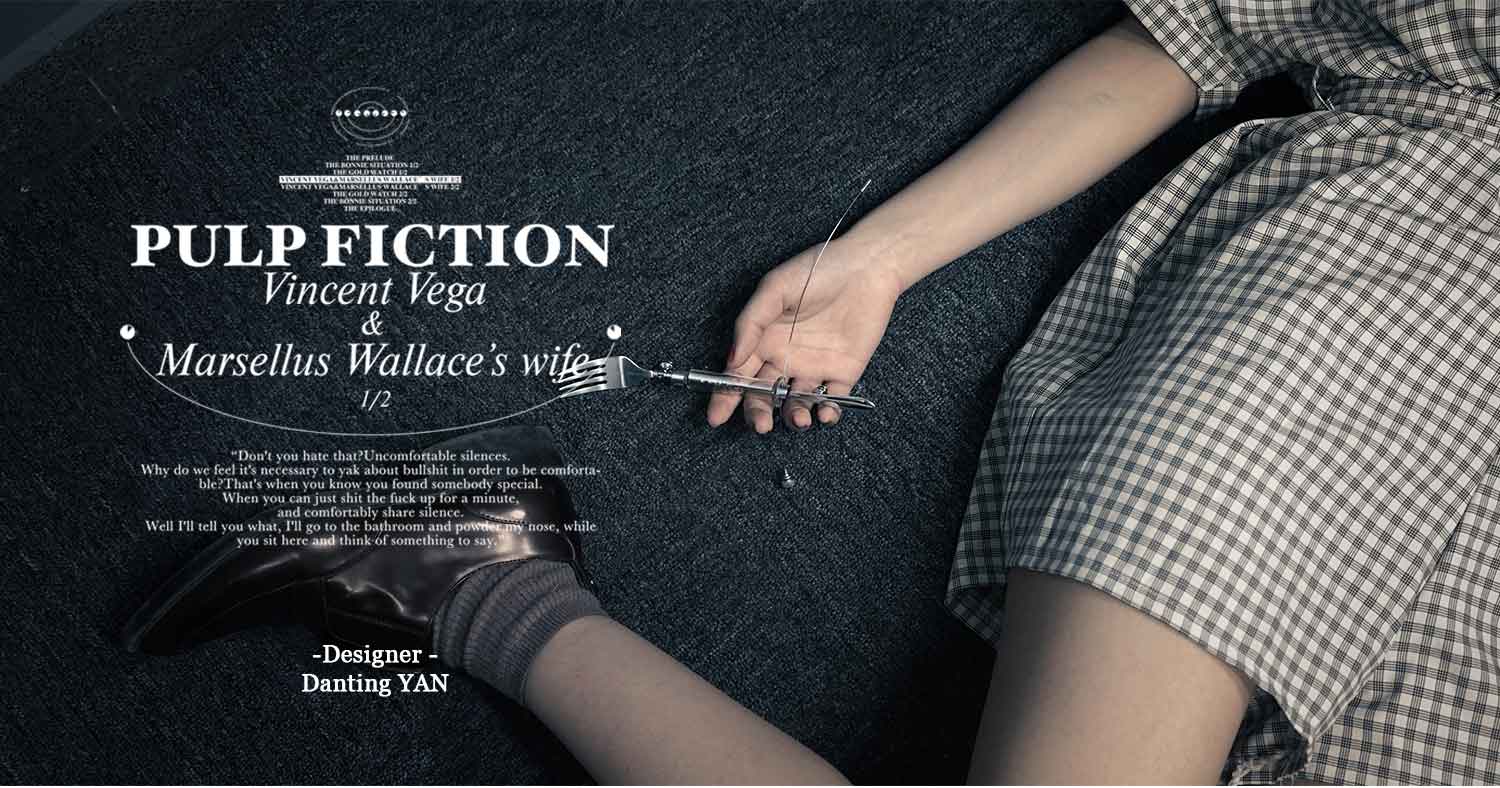 Pulp Fiction, inspired by film of Quentin's 1994. The starting point of Yan thinking is that how many stories a piece of jewellery can say. In the Pulp Fiction, the director disarranges the narrative sequence of the timeline, tells the reversal story of several protagonists in a piecemeal montage and the structure of story is linked to form the loop in end to end. Yan puts together the movie and split it into eight episodes, each of them corresponds to the other, also every two plots exactly correspond to each other and combines to form a complete story. According to this narrative logic, it is also the same correspondent in creating eight works. 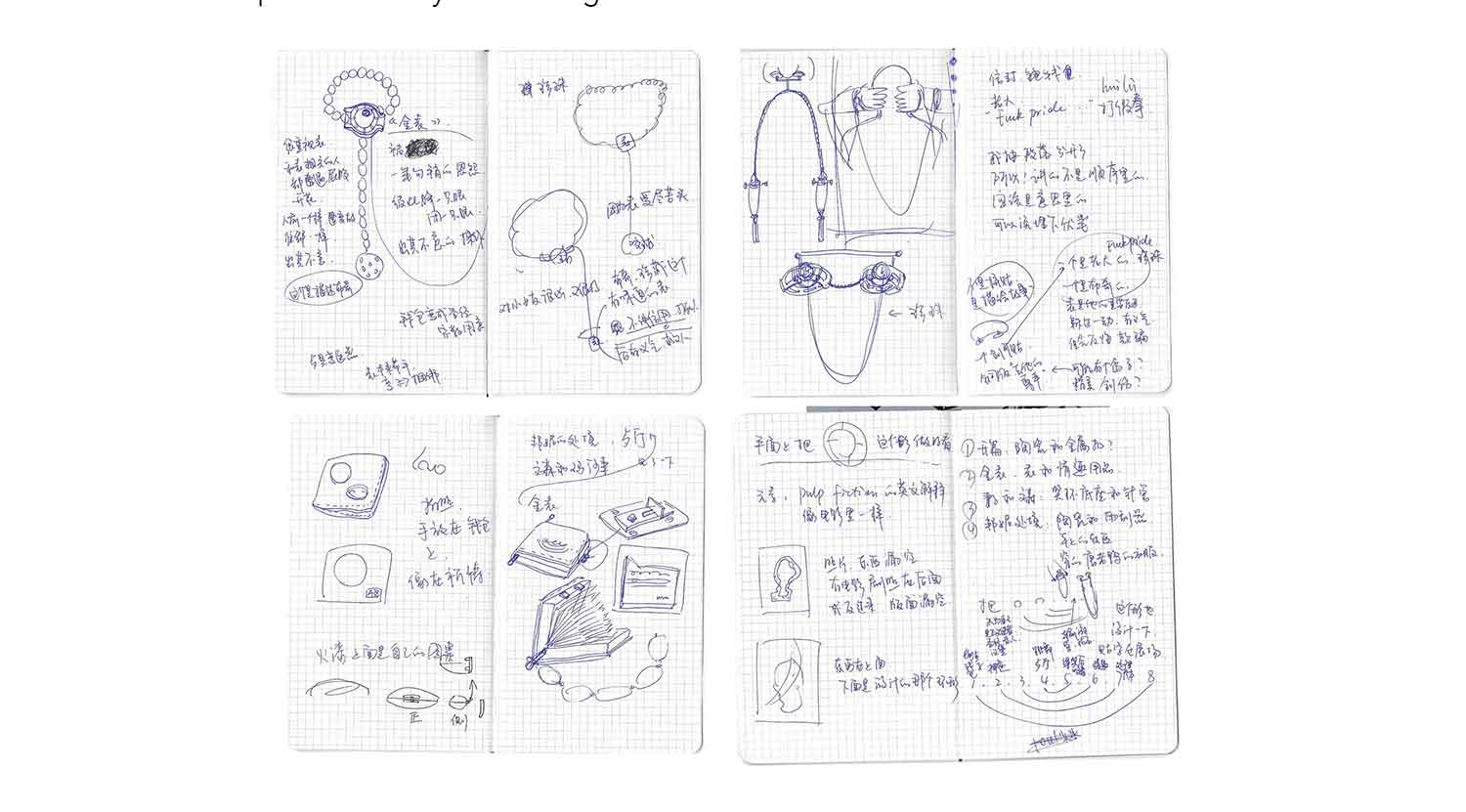 The work uses the finished product to create, one purpose is that the finished product can be used to help create a narrative atmosphere and temperament. In addition, the absurd connection between unrelated finished products also echoes the collage and mutation reversal in the film. As for the shape of the work, Yan selected the key images in that episode to create and add some of interpretations to form the intertextuality relations between the film and the jewellery. The attentive spectator may find details like movie eggs if you spend more time on each piece of work like text lines, pin numbers, typewriter buttons, etc.

The whole group of works start with movies. Except of the name, there is no visual element which is directly related to the film, including re-creation of photography, poster design, etc., though they all try to create a sense of film. But it's completely different from the movie Pulp Fiction. Because the English name ”fiction” of the novel also has the fictional, fabricated meaning and so it can be understood that it is more like two parallel space-time to control the relationship between the works and movies. Both of them exist independently, and Yan presents a whole new story with objects or props. But she is interrelated with the file. In this relationship, it also reflects Yan attempts to find the intertextual exploration between the film narrative and the whole work.