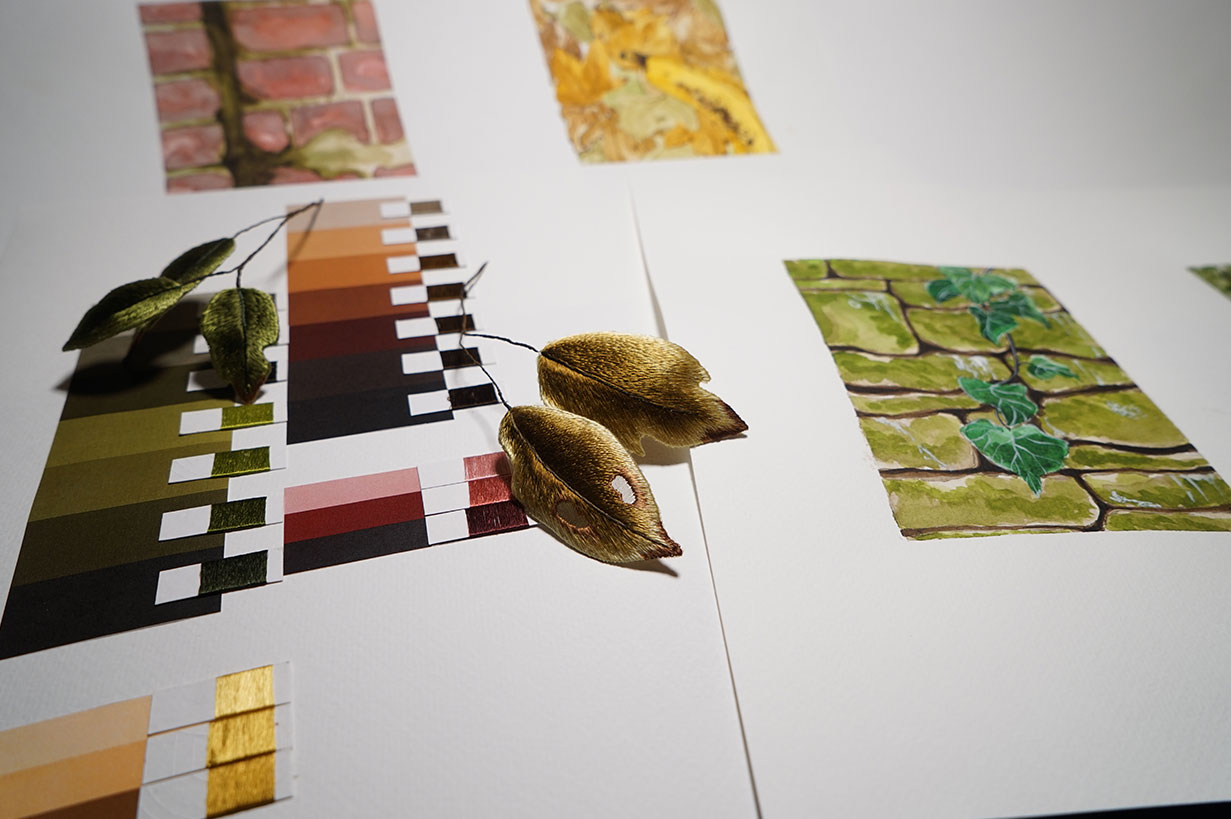 Reinforced concrete buildings are generally considered indestructible. However, without maintenance, they can completely collapse within 150 years. I enjoy witnessing the changes that man-made things like buildings undergo as they become ‘naturalised’, that is, brought into conformity with nature. In the face of nature, which can always heal itself, human power is insignificant; hence, as humans, we should rethink our relationship with nature.
As someone who lives in the city, I have always understood that a busy life can be depressing. People sometimes need to immerse themselves in natural surroundings in order to relax – like myself. I like to relax by taking pictures of plants and decaying scenery. 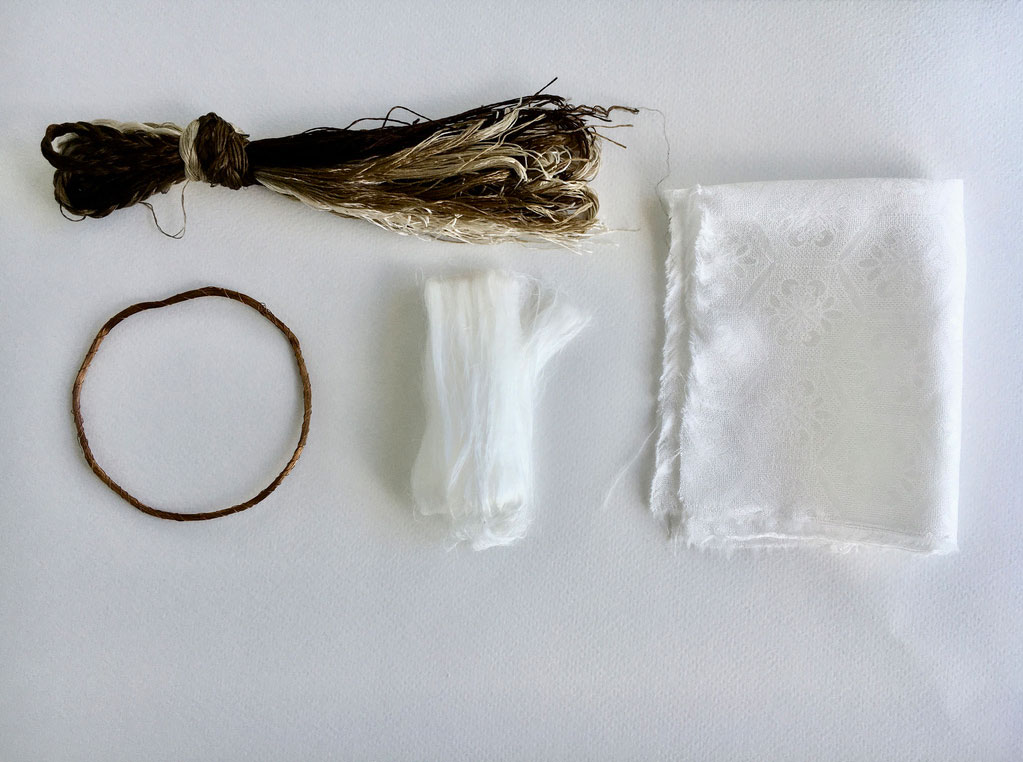 Initially, to show the idea of the circle of life, I tried to capture the dynamic process of change. A year ago, I started practising different techniques that would represent changing scenes. In the past 12 months, I have tried different techniques to show change, such as stop motion animation, collage, needle felting, embroidery, 3-D fabrics made by heat press, in order to find the best and most appropriate visual effect that I am looking for. I also drew and rendered some visualisations to show possible application scenarios. After several attempts, I found that Chinese silk embroidery and Ronghua techniques simultaneously convey the elegant and lifelike visual effect I am looking for.Chinese embroidery has a long history dating back two thousand years. However, after thousands of years of changes, Chinese embroidery is still used, mainly to decorate traditional screens and traditional clothes.
The Ronghua technique faces the same problem. Ronghua, which literally means ‘velvet flower’ in Chinese, is a traditional textile technique that dates back to the Tang dynasty, which was 1,500 years ago. Recently, you can see Ronghua used in decorative flower arrangements. However, Ronghua is still mainly used for hair accessories for traditional outfits, just like one thousand years ago. The label of tradition has limited its development. Thus, in this project, I will integrate my ideas to find new applications for these traditional techniques. 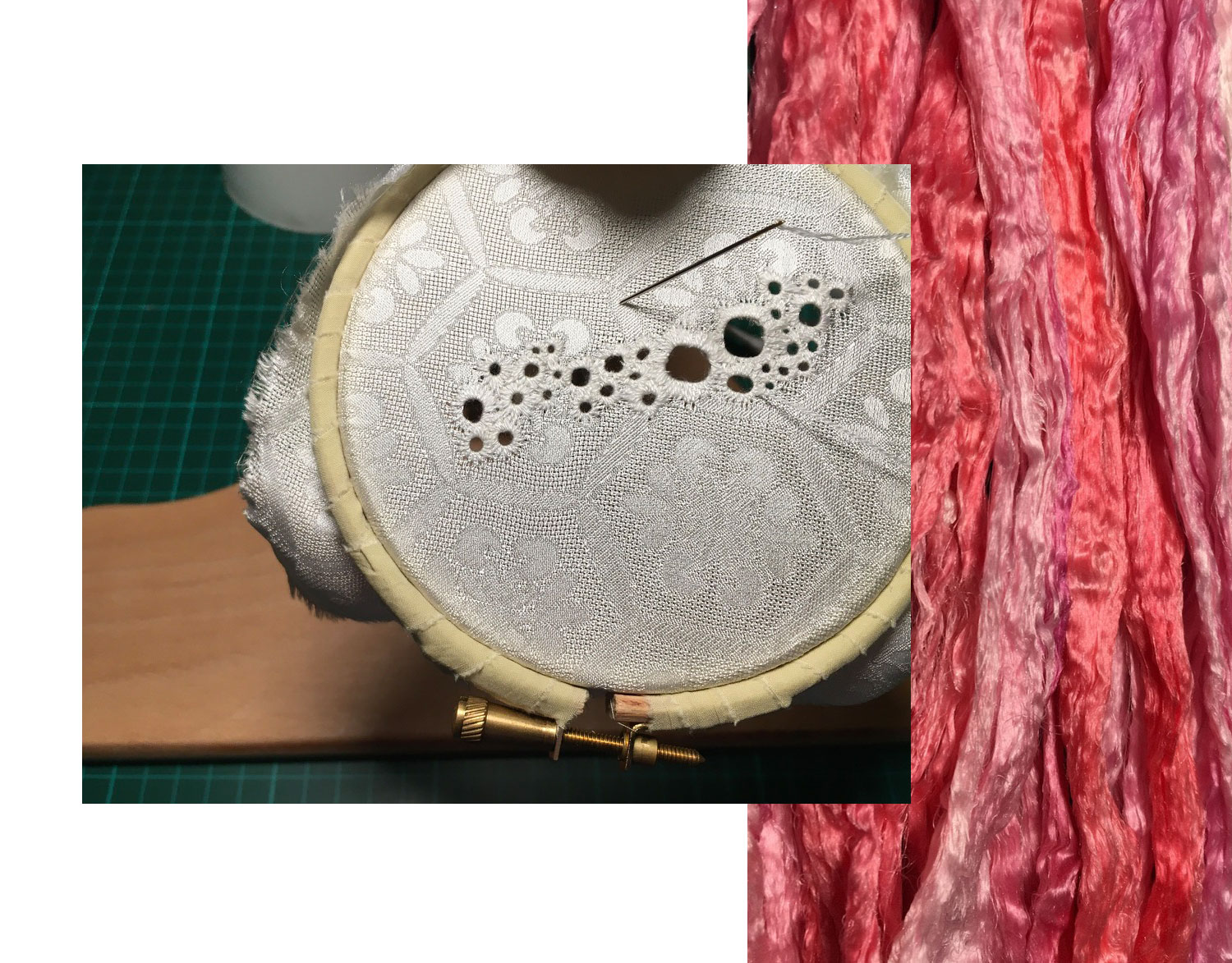 As Ronghua is an uncommon technique, I have focused on learning it within these last five months. Before starting, I needed to prepare the degummed silk filaments. I bought a tie of raw silk filaments and degummed it by boiling the filaments in lye (lai) water several times. Degummed silk has a much softer and brighter texture than raw silk, and only degummed silk can create the velvet texture of Ronghua.
Making Ronghua and embroidering silk are both time consuming. It can easily take one to two days to make a piece of a Ronghua flower. To show how it is made, I recorded a video of the process.
My flowers can be used in different scenarios and environments. To directly show the application and atmosphere that I wanted to create, I took my flowers to many different places, such as bridges, arches, Westminster station, and even walls in a car park. Although my flowers are not real, they are close to real size and have realistic colours. Compared to real plants, my flowers require less daily care and do not need a growing environment that requires soil and sunlight.
Due to limited time and with limited places to go, I photoshopped a greater number of flowers into possible application spaces. They can be used in public spaces like lobbies, underground stations and hotel receptions , and they can be used in domestic interiors as well. 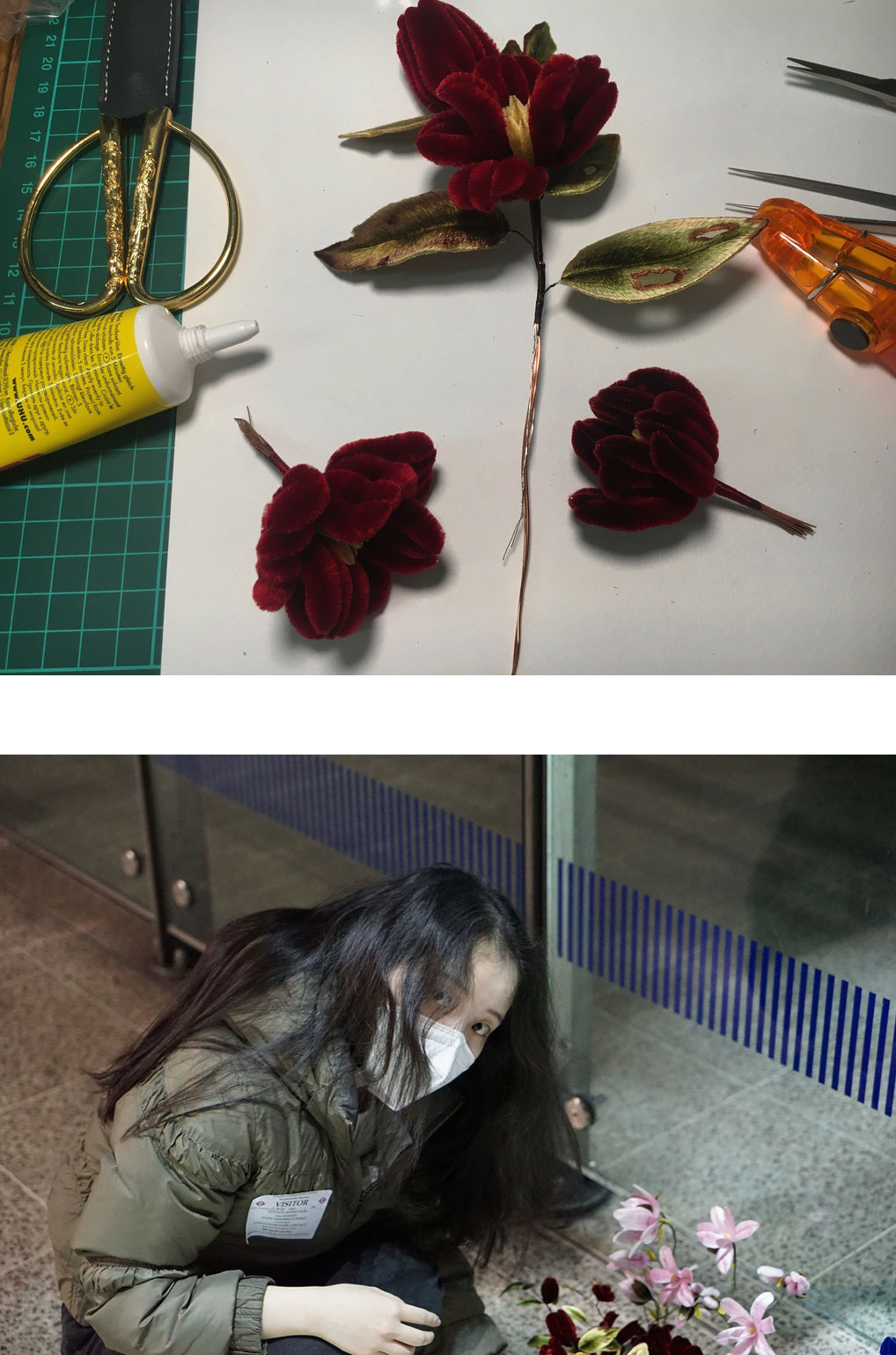