Many words have been penned about the differences between the East and the West. The list is rather extensive, subcategories under umbrella categories. Emily He, a graduate from London College of Fashion BA Jewellery program, can speak extensively about this subject - a subject that inspired her graduate collection. Having spent an equal amount of time in both Hong Kong and the UK, Emily’s voice on culture difference, habits and behaviours comes from experience.

Despite Hong Kong having been a Crown colony for 156 years, the differences between the two are rather stark. In her exploration of the crossroads between these polar opposite places, Emily focussed her collection on three main discourses: noise levels, self-expression and lifestyle. Taking a bold conceptual approach, Emily used different metaphoric adaptations and different materials to separate the two cultures.
01

On self-expression, Emily focussed on the hands. Hand gestures like body language can be a very telling way of non-verbal communication. Smooth silver represents the West for being direct, straightforward and to the point, while for the East, the hand is wrapped in strips signifying a less indirect and more complicated approach to self-expression. 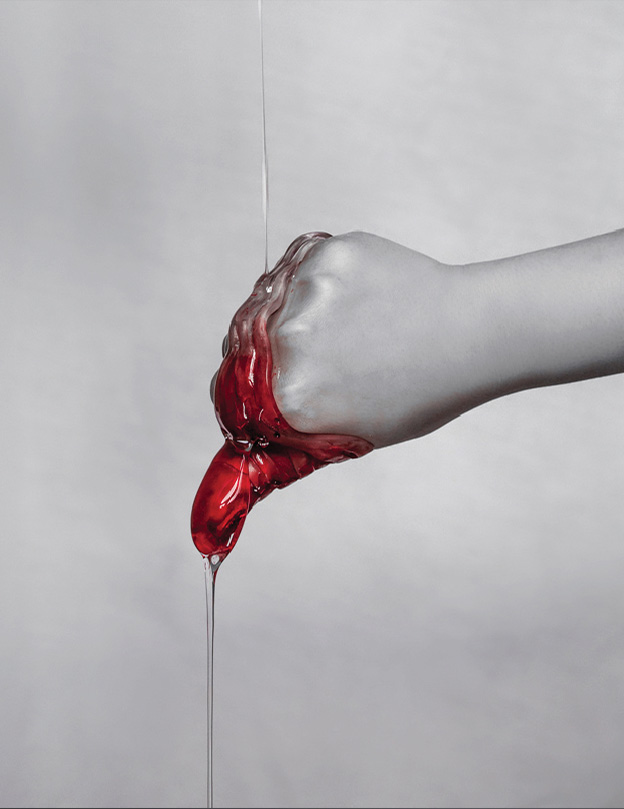 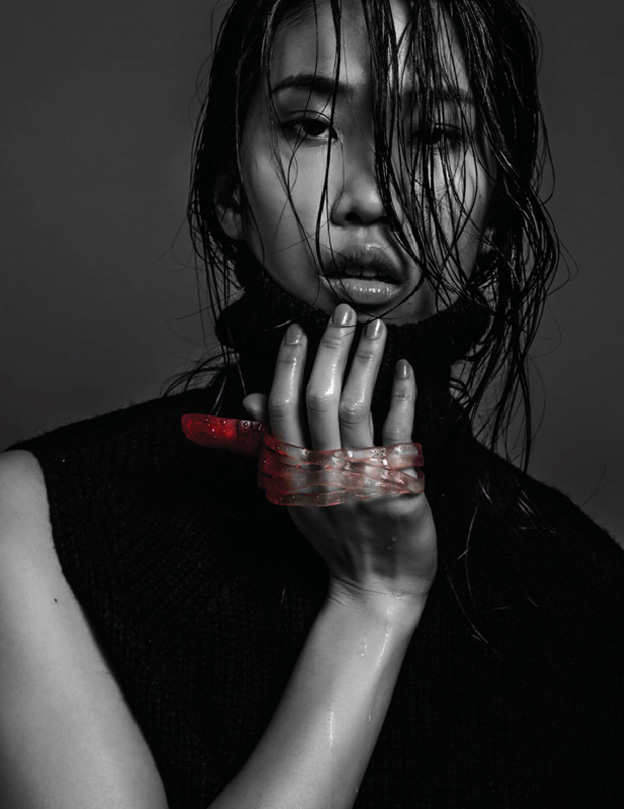 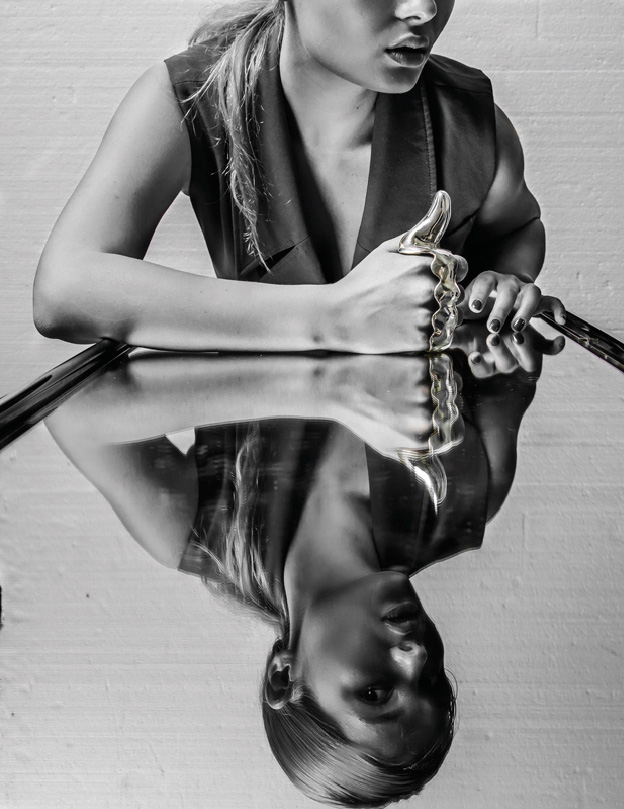 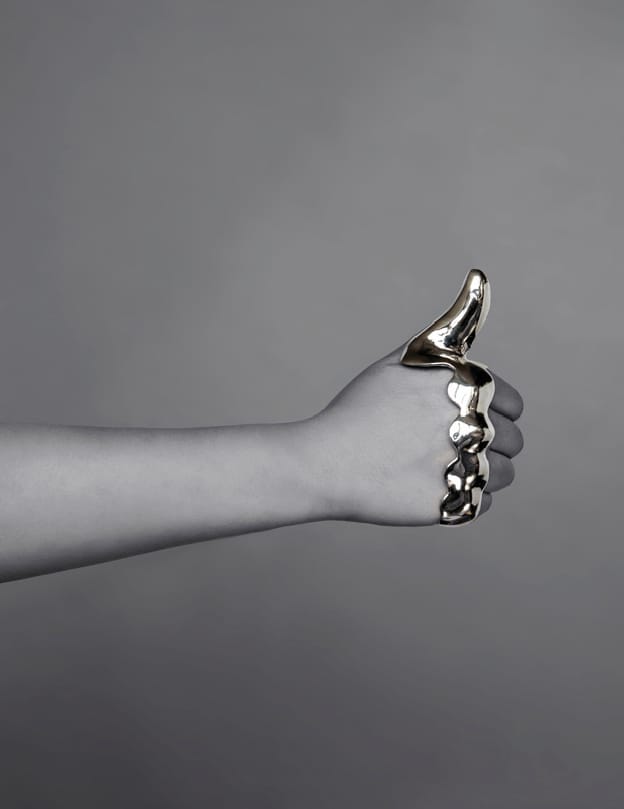 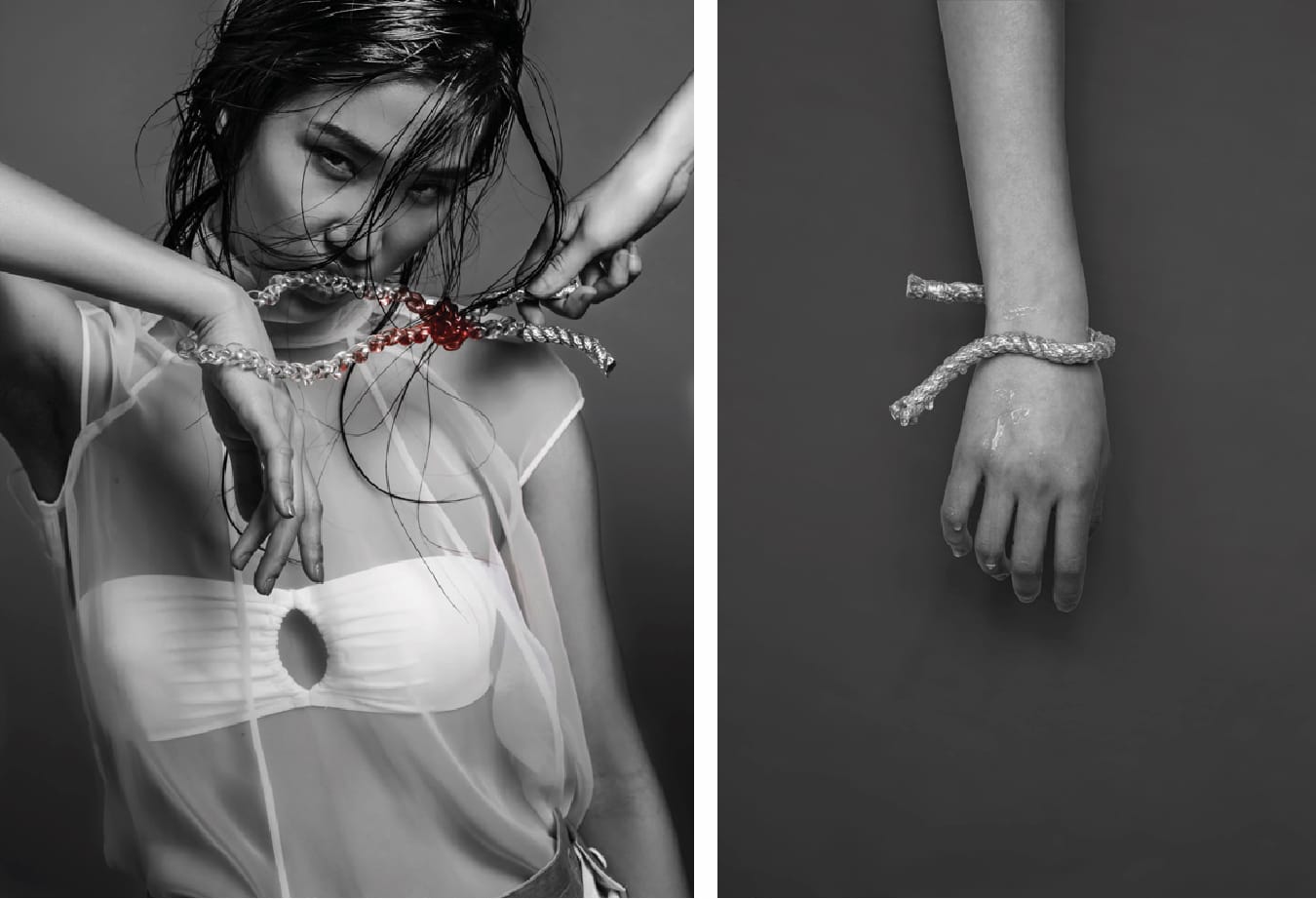 In comparison to the West, the East has more restrictions and less freedom. This is depicted with a rope and knot tying the arms together. The West’s version, the rope was frayed and torn, representing their freedom from restraints faced by the other side

Dining customs play an essential role in cultural expression. Instead of focussing on food or eating methods, Emily focussed on noise levels. Dining in the East, noise levels were significantly higher than dining in the West. To represent this cultural difference, Emily crafted two earpieces. To represent the exploding noise levels, one piece was frozen mid-rupture in its metal mould whilst the other piece indented as if sucked in by a vacuum of noiselessness. 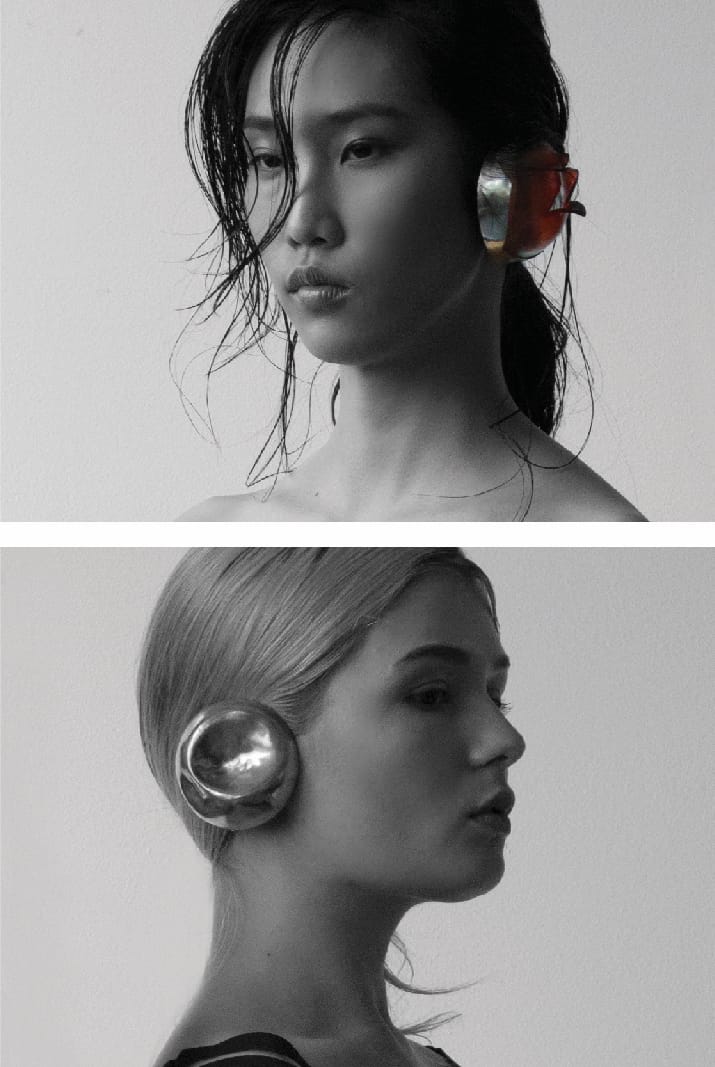 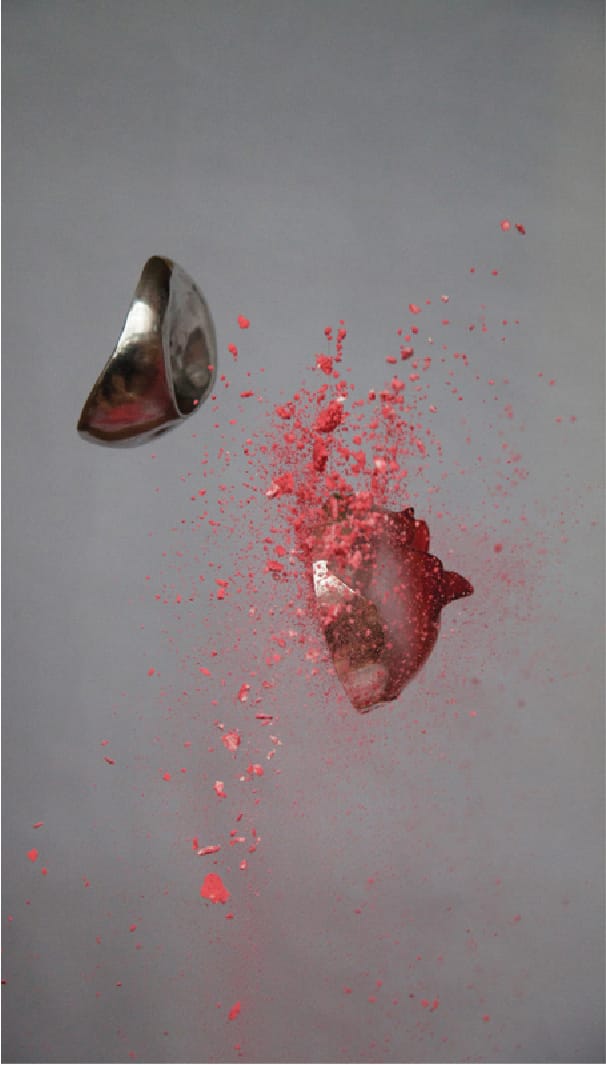