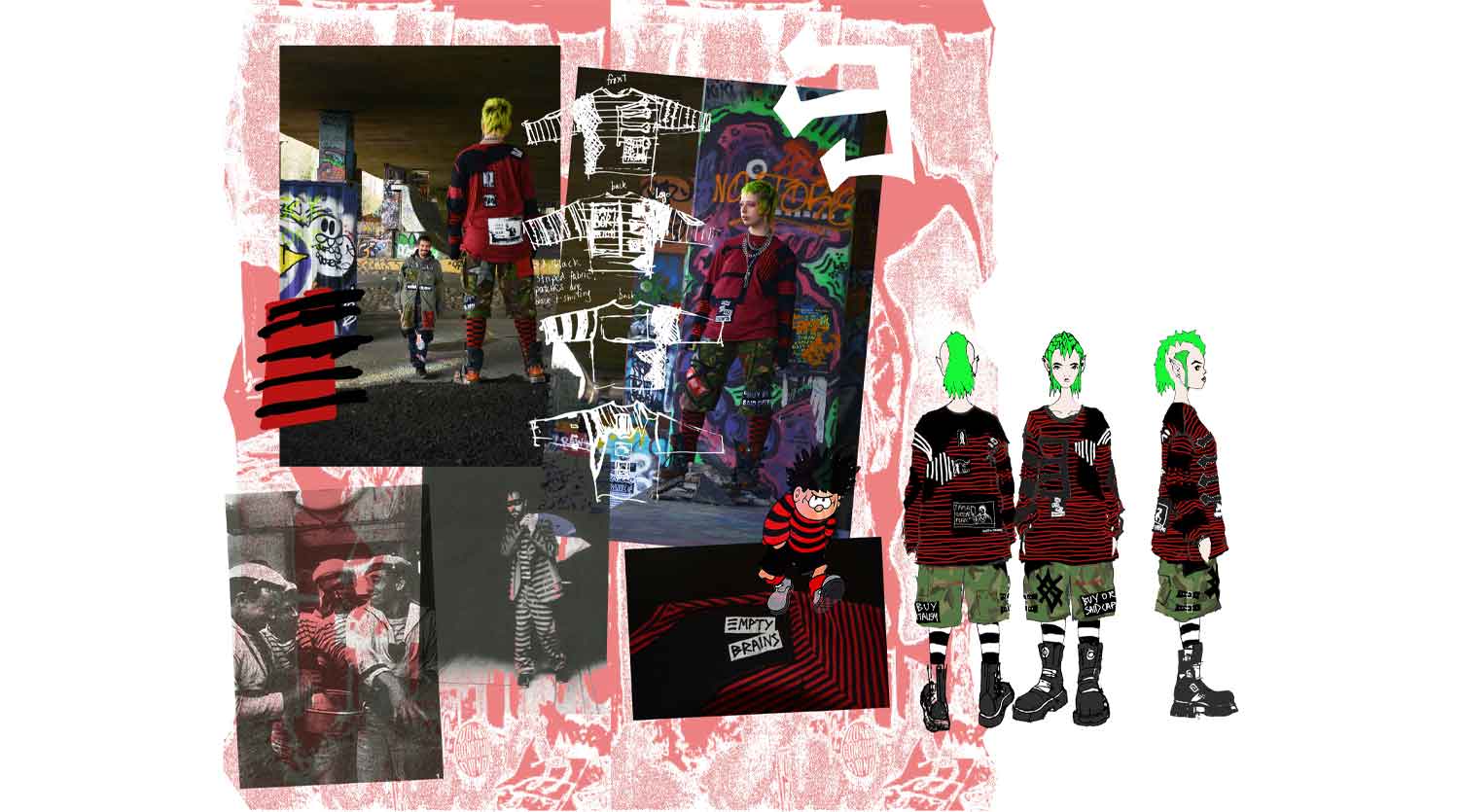 Stripes are seen throughout the collection due to their criminal connotations, suggesting that the crimes committed by governments and corporations to the environment are on par with criminal actions. The various patterns that repeated throughout the collection give each piece a connection, every garment is completely unique but they are all from the same family. For Jay garment sourcing is very important, everything is either salvaged material or second-hand clothing. Meaning the designs process develops alongside the sourcing of fabrics, adapting to what he can find at that time.

Empty Brains is protest wear. The slogans and imagery plastered across each piece all have a message behind them and are intended to make people question and challenge preconceived notions of consumption and fashion. For this collection Jay developed 3 different animal patches, these all represent animals that have been pushed to extinction by mass consumption. It is explained in the zine which would accompany each item bought, the name of the animal and how exactly it has been affected. Other patches include satirical imagery of gambling angels, suggesting blind mass consumption has become like a religion to many, and a fiction mock-up of Boris’ new book campaign suitably named ‘BUY MORE STUFF AND FUND DESTRUCTION’.

The design and rework process happens very spontaneously, as Jay prefers to design hands on with the garment. Opting for simple quick sketches inspired by the clothing of reggae sound system culture, paintings by Jean Michel Basquiat and dystopian films such as Blade Runner. Next is a long period of cut and paste designing with the garment and patchwork collages. He creates various versions of a similar garment to get used to the fabric and then picks out the best bits from each attempt and refining them together into a final product.