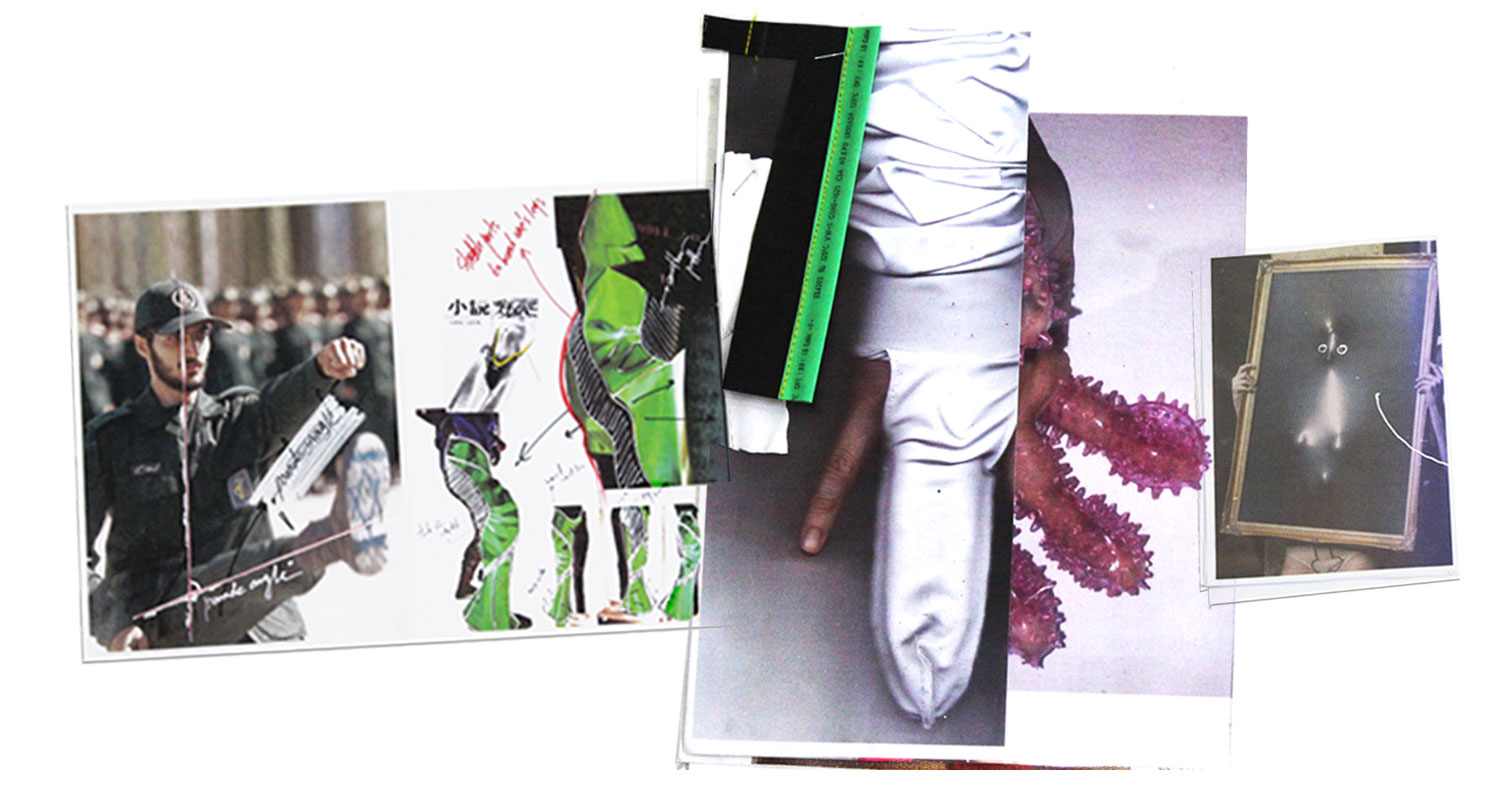 Her inspiration came from the conservative Islamic Revolutionary Corps in the 1980s. She thought everybody has guilty pleasures. Even the Corps would also have had guilty pleasures, so she started work from this point. A tiny hole is more sexual than big ones - the less that it reveals, the more sexual it is - so she designed a suit with one small hole and the proportions of the garment came from sexual clothing. The garments straddle the line between feelings of guilt and pleasure. She reduces the sexuality of the garment to evoke feelings of guilt. 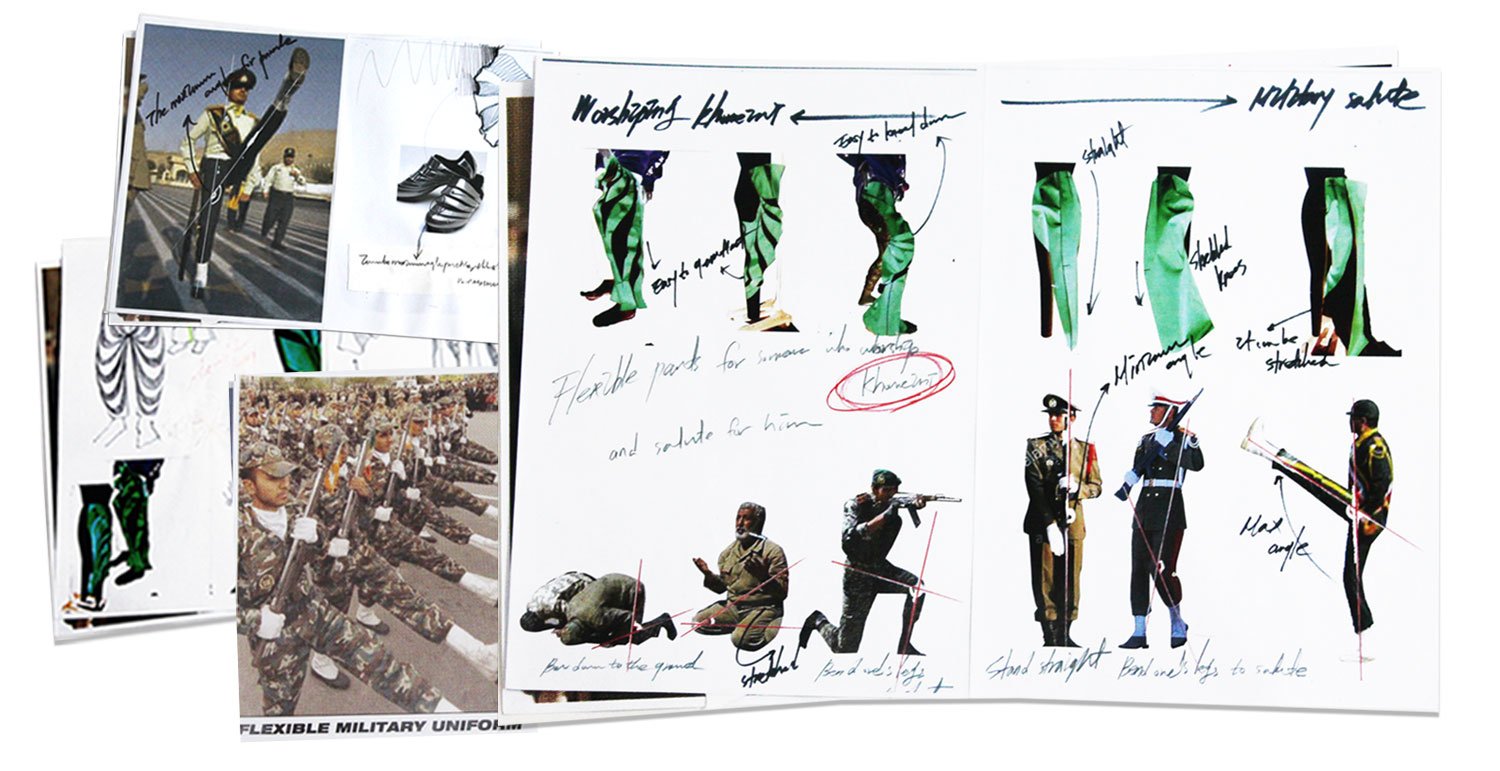 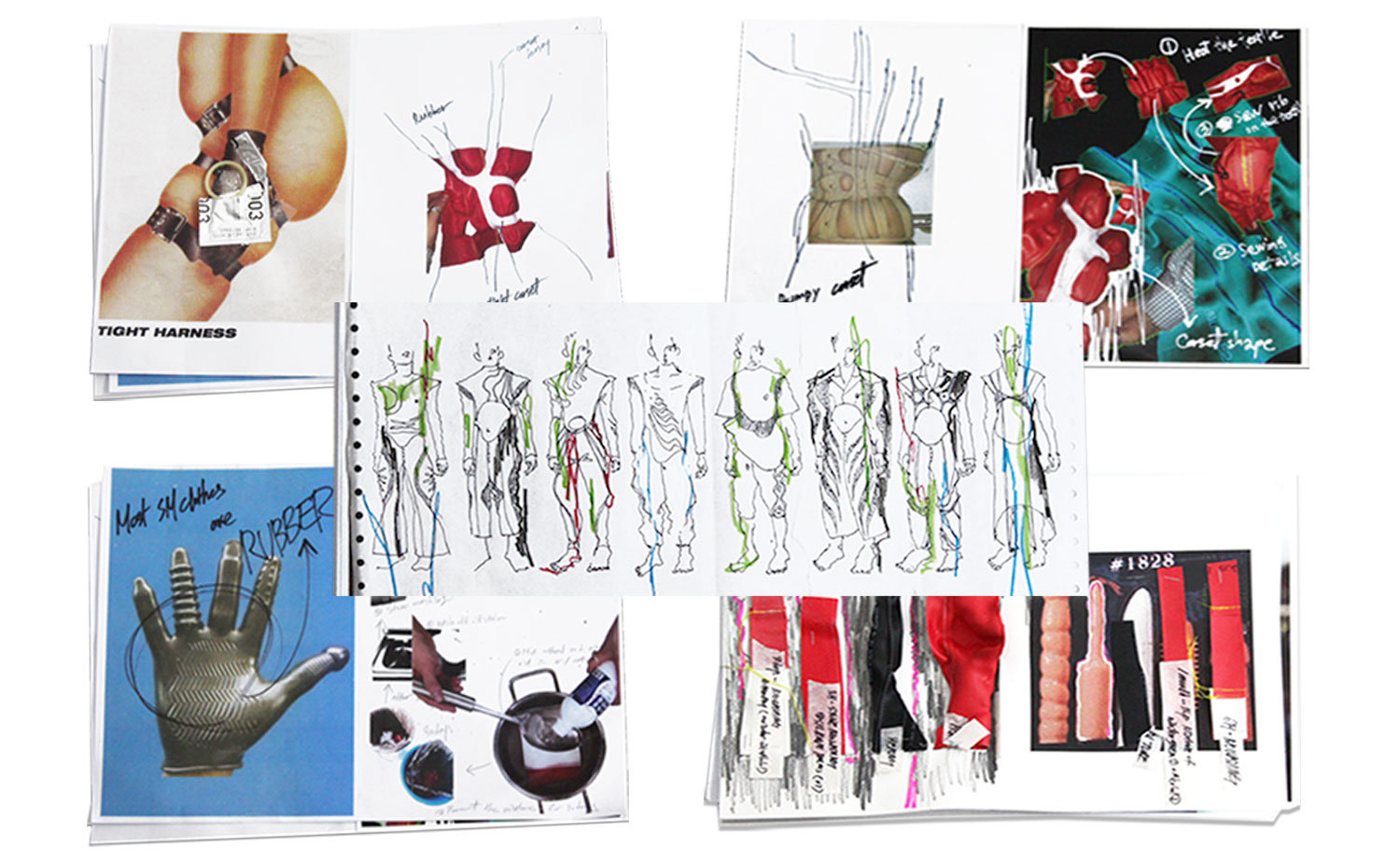