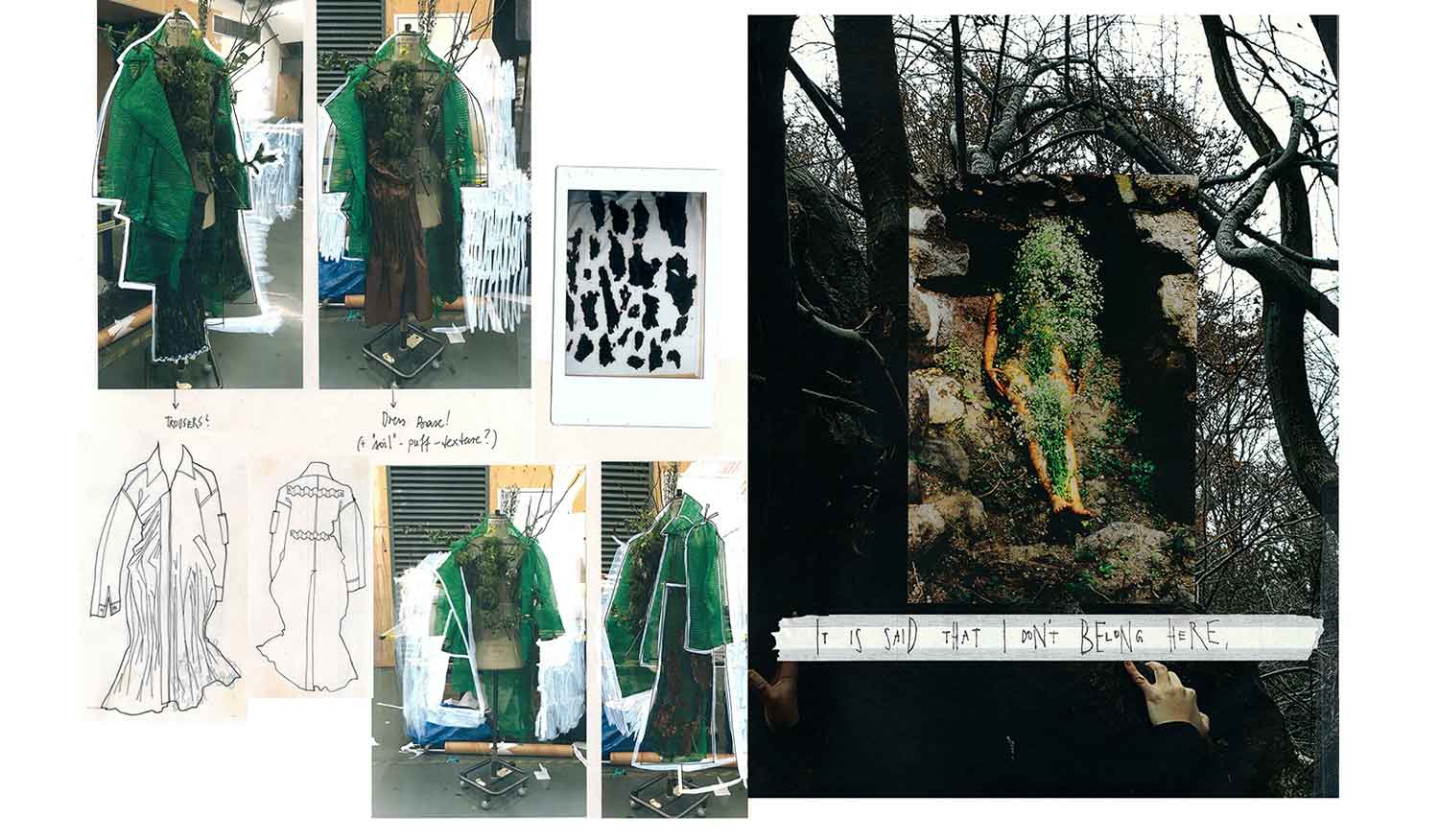 Having grown up in the border region between Austria and the Czech Republic, Eva Neuburger was well aware of the political dimension of nature from a very young age onwards. The Bohemian Woods were her playground and sanctuary and experiencing the brutal changes the capitalist system was and is inflicting upon them shook her to the core. As the world slowly wakes up to the reality of climate change, she is trying to make a point in saying that we have to switch from seeing Nature as a commodity to it being an ally. A political force in its own right. 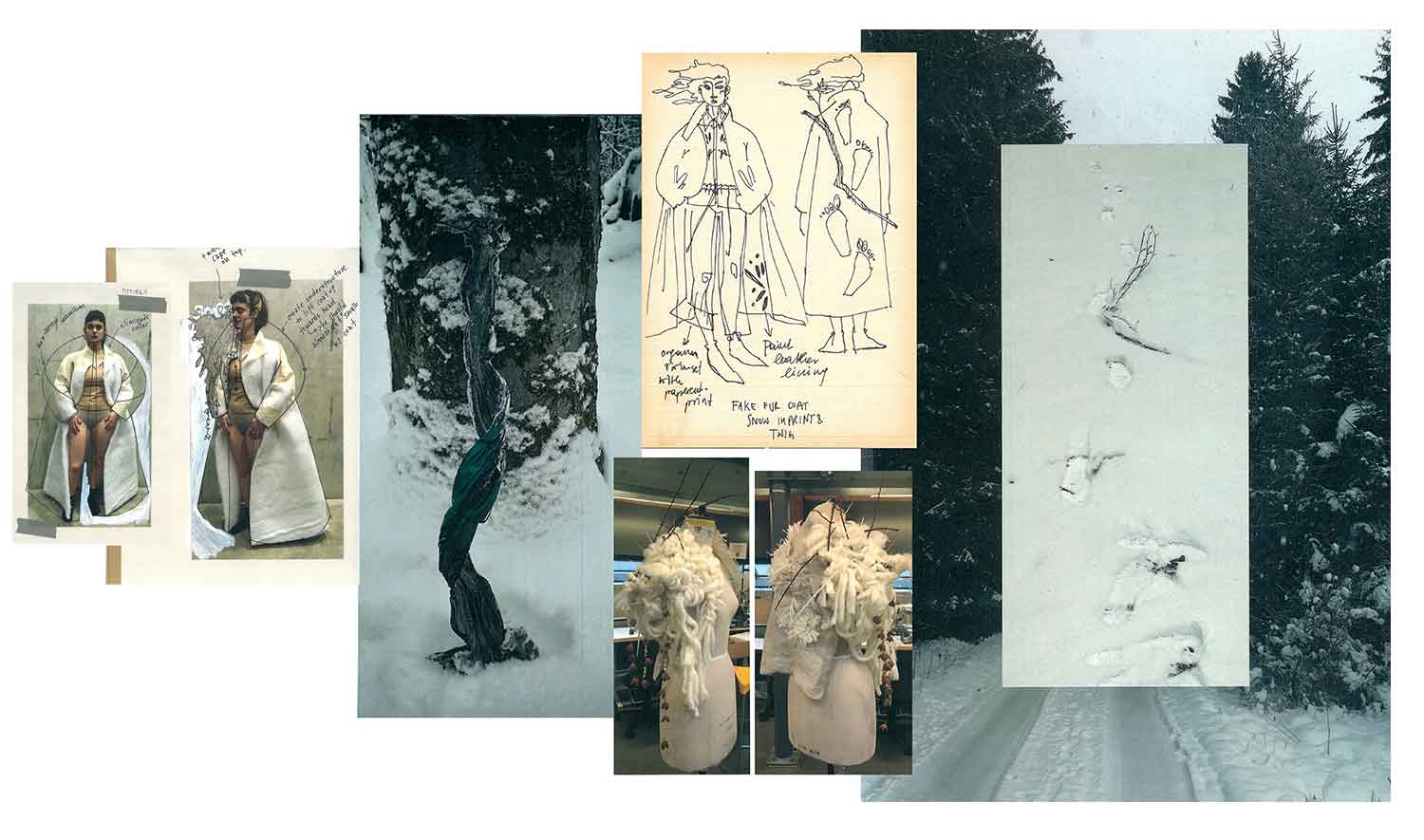 As a woman, she has come to realise that patriarchal and capitalist societies tend to treat women and nature in a very similar way. Their minds and bodies are colonised, objectified and made into commodities. In her graduate collection, she has started exploring this theory, through analysis of forest utility wear (which has an entirely male&heterosexual connotation) and finding inspiration in photographs she took on her journeys through the woods. She tried to work as sustainable as possible with 80 per cent of the collection being made from either recycled or deadstock materials. She is also trying to promote linen produced in her hometown as it is a fibre using up very little resources. 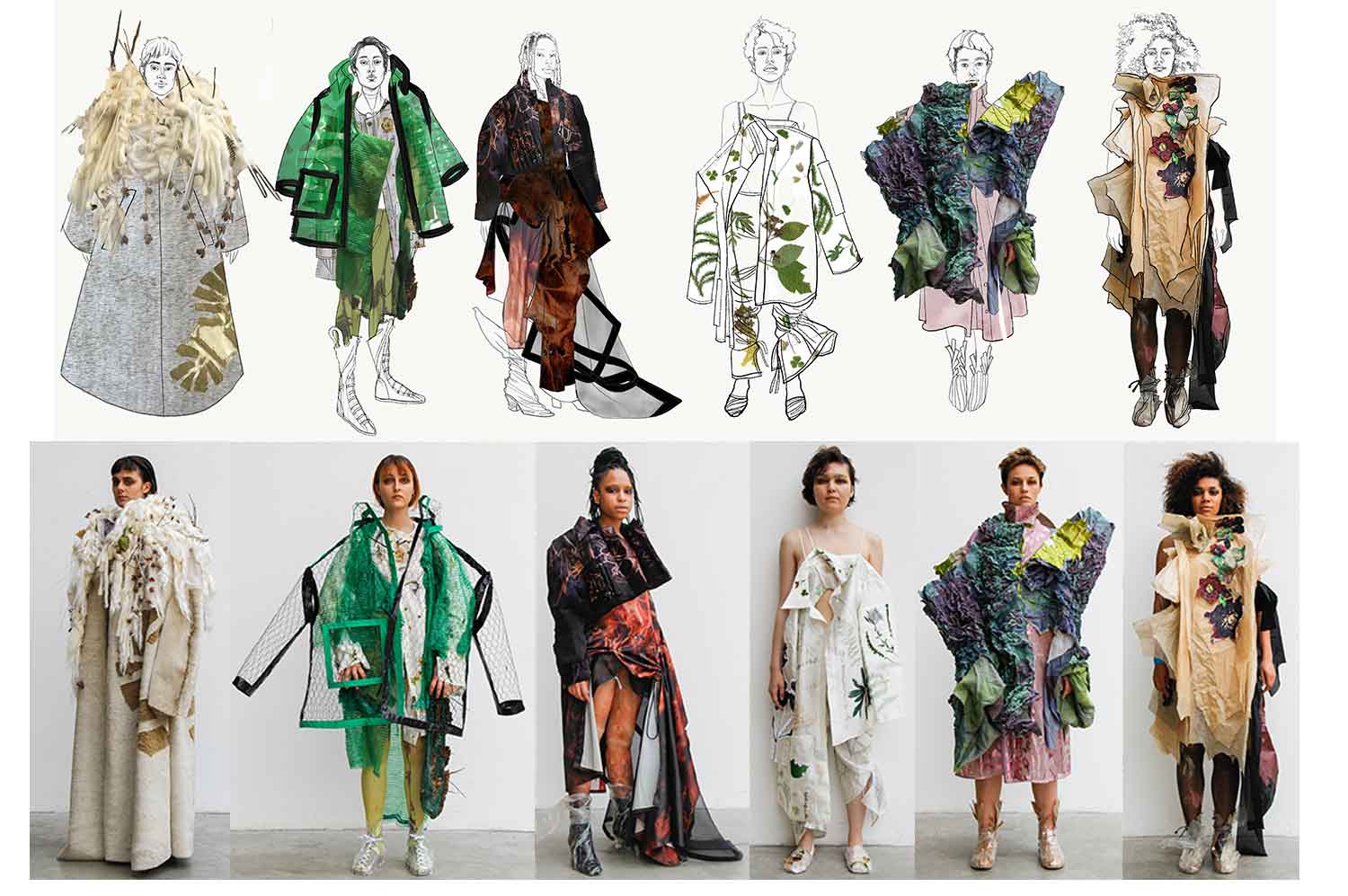