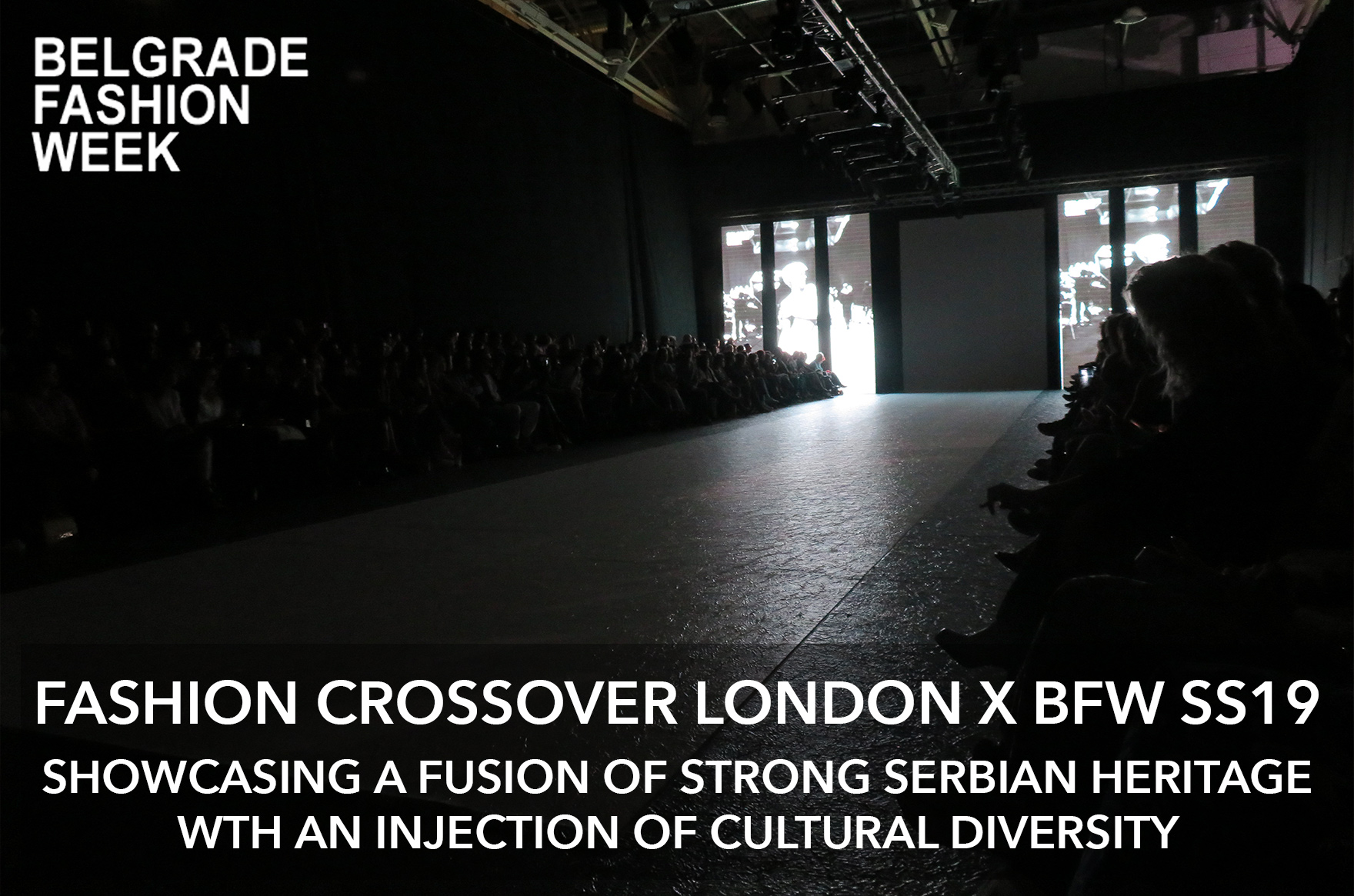 2018 saw Belgrade present their 44th annual Fashion week, 26th October - 2nd November. Showcasing in Serbia twice a year, Belgrade wast the first Eastern European country to host a Fashion Week, with it remaining one of the largest events of its kind, attracting both international buyers and industry experts. BFW hosts 30 on and off schedule events, showcasing more than 75 international designers, more than 10 fashion brands and attended by more than 10,000 visitors over 5 different locations.

Having been a huge support and platform for the launch of several Serbian designers such as Roksanda Ilinčić, BFW continues to support and promote a vast array of graduates, emerging designers and local businesses. Advocating and investing independent designers and young talents, whilst inviting foreign designers to showcase alongside Serbian natives develops and promotes cultural diversity whilst promulgating their own cultural heritage.

One of the most important events during Belgrade Fashion Week is the BFW Design Collective, a non-government and non-profit designer’s association whose sole aim is to develop and improve the local fashion sector. The Design Collective works closely with more than 80 independent Serbian designers and graduate fashion designers to promote young designers and students with academic education in the field of fashion, helping them to create sustainable business models.

Designers who partake in the BFW Design Collective programme, also have the opportunity to showcase their designs in a pop-up store in Rajićeva Shopping centre. The first concept store to only feature Serbian designers in a shopping centre, giving the local designers a platform to gain recognition within the fashion industry as well as broadening their consumer domain. This pop-up store included more than 25 designers across menswear, womenswear and accessories.

Her designs are a fusion of inspiration from her mother and Serbian heritage, paired with a bright colour palette and contemporary geometric patterns. Bright and vibrant pops of turquoise, yellows and oranges juxtaposed by darker, muted tones of black and khaki added contrast to her collection. Lily’s collection also sourced inspiration from Russian painter and artists Kandinsky, with Ljiljana’s explicit colour palette and patterns reminiscent of the late artists abstract work. Ljiljana also integrated several elements of Kandinsky’s philosophies into her collection; showing your inner world and not the latest trends, don’t paint objects – paint the abstract, approach colours as the windows to one’s soul, add rhythm to your work and help develop humanity through creating authentic works of arts.

Following her 8 appearances at BFW, Lily has no intention of leaving her native Serbia. Preferring an intensive handmade workshop production, Ljiljana praises the supportive nature of Serbian fashion culture “as a designer it’s hard in Serbia to do it on your own”, commenting on the support for local businesses and designers working together and describing the fashion community as “a family”.

Belgrade Fashion Week is following in the footsteps of several fashion capitals; shopping directly from the catwalk with the ‘see now, buy now’. With social media booming with the introduction of shopping through Instagram and other social media channels as well as e-commerce sites collaborating with designers. The future of fashion is clear, see now buy now.

ATAMANSHA
Newly established brand, Atamansha founded by Ruzica Nestorov, debuted its first collection at BFW 2018. Ukrainian and Belarus designer, Ruzica Nestorov, uses the political disputes in Ukraine as inspiration for her designs. The collection is targeted to the free spirited and fierce female, with the brand using warrior and futuristic aesthetics to give people positivity and freedom.
The SS19 collection titled ‘Galina’, named after the designer’s sister, presented neoteric and futuristic garments with sharp silhouettes intertwined with elements of traditional Ukrainian folk Cossack costumes and Russian Slavic ornaments.

Ruzica’s ‘Galina’ collection debuted with three distinctive moods; exciting, fighting and futuristic. The strong, fierce element to her collection incorporates both historical and futuristic elements to create a brand empowering strong and independent women. Following Atamansha’s debut collection, Ruzica hopes to expand and develop her brand internationally, branching out to the Fashion Capitals with London in particular. 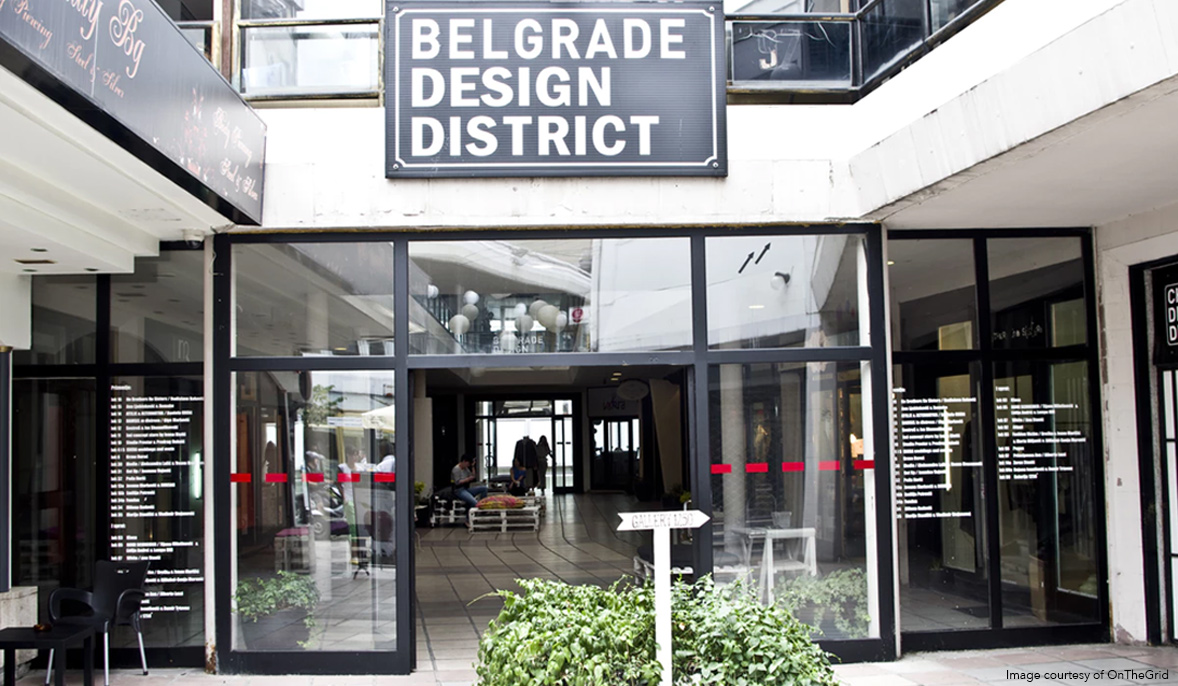 Jovana Markovic’s signature aesethtic of a fusion of luxurious and timeless sophistication embodied with a youthful edge. This signature style was promininent in her SS19 collection which was inspired by the concept of being a woman. Celebrating and applauding female beauty and strength, through the synergy of female softness and strength. The concept was portrayed through natural fabrics in transparent and light pieces. Jovana implanted her colours in silk, with greens and neutral tones reinforcing the natural beauty. After becoming a Belgrade Fashion Week regular, her desiners have gained masses of media exposure in Serbian fashion magazines, and are now available to purchase worldwide.

GRADUATE DESIGNERS
In addition to the established brands, Belgrade Fashion Week combine both established and graduate designers under the same roof. BFW also host a competition known as the NOIZZ Fashion Award, part of their project Fashion Incubator. This additional show is part of the BFW graduate show, which is known to expose and produce many talented designers. This year universities taking part in the annual graduate show included; Faculty of Applied Arts, Accademia del Lusso and Metropolitan University. This season there were several stand out graduates showcasing their inaugural collections.

Mina Maksimovic, a recent graduate designer from Belgrade’s Metropolitan University, presented a menswear collection titled ‘99/100 experiments’ focusing on the juxtaposition of ugly and beautiful, harmony and chaos. The collection emphasises a focus on textiles and fabrics, creating contemporary menswear embodying the teenage transition with emotions of awkwardness and misunderstanding.

Nemanja Devetak, recent graduate designer Belgrade’s University of Arts, displayed a womenswear collection inspired by feminism as well as tough times in Serbia. Nemanja, spoke of the hardships of curating a fashion label in Serbia but emphasised the ongoing support from local businesses and consumers, “we don’t have money but we have fashion”. Aiming to follow in the footsteps of idols Alexander McQueen and John Gallino, he hopes to travel to Paris to gain experience working for a ready-to-wear fashion house in one of the most notorious fashion capitals.

It is apparent BFW is well regarded by both participating designers and attendees as an extremely supportive and encouraging event, through promoting and exposing the sheer talent and creativity possessed by the many young Serbian designers, as well as inviting gifted emerging designers to the country to showcase alongside them. BFW also host both more experienced designers and graduates under the same roof, emphasising the inclusivity and support systems. With BFW and their non-profit organisation ‘Design Collective’ sharing Fashion Crossover’s passion and mission of discovering and promoting emerging designers and graduate talent; it was an honour to attend 44th annual event.

The event celebrates a fusion of both Serbian heritage and cultural diversity, which is rare and much needed for the future of fashion. BFW also ensures a conscious effort is made to welcome many industry experts and professionals from overseas, which in turn broadens the horizon of many local designers, and increases the opportunity for global collaboration. It was an honour for Fashion Crossover London to be personally invited to attend the 44th annual Belgrade Fashion Week, as we share the same vision of discovering and supporting future talent worldwide. It has been most encouraging, to witness a world class event so passionate in supporting their own Country’s creatives, and building a bridge to global platforms with the possibility to achieve universal recognition. At Fashion Crossover London, we are devoted to sourcing talent worldwide and we have certainly encountered exceptional talents at the Belgrade Fashion Week.