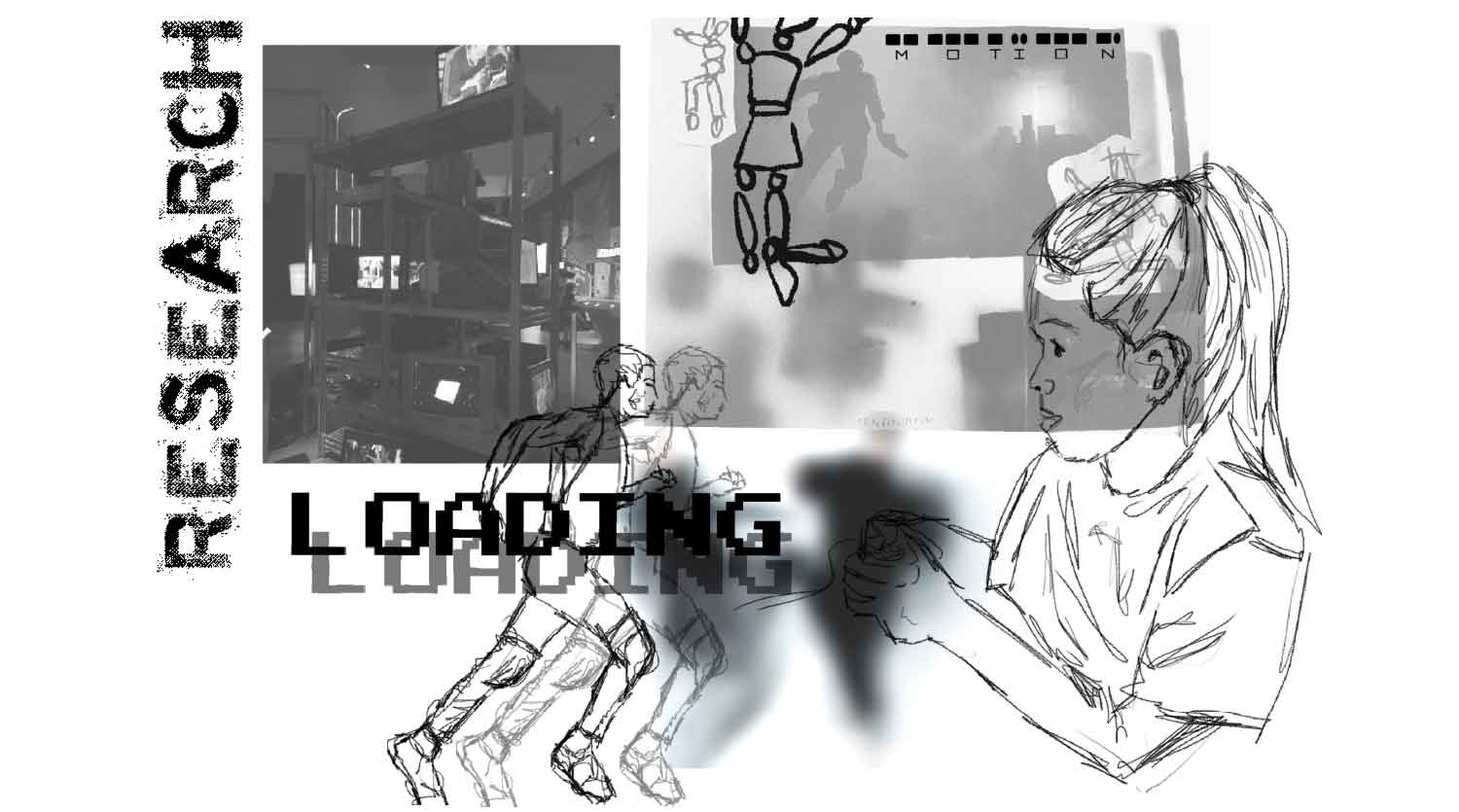 Gemma Coutts’s collection was inspired by video games, not being a gamer herself she found the exhibition which was very interesting and had a lot of different elements, not just a picture on our screens which many think of. The virtual gaming world and its relation to historical and architectural developments as well as the different elements that make video games were inspiration for this collection. Gemma was also looking into structure, the collection includes an element of movement inspired from the virtual reality world. The collection not only incorporates these two worlds merging but has been designed and made using only one colour, black. 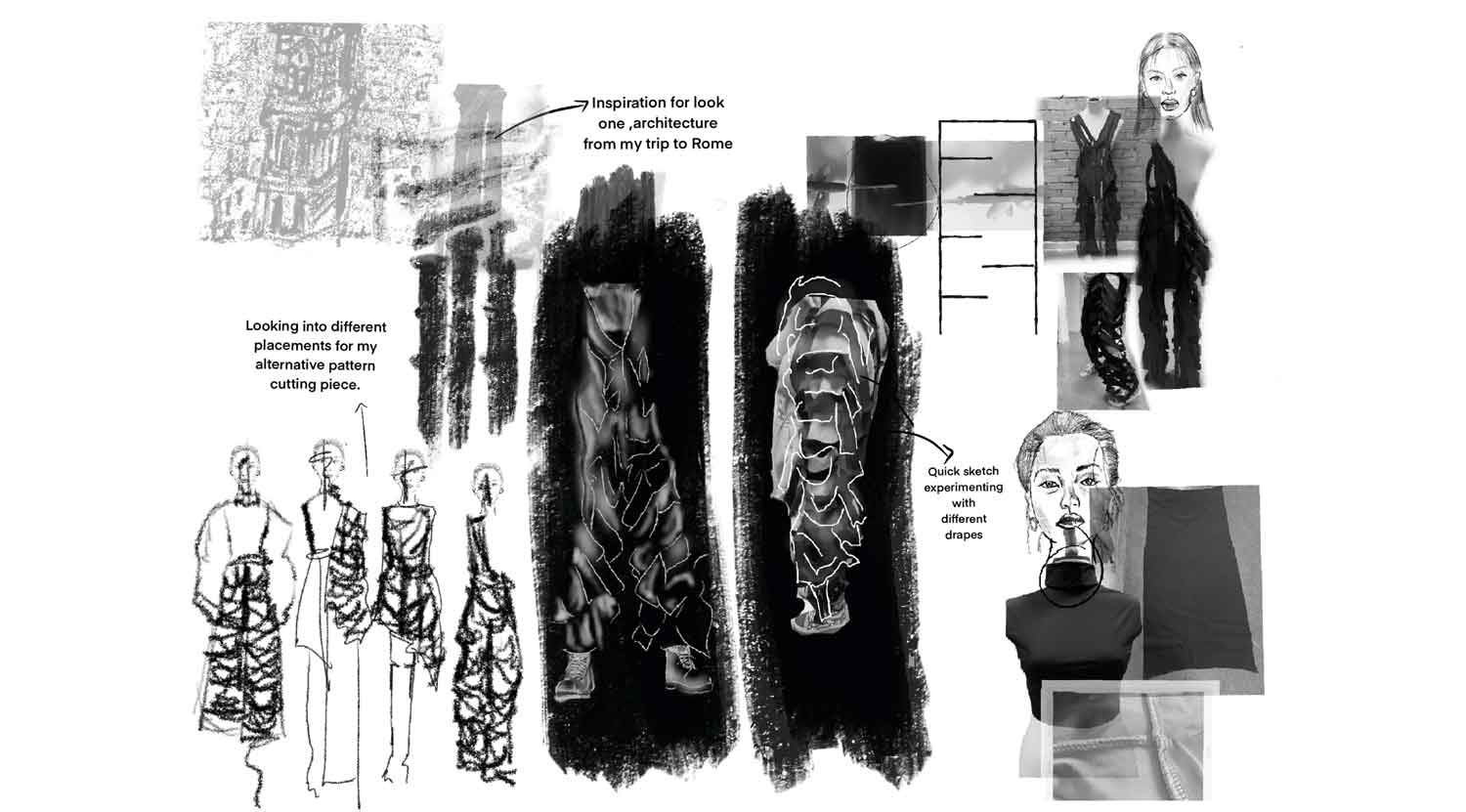 The collection uses a contradiction of fabrics to contrast old and new, reality and digital make believe. Furthermore, focusing on traditional and non-traditional pattern cutting to expand on shapes taken from the digital structures conveyed in video games, to develop into silhouettes. The design challenge was the idea of clashing topics of rural civilisation and urban construction from a gaming technology development point of view. Including the use of laser technology and digital printing to create textures taken from the main concept of gaming. Counteracted with texture of authentic architecture being represented in the digital world. Microchips have been used to embroider pieces which allowed for a ‘reuse scheme’, making the most of broken or thrown away computers and gaming consoles to make for a more sustainable collection.

Overall, the concept pushes forward with the idea of fashion futures from a gaming inspired point of view taking research through the architectural world of civilisation in virtual and real world comparisons. By using advanced pattern cutting techniques and utilising tools such as laser cutters, the collection takes the technology we have today and puts it into the fashion we will have tomorrow. 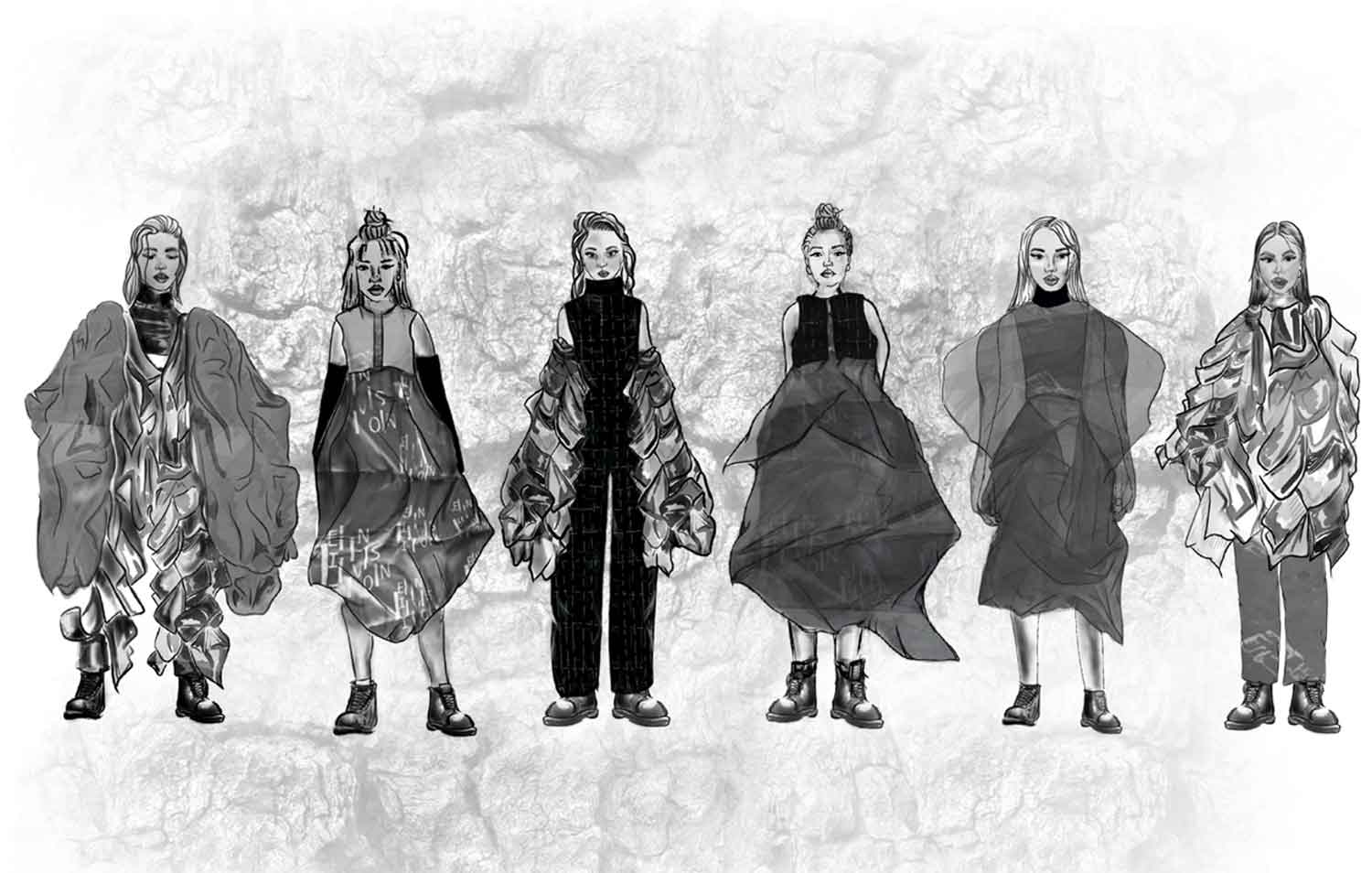