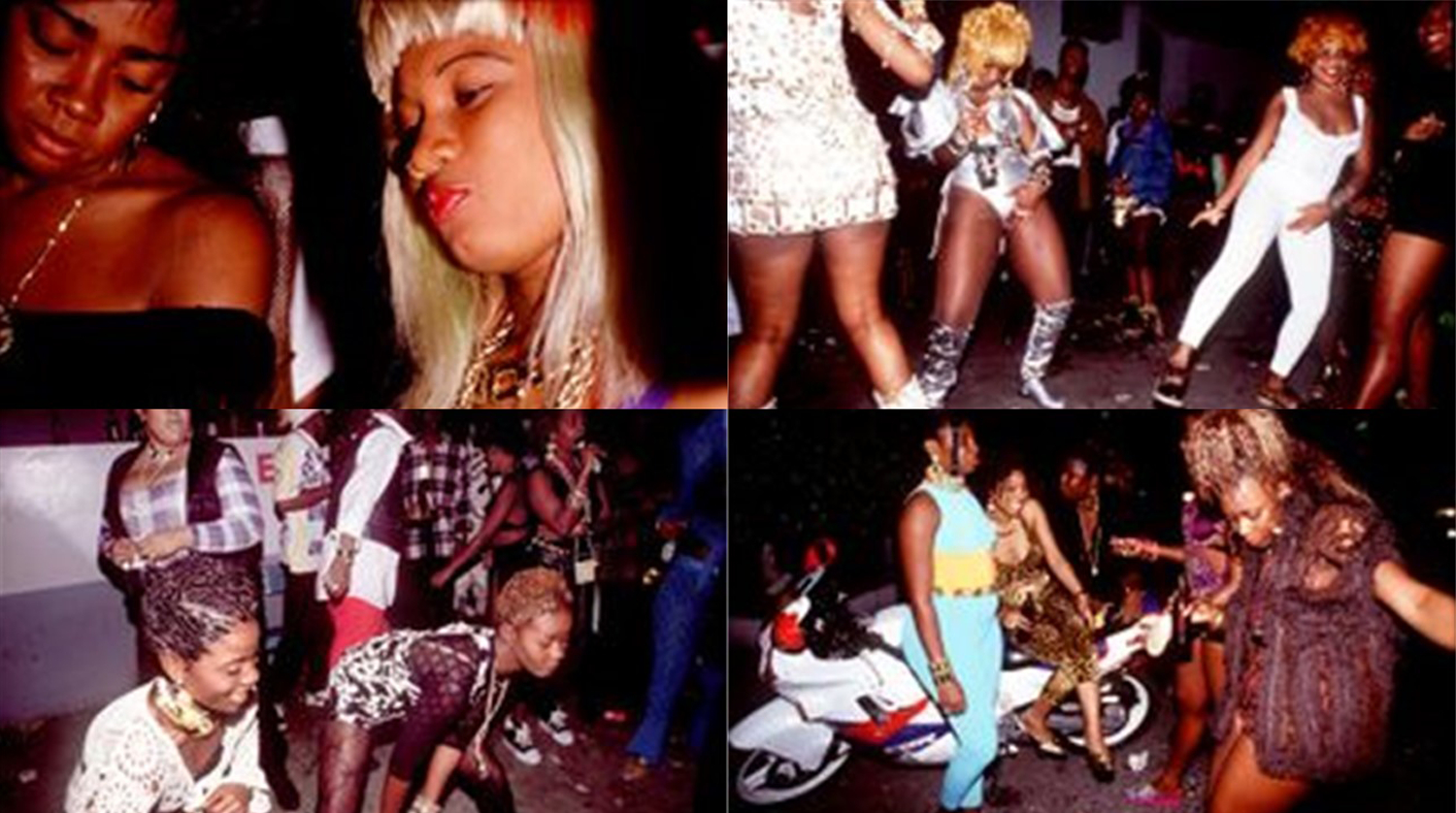 Dancehall is a distinct and unique form of Reggae music. Hip-hop is a style of popular black music which originated in the US. Graffiti is an art form, which when interpreted by Genieve for this exclusive collection, became a visual expression of the synergies created by both Jamaican Dancehall and Hip-Hop cultures, which then brought all three subcultures together. My concept initially started by attended an event called ‘Africa in Dancehall’ this led to me looking at the connection between slavery & church in dancehall, then I explored subculture, understanding it, as a place where people can live out shared identities or shared realities. To examine this idea deeper and give me a framework, I researched the history & evolution of Hip Hop, when I pooled all my research together, Graffiti was the visual representation of my findings = Energy, Sound & Movement. Graffiti became the source of inspiration for shapes, texture and colour. 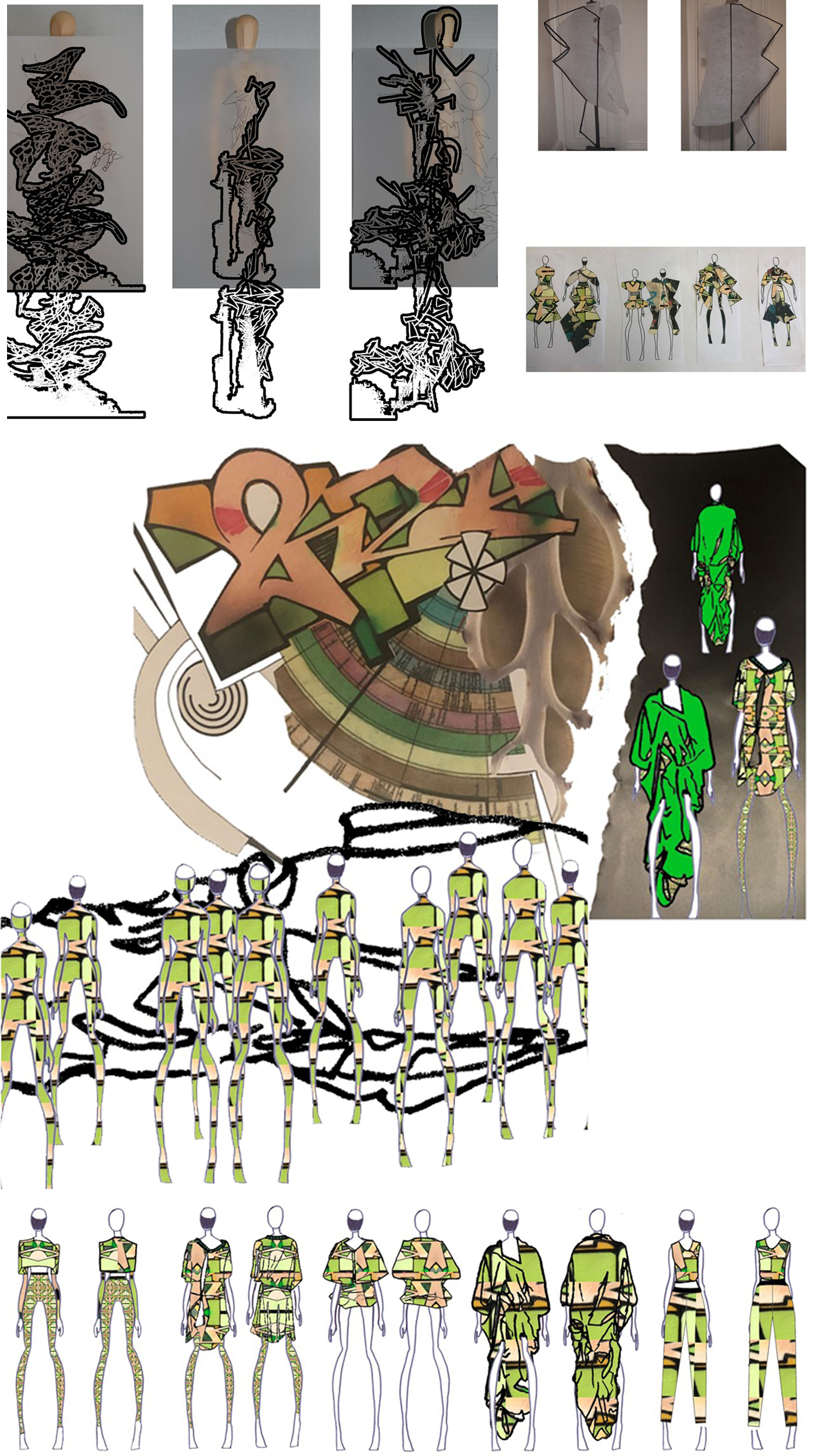