The collection was inspired by illuminated manuscripts. Illumination was used in historic periods to aggrandise ancient documents, being visually decorative to ornament text. This form of art added ornament but did not take away from the value of the words it adorned, rather it was an extension of what the texts expressed. Using frames, text and ornament, Geraldine emulated a similar effect in her jewellery pieces. The metal has a deliberate rough, raw quality to it, emphasising the imperfections and scars the pieces have, almost as if they had ‘lived to tell the tale’. 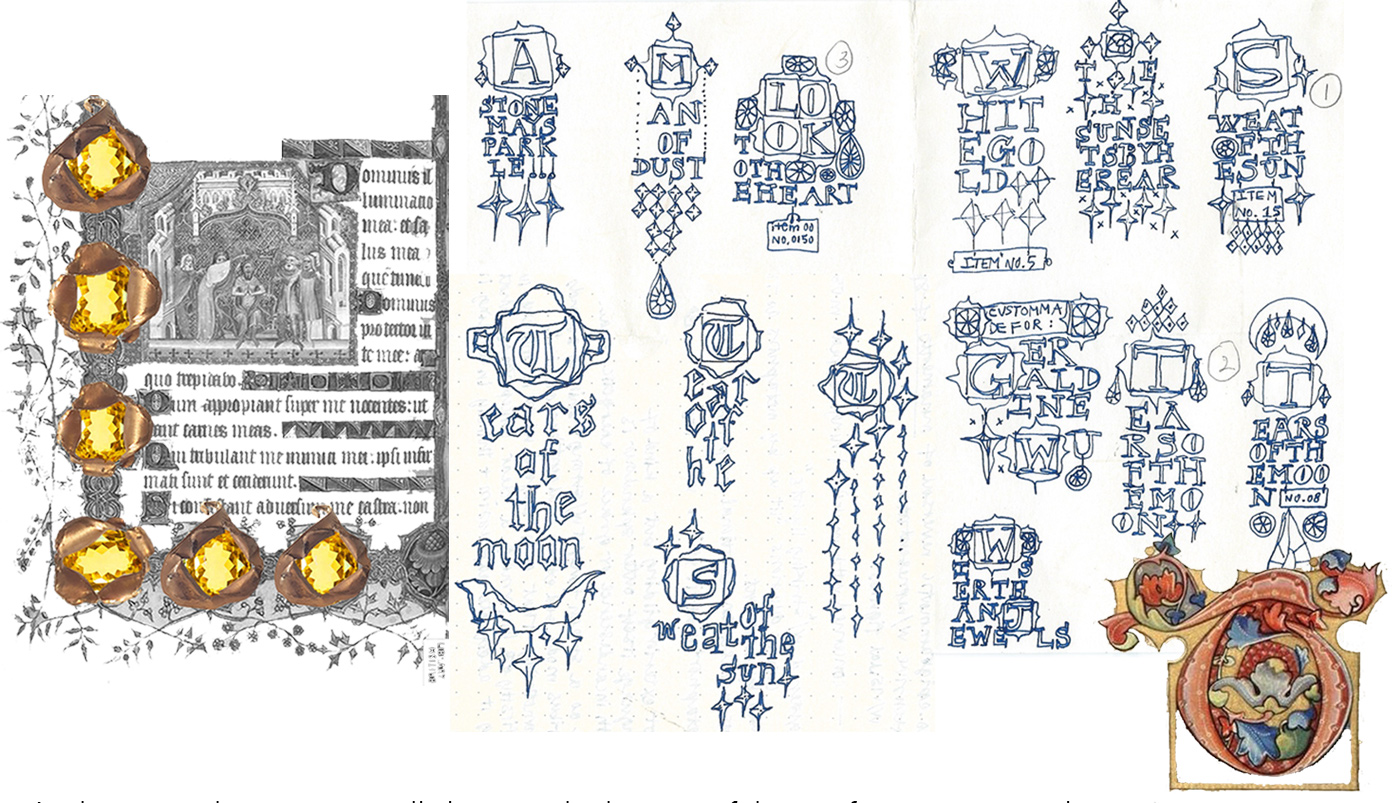 As the pieces have supposedly been at the bottom of the sea for many years, there is a running theme of ‘suspension within time’ throughout the collection - the idea that they had been frozen in time and are now being brought back to life. This is demonstrated through the laser engraved pearls, which capture the essence of being stopped in time and the letters and glistening stars stuck in the pearls. Furthermore, the combination of the traditional use of pearls in jewellery and modern technology blur the line between past and present; old things presented in a new light. 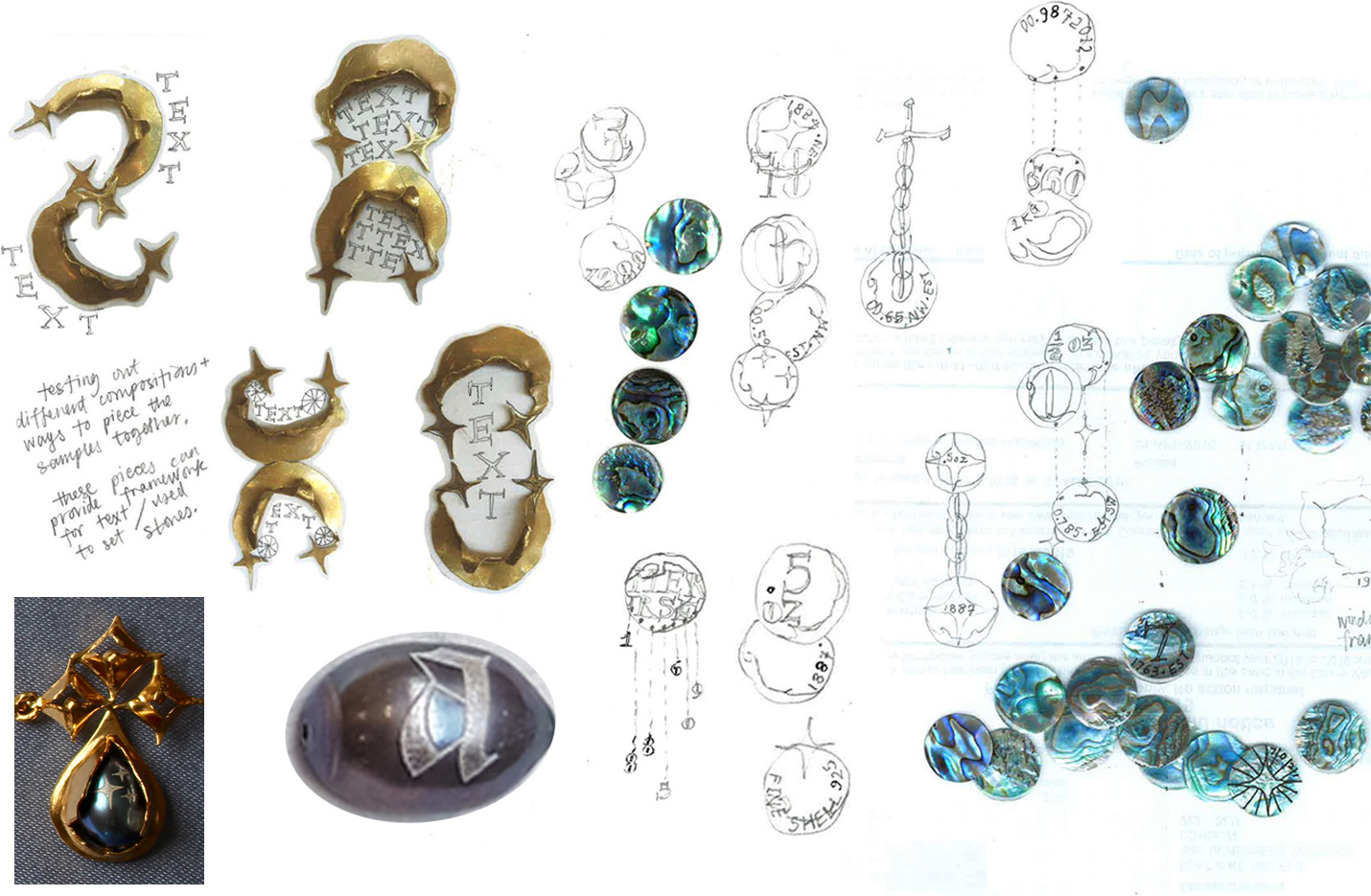 When the whole collection is grouped together, they make up a collective narrative. There is a sense of history and nature being reimagined through a rugged, flawed lens. The combination of text, ornamental elements and frames create an aura of a past and stories held within the jewellery that have further saturated with the passing of time. 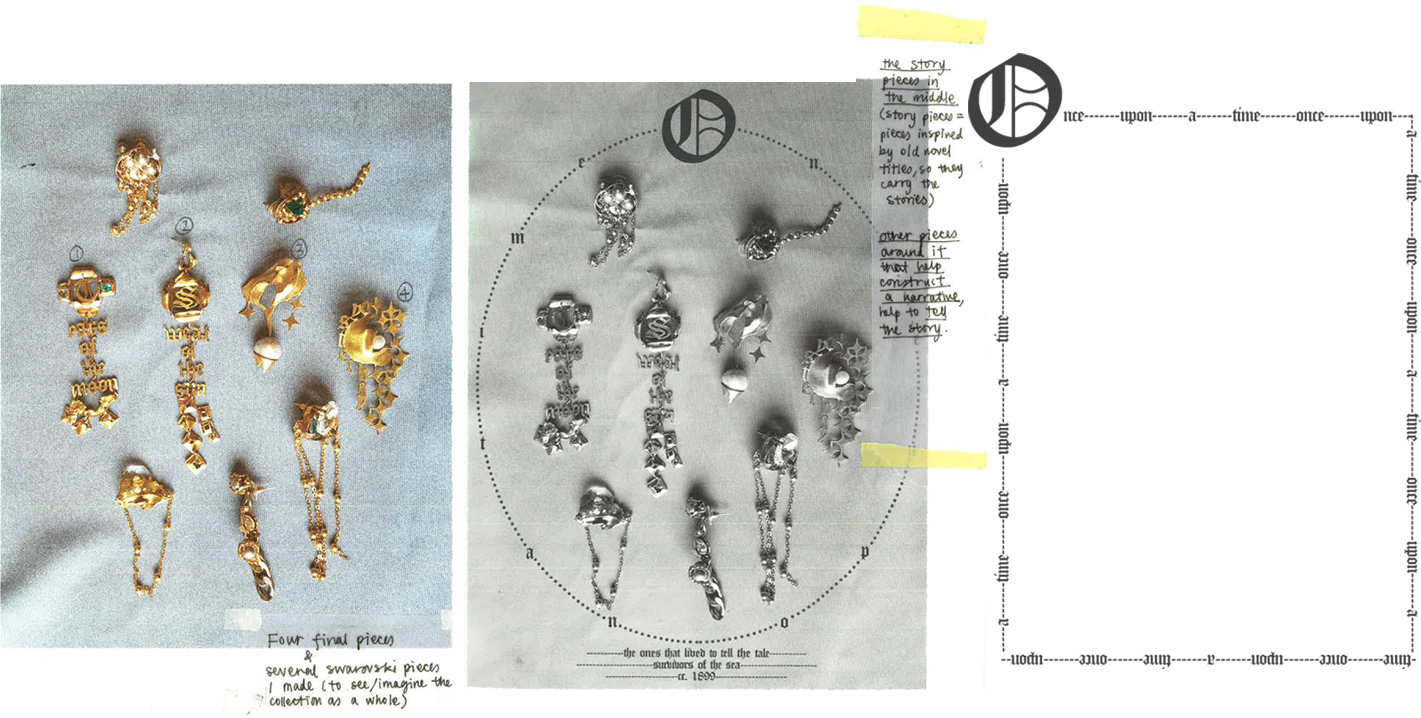