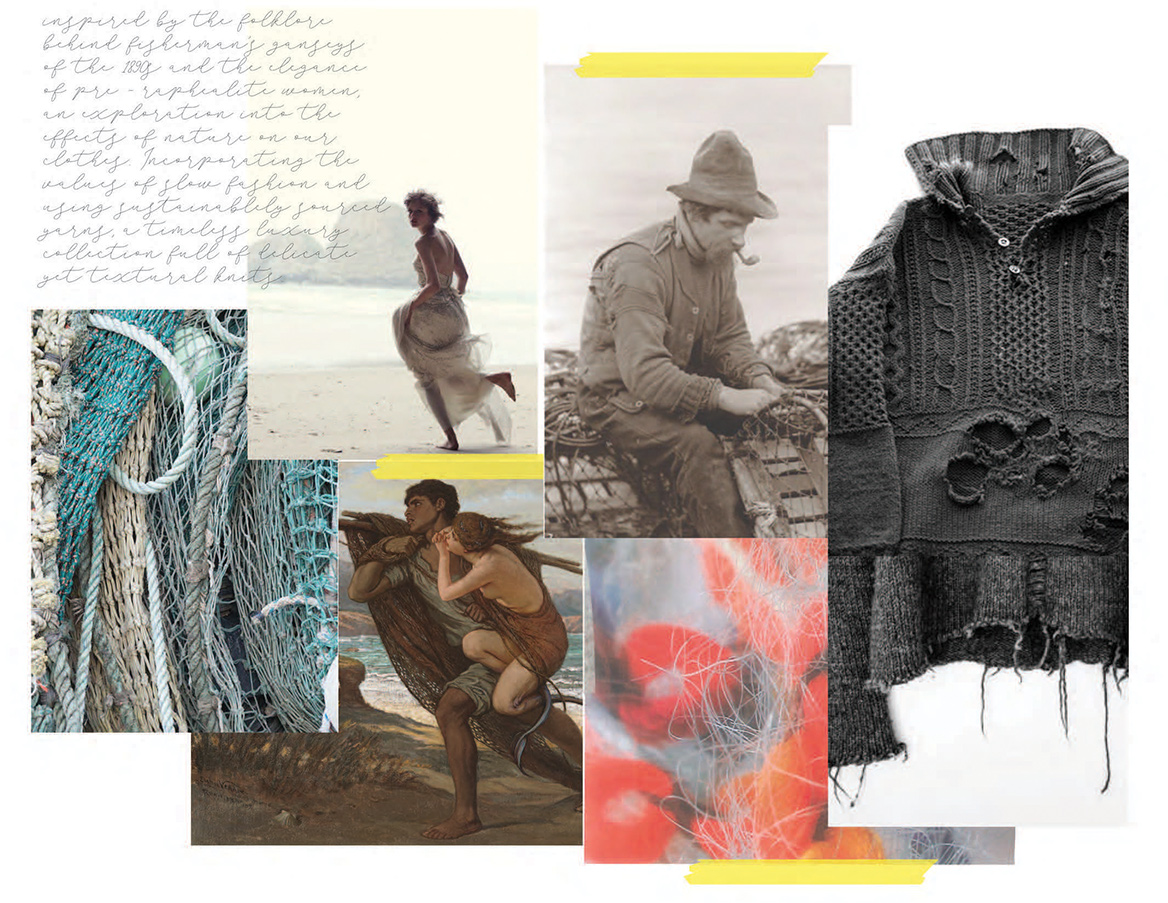 Hannah Stote’s collection was inspired by her research into the history of knitted garments, where she discovered the fisherman’s gansey - an 18th century seamless garment that was not only a workwear garment, but also a deeply personal and unique belonging to the fishermen. Knitted on 5 needles and using high tension wool, the ganseys were almost waterproof and filled with culture of the fishermen - patterns were passed down orally through the generations and individual to each fishing village. 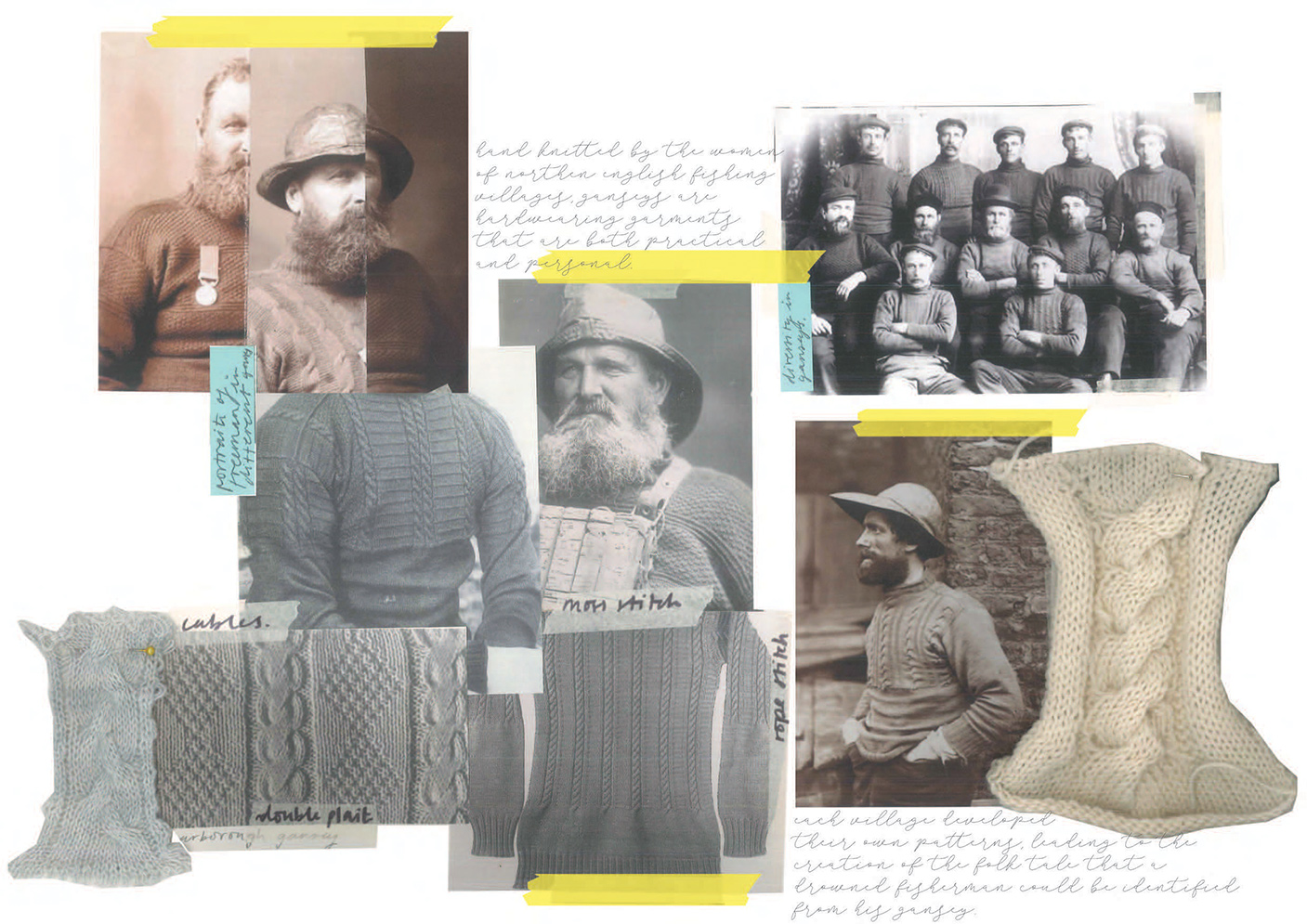 Using the ganseys as a base, Hannah Stote used traditional stitch patterns to contrast the workwear aesthetic of the ganseys with the elegance of pre-raphealite inspired photos by J.W.Waterhouse - influenced by the tales of sirens and mermaids that entranced fishermen. Mixing cables, plaits and tuck stitches to create complex knitted structures, Hannah manipulated them to resembled garments washed up on the sandy beach - creating dimensional and textured drapes unseen in most modern knitwear. She also played with scale and yarn thickness to subvert the traditions of cabled knitwear.

United by this connection to the historic fishing villages of northern England, Hannah Stote intended to reunite fashion with craft by reviving long forgotten techniques and textures. As well as the ganseys, the objects that belonged in the fishermen’s lives also informed fabric development - fishing nets became transparent, fine lacy knits, weaved baskets informed fluffy textural darning-esque weaves. Even the colour palette - initially inspired by the bright colours of modern day fishing ropes and nets - is soft and muted, suggesting the collection had spent years in the sea and sand, softening and ageing over time.