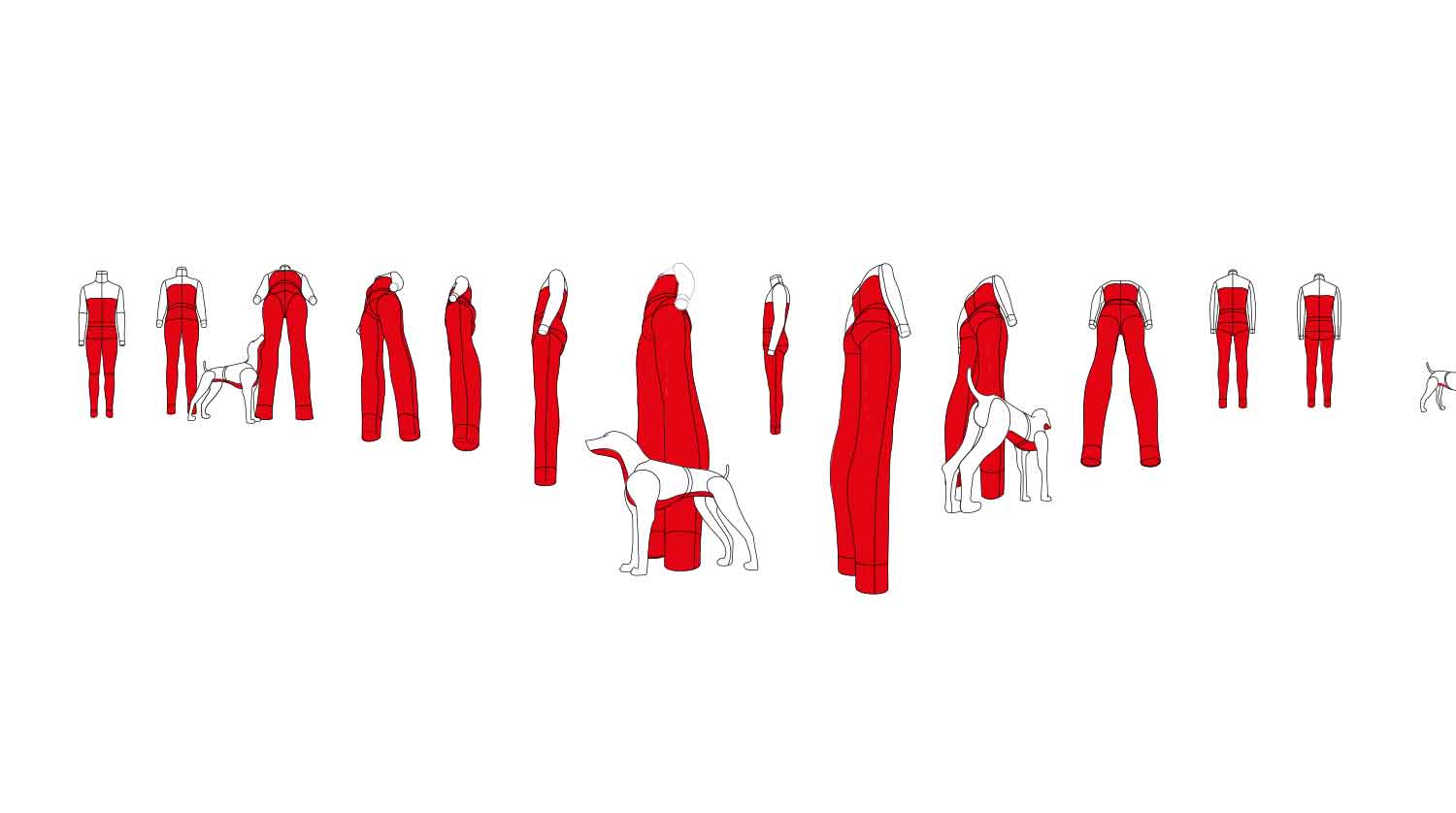 The idea about this research cast a light when i was playing with my pet dog. I was aware of dogs vision and differences compared to humans, but the interesting aspect was the exaggeration of objects viewed from such a low angle, reminding me of fisheye lens images and wondering if he sees the same way others see. Visualising the world through his eyes was exciting and humorous with strange possibilities in terms of proportions. The thought of him seeing me as a giant figure or not seeing my head was quite puzzling. So i decided to visually reimagine the people around me through the game of distortion, inspired by his eyes. It lets me perceive the world differently, more like from another reality entirely detached from the stereotypical notions of the human perspective arousing curiosity for new proportions over pre-determined ones. However, my challenge with this collection was to seek the essence of the human form in a dimension that goes beyond the normal yet not grotesque like the depictions of Jean-Paul Goude. Celebrating the extremes of the human form.

I believe in the power of imagery. This is a speculative approach in the context of fashion to critique the current proportions and visualisations. Out of all the senses, the visual perception is the key to understanding, information transfer and memory. Most of my thought process depends on my visual consumption. As I live in an era where I am visually exposed to what is more than required. I often find myself in a state of visual neutrality and dilution. Especially in fashion, I see the same imageries, similar proportions everywhere. If this is the case my thoughts are going to be one dimensional and mundane. The way we see body completely depends on " from" where we see the body. Now i want to change the way how people see themselves. I want to create visual imagery far away from neutrality and make people think and question the relevance of current proportions Therefore the psychology of familiarity and unfamiliarity was manipulated in this collection to create imagery which elevates the clothing to a sculptural level forcing the viewer to stop and think..

Within this collection, i attempted to compose aspects of tailoring and craft along with the inflatables to create something surreal. Each aspect of this collection is unique and got a distinctive story to tell. Where the tailored pieces are made of 100% wool hand dyed in collaboration with artisans from NewDelhi. Also, a bicentennial toy-making craft from the south of India is reinterpreted through wearables to create new lifelines for the community. And most of the inflatables are created using roll ends and dead stocks contributed by UK’s leading latex manufacturer Supatex.