Shur Ruitz says relax. Inundated by the fast pace of modern society, Ruizi Shi has gone back to ancient philosophy to find peace and tranquility, two ideals that run her everyday life and work ethic. Throughout her tranquil journey, she has come to realise that “the heart does not need to be enriched through flashy things”, a mantra that is evident through her simplistic designs. 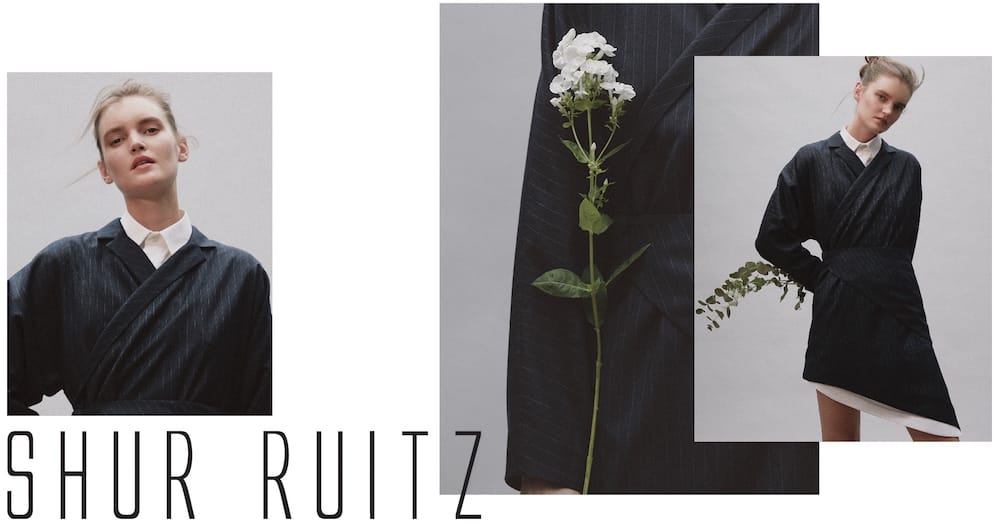 Ruizi Shi spent her childhood in Chongqing, China with pen and paper in hand drawing the world around her. Not long after, her pre-adolescent self was able to disassociate the act of drawing from creating, “Instead, what interested me was the way I could express myself and let others understand my present feelings through drawing, although I never actually enjoyed the action of drawing.” She’s a creator first and an artist second; whether it be furniture or interiors, she’s found her true calling as a creative acumen.

Inspiration for her current collection, oddly enough, came by way of watching the 2016 Euro Cup. Engrossed in the match, she suddenly found herself being moved by the Midfielder. “Out of nowhere, I began to admire those who were in this position”, she says.

“They’re not the most aggressive, they aren’t far back enough to be as defensive and they might not get much appreciation or applause but they appear to be the most important and hold the wisest position on the field”.

This moment of revelation opened her eyes to the importance of a ‘medium’, “I also wanted to express the relationships at gatherings of that middle moment, where everyone is happy and everything is in place, before it falls apart”.

Balance also runs through Ruizi’s day-to-day life, a synthesis of work and leisure; she allocates her time capturing inspirational moments through collaging and drawing and reading books in her downtime. An old soul, she removes herself from the hustle and bustle of city life by finding solace in visiting temples which has quickly become one of her favourite pastimes. 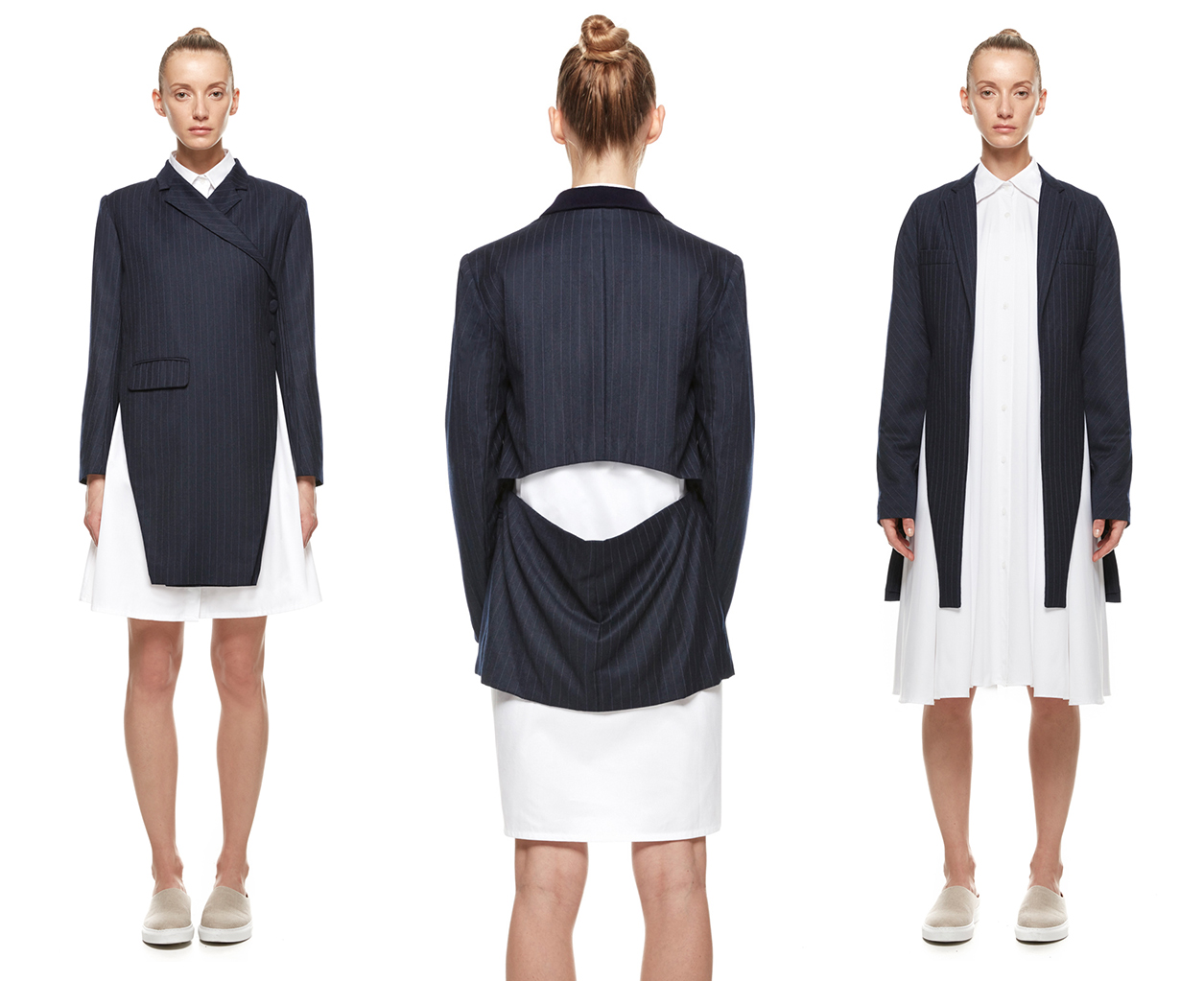 This speaks volumes through her designs that are nothing short of Taoism philosophy – a perfect harmony found between Western cuts and Eastern aesthetics. Minimalism is at the heart of her brand, yet it doesn’t detract from the attentive tailoring on each piece.

Ruizi Shi likes to be at one with her pieces, using thread-stitching details on each garment, it allows her to fully feel the path of the weave.

The idea behind her collection is simple, modern reinvention of classic cuts. Based off of Western classics such as pinstripe jackets, two-piece suits and the traditional Oxford shirt, Ruizi Shi has reworked these for the modern day man and woman. Placing emphasis on asymmetric lines, flared pleats, ruched detailing and wrap-around designs – the collection exudes an easy elegance. Fluid, long-line silhouettes are juxtaposed against crisp cuts and angular fits. Neither too traditional nor too contemporary, a natural balance is found between the two styles.