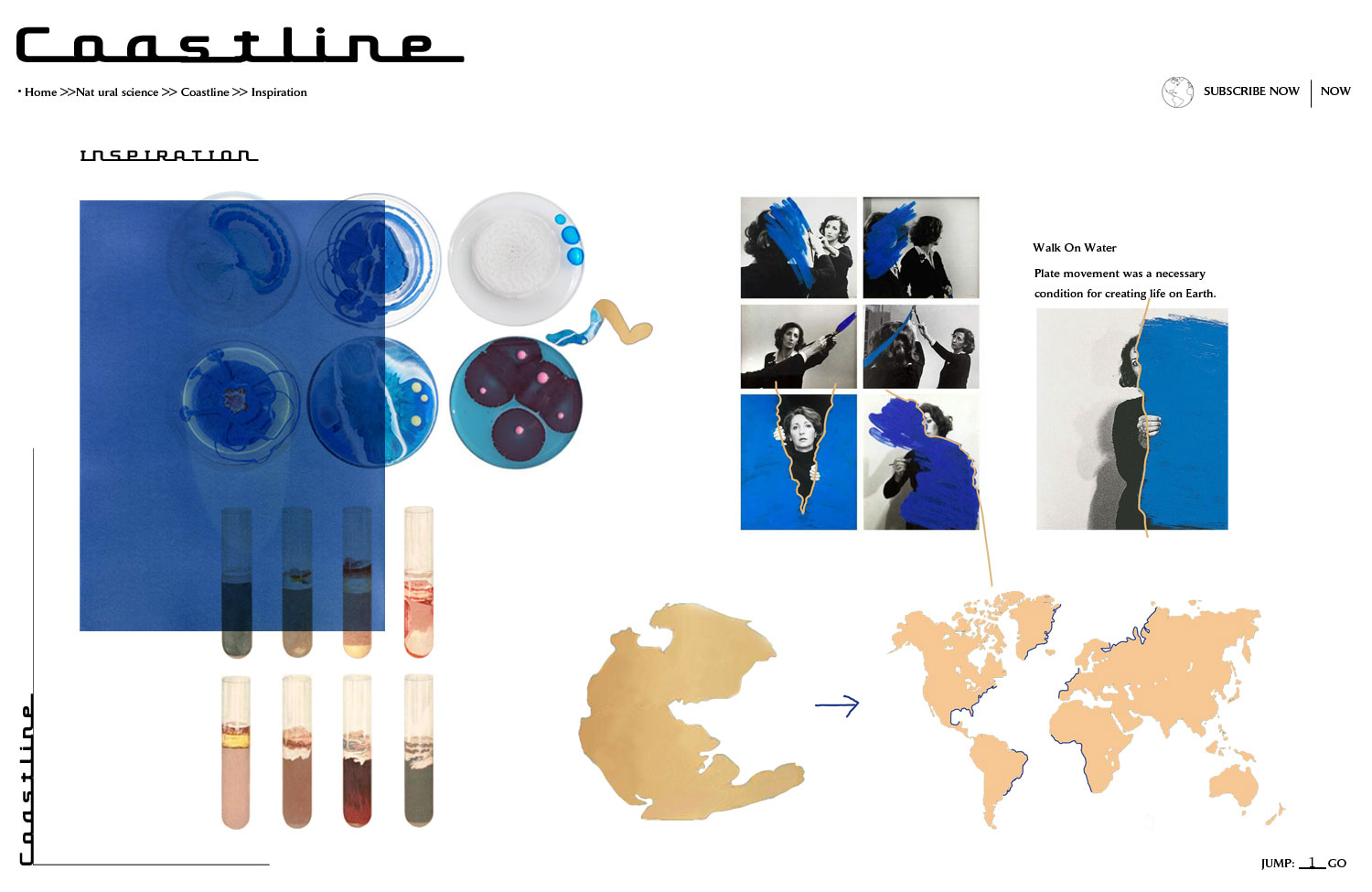 The famous writer Ji De once said: “if you dare not go far from the coast, you will not find a new continent.” Life has existed on the edge of chaos from the beginning. Maybe we can't explore all the possibilities, but without action, we won't know which ones are worth exploring. This boundary is both clear and ambiguous, and the location of the line is determined by the distribution of the ocean and land. The balance here depends on whether we protect resources or not. The beginning of life was that aquatic creatures climbed from the ocean to the land and passed the coastline. The plate started off with just one, and there was only one coastline. Later, plate movement took place, the coastlines coincided with each other, and the plates began to separate. The number of plates has increased and the coastline has increased. 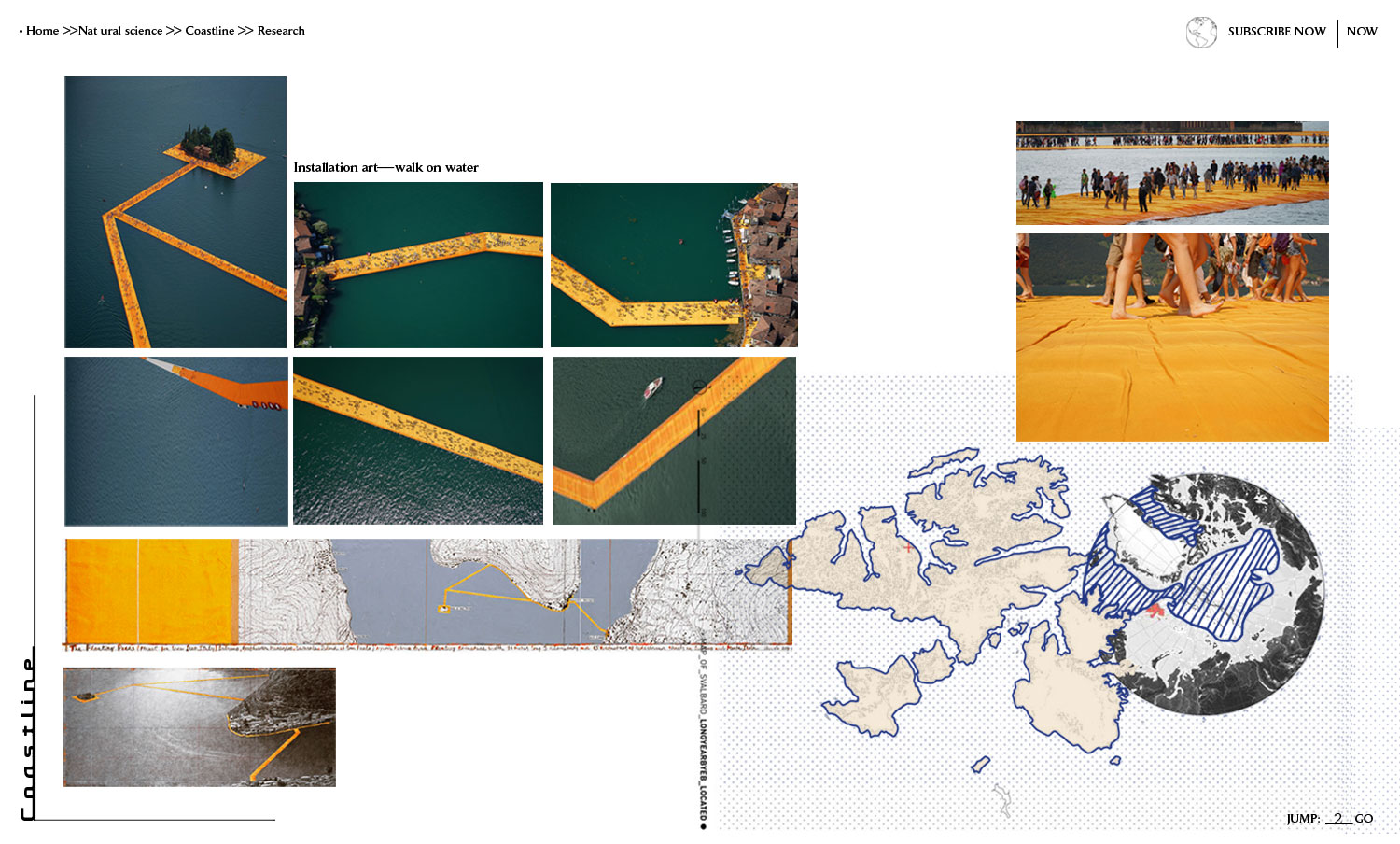 The artist Christo used 220,000 high-density polyethylene pipes to form a floating pier with an area of about 100,000 square meters, which was covered with glittering yellow fabric. This device placed on the surface of the lake will also sway following the fluctuations in the water surface, realizing the idea that people walk on the water. This is a "soft" combination of ocean and land. 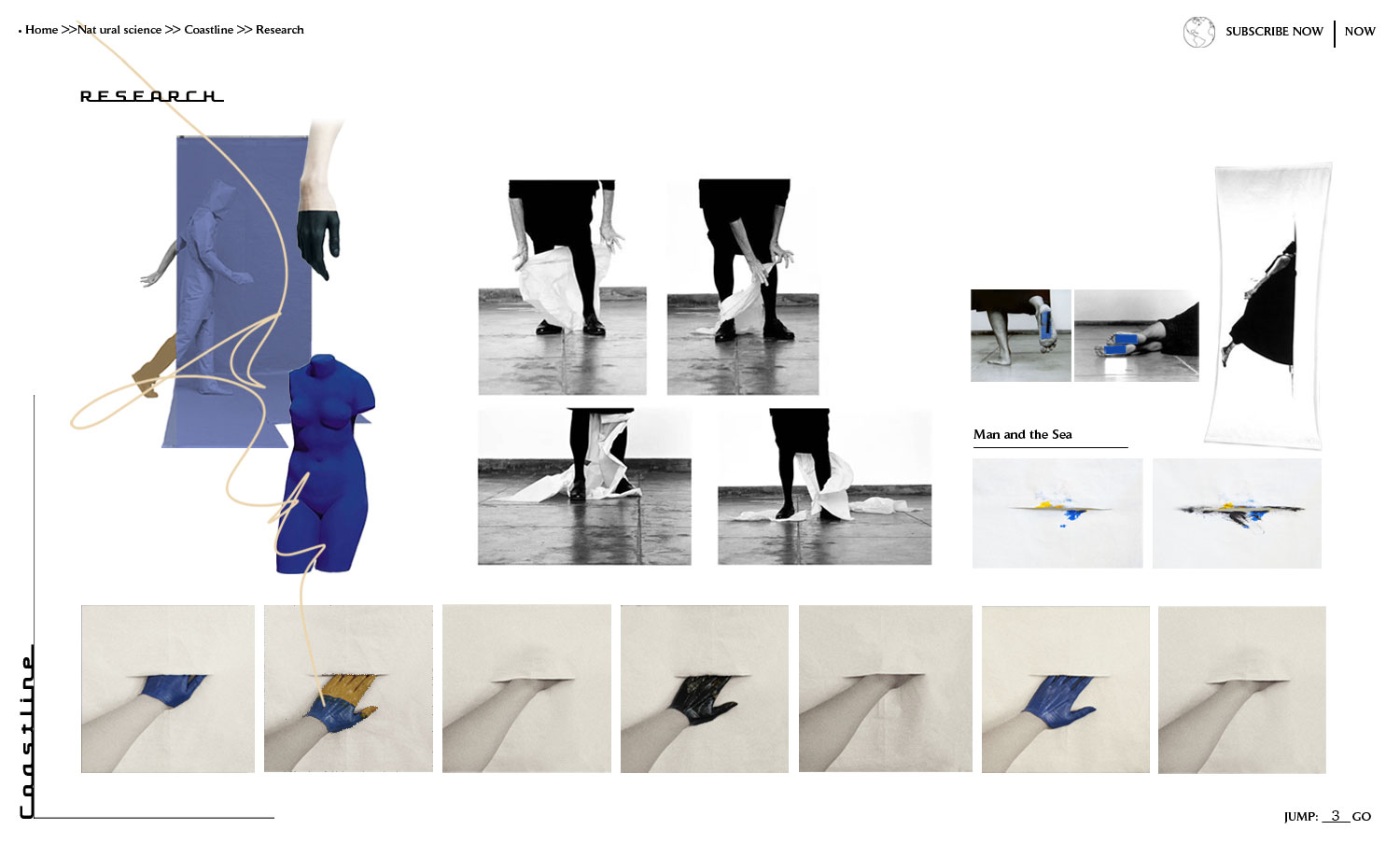 Humans began to yearn for the sea, adventure and freedom, and a large number of navigators appeared. Human beings and the ocean were inextricably linked, from land to shoreline to the ocean, connecting land and sea to find the other side of the coastline. I took a set of photos inspired by the process of ocean exploration from unknown to known to destruction. The state of the hand represents human attitudes toward the ocean; blue represents the ocean; yellow represents the land, and black represents pollution. Every time you reach in, it represents an attempt. 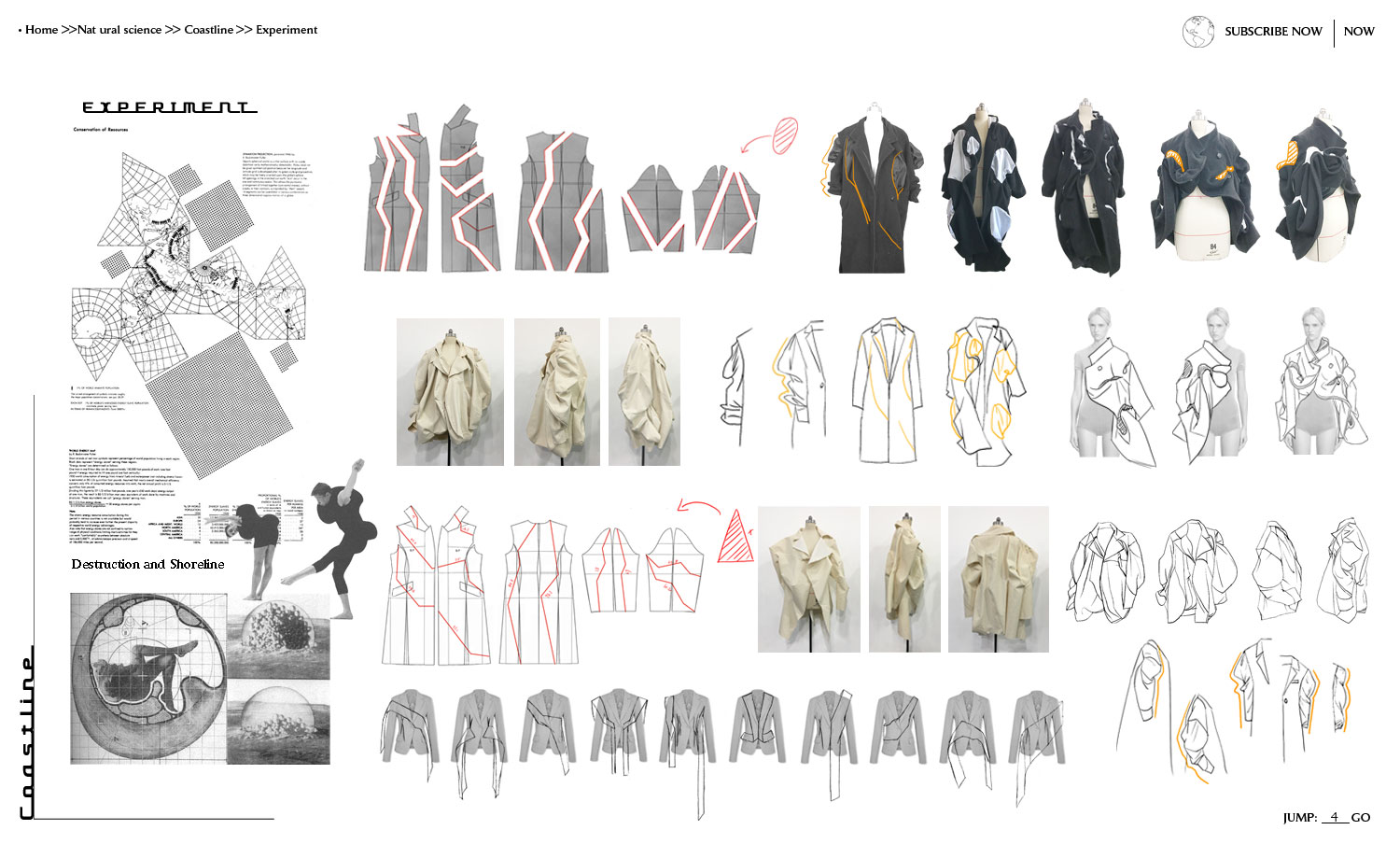 Destruction is a spreading process, which spreads into either life or death after destruction. This destruction is phagocytic and surrounded from the outside to the inside. I continued to destroy the clothing to simulate this devouring. I destructed the important structure of the coat. In the destruction of places, the equal circumference of the circle was interspersed, making the coat like that the bacteria spread on it. The circle was fixed upwards and downwards for the second time after it was fixed. Because the structure has been destroyed and cannot be recovered, overlapping again will produce a different sense of distortion. The twisted lines were extracted as design points for further study. From the shoreline to our temptations on the edge, from unknown to known, from the temptation to breakthrough to destruction, the edges are both clear and fuzzy. It is fuzzy because either side can break this balance and think about moving closer to the favorable side. 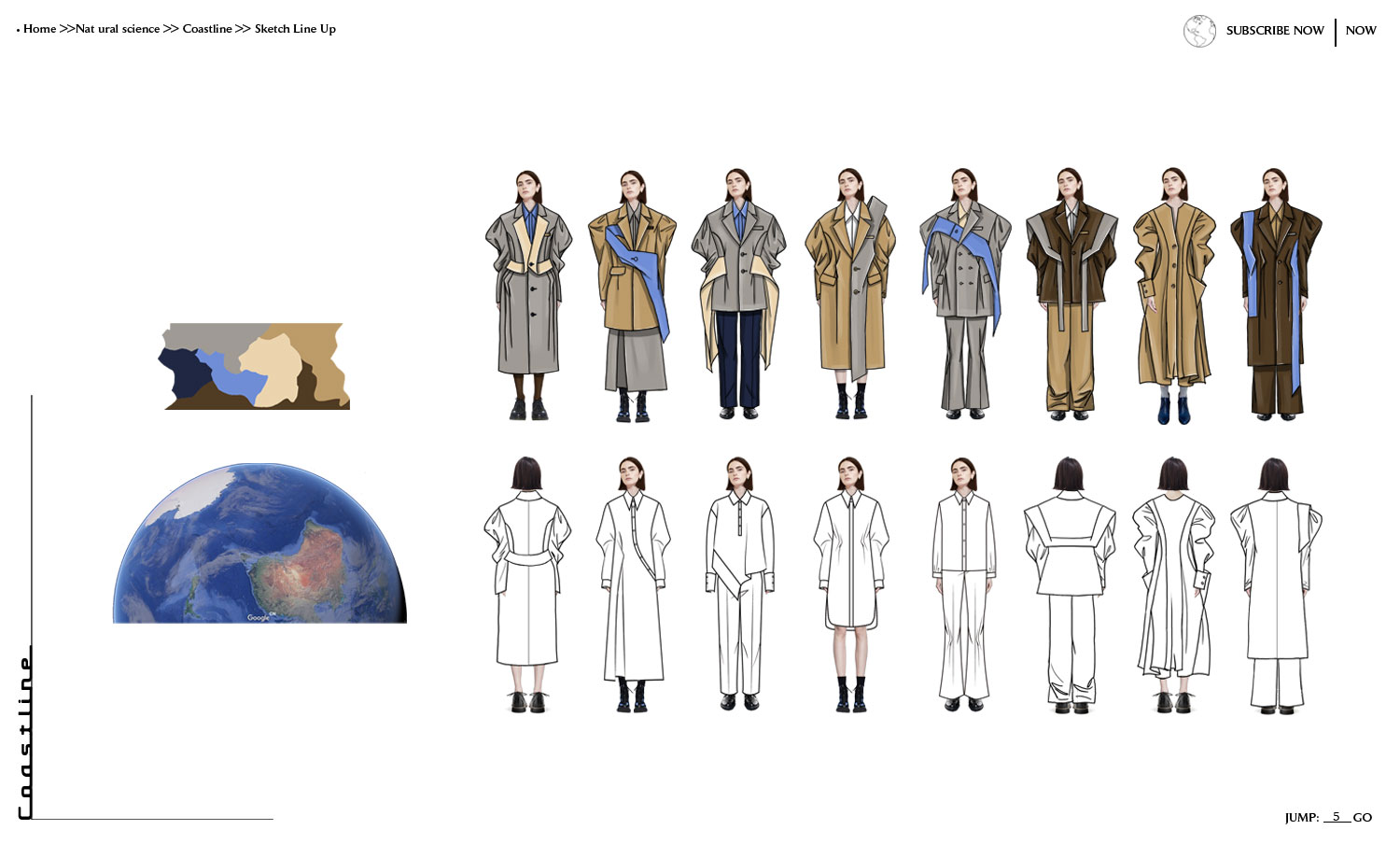 In terms of the color blending, the color of land and sea were extracted. Gray and coffee color were the main colors of the jacket, and the light khaki was used as the embellishment color. In terms of fabrics, conventional cotton was used as the main material, and the thick cotton cloth can help the tortuous "coastline" to be stiff.
?
Top