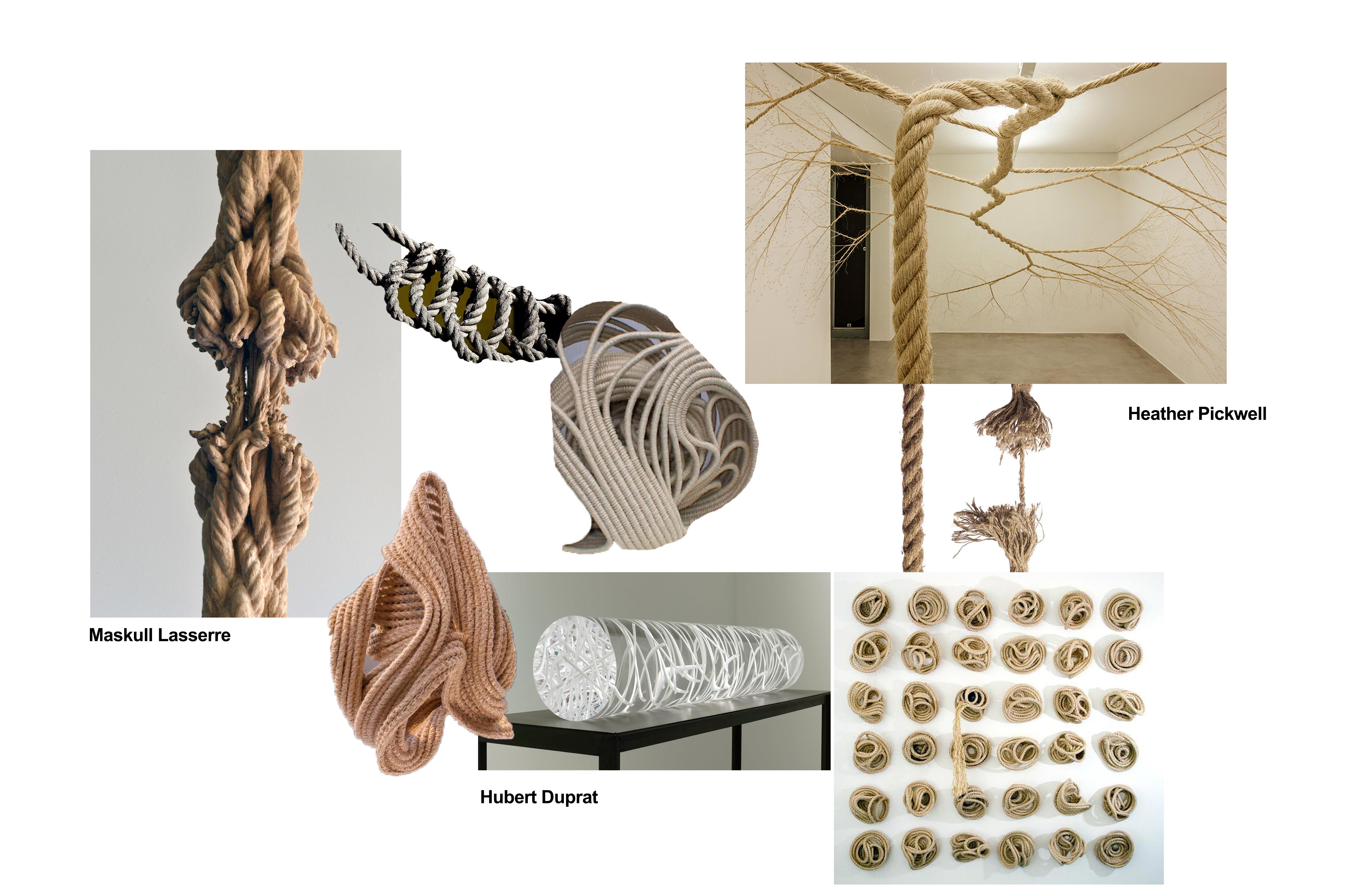 Jing’s work focus particularly on the link, an element of jewellery that is often overlooked. By disassembling the idea of regular ‘rope’, Jing fashions a series of intertwined metal wires made from brass and copper. Furthermore, in the intertwining experiment, the metal wire reveals its extremely vulnerable tensile property. Eventually it breaks, but its fracture still follows the spiral path of the rope. In the end, an order has been created out of chaos.

The initial idea is established around the broken and twisted ropes which are inspired by the technical experiment — to make the ropes to reveal its scale, shape, and form of looseness or tightness. Thus Jing wants to manipulate ropes to present the idea of order and disorder. The rope is a whole made up of several individuals, it has extreme beauty. The rope can be disassembled into vulnerable thread, and it can be united into a stronger individual. The connection method of the rope may be used as a special connection and become stronger in a certain situation of applications. Emotionally, the feeling of the object like rope always exists on the plane and has been ignored by us. In the application of jewellery, the rope only exists as one type of connection, but Jing realised that the rope could become the main carrier of jewellery. Through the experiment and artist research, the rope can only exist in the space when it is twisted, knotted, tied, and hung. The rope produces its shape in the motion of infinitive twisting, but it is difficult for it to become one specific form without external force. So Jing wants to embody the spatial form of the rope permanently, converting this form to metal and using jewellery to illustrate his contact with the human body to produce another kind of spatial beauty. 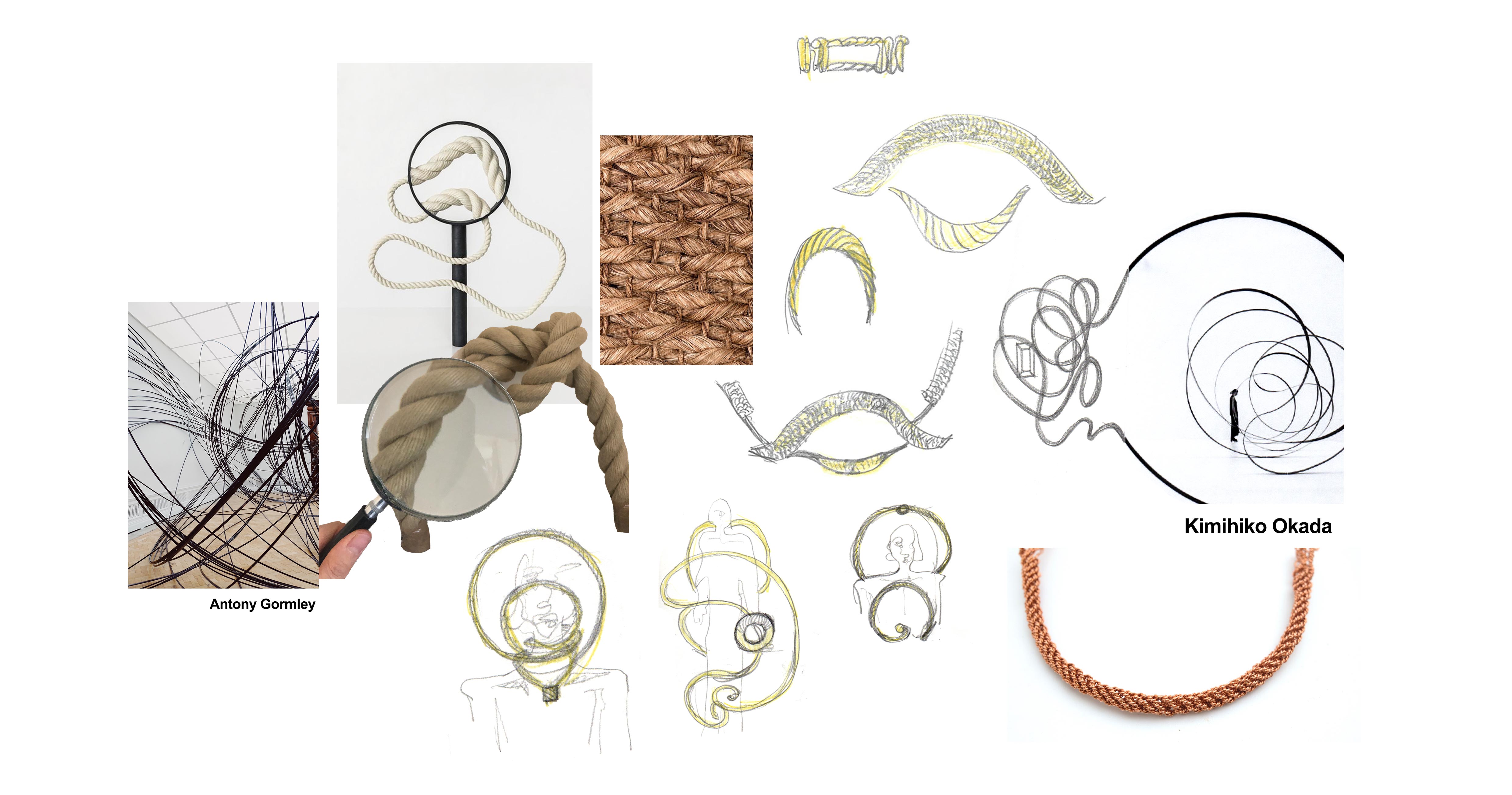 Then the experiment of twisting and texturing rope is considered to become the main focus. And then emotionally, we recognise the deconstruction of rope as a disorder of the objects. In contrast, the idea of rope twisted shows the order in ropes. He simulates the same test on the rope with metal ropes as well. By using the rods to twist, it will show an attractive section cut. The experiments on the texture of the rope have illustrated variably interesting pattern created by many small ropes. For the wearable piece, his ideas are based on the simplicity of wearing. Such as wearing a loose piece on fingers, neck or wrist to create motion around the human body. Throughout the experiment over time, Jing found his collection is to express a sense of order and disorder. In the orderly world, some disorder things are happening, both of which coexist. So the link in between chaos and peace is being discussed by the audience through the collection. As the rope, which is originally known as the link of jewellery, become the main theme of these spatial sculptures; the human body constructs them in the air. Its blossoms pattern of the metal ropes represents the sense of chaos after peace. However, the order comes first with regular twisting form, which represents the connection or relationship intertwined that could be explained in the universe. 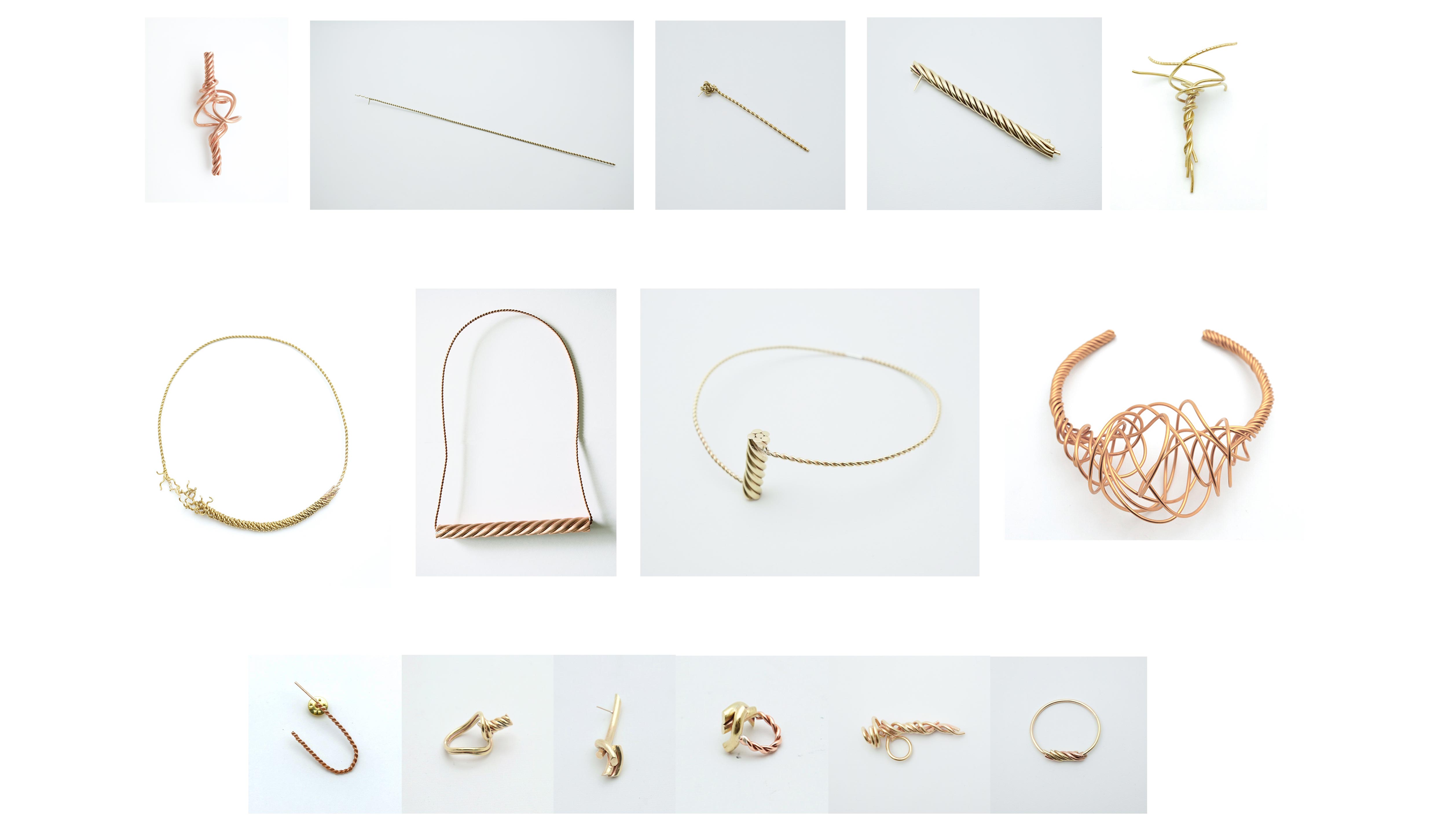