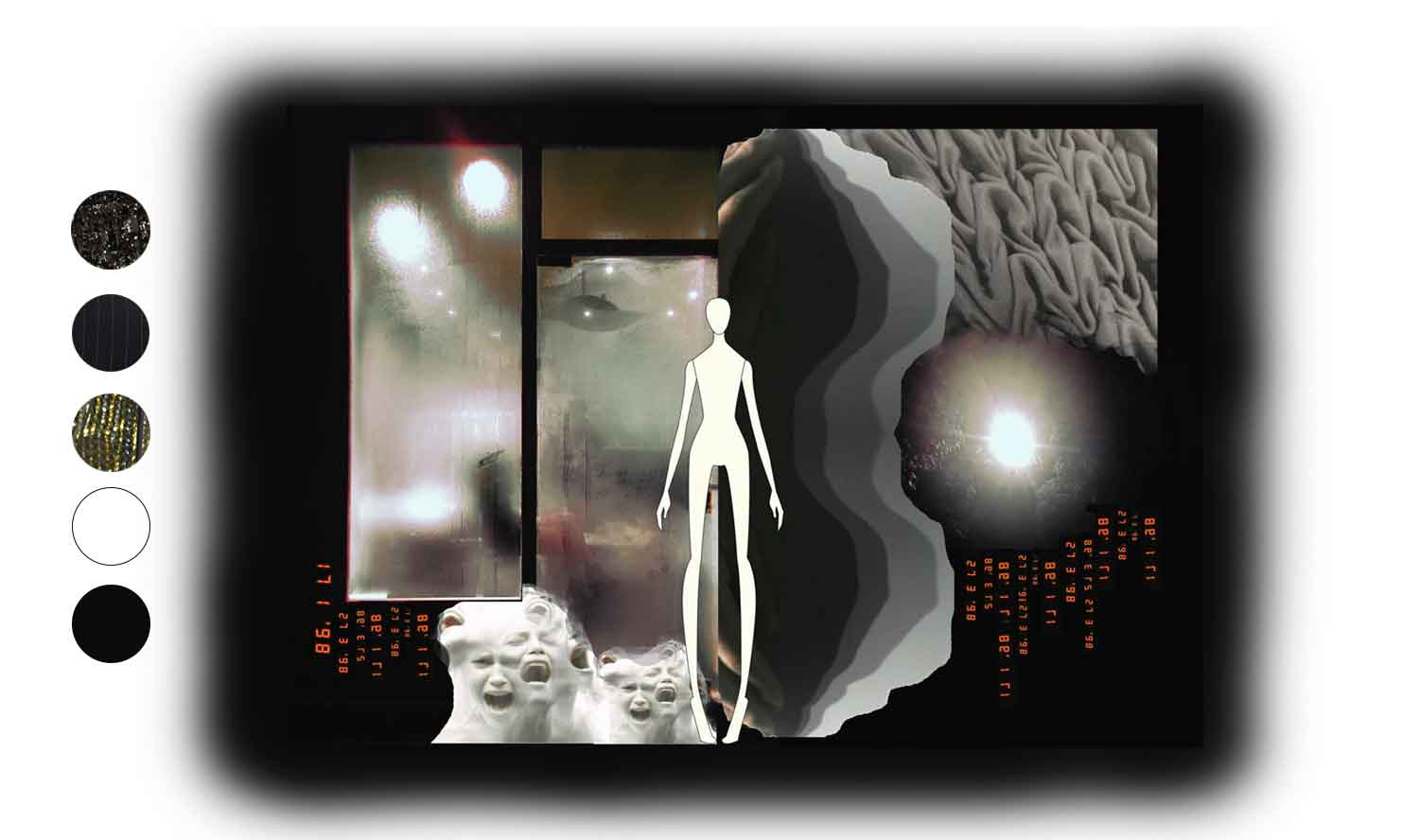 Finding its focus in the realm of emotion, Joash’s collection Ephemera delves deep into the mental abyss of dark emotional states, evoking imagery of shadowy spectres used to represent the states of depression. Defying the restrictions of 2-dimensional pattern-making, the garments distort the female frame, contorting natural proportions to connote the visuals of the clothing being possessed. 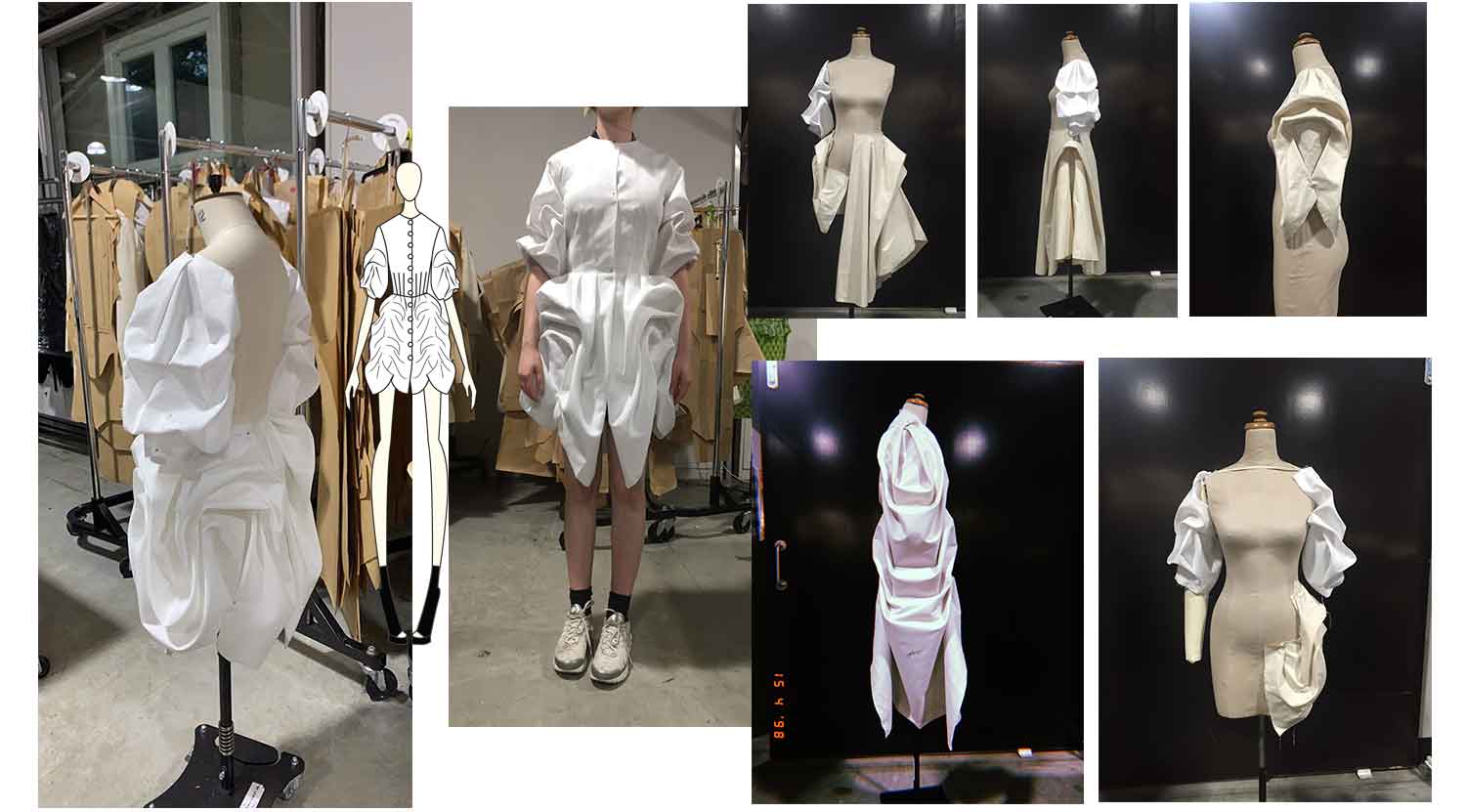 Through a combination of couture draping and savoire faire tailoring, the immaterial darkness is materialised in silhouettes that extend the boundaries of the body, emphasising a strained architecture that bend the fabric to mimic the fluidity of flowing shadows. Protective and insulating, with curved lines and folds that generate a feeling of guarded femininity, the garments are at the same time familiar but disconnected in their other-worldly elegance, shrouded in an unnatural iridescence, offering its audiences a glimpse in the ephemerality of emotion. However, in opting for a less radicle expression of emotion, these almost anthropomorphic folds are contrasted with an element of tailored sobriety.

In Illustrating life with these invisible demons, the choice of a subtler distortion illustrates the reality of one afflicted with mental disability, one in which rationality is altered person to the point where both physical and mental disruptions in everyday artefacts can be made mute through a distorted sense of logic. Strain, The Stranger, Gargoyle, just a few of the names selected amongst the lineup that reflect monikers given to one’s self when in the dark mental void.

Akin to an exorcism, the names given would give the pieces a loose guideline which would inform the drape, cut and placement of the manipulation, almost as if we were giving these invisible demons a corporal form in which the audience may identify them in amongst the ephemeral abyss. 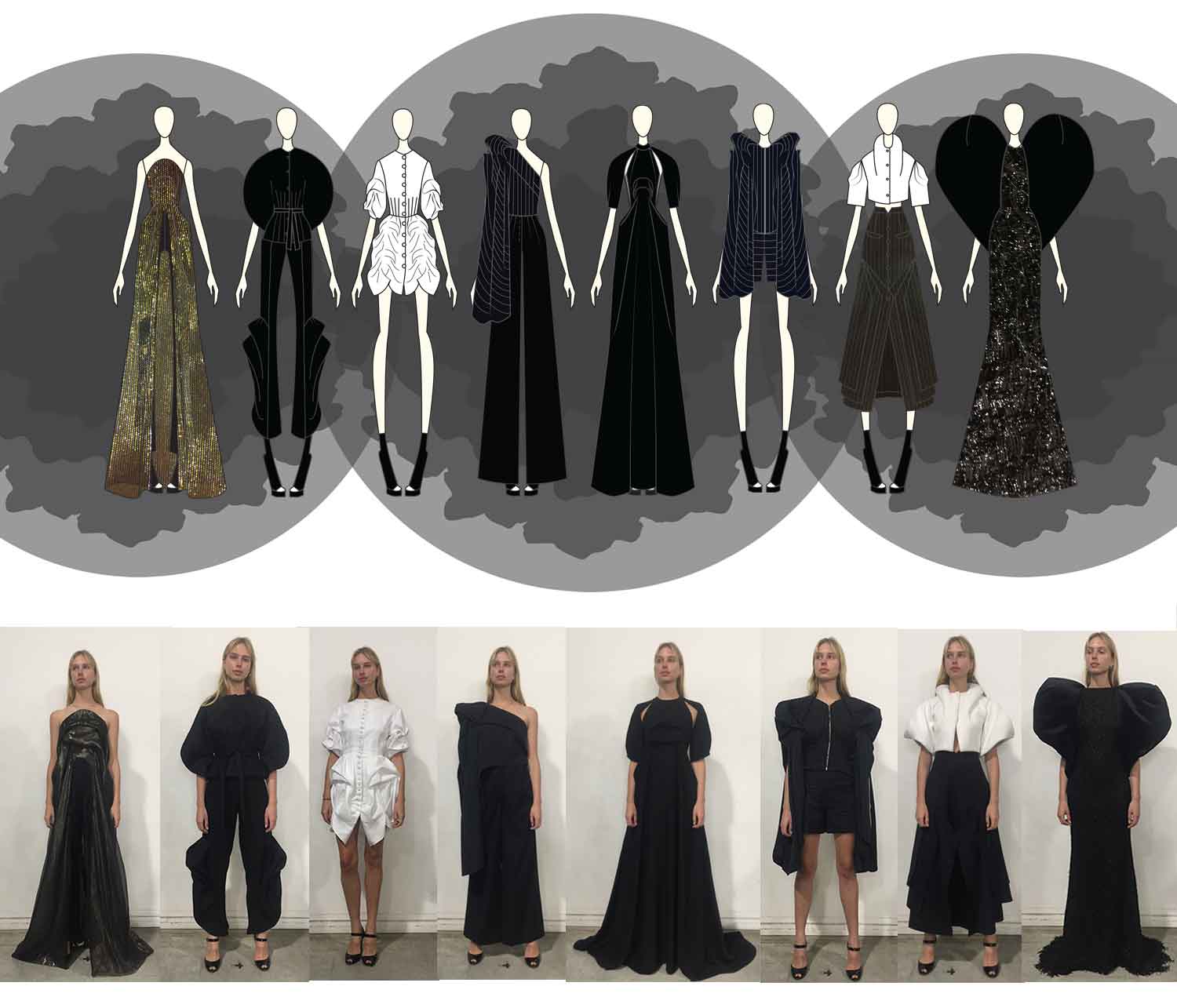