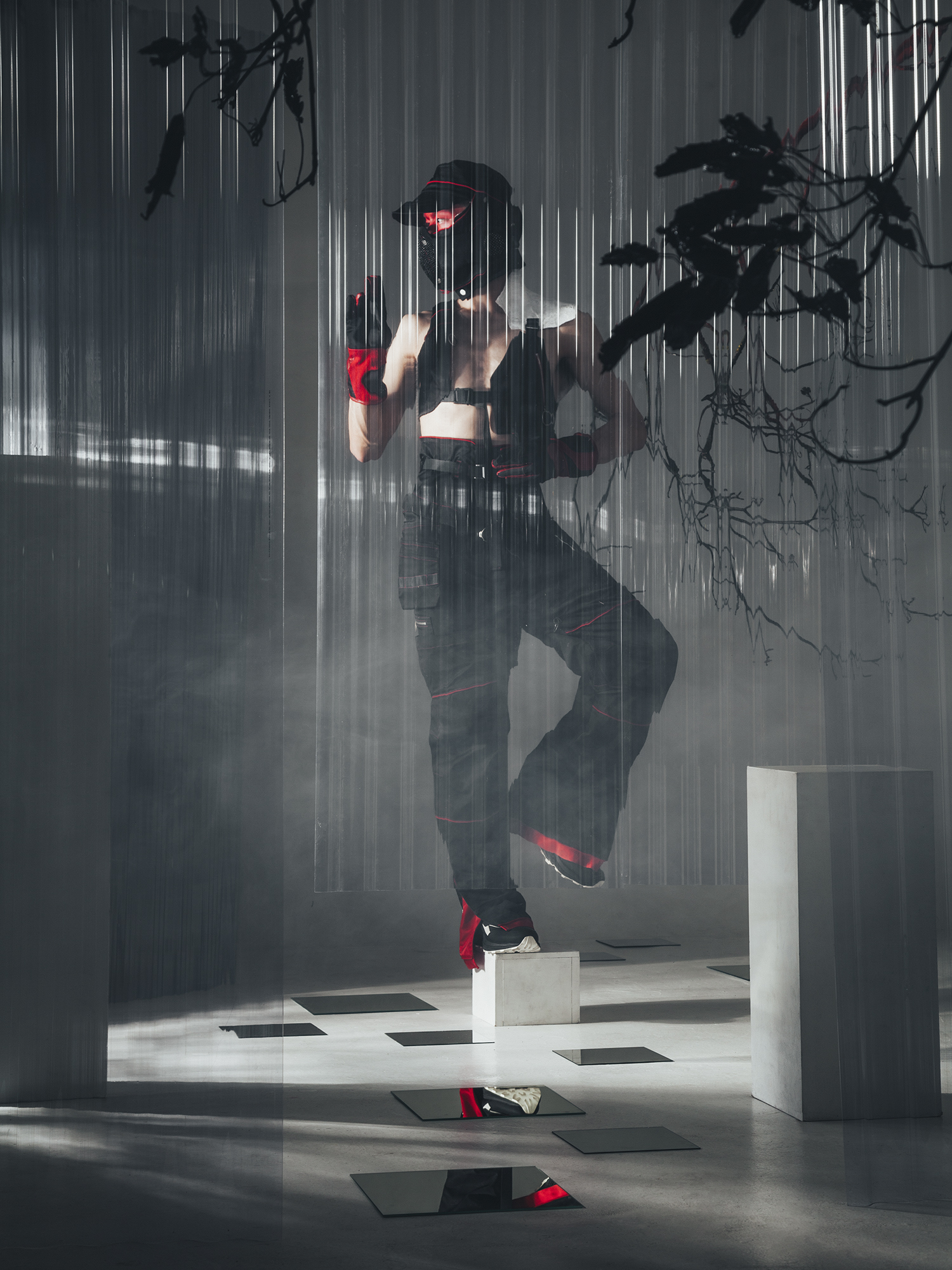 
Kai Zhan graduated from the department of architecture of Sichuan University in 2016 and completed a master degree in fashion menswear at Royal College of Art in 2019.
Kai is a cross-border practitioner. Fashion, video, installation, and performance have all become his creative medium.
His research on aesthetics is based on the genes of architecture. Reorganising structuralism and art in different fields, and reinterpreting and redefining existing concepts, Kai’s work is concealed and non-narrative continuity. 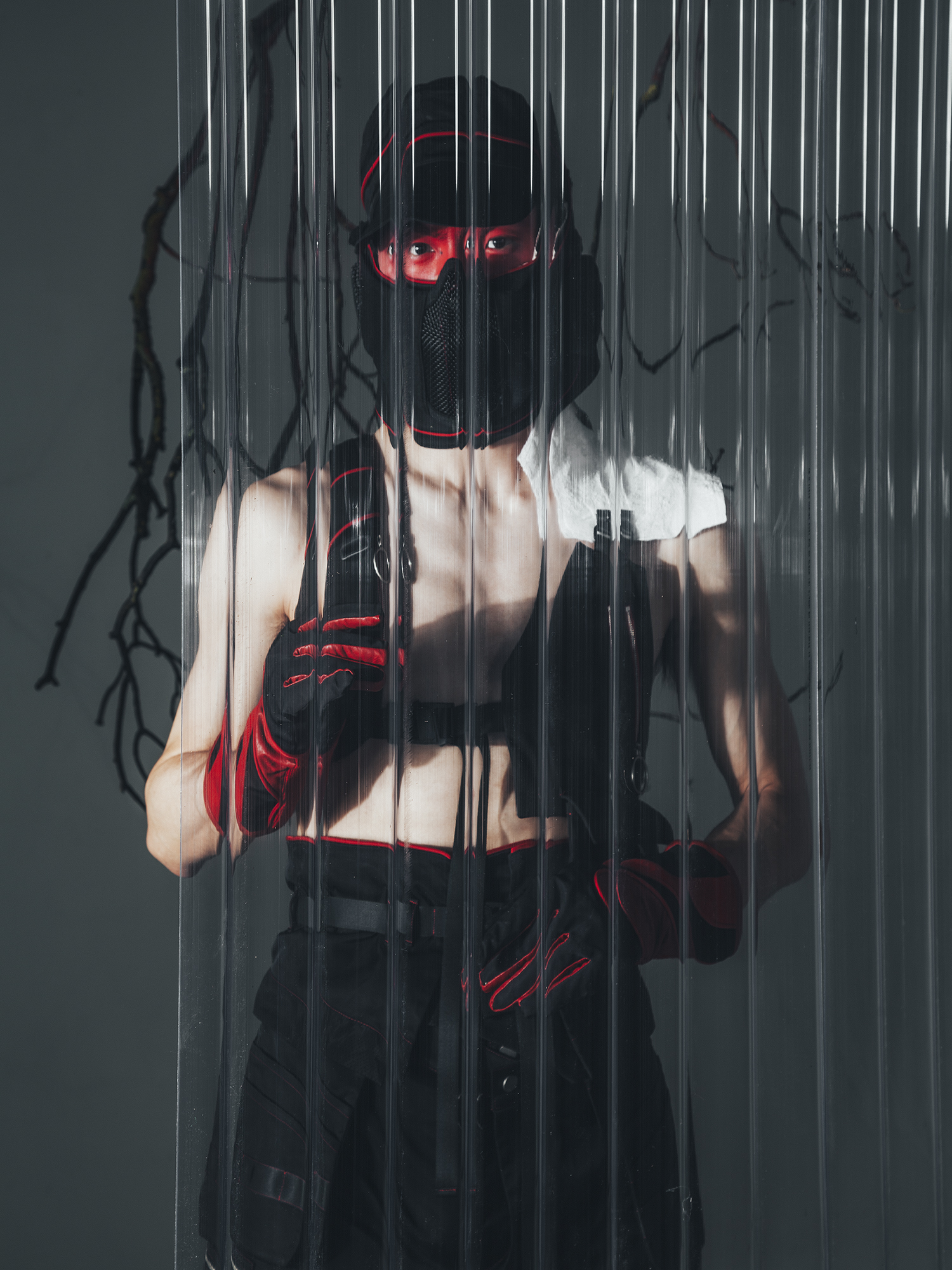 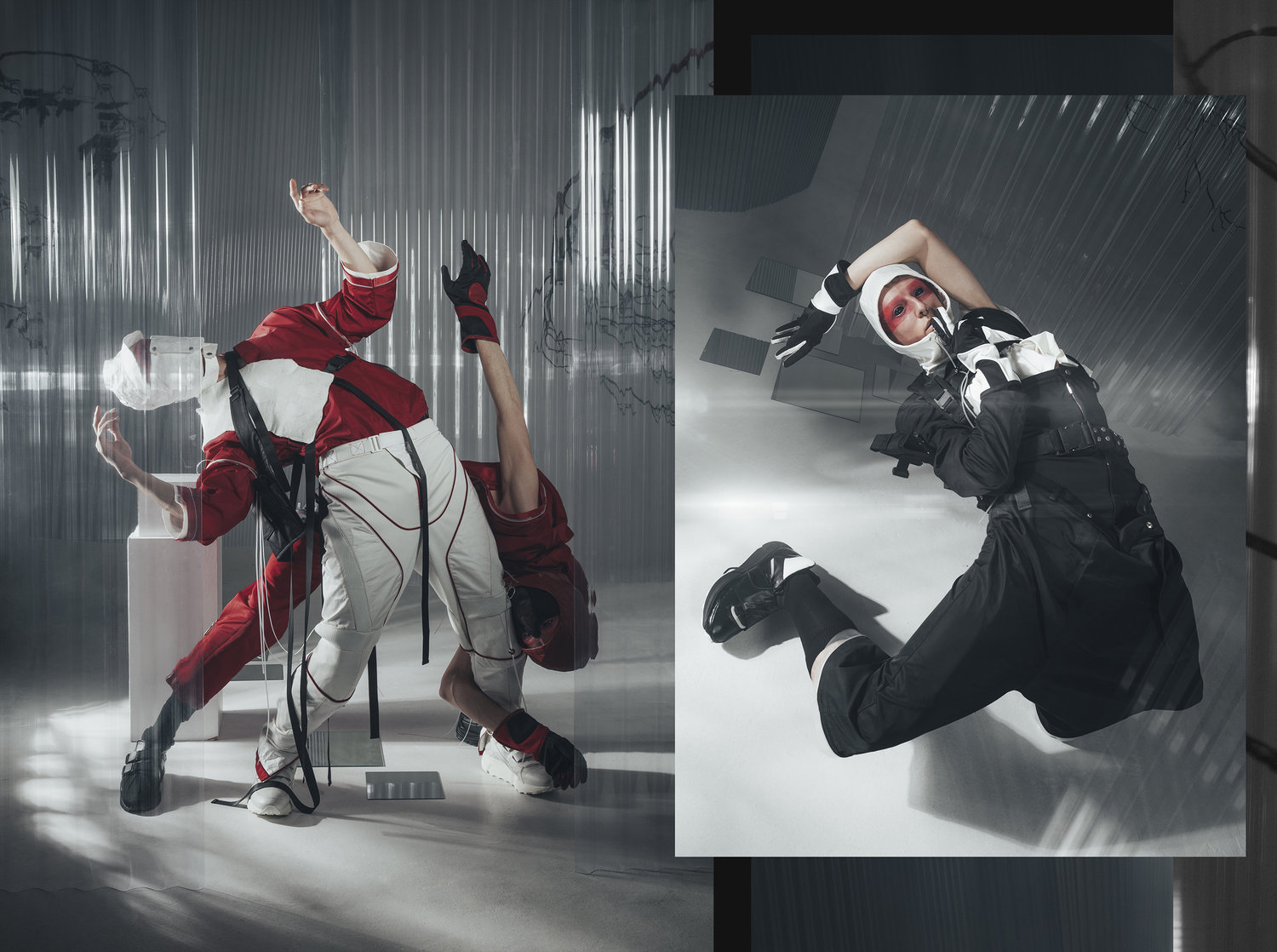 Facing with the works directly, we can always find humanism hidden under the cold appearance.
He explores the similarities between post-humanism and Buddhism through Asian tribalism while and in doing so, establishing an Eastern aesthetic in a Western context. His works also indirectly express religion, bondage, rebellion, human rights and the future. 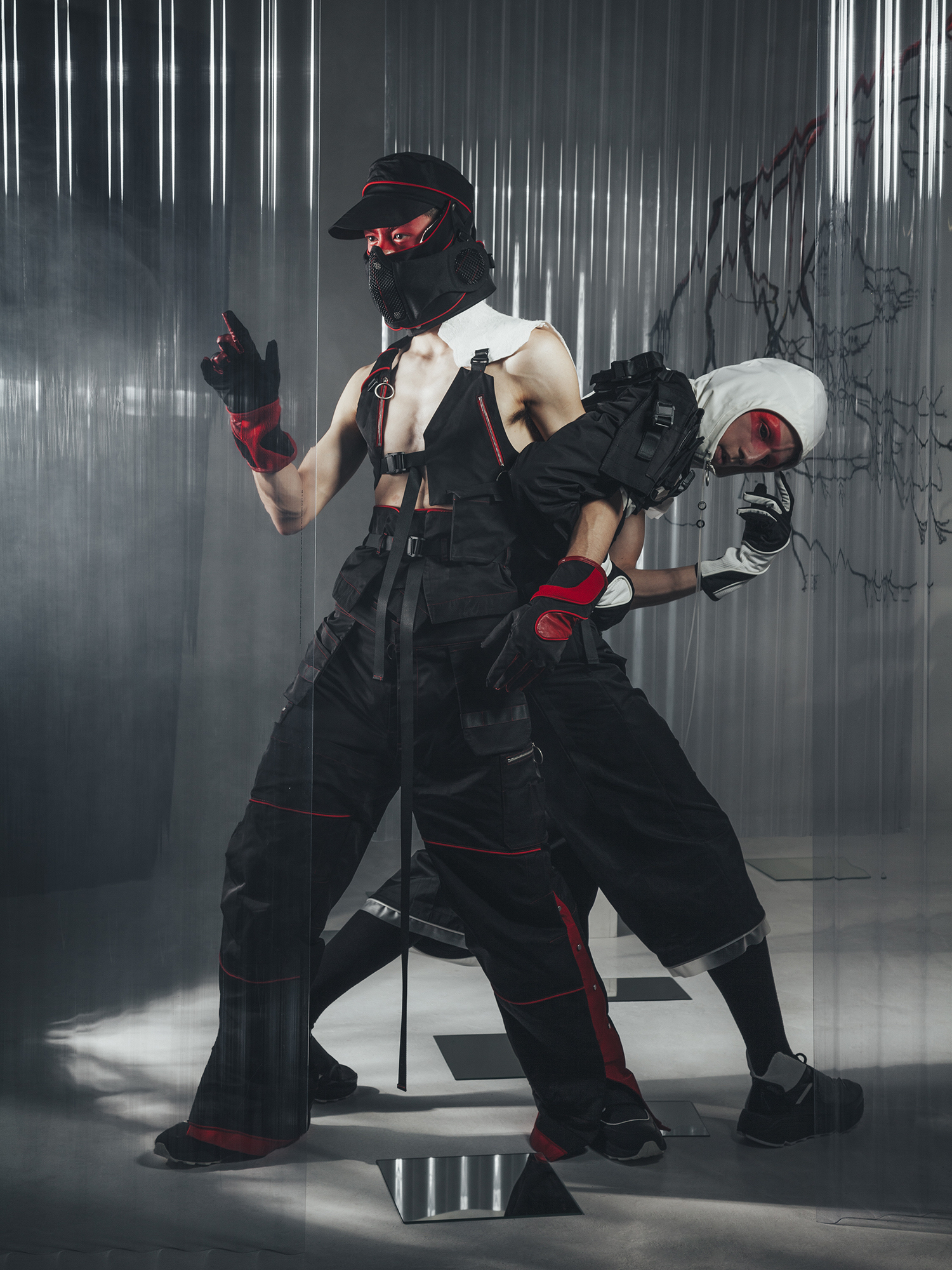 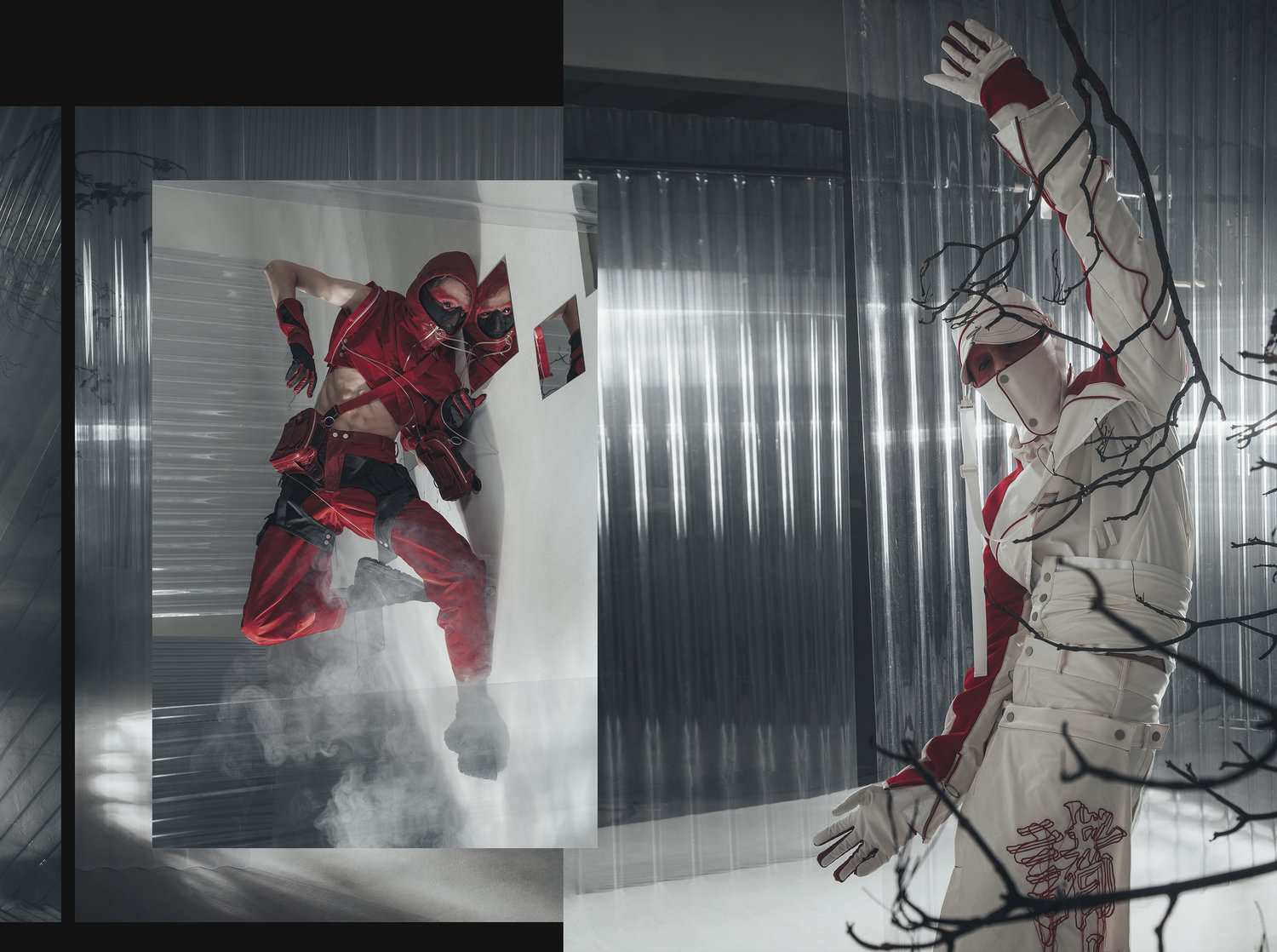 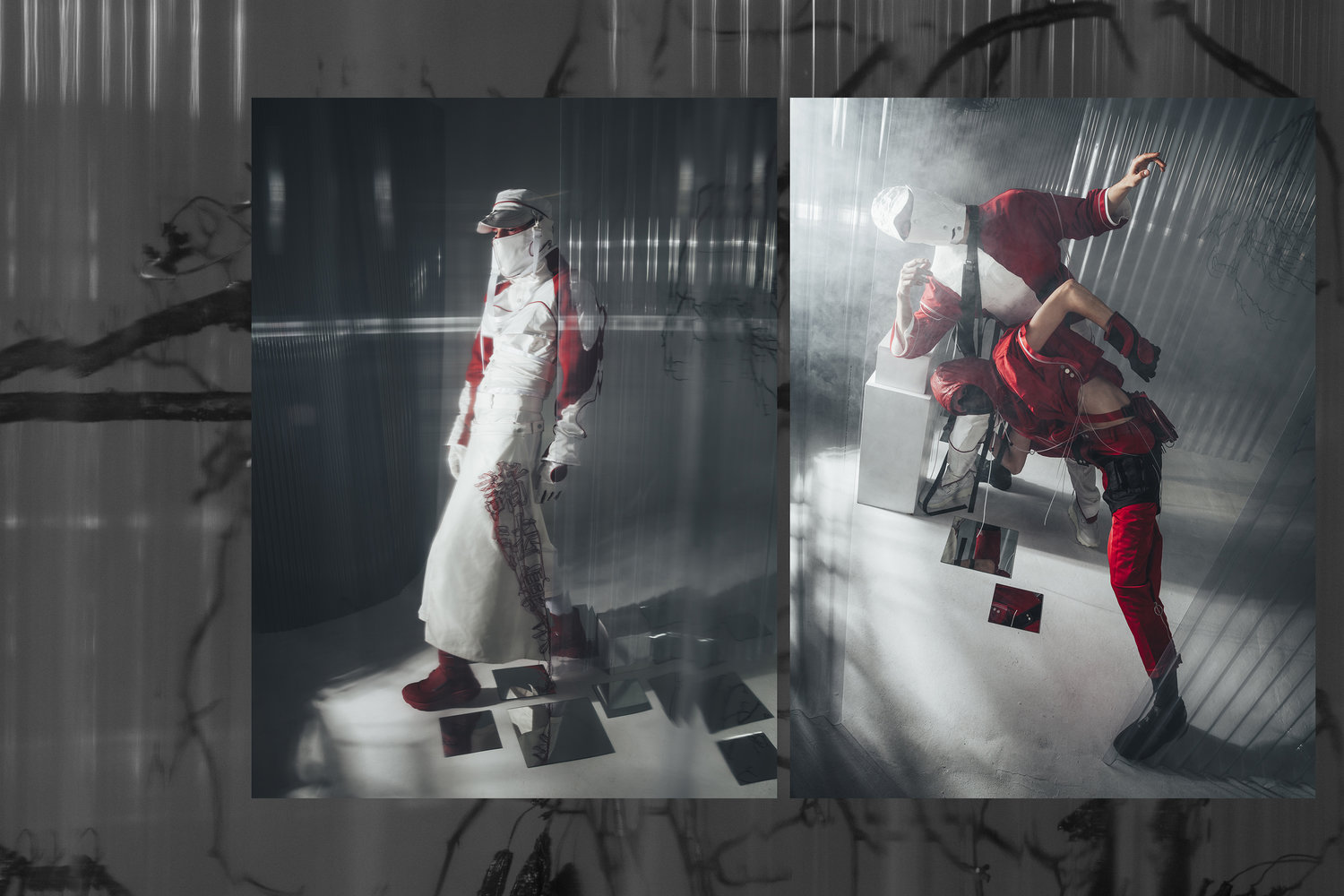 Eastern silhouettes and intricate embroideries are fused with functional and technically detailed garments. His collection was inspired by Donna Haraway's 'A Cyborg Manifesto', which sheds a light on the breakdown of boundaries between physical and non-physical, allowing the cyborg-myth to be born. Kai saw striking parallels between the post-humanist theory and Buddhism. Buddhists believe that we have multiple bodies, and we could leave our physical body behind through meditation, and in doing so breaking the frontier between physical and non-physical.