X
This site uses cookies to provide and improve your shopping experience. If you want to benefit from this improved service, please opt-in.
More Info
Accept Cookies
JOIN HERE
FREE SHIPPING WORLDWIDE
FREE RETURNS WORLDWIDE
MINI STUDIO: The story of the lost VHS and the vulnerable archivist experimental documentary Director’s statement [extract] As a kid (in the early 2000s), I participated in the Lebanese kids show Mini Studio, broadcasted from Murr TV (MTV) Studios in Beirut. Thinking back about this show, I became interested in its particular identity: a 30 years-old programme from Beirut, accessible to children in all the MENA area and around the world thanks to satellite television, along with the use of 3 interlaced languages (French, Arabic and English) in broadcasts. 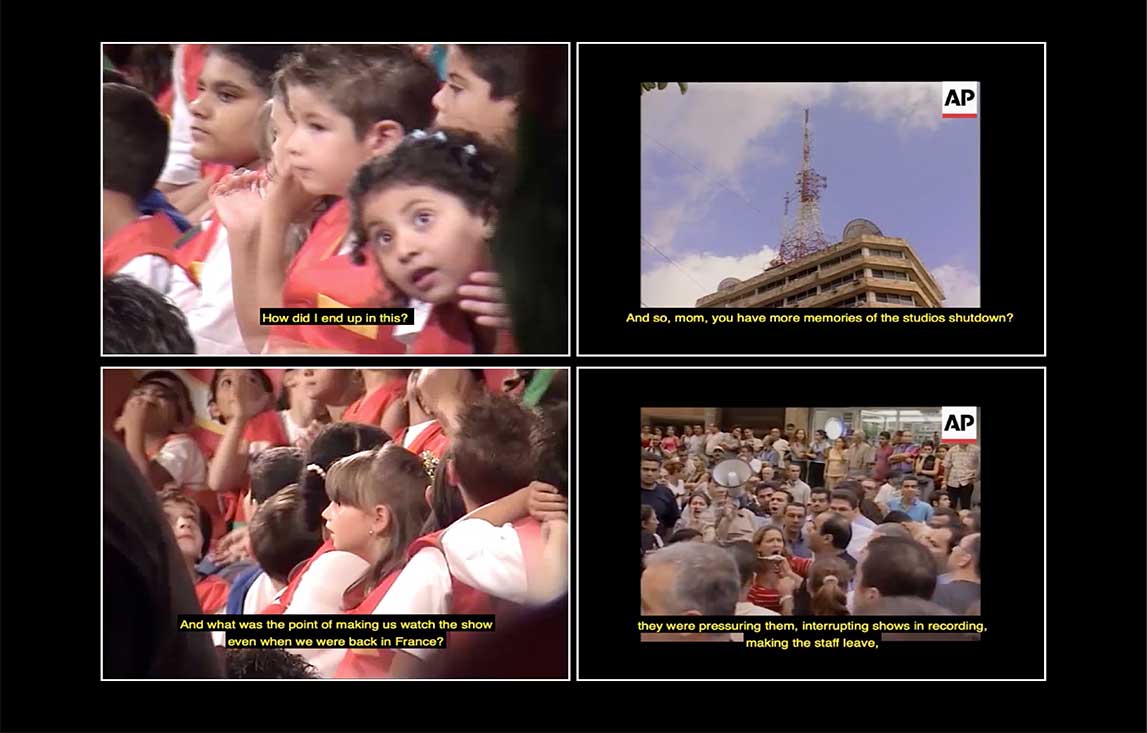 It is also 22 musicals, 300 characters, 220 songs, summer camps, shopping mall activations, parties… It was a ‘first’ in the Middle-East, a cultural anchor for kids in the region, including the ones part of its diaspora. Appearing just after the war ended in 1990, this show’s birth was more than unlikely. How do you address an audience of children who are potentially traumatized and/or growing up in always conflicting geopolitical situations? My investigation started from a 6 minutes home video of my 5-year-old-self partaking in this show. Filmed sneakily backstage, this short ‘life extract’ triggered an observation from my parents: “You know this episode never made it on TV, right?” A small comment which set me on a quest to find out what happened to this episode’s tape and why it never got broadcasted. 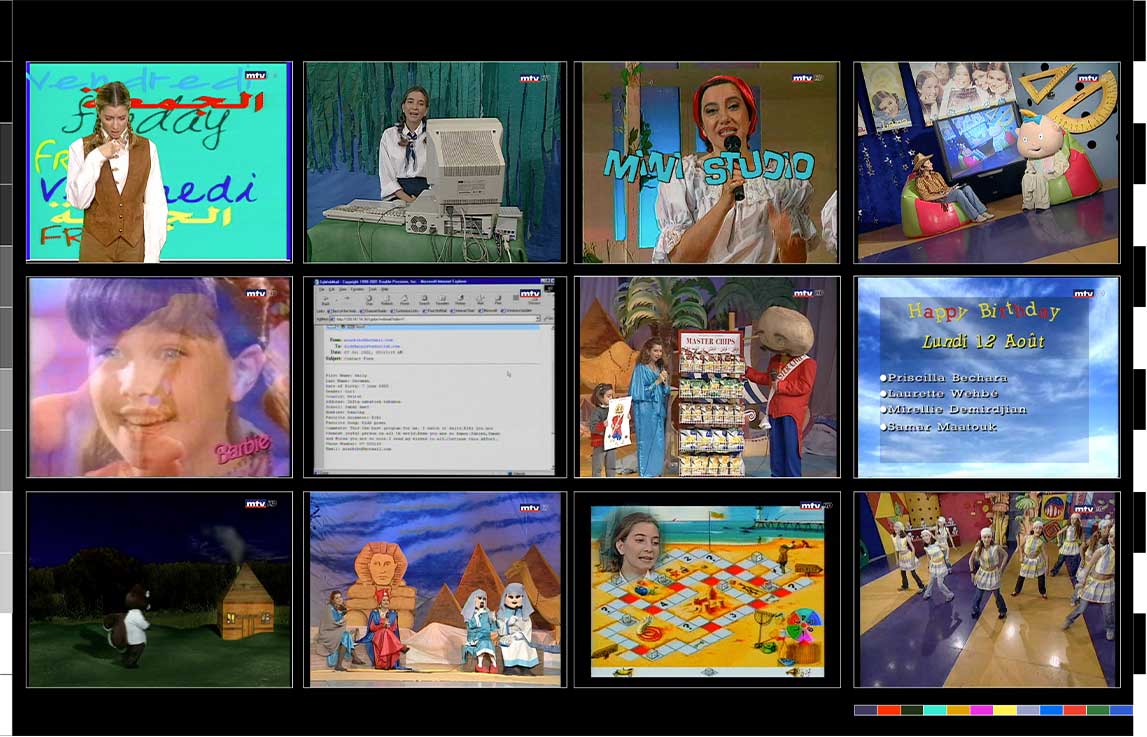 I have translated this archival enquiry around Mini Studio’s story into an experimental documentary, focusing my research between 1992 and 2002. Many of the recordings from that period were erased or destroyed with MTV’s forced shutdown in 2002*. The archival material is really sparse and full of gaps. I nourished it with testimonials from people who were creators and/or televiewers of the program, documentations of the geopolitical context surrounding it, along with exchanges around Arab Futurism (imagining speculative narratives for a generation seeking out a “better life”). Through this investigation, I attempt to tackle the subjects of diasporic identity construction and censorship/tensions in children’s TV. 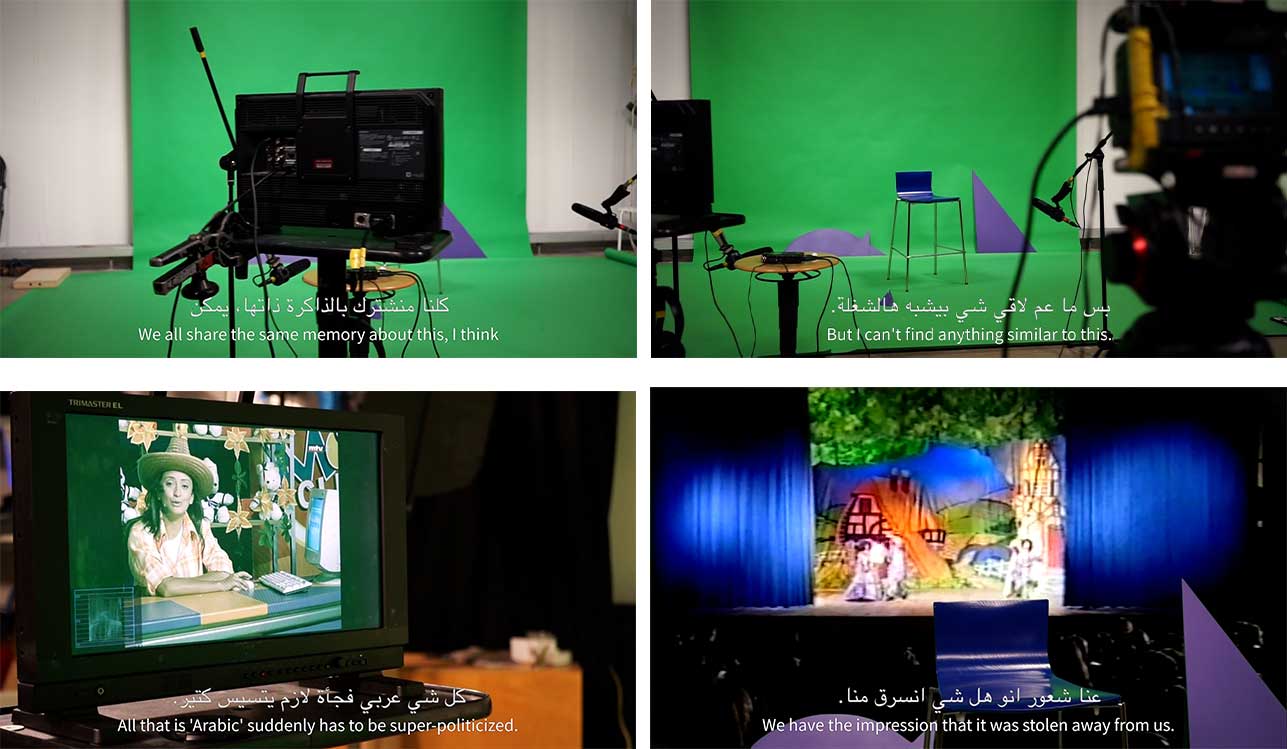 By using nostalgia as a universal thread for sharing this story and Mini Studio as a case study to catalyse my inquiries, I attempt to instigate a conversation rather than putting a specific show ‘on trial’. For official release and screenings updates, follow @louise_gholam on instagram or visit louisegholam.com. *due to Political opposition between this independent channel and the government.
?
Top