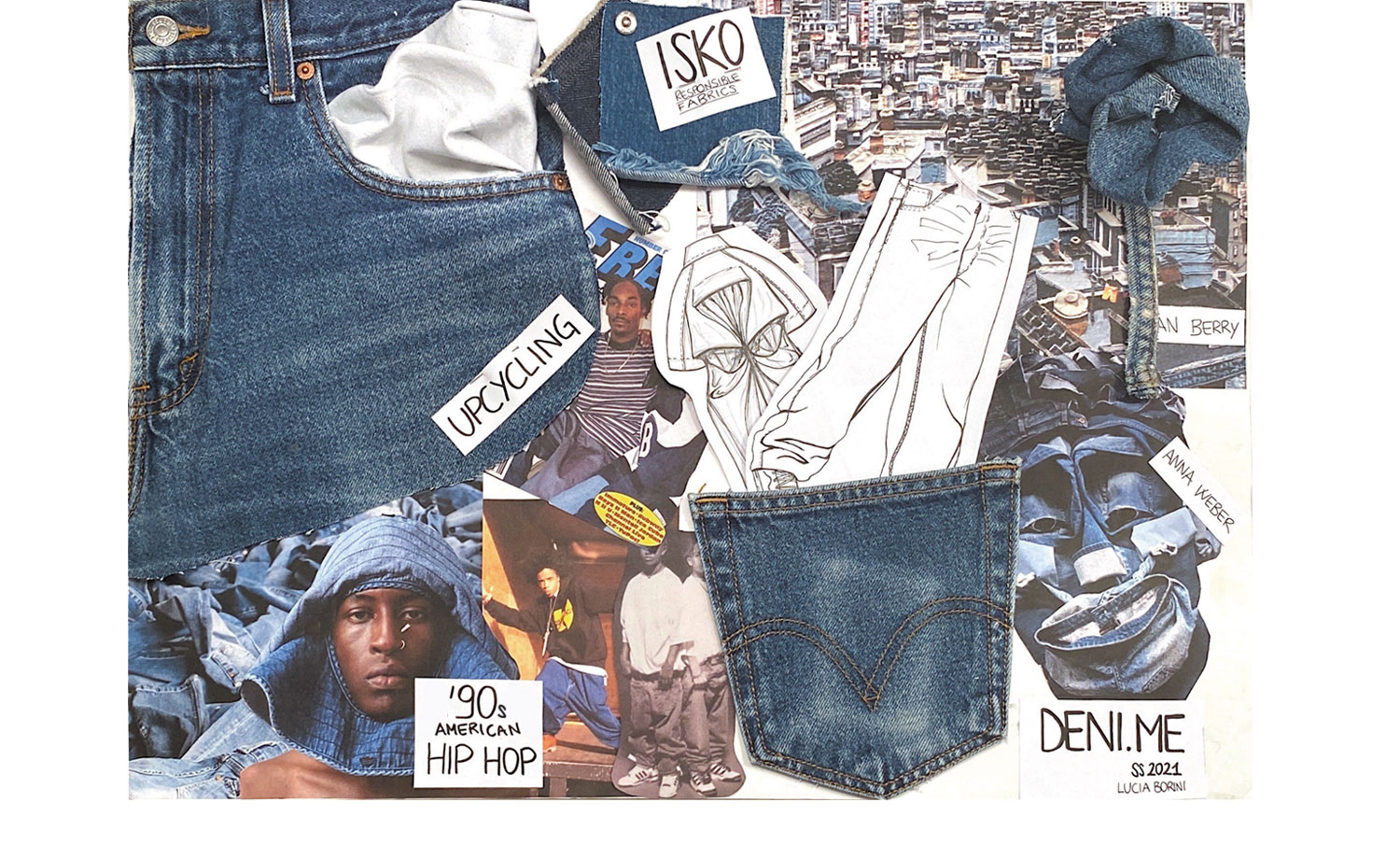 Lucia Borini’s graduate collection ‘DENI.ME’ is made entirely of denim fabric. The main inspirations of the collection are the ‘90s American Hip Hop culture and the work of two artists, named Ian Berry and Anna Weber, from which she took inspiration for the recycling of materials, converted into something new. 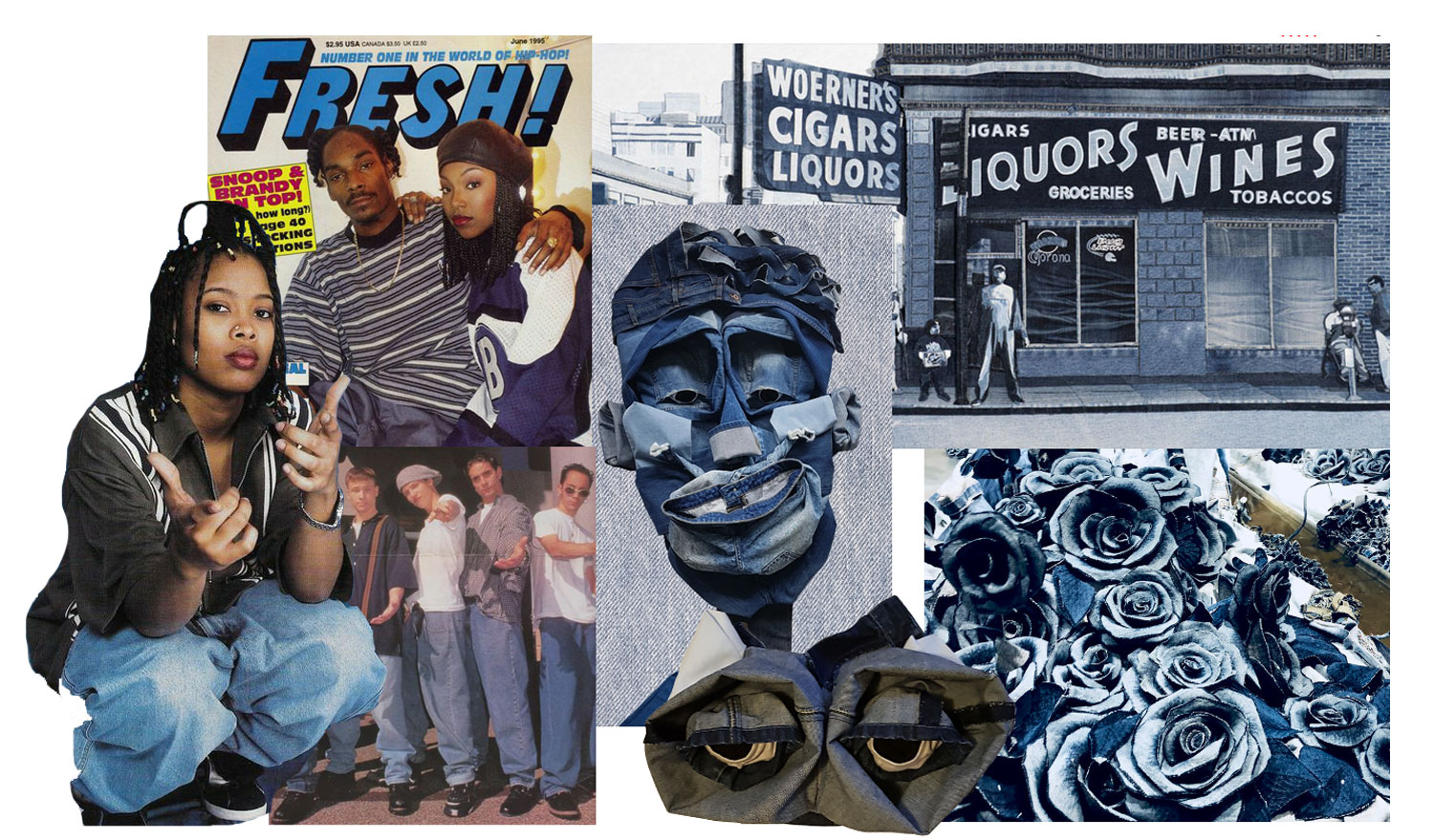 The materials she used are "responsible" denim, supplied by the ISKO company, and recycled materials, such as old jeans and vintage garments, which, through an operation of Upcycling, have been cut and adapted to make the outfits of this collection. Particular attention has been given to outerwear, which are the garments that most stand out in the panorama of the entire collection. All of them present a work of experimentation with the mannequin, which has allowed to find new volumes and new lines that give character to individual garments, from silhouettes to details and applications. 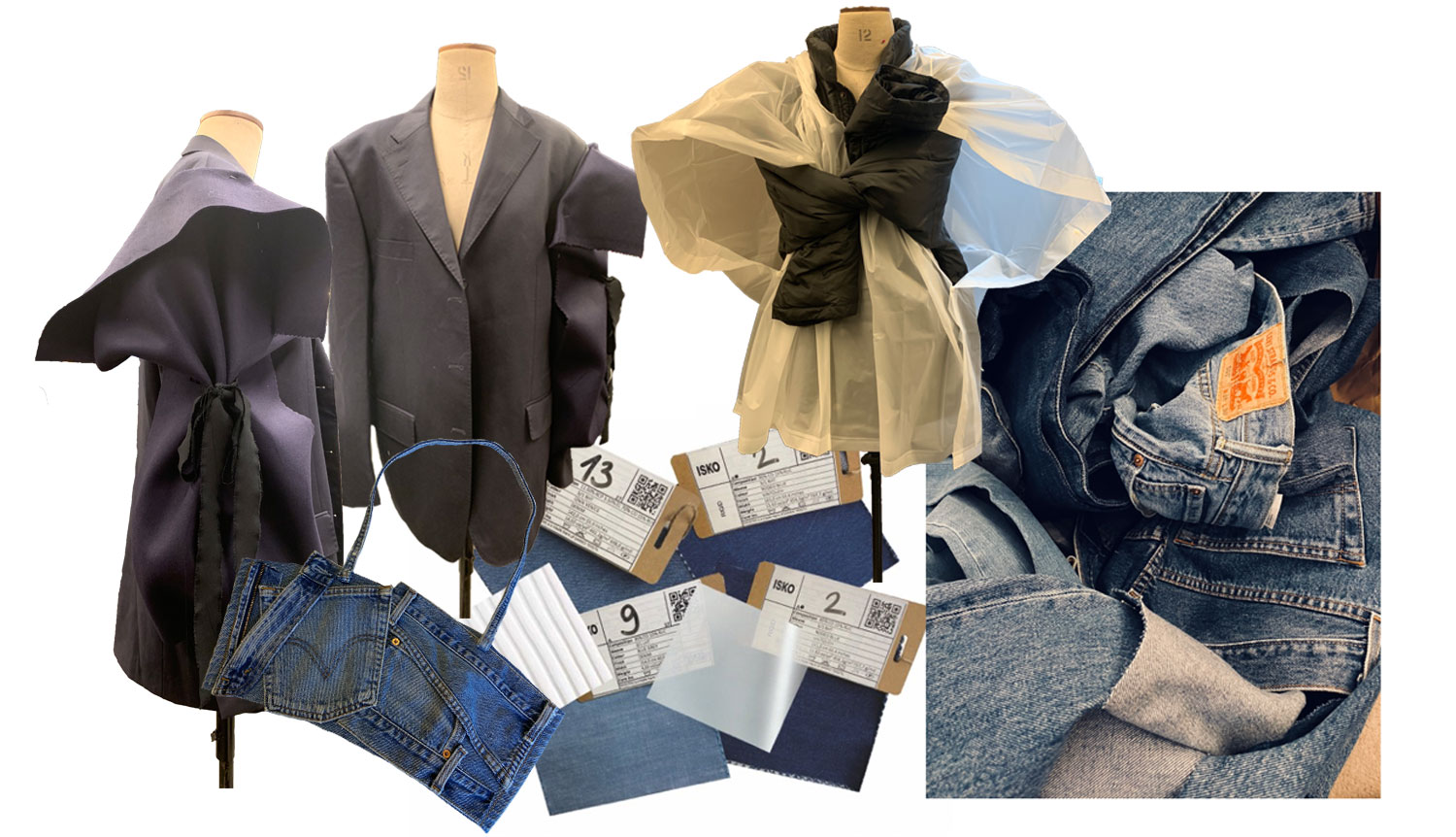 The outfits are the result of a combination of women’s and men’s fashion. The lines and volumes of this collection, mainly oversized, follow the male fit model, such as jeans, mostly "baggy", made on a paper model built on an old jeans for men. In addition, from the male world was also extracted a typical garment such as the underwear boxer, which, made visible by low-rise jeans, recalls the typical hip hop fashion of the time. On the other hand, references to the female world are given by details, such as bows and roses, handmade with denim scraps, or even recreated by folding a jeans on itself, and purely feminine garments such as skirt and tops. 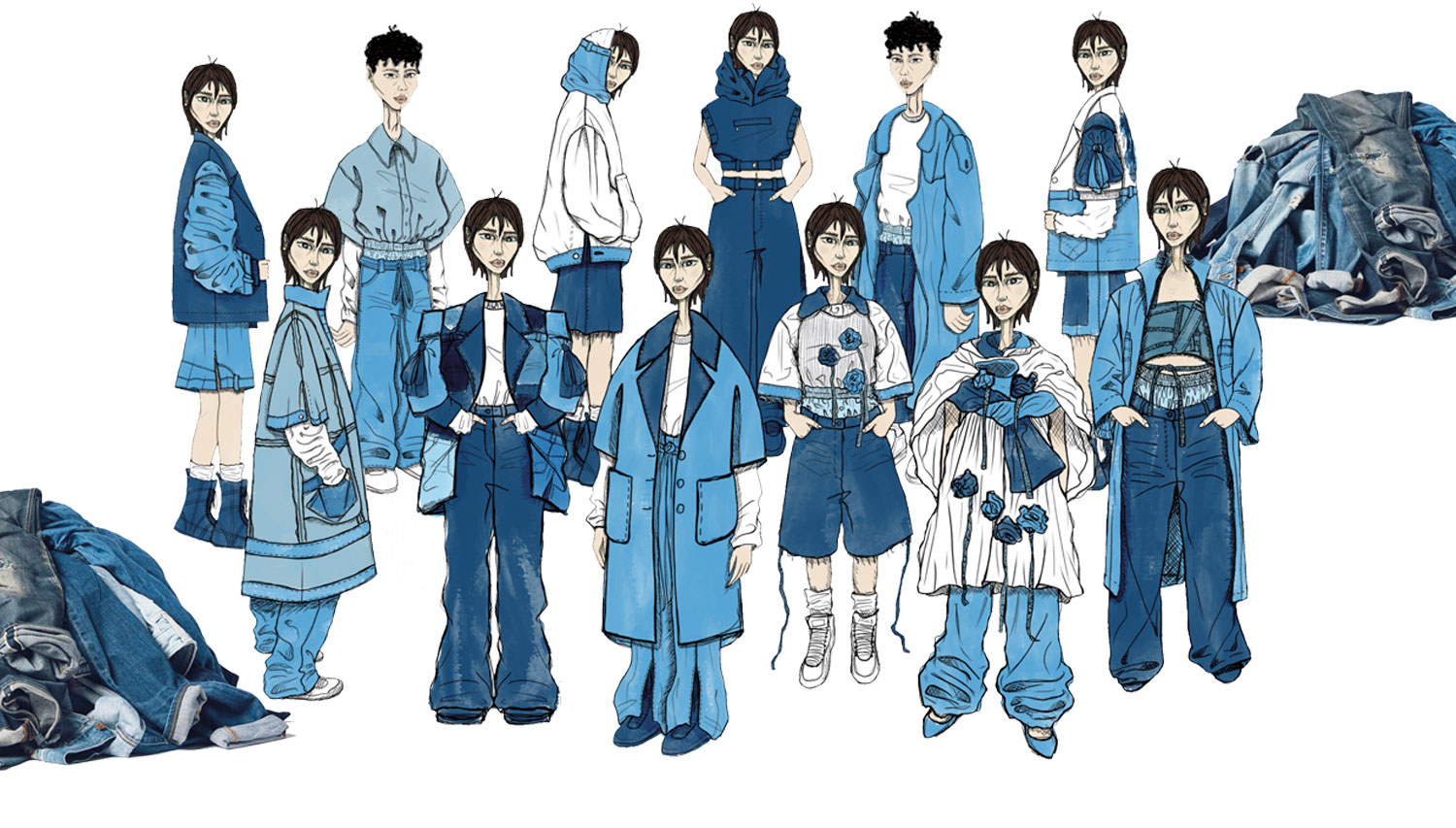 Lucia selected six out of twelve designed outfits, and realised them to be presented for the last collection exam at Istituto Marangoni Milano. She also realised accessories as hats, using cuts of her dad’s vintage Levi’s jeans, creating a patchwork of different pieces of denim for the wide hat, and some sort of dreadlocks using jeans stitches, which were applied on the head perimeter of a denim baseball hat.

Here below are the realised six outfits of the ‘DENI.ME’ SS2021 collection.