Meiqi Peng was initially interested in making waterproof materials. Through the anatomy of the existing raincoat‘s textile, she found that most current waterproof materials are non-degradable. The production process will bring a negative impact on the human body and the climate. Being inspired by a water-repellent mushroom called Split Gill Fungi, she realized that this could be a solution to solve the problem.

She carefully considered the whole manufacture process of garments, including the source of the material, the production process, and after use. By a sustainable manufacturing process, she natural dye, hand-sewn and weave the recycled cotton. After a lot of biological experiment iteration, she eventually invented a degradable waterproof textile.

Inspired by the Split Gill Fung’s shapes of wrinkles and curves, she hand-weaves natural dyed yarn into fabrics, imitating the morphology of Split Gill Fungi and placing them on different parts of the human body. Then she tried to PS these parts separately and reassembled them into a new look.

In terms of design sketches, through the dissection and reorganization of different parts previously, she designed a series of the biologically inspired garment of organic shape. After continuing the design iterations, the initial design has developed. With computer technology, she simulated the design process in software to reduce waste during prototyping. 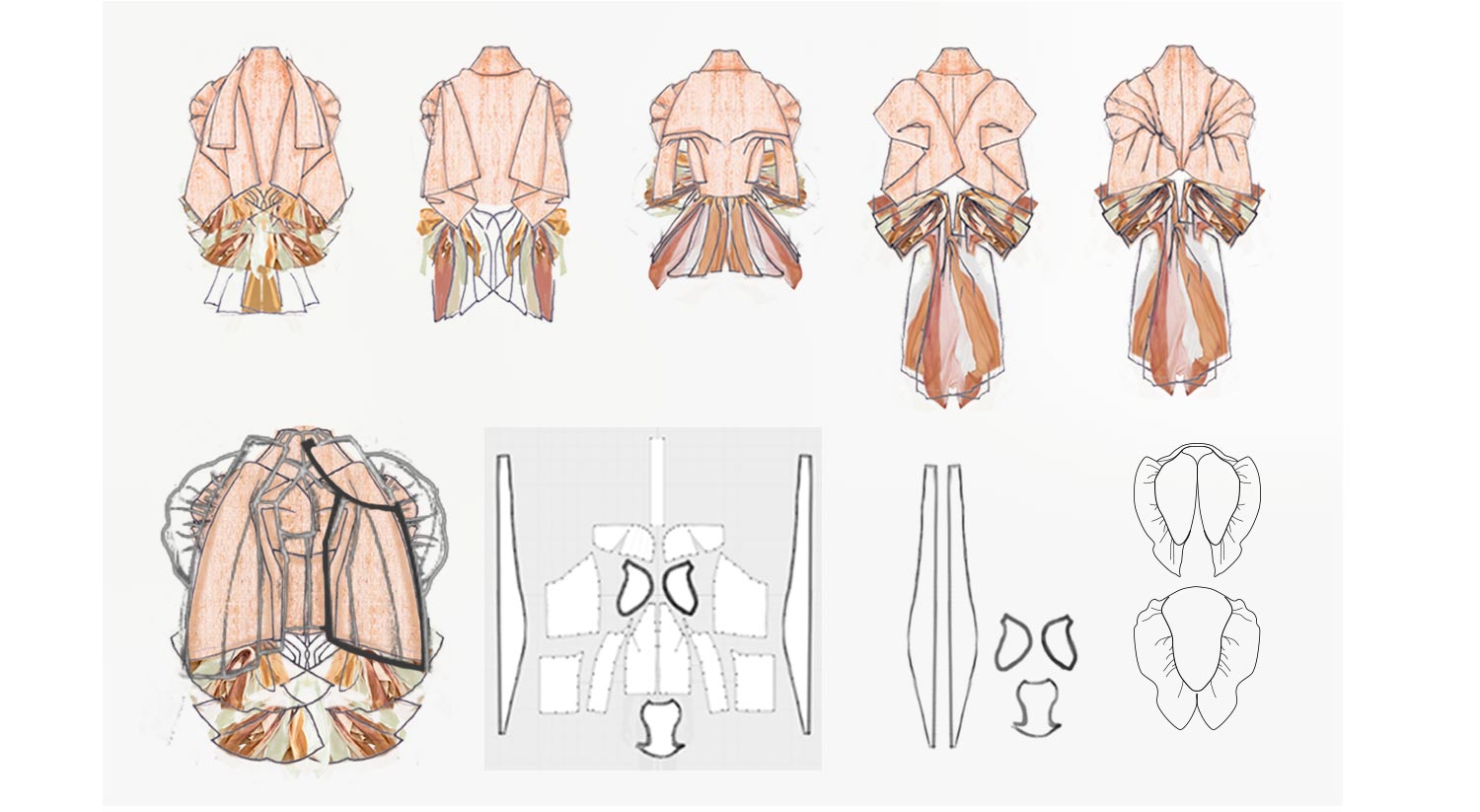 Nature had its own logic and method to prosper. Even if we want to intervene in its growth, it will still follow its original way. So in this project, the materials did not grow according to my design. So I modified my plan and co-designed it with nature. Through combining computer science, biotechnology and traditional handicrafts, the completion of this project exceeded original expectations in many aspects.