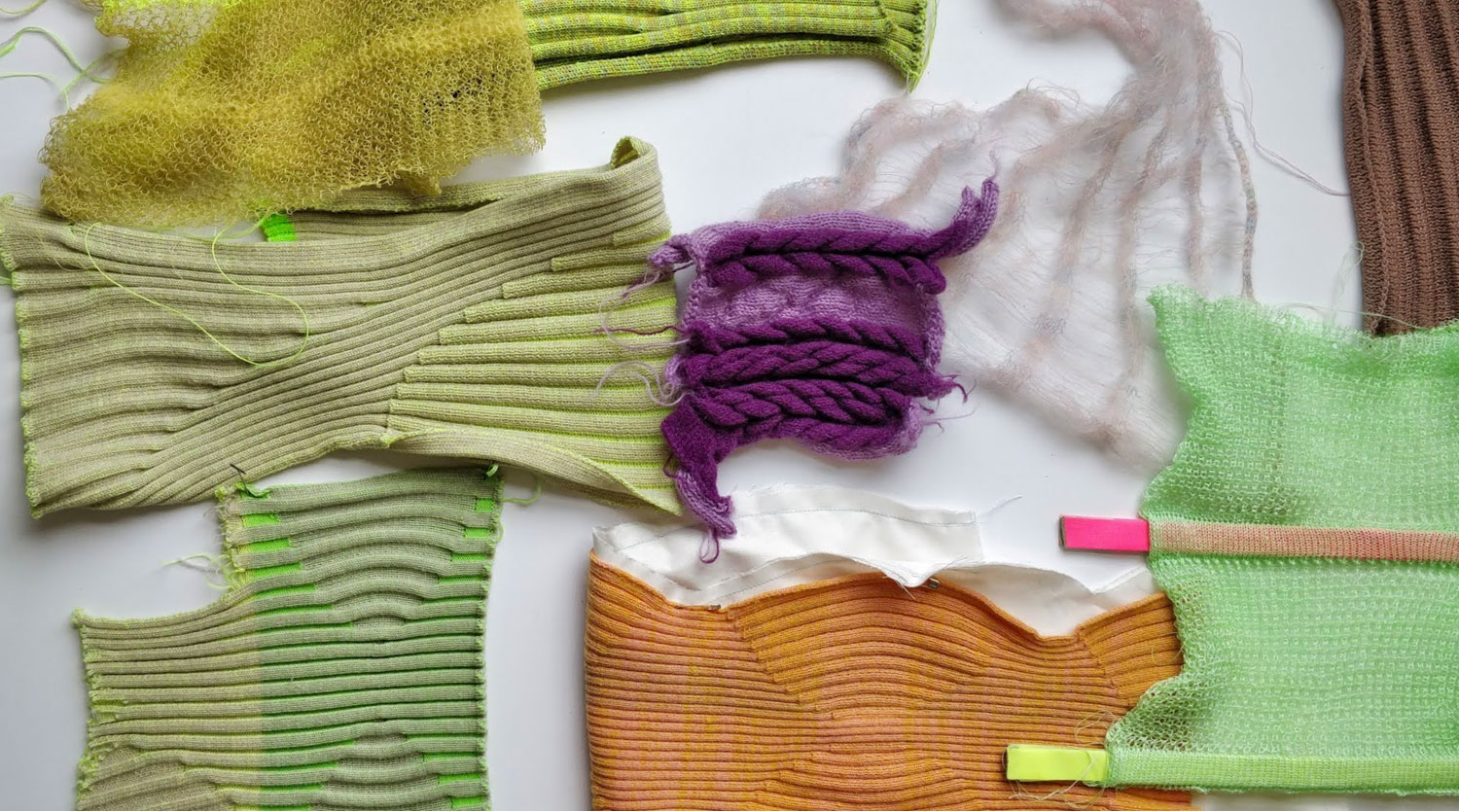 Millicent Sanders’ ‘Mad George’ takes inspiration from the British Regency era which emerged following the escalating madness of King George III. The collection draws on popular silhouettes, architecture and interior fashions, as well as trends in food, drink and etiquette. Blancmanges, syllabubs and flummeries are examples of particularly popular jellied desserts of the period. Recreating these unusual recipes created a mass of visual inspiration for colour and texture, (besides being a great lock down activity). 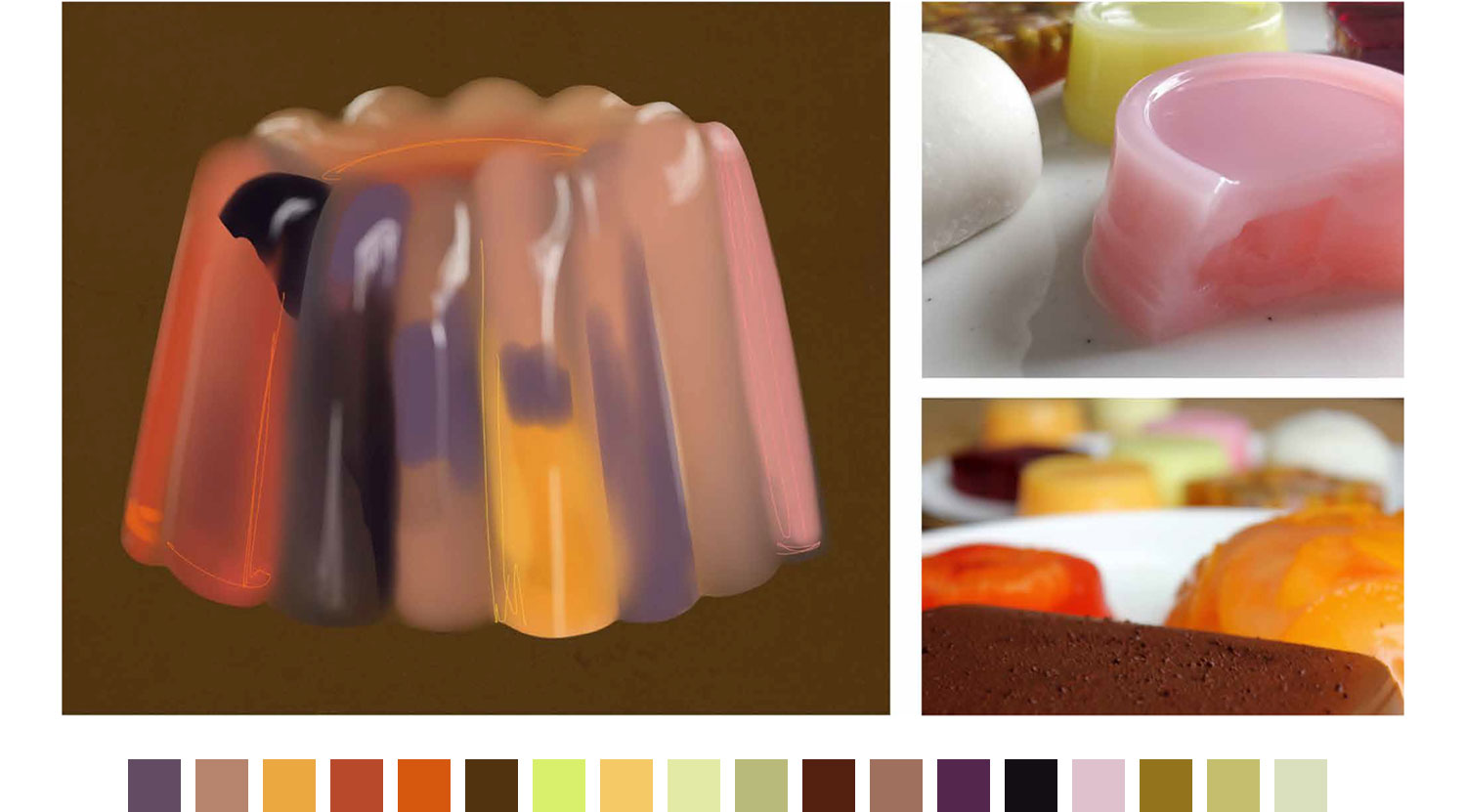 Collecting a wide range of historical references from the early 1800s, including: headwear, jewellery, fans, purses, gloves, gaiters, stockings, collars, footwear, undergarments, overgarments, (menswear & womenswear). Sanders takes shape and pattern design from a mix of objects of the era to create a mash-up of Regency style pieces. These shapes were then mapped out stitch by stitch, knitted directly into 3D pattern pieces to fit the body. The images below show reference pictures for gaiters 1800-1815 (V&A), alongside development pattern pieces testing dimensions, curve gradients, colour proportions, tension and linking.

As a textile knit specialist, Sanders approaches design whilst working at the machine. Colours, textures, sheen and hand feel can change dramatically with every slight adjustment. Vigorous colour sampling swatches were made to blend the desired hues from multiple coloured threads. Gradient and shaping swatches were also developed through multiple swatch tests, with adjustments being made stitch by stitch and row by row. Plating neon colours with neutrals also created a playful design feature, shown while the textile moves.

Sanders research books contain mostly off-cuts from packaging and found colour samples alongside yarn trimmings and notes for blending colour. Each colour is carefully considered and palettes are composed based on opacity, reflection, sheen and materiality as well as hue, saturation and tone. Names and meanings of colours are also prevalent throughout this project as a key historical connection. ‘Scheele’s green’ and ‘mad purple’ both carry significant histories tied to the Regency era. 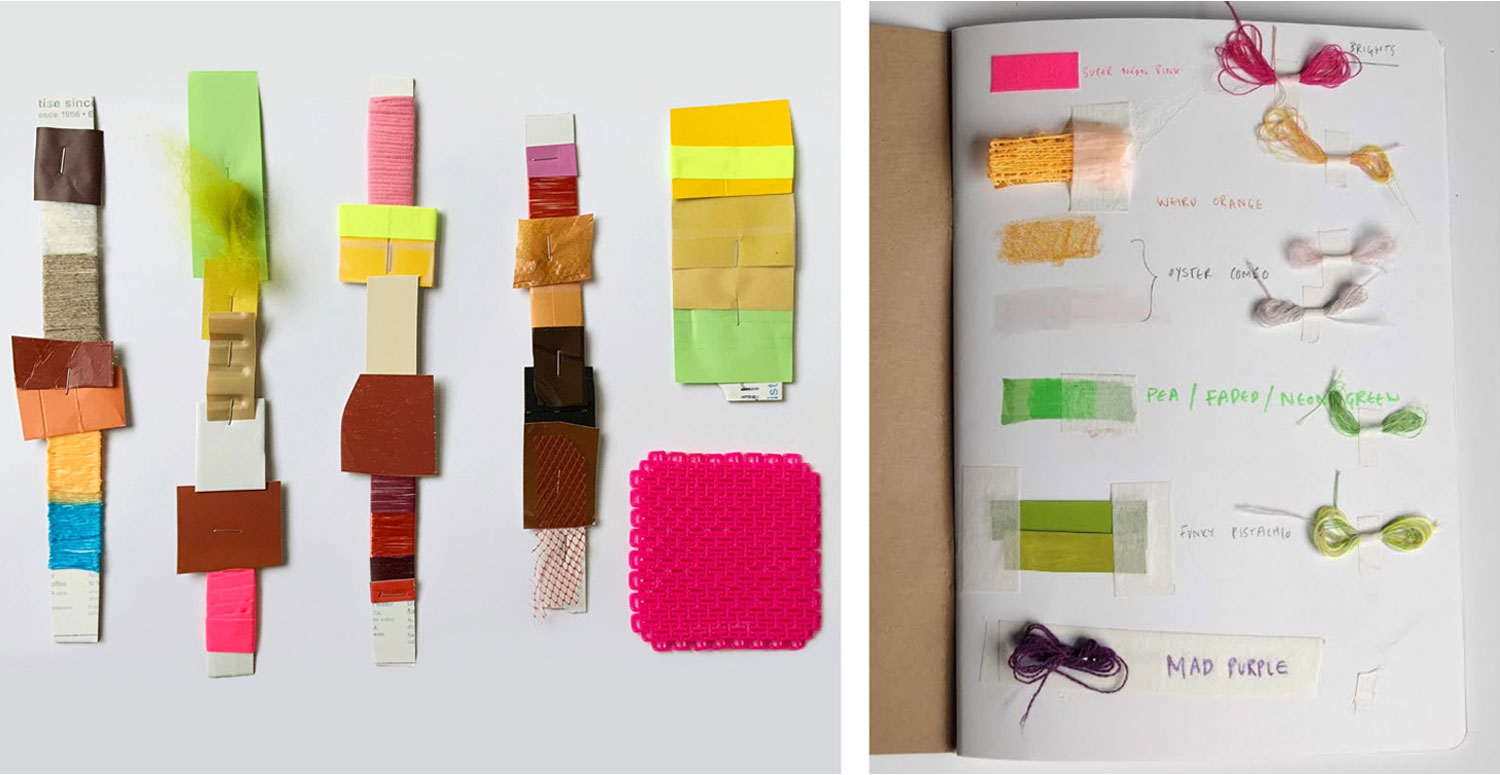 Aluminium has been used by Sanders to recreate solid structure and support informed by boning typical of Regency garments. The Aluminium has been explored and played with by Sanders as a new material. Sheets of aluminium have been sublimation printed, cut and moulded. Sublimation prints include digital imagery of jelly textures and digital drawings. Drilled holes create opportunity for the pieces to be integrated with the textiles through stitching and lacing.