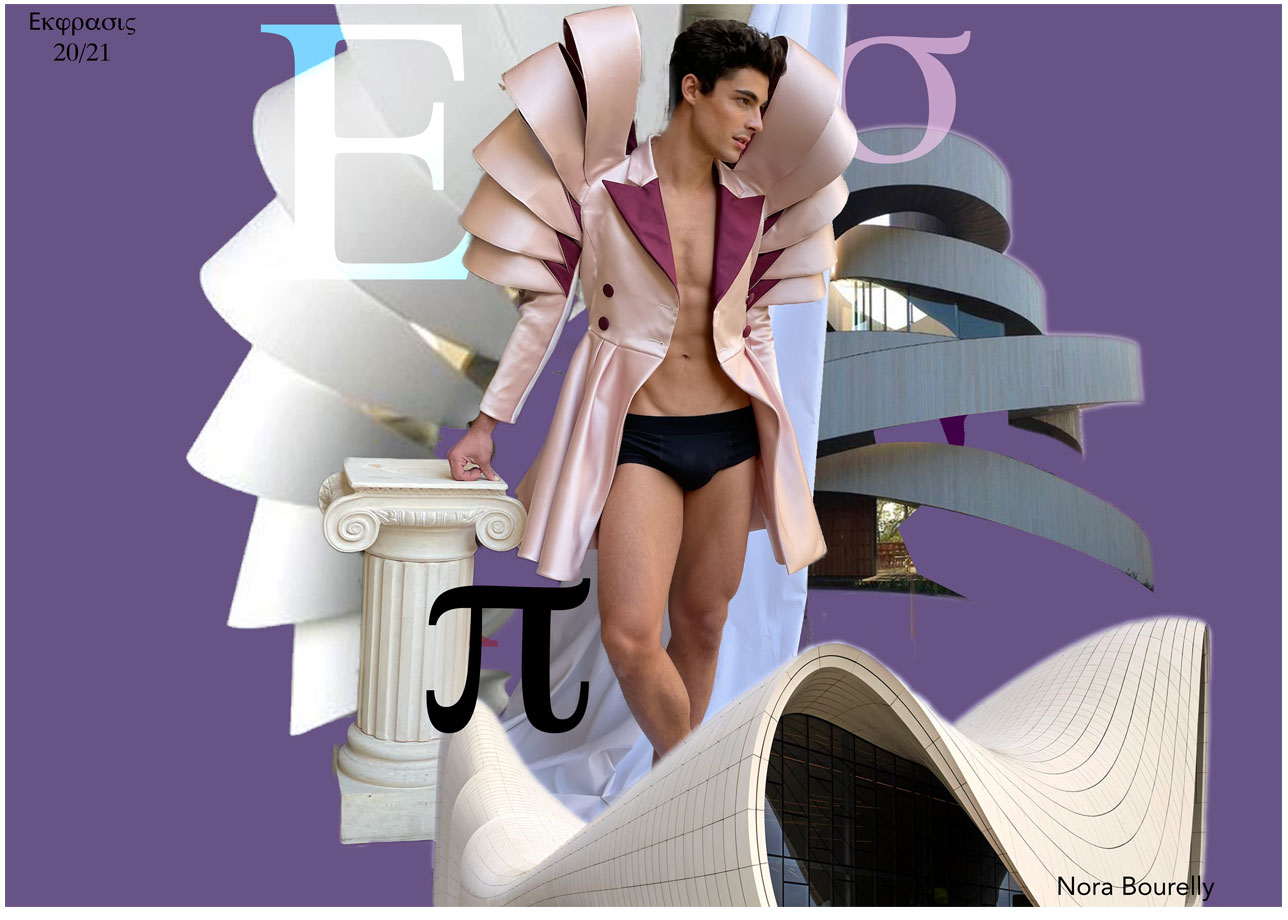 Ekphrasis. Nora decided to call her collection this because ecphrasis is generally considered a rhetorical figure in which one art attempts to relate to another art by defining and describing the essence and form of the original art, and in doing so "reveals" and "brings to life" details normally invisible to those who are not experts in that particular art form. Her project was born thanks to the deep interest she has in art, and thanks to her belief that fashion has a fundamental artistic dimension that is its own.

Nora Bourelly's Ekphrasis collection is inspired by art. More precisely to architecture, the futurist and deconstructivist one of Zaha Hadid, which blends softly with a note that recalls what is Greek architecture in the classical age (for the purity of its forms). An architecture that is also found in front of the great couturier Roberto Capucci, master of sculptural clothing, the stylist Viktor and Rolf and the couture of John Galliano for Dior. All the garments made have 'avant-garde' volumes, architectural precisely, but made with very classic classic fabrics that are used in high fashion: double satin, moiré, shuntang and mikado.

She had to experiment and work a lot, especially with the moulage technique, to create all the 'structures' from which each dress is made. Behind each garment there are weeks of testing and experimentation. The research was meticulous in every detail. The precious Taroni fabrics were chosen, the same ones that they used and still use today, the same designers who inspired the collection.

This is the line up of Nora's final collection. This collection was born from a dream with the determination to make it come true and the project was lived as a dream, because at that moment there was something in the designer's imagination before her creative work began. I want to dedicate my collection to my father, a great architect who died a few years ago, and to all women, especially those who, like me, are not afraid to dream and dare. Dare women, always dare.