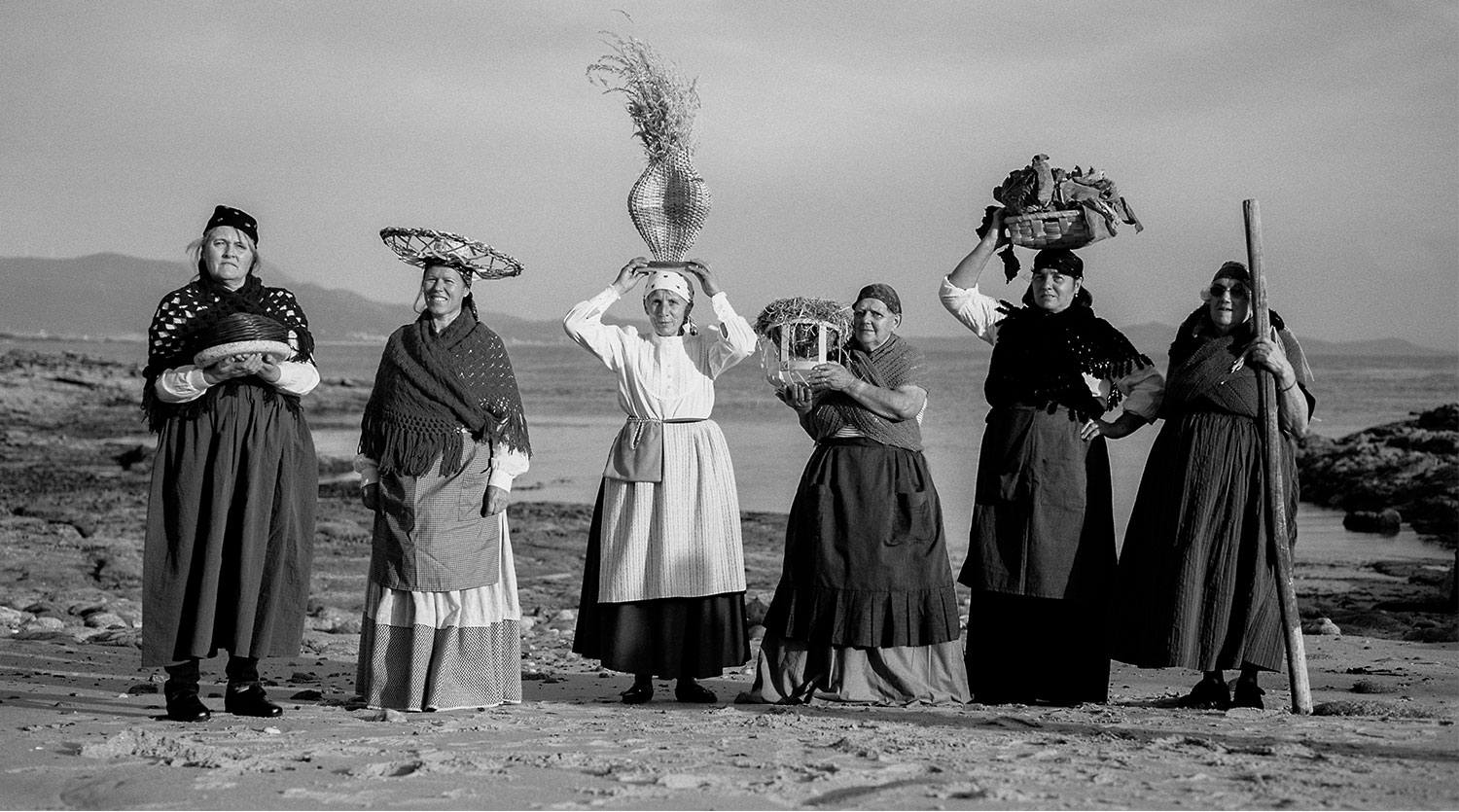 Co-Obradoiro Galego or “Collaborative Galician Creation Space” is a collaborative project between three basketmakers and a biodesigner looking at biotechniques to help regenerate and revive our Galician craft heritage.

Galicia is located in the northwest of Spain, bathed by the Atlantic Ocean. The Atlantic Ocean has supplied the Galician and Spanish populations throughout history, resulting in 602 tonnes of seafood exoskeletons being wasted every year. Moreover, this situation has worsened in recent years, due to the manufacturing of fishing tools moving away from traditional fishing crafts by local basketmakers.

Therefore, the objective of our project is to develop a flexible and biodegradable biomaterial -compatible with Galician basketry weaving techniques- from a flexible biopolymer found in the seafood exoskeletons (usually an unused waste source), chitosan.

A Galician well-known international element, the scallop shell, translated into a basketry weaving technique Biotechnique: weaving biomaterial from the king and ox crab.

A reinterpretation of a typical Galician basket for carrying fish in the head called patela mix with the traditional Galician hat | Biotechnique: weaving biomaterial from the king and ox crab.

During the production stage, traditional hand weaving crafts with vegetable fibers are applied simultaneously alongside new extrusion biotechniques. While the design outcomes aim to rebuild Galician identity, reinterpret existing components present in the Galician culture, and reclaim crafts using elements from the sea. 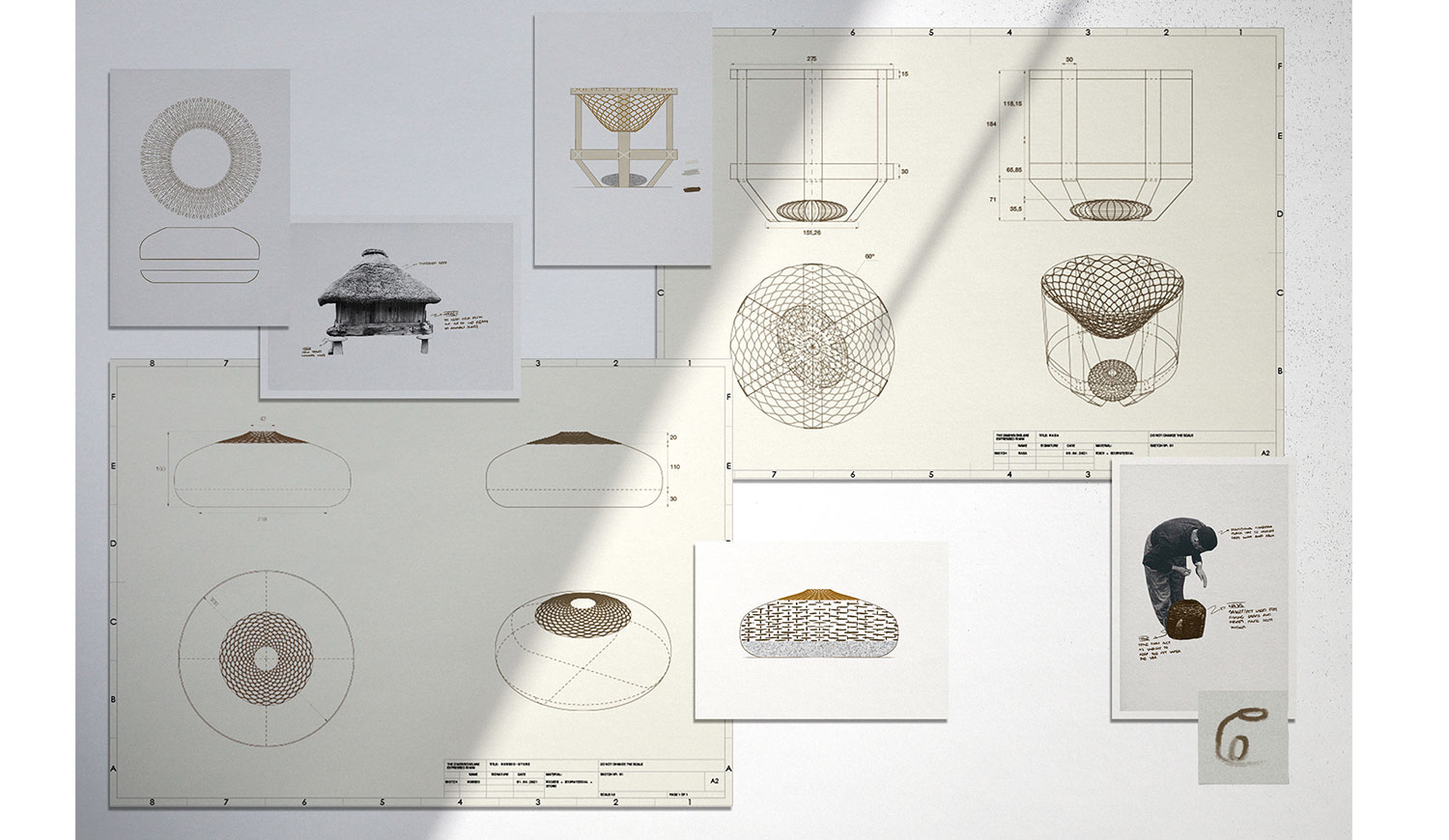 A design piece that celebrates basketry as the first craft because of food preservation need | Biotechnique: flat extrusion process

Collaboration with the Galician basketry community formed the starting point for this project. Many thanks to Rubén Berto, Enrique Táboas, and Carlos González.