刹那 is the word that represents the shortest accountable time in Chinese, and equal to 1000000000000000000 / 1 second. This is a project about distortion, transformation and the complexity behind simpleness.

The project begins with a part of my memory from childhood. When I was younger, I used to sit in my father’s car and look at the things moving backwards outside the window. I always enjoyed looking at the fence beside the highway. When things quickly moving behind the stripes of fence, I see the shape of the things being broken, distorted and twisted, which amazed me a lot. I found myself replaying that scene though I may have passed it, which make me feel that moment being extended and bring me much more than its appearance. This is also the reason why I make 刹那 as the project title.

I want to catch the feeling of a moment being extended and create an exploration-based project that plays with the translation between two dimensions and three dimensions. By involving the photographic way of seeing, I started my experiments on extracting and transforming information from both dimensions, which became the building blocks of my design. 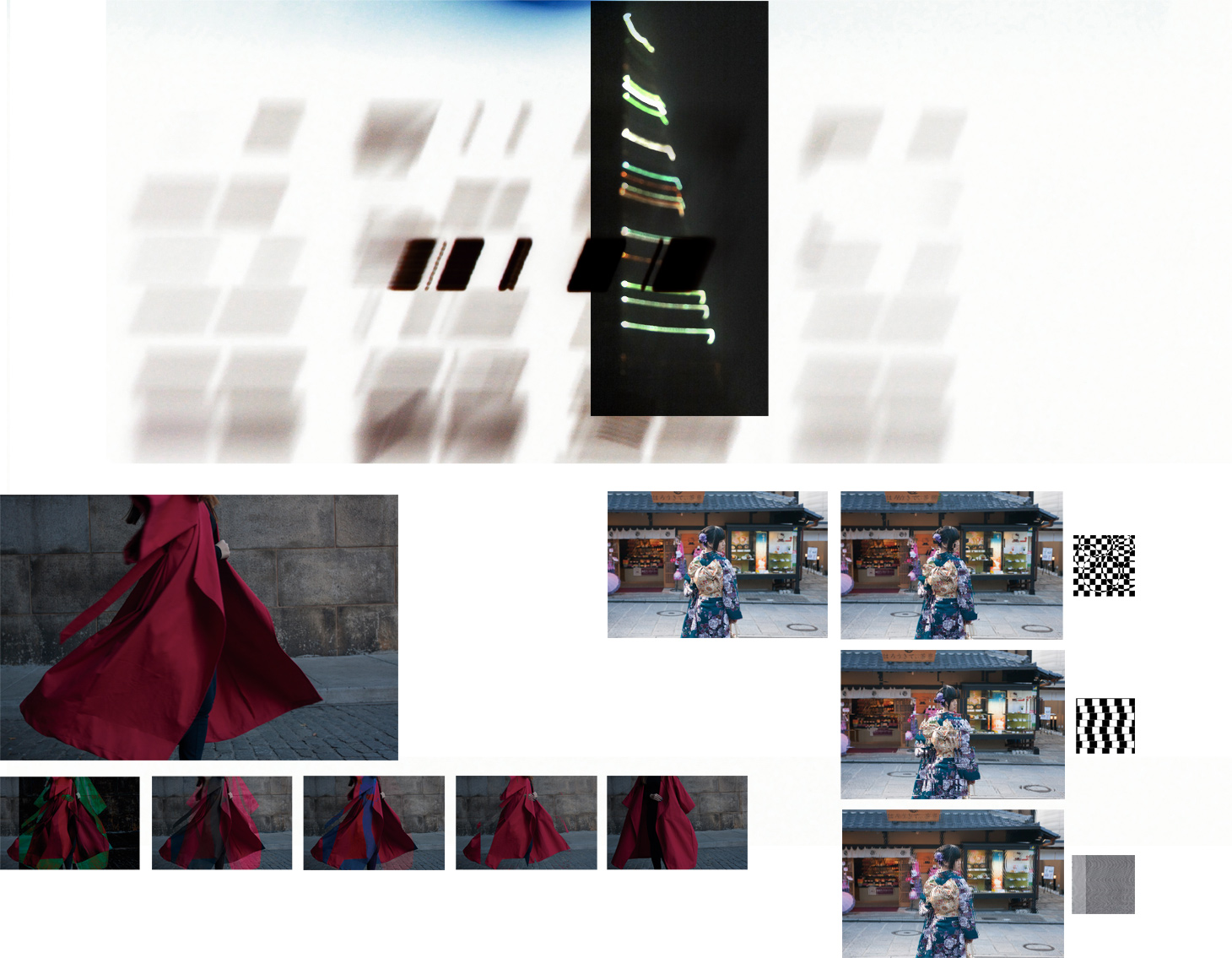 I started a series of experiments on reconstructing my past photography works and did some exploration on creating optical illusion effects.

I repair camera as a way to realise myself. Every times when I open a camera, I always be amazed by the complexity under the clean, simple outer shell. 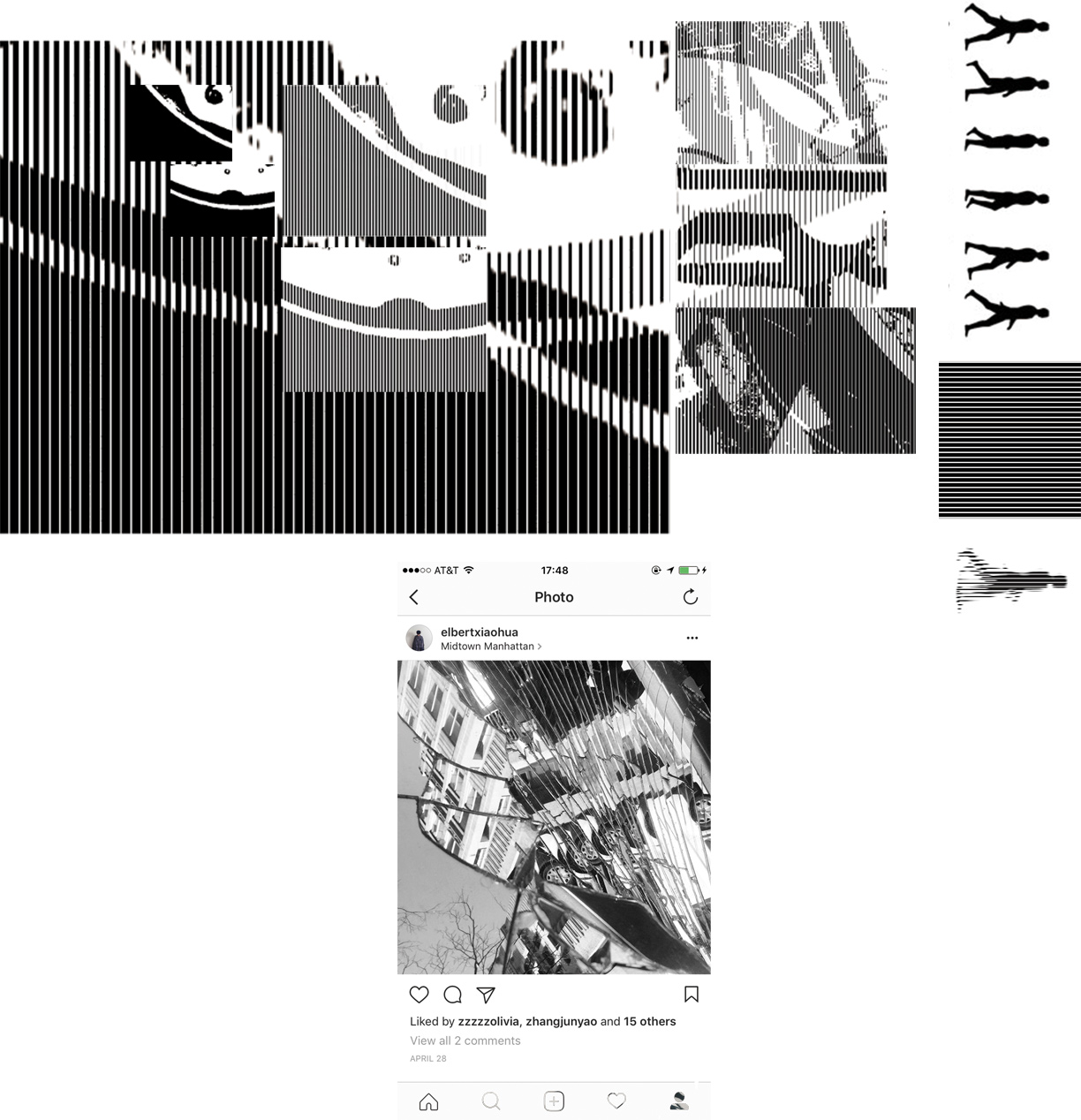 A Story About a Mirror?
In an ordinary afternoon when I was walking on a ordinary street, I walked through a pile of trash, with a broken mirror in it. The feeling of discovering something happened and make my mind stay in front of it through my body has walked through it. I realised what stopped me is the reflection in the mirror being broken and become a extreme beautiful pattern. The normal scene on the street became so enriched in the mirror. 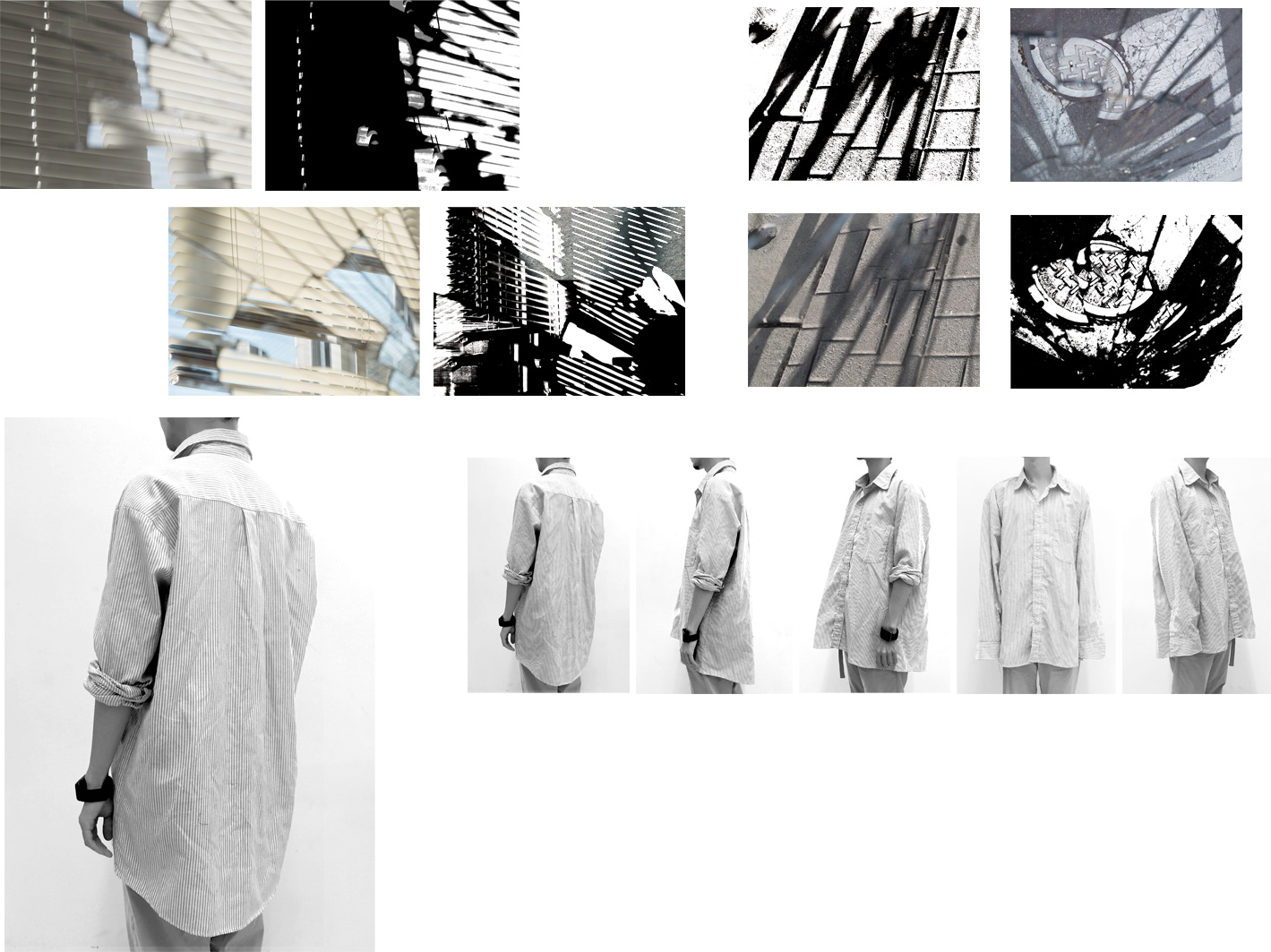 A 'Basic Garment'?
I decided to keep my exploration on clothes, and I pick striped shirt as my base, becasue it is the piece that I wear a lot and means a very basic garment to me. 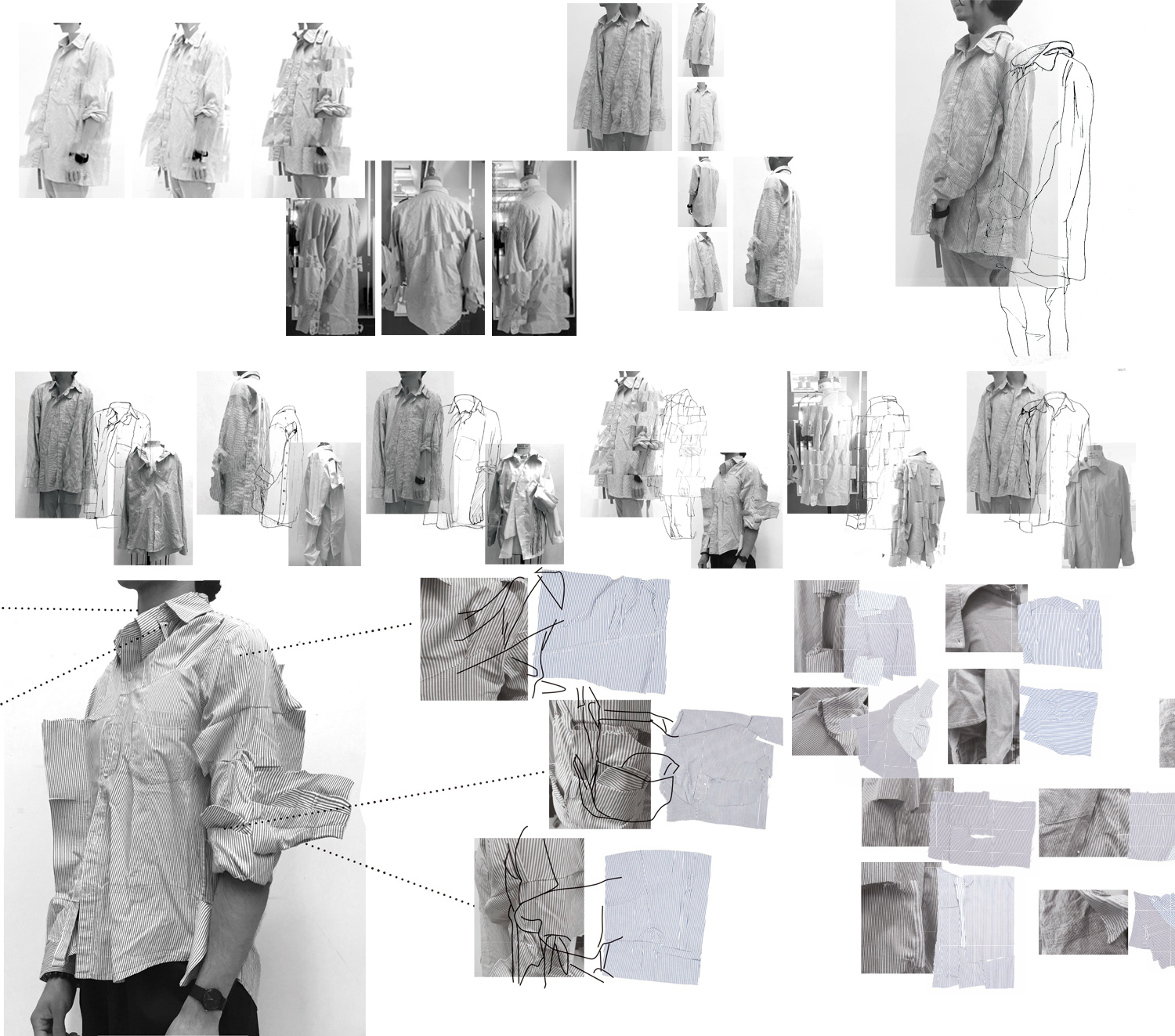 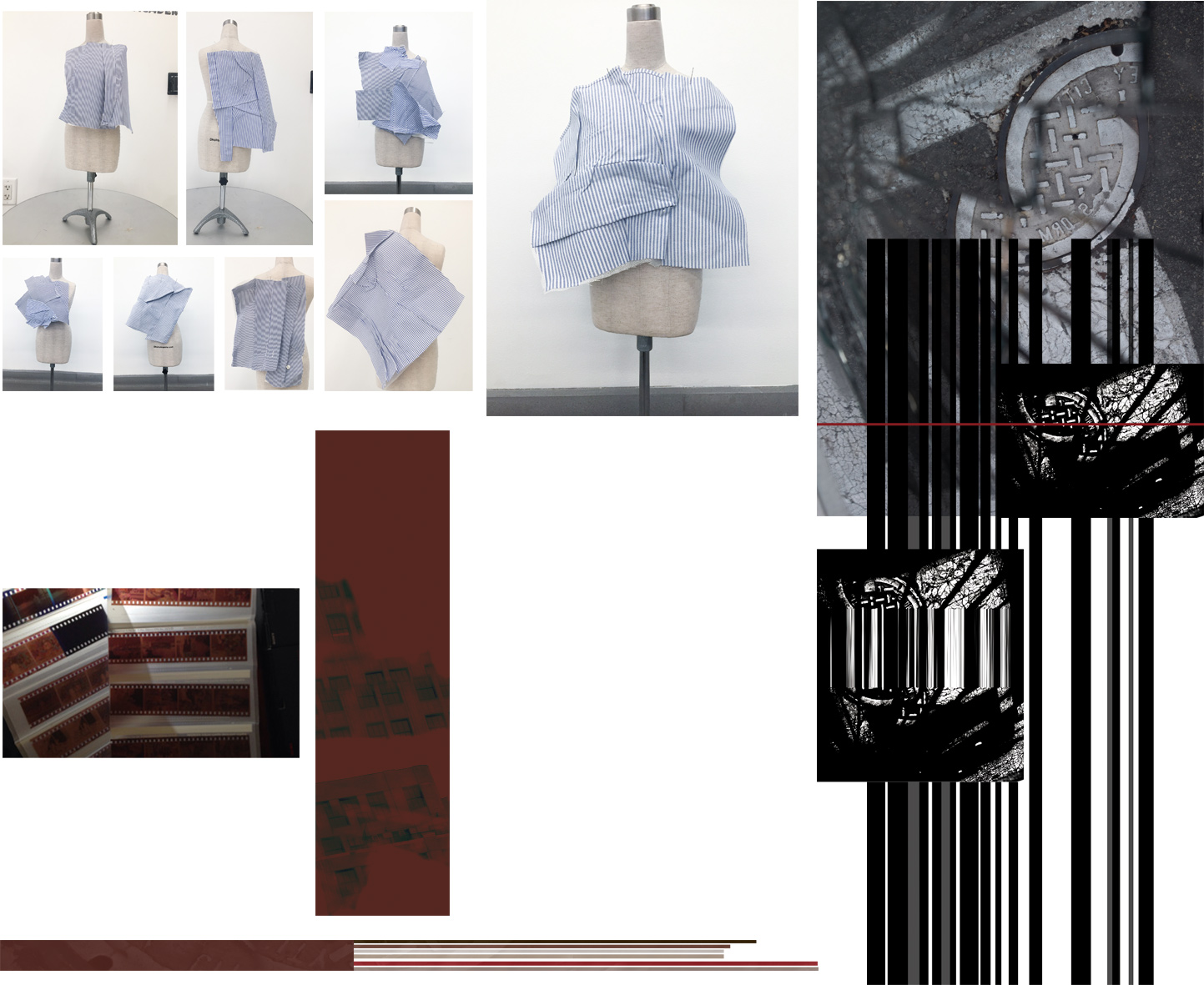 The Colour of Film
Since this is a project based on my memory, I want to take the colour of film as my colour inspiration.