For this project, Ruaa wanted to create a dreamlike fantasy land and an escape to the beholder translated in unique, ethereal garments and illustrative prints. She was interested in exploring the fairytale world and other realms, discovered in our childhood, contrasting the essence of Disney with the darkness of the Grimm brothers, and bringing back those elements of innocence and adding colour to it.

The collection consists of delicate prints in pastels tones. Digital techniques are a heavy influence, with a rely on digital printing for the textiles, using high-quality fabrics from carefully resourced suppliers. Ruaa first hand drew the artworks then digitally printed them. Each was applied with brush strokes to evoke a feeling of rawness, influenced by another source of inspiration for this project which was the romanticism era, taking inspiration from the nature aspect and showcasing it through the artwork in the prints with the appearance of flowers and leaves as motifs. 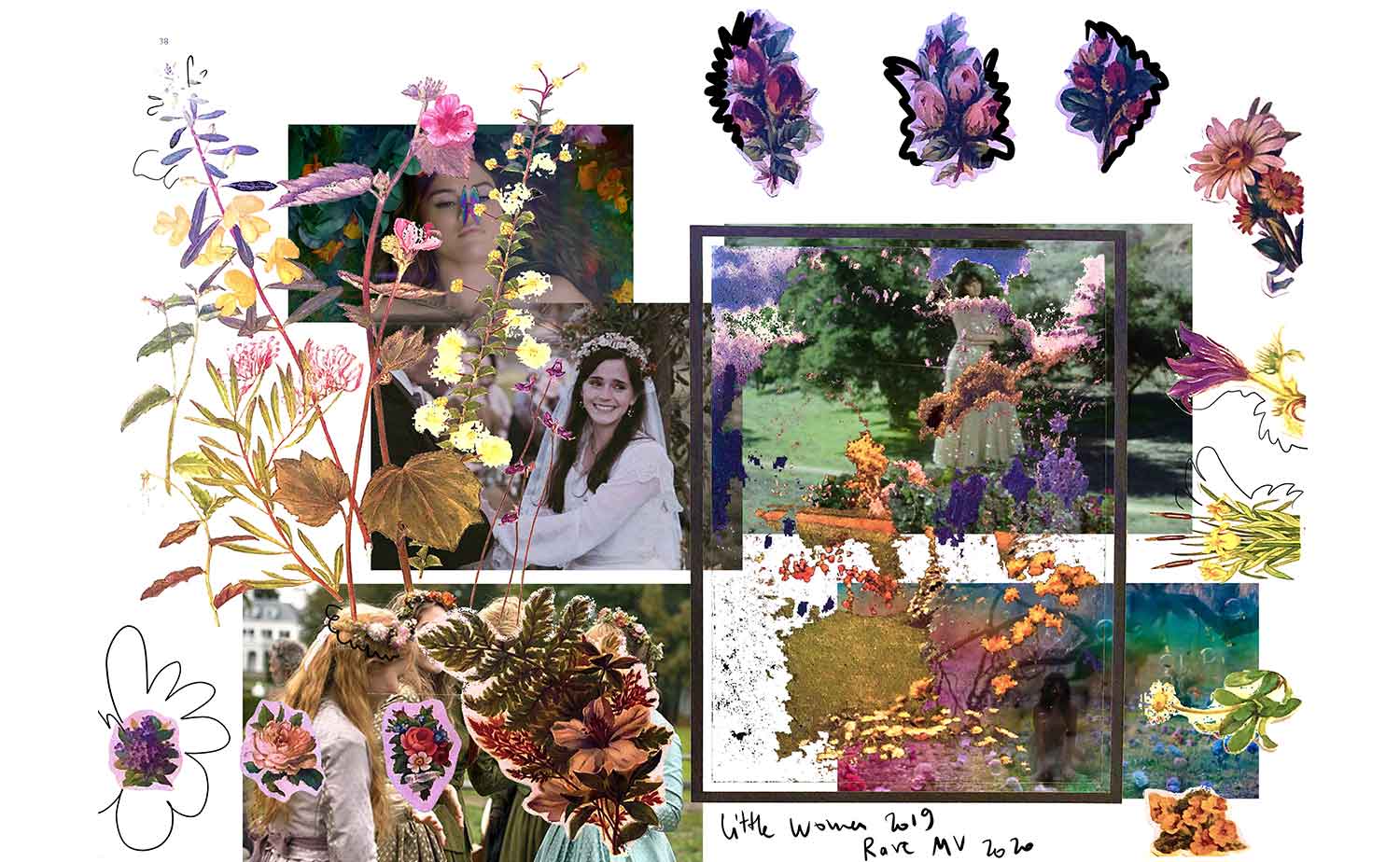 The garments in each line-up, takes inspiration from different sources, such as the regency era, explained in the movie Emma (1996), and the movie Little Women (2019), which has also influenced the created narrative in this collection, by mirroring the bond of sisters and the colours in displayed in the cinematography. A flowing, delicate ethereal collection shaped by examples such as the Disney princesses, fairies and the Rare music video (2020). 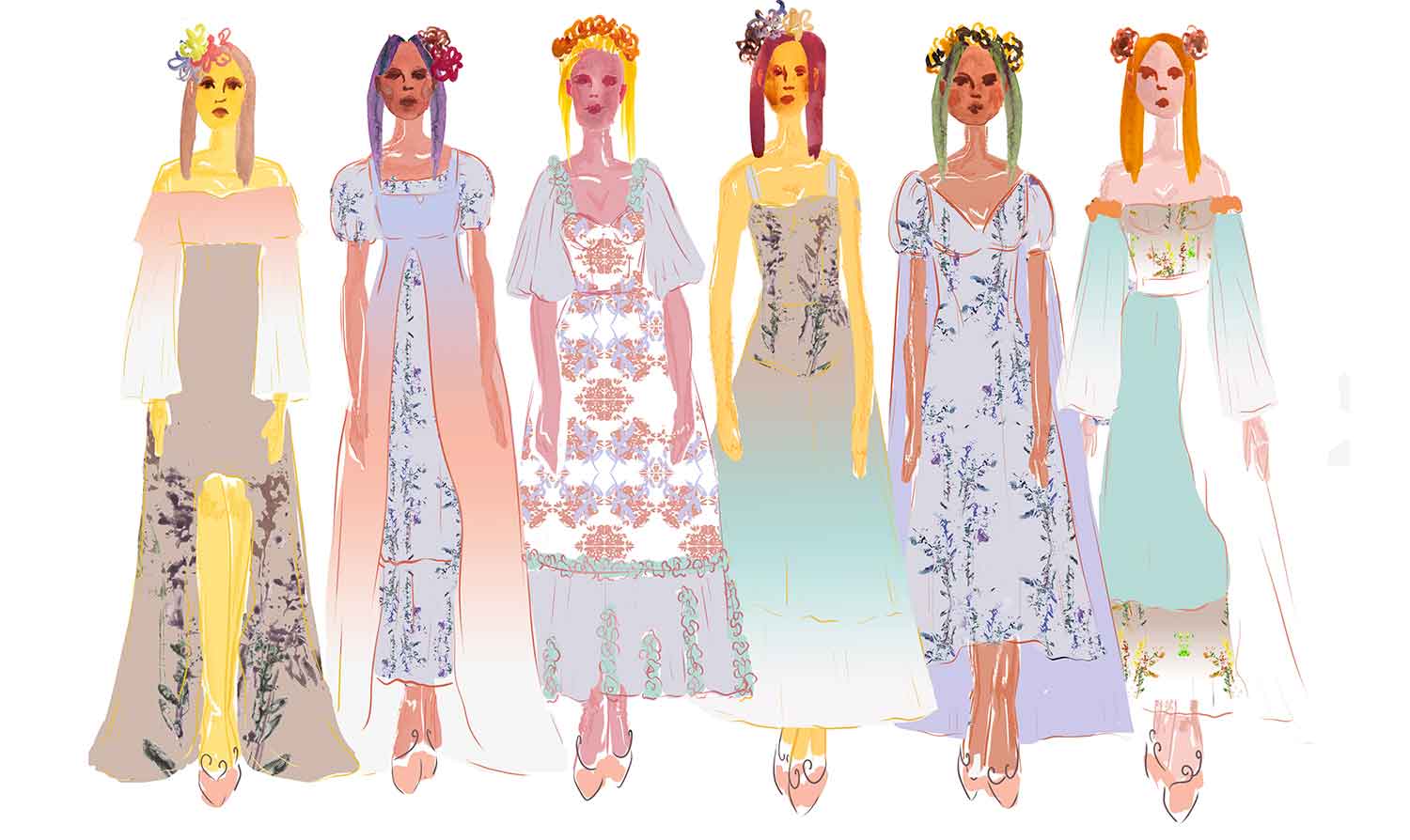 The ‘Once Upon a Dream’ collection follows the journey of fairy princesses as they escape into a dreamland, away from reality. The line-up illustrations envision fairy-like creatures, to evoke the feeling of fantasy. The garments offer delicate movement and a feeling of lightness and fantasy, that started with sketches and outlines of bodies at an early stage of this project, after researching artists such as Alfons Maria Mucha, Francoise de Felice, Emile Auguste Pinchart and France-Lise McGurn.