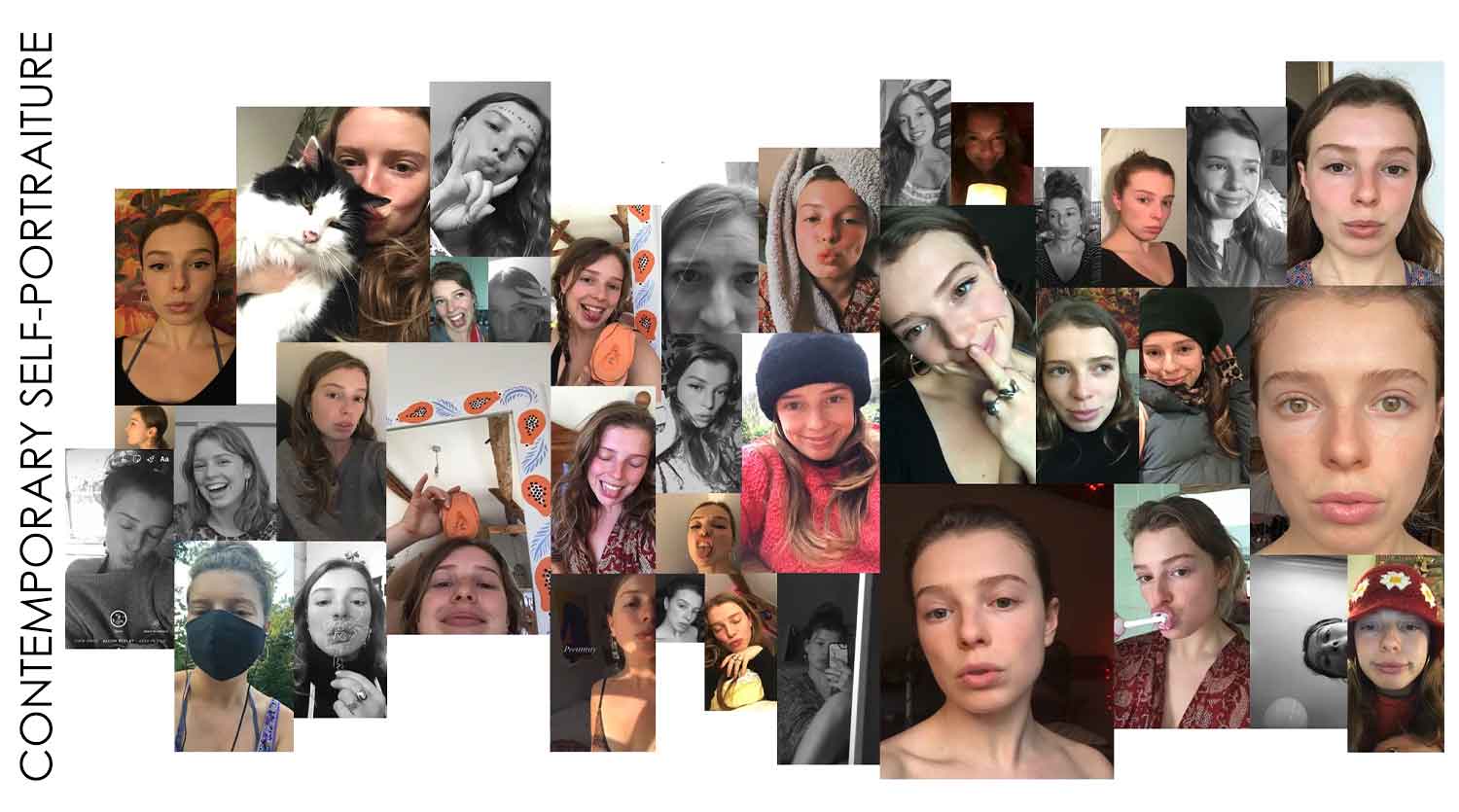 A selection of selfie self-portraits captured over lockdown. During her isolation, Ruby gathered selfies through processes of communication and self-gratification. Lack of contact with the outside world inspired her self-study by forcing her to acknowledge the self-documentation she was subconsciously undertaking. Isolation enabled Ruby to focus on her internal self. Devoid of the viewpoints, opinions and emotions of others, she became aware of her outlook, including specific habits and personality traits which influence her perception. 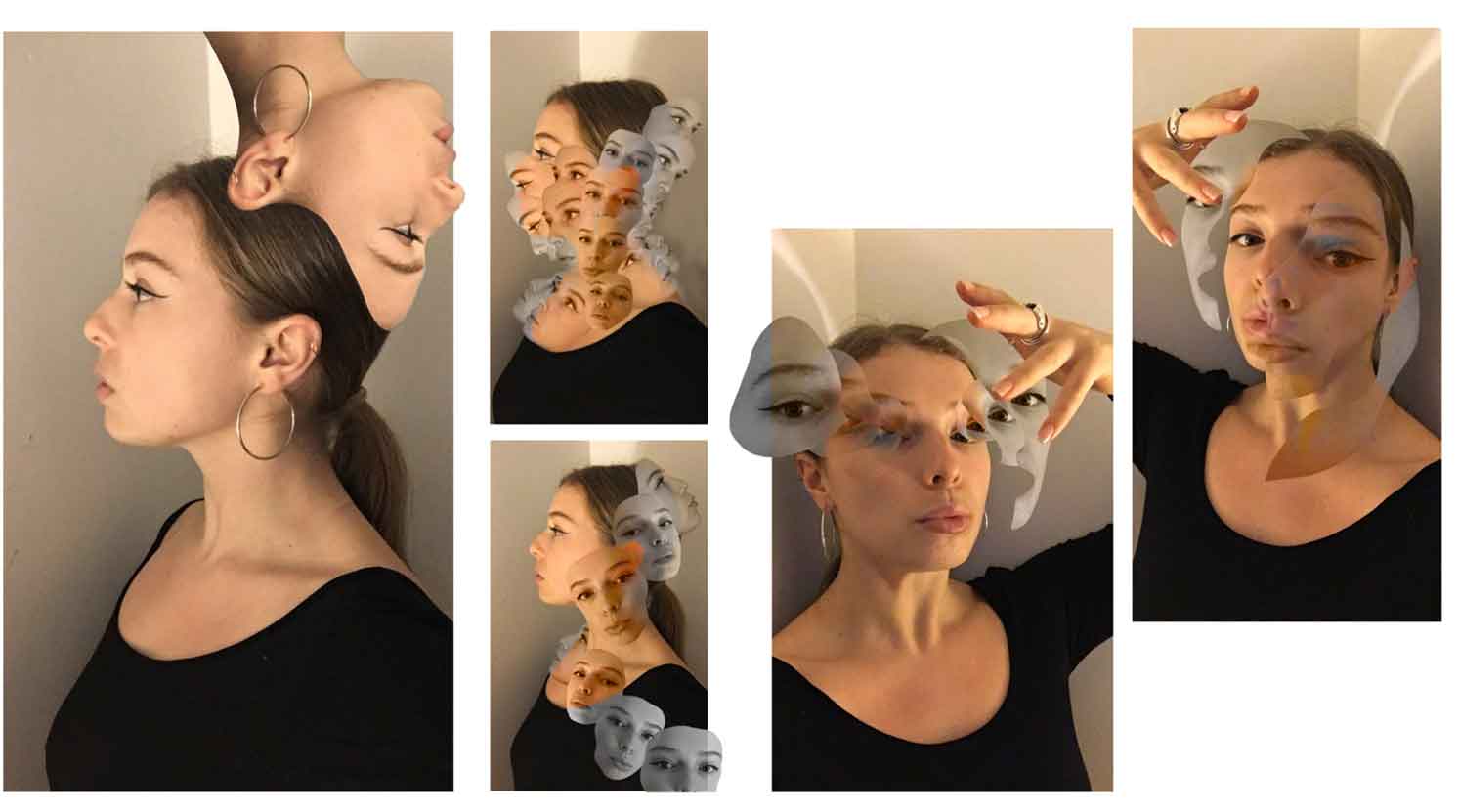 Identity Photoshop Manipulations. Without access to the usual facilities supplied by her course (due to lockdown), Ruby’s practice became largely virtual. Ruby utilised CAD to expand upon her self-study. Through photoshop she modernised self-portraiture techniques, introducing surreal aesthetics of duplication, repetition and the decontextualisation of her face. Her early photoshop studies set the foundation of her collection, inspiring her to pursue digital methods of distorting herself, always endeavouring to externalise her introspective thoughts.

Through her self-study, Ruby began to consider her eye as a symbol of identity; a vessel of the self. Inspired by qualities of repetition and transparency developed in her photoshop studies, Ruby began to direct her digital techniques towards her eye. Her eye became a consistent design feature formulating a strong design aesthetic. A series of eye-focussed photoshop experiments lead to her first eye-wear piece, part of her pilot collection. This piece, constructed of acetate and copper, set the foundation for Ruby’s entire collection to follow. Ruby began to further push the boundaries of eye-wear by distorting her eyes in a variety of ways, creating visual illusions by extending, dispersing and repositioning her eye.

Ruby’s final collection line-up. Ruby’s making process begins with creating photoshop design images which she challenges herself to bring to life through her practiced use of printed acetate and metal. Her designs have all successfully been physically animated but retain a surreal sense of digital crafting which provokes strong reactions from her audience, intriguing some and disturbing others. Her pieces appear as a succession of material augmented-reality filters, blurring the lines between the real and virtual realms of face-wear.

The objective of her collection is to depict a series of self-perceptions she developed as a result of her isolation, challenging the conventions of traditional self-portraiture. Her pieces (in order) are titled: Narcissus, Witness, Ego and Pessimist.